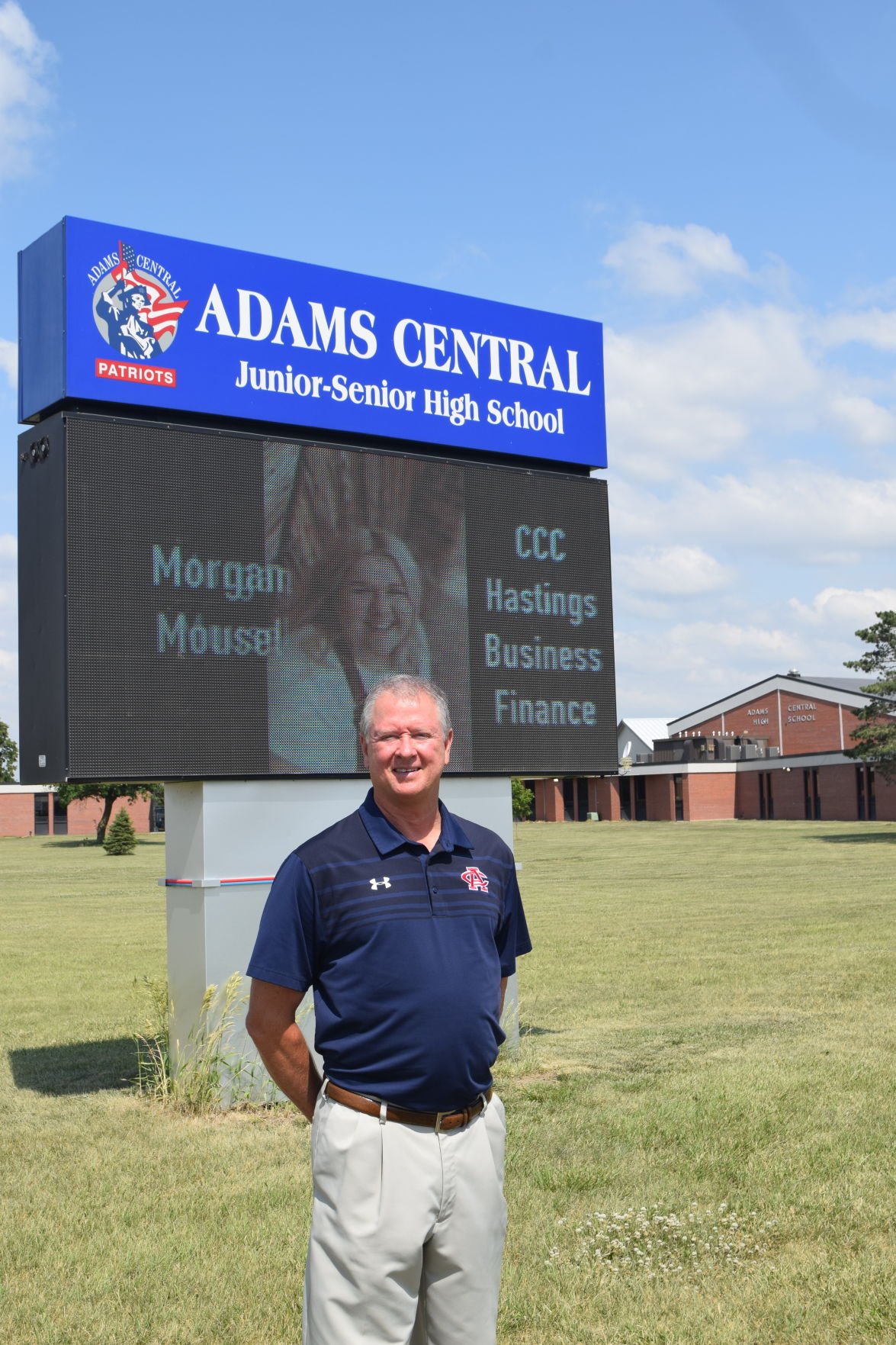 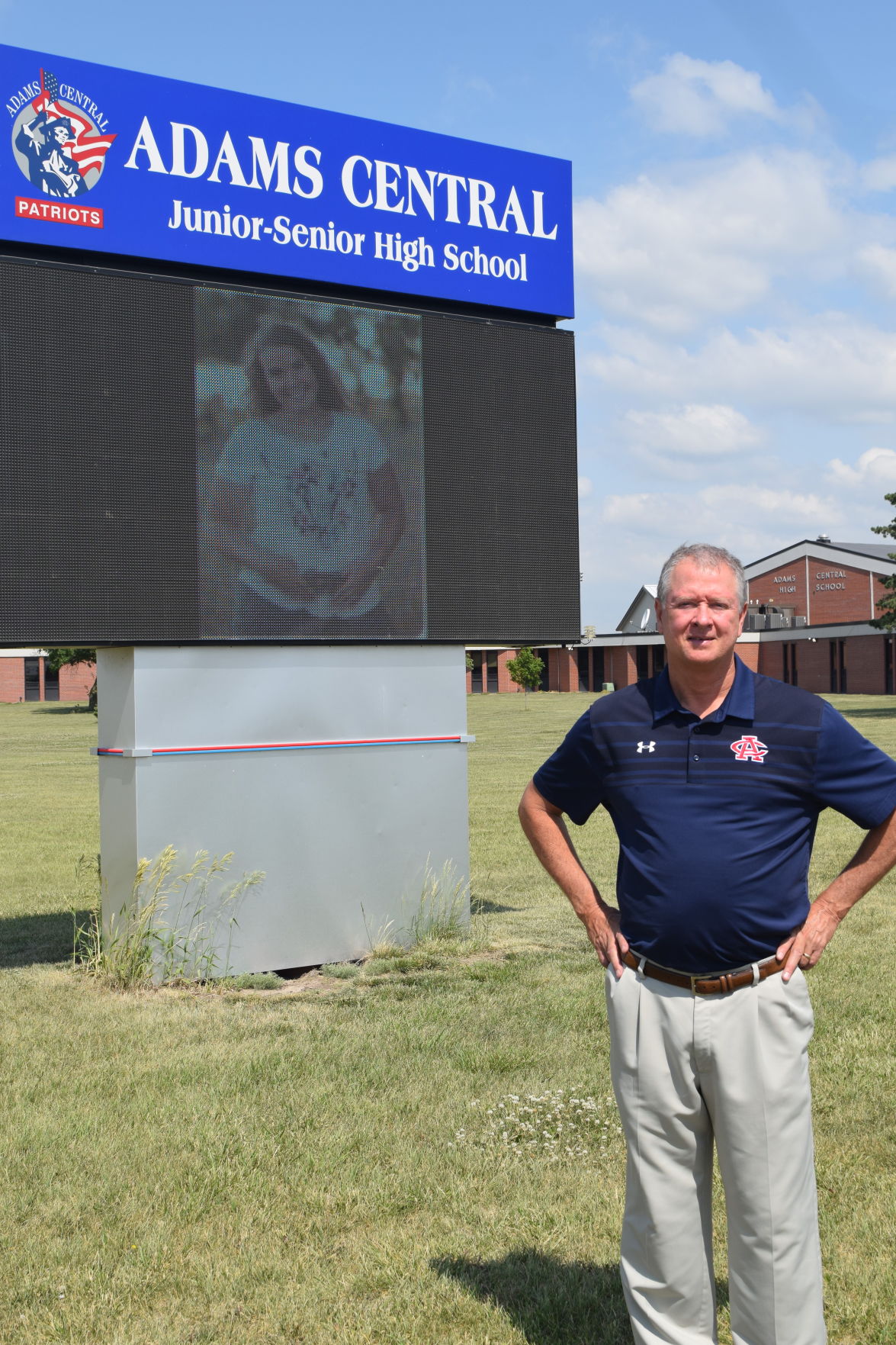 Searching a folded map of Nebraska, Dave Barrett struggled to find Sandy Creek High School when he first drove that direction 40 years ago.

As a recent college graduate who had grown up in Syracuse, he had never really traveled west of Lincoln until he set up an interview for a teaching position at the school.

“I stopped in Clay Center and asked directions. They said it was a school to the south,” he said with a chuckle. “I thought it was a town.”

But south central Nebraska transformed from unknown territory to a place called home as Barrett, 62, spent the next four decades in education.

He taught history and coached various sports for 19 years at Sandy Creek before becoming a principal at Wood River High School. After six years there, he became the principal at Adams Central High School, where he will retire at the end of June with 15 years under his belt.

“I’ve been really fortunate over the years to be in three fantastic school systems,” he said.

Education has long been a common theme in Barrett’s family.

“I grew up in an education family,” he said. “I never thought of doing anything else.”

Barrett decided to be a teacher at an early age. His mother was a teacher, and his father wanted to be.

After one year, Barrett said, his father changed careers and became an electrical lineman because it paid a lot more.

“He wanted to be a teacher but couldn’t support a family,” Barrett said.

His brother taught for 37 years at Weeping Water and recently retired. His brother’s wife also teaches at the school. Their son is teaching at Sidney.

Barrett’s wife, Teresa, works as a paraeducator in the Adams Central elementary school. Both his children graduated from Adams Central High School. His oldest son, Jordan, is a fifth-grade teacher in Gretna. His youngest, Brady, is an assistant basketball coach at Hastings College.

Barrett’s own career in education began after he graduated from Nebraska Wesleyan University in Lincoln and was hired as a history teacher at Sandy Creek. He also coached various sports including basketball, cross country, tennis and track.

He didn’t think he would be at the school long.

“When I left Nebraska Wesleyan, I thought I would teach a few years and then head back east,” he said. “It turned out that I never wanted to leave this area. I had it pretty good.”

He said students in central Nebraska have great morals and work ethics. He enjoyed the relationships with the kids and the competitiveness of the athletics.

He had a passion for sports and was glad to be able to do it for nearly 20 years.

“It was a hard decision to leave all that,” he said. “It was an opportunity that came about, and I decided to try it to see what it was like to be on the other side of the desk.”

That opportunity was a principal position at Wood River High School.

Barrett was a bit nervous going into administration, but he felt fortunate to receive support from the rest of the staff.

“The teachers at Wood River were just fantastic as far as helping me,” he said. “They worked with me and were patient.”

It was a change to go from being a teacher to becoming an administrator, and Barrett missed the direct contact with students.

“I was a little bit more removed from a personal level with students, but I was able to see the school from a big picture,” he said.

While coaching various sports and teaching at Sandy Creek, Barrett didn’t have much time to appreciate the other programs offered by the school. Classes during the day and practices or games at night kept his schedule full, aside from raising a family of his own.

As principal, Barrett was able to attend musicals, speech competitions and other activities.

“I was able to see a lot more of the school, students and what they were involved in,” he said.

Six years later, the principal position at Adams Central High School opened up and Barrett applied for the job in hopes of returning to Hastings, where he had lived while teaching at Sandy Creek.

“We had wanted to get back to Hastings,” Barrett said. “At that time, my own children were entering junior high and high school. It provided an opportunity for my kids to be involved with more things.”

Adams Central was a larger school district with a history of excellence.

“The thing that has impressed me with Adams Central is the quality of the programs we’ve had here across the board,” he said. “At Adams Central, every program produces just fantastic things.”

Barrett wanted to maintain that, concerned it could be difficult for new students.

“They don’t realize how hard it is to be that competitive,” he said. “You’ve got to really work at it. It can go in a hurry if you become complacent.”

He has been impressed by the commitment that both teachers and students at Adams Central have to excelling in anything they do.

Following 15 years as principal, Barrett said, he decided it was time to retire when his contract expires at the end of June.

“It seems about the right time,” he said. “It’s time for somebody else to step in here and move the school on.”

Barrett doesn’t have any plans for retirement, and he finds comfort in that.

As an administrator, his job has been about constantly making plans for years down the road. When he retires, he won’t have to do that anymore.

But he will miss the students and staff at the school.

“The thing I will miss most is walking in those school doors each day and being amazed at what our teachers and students do each day,” he said. “It literally takes my breath away at what our students can accomplish.”