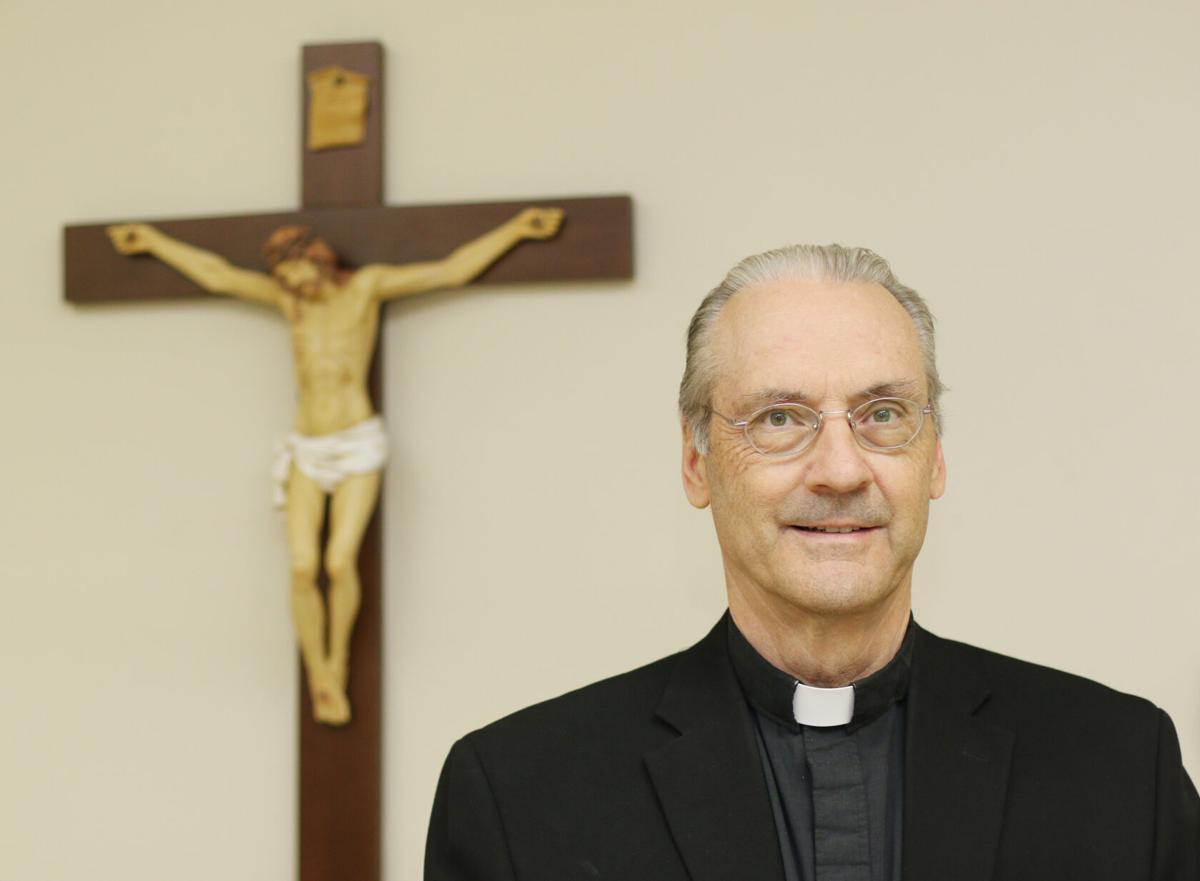 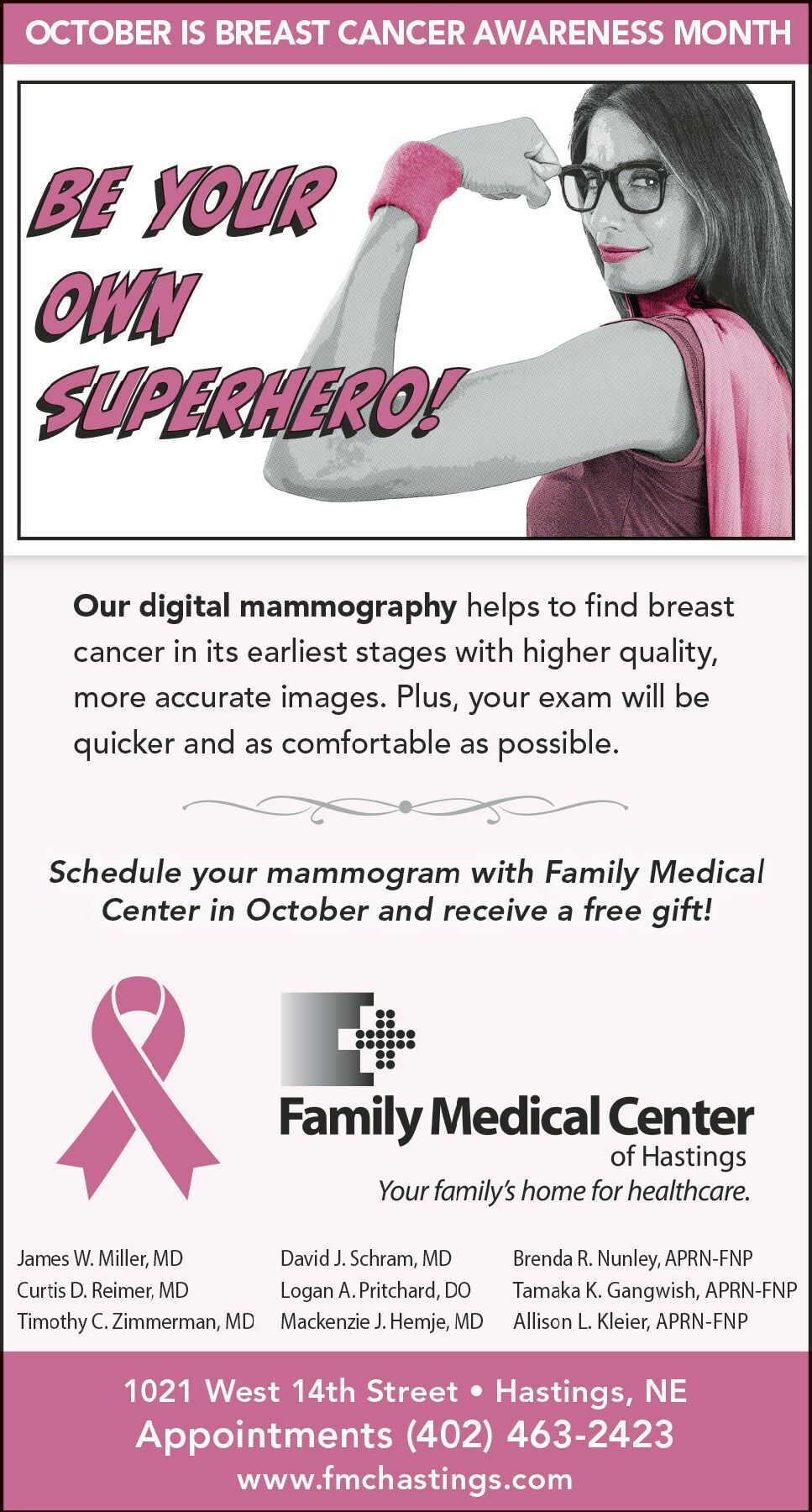 The Rev. Christopher Kubat, pastor of St. Cecilia Church in Hastings, seeks to use his knowledge as a doctor to encourage other physicians with an added leadership role in a national organization.

Kubat has been named national chaplain of the Catholic Medical Association, an organization that supports physicians to live and promote the principles of the Catholic faith in the science and practice of medicine. He will begin serving in the newly appointed role on Jan. 1, 2021.

“It really is inspiring physicians to imitate Jesus Christ,” Kubat said. “He’s really the physician for bodies and souls.”

Bishop Robert Vasa of Santa Rosa, California, interim episcopal adviser to the organization, who was ordained to the priesthood for the Diocese of Lincoln many years ago, recommended Kubat for the role due in part to his dual gift of being both a priest and a physician, according to a news release from the CMA.

“The work of the CMA is increasingly important to bring the rational truth to the art and practice of medicine, and Father Kubat’s dual gift of being both priest and physician makes him extremely well suited to this role,” Vasa said in the release.

Kubat will work with the Catholic Medical Association’s episcopal adviser, board and members to offer spiritual and medical guidance to members, celebrate Mass at CMA events and hear confessions, among other duties.

Although a number of priests expressed interest in serving as the national chaplain for the group, the board of directors chose Kubat for the position. He is a member of the CMA’s Health Policy Committee, vicar for health care ministries for the Diocese of Lincoln, and is on various ethics and research committees for hospitals.

Kubat said he’s honored to serve, though it will mean more work and additional meetings to attend. He also will help coordinate the spiritual aspects of retreats and celebrate Mass.

Kubat grew up in Omaha in a family of six and attended St. Mary’s Grade School and Ryan High School in Omaha.

He received a bachelor’s degree in 1979 and a medical degree in 1983 from Creighton University. He specialized in urology and maintained a practice in Milwaukee, Wisconsin.

Kubat loved medicine and was in private practice for seven years before he felt God calling him to pursue another profession.

“A lot of people thought I was nuts,” he said. “God gave me so much more than I gave up.”

Kubat entered the seminary in fall 1993. He was ordained a priest for the Diocese of Lincoln in 1999 and received a master of divinity and a master of arts from Mount St. Mary Seminary in Emmitsburg, Maryland.

Kubat was ordained at the age of 42, and his first assignment was as an assistant pastor at St. Cecilia in Hastings, before being sent to St. Mary’s in Lincoln.

Kubat later became executive director of Catholic Social Services of Southern Nebraska. He was the Courage chaplain for the Diocese of Lincoln and was a teacher at St. Gregory the Great Seminary in Seward.

He never thought he would return to his first church 20 years later, but that’s what happened when he was assigned to St. Cecilia again in 2019, this time as pastor.

“I’m very happy and blessed to be in Hastings at St. Cecilia,” he said. “The people are wonderful.”

As a physician and then priest, Kubat said, he’s seen firsthand the importance of spirituality in the lives of doctors. As members of the CMA, he said, physicians can lean on one another for support as they try to live their faith in the medical world.

Kubat shared a story of Mother Teresa of Calcutta, now canonized as a saint, and her desire to see Christ’s image in everyone around her. When she stopped to help a diseased man without gloves or other protection, a doctor was alarmed, but she pointed to Matthew 25:40, which tells believers to treat everyone, even the least of mankind, as though they were Christ.

Kubat said that is a message that everyone can learn from, especially doctors.