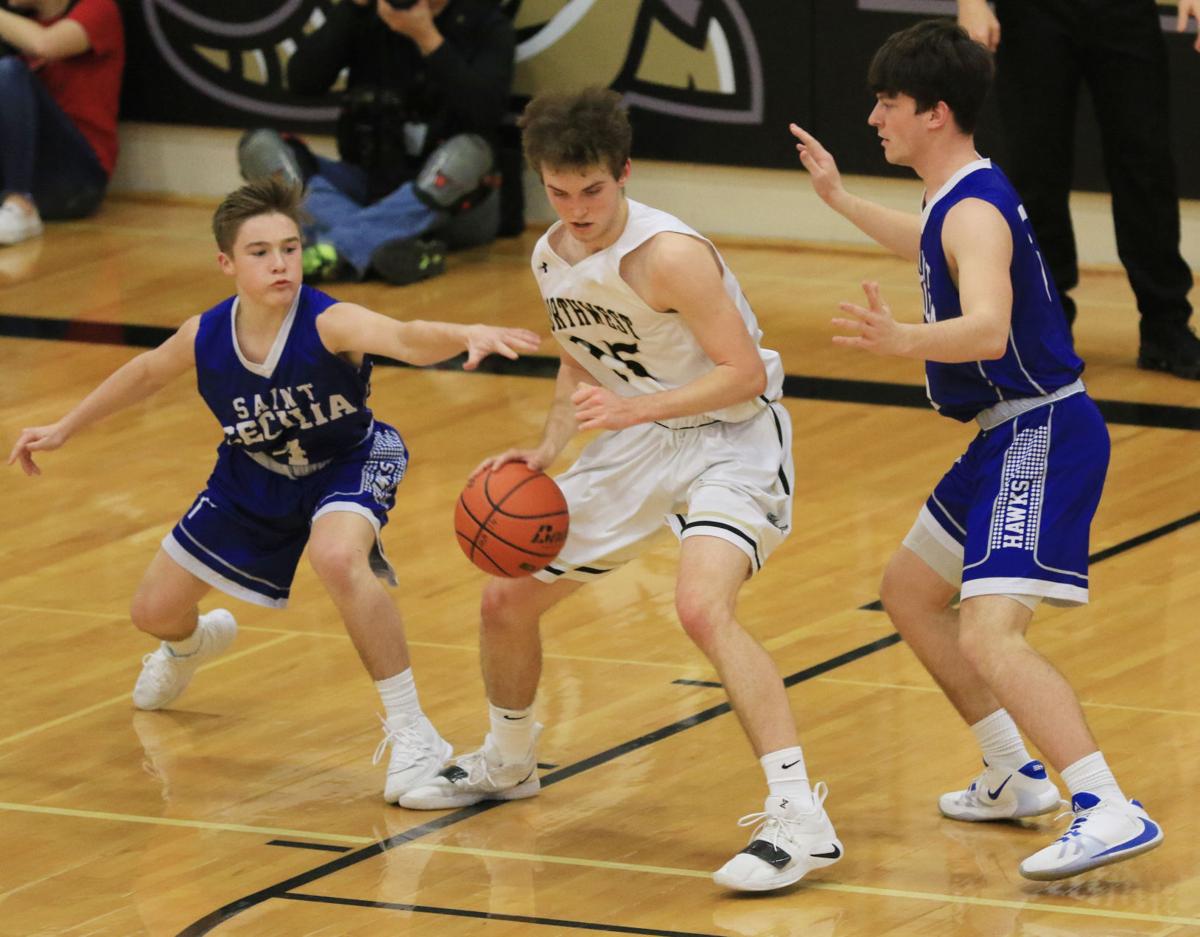 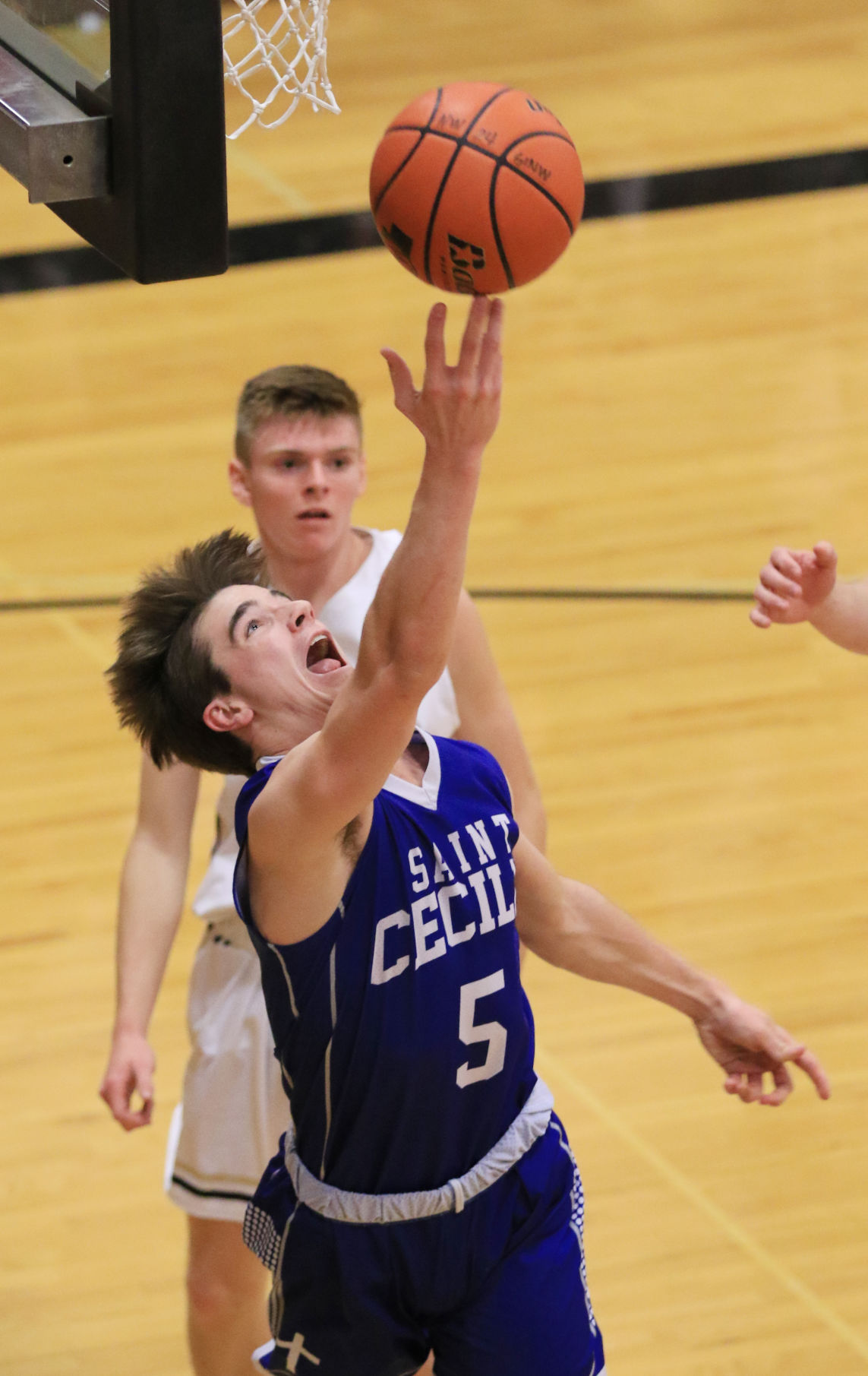 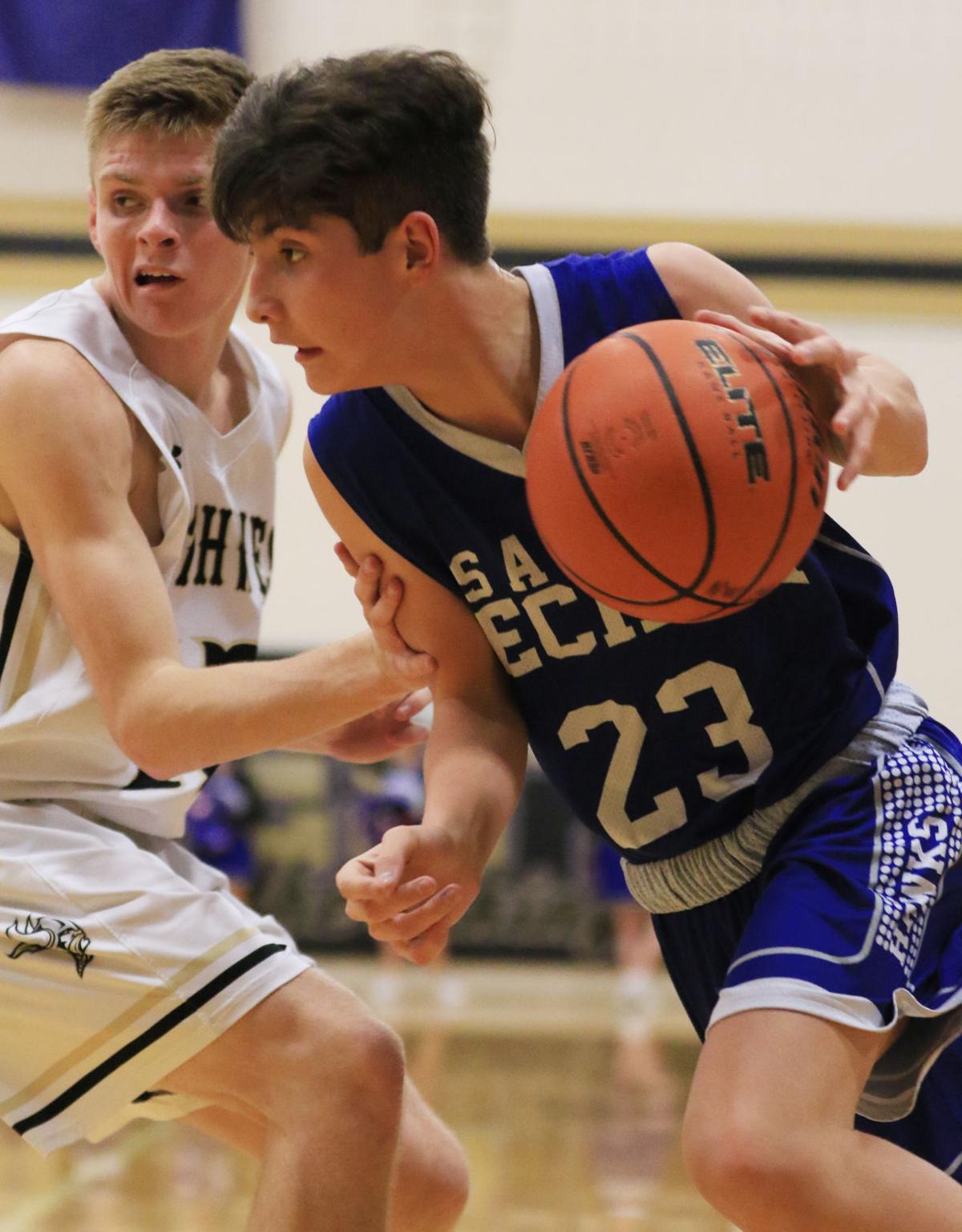 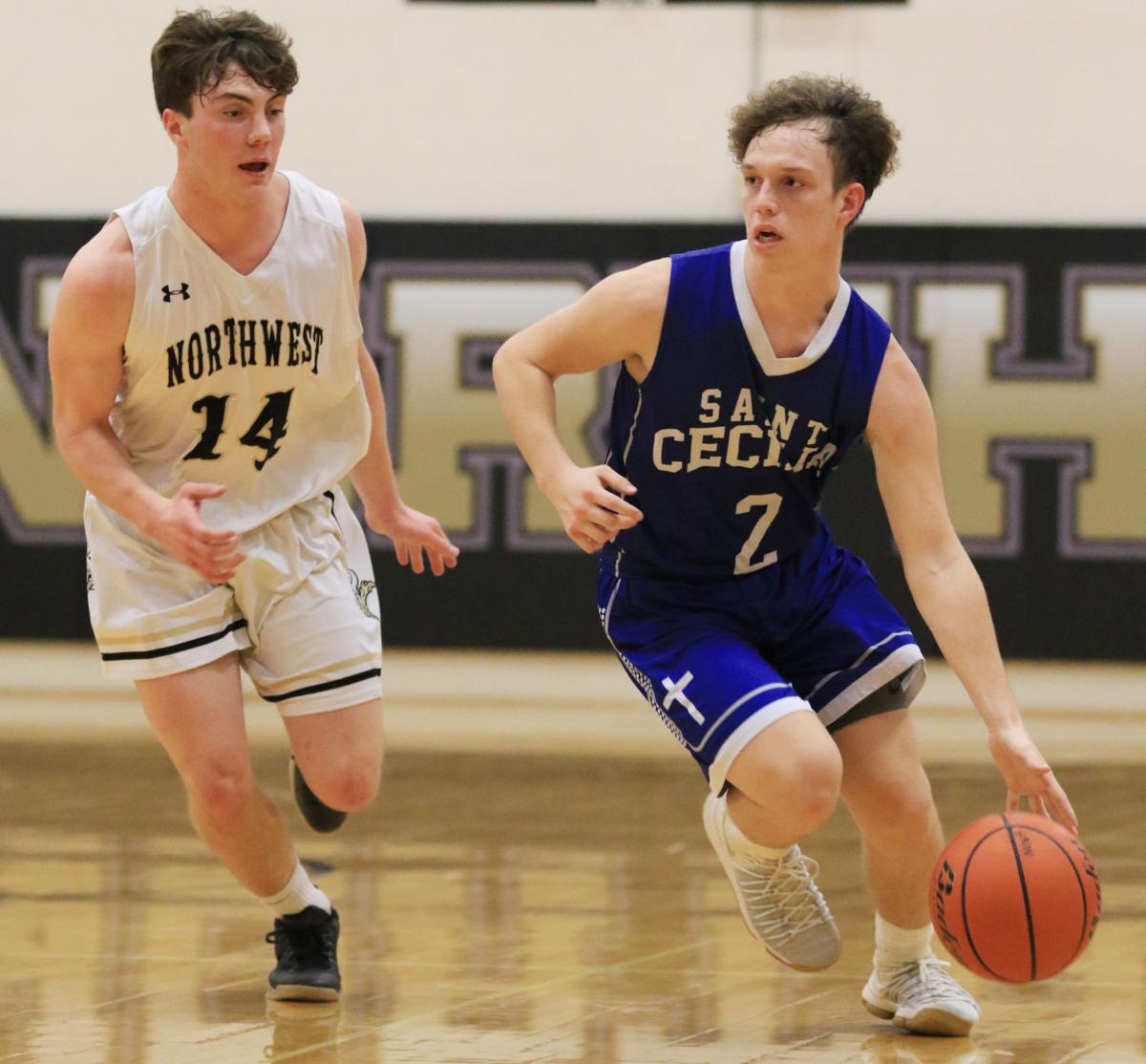 GRAND ISLAND — The St. Cecilia Bluehawks hit the road Tuesday night as they took on the GI Northwest Vikings. This game was back and forth all night long with no team finding a big edge.

The team who had the ball last was probably going to win the game and it was the Vikings on this night. Late game free throws made the difference. The Vikings beat the Bluehawks 51-48.

“We are super proud of our kids. We have grown up since week one and we are looking for character effort. You are looking for toughness. You’re looking for how the unit is working together, and I just really feel, we have really grown up as a unit and that is what you are looking for,” STC head coach Kevin Asher said. “Some of the things that have killed us early on in the season, they tried to do to us tonight. When our guards felt pressure, we were a lot better. We had a little bad spot in the second quarter, but it didn’t cost us a lot of points. I thought that throughout the second half we controlled the tempo and did a good job of getting good shots.”

The first quarter was setting up to be a good game. Early on, both teams were finding buckets to fall and no team seemed to have an edge. STC scored seven of its 14 points early in the first quarter with 3-pointers from John Starr and Paul Fago.

After a strong start from STC, Northwest started to make a run of its own. The Vikings then scored the next five points to cut the lead, and later took the lead at the end of the first quarter 16-14.

“We told our kids that we have to play for 32 minutes. We did so many good things. There was nothing negative in there that I can say ‘Hey this could be improved,’ “ Asher said, “We played very good defensively. We rebounded exceptionally well and our offense has been coming along since the beginning of the year. We were struggling to find good shots. (Tuesday) we found a hot hand in John Starr and Paul Fago had a really nice night offensively. We took good shots and we are disciplined and that is how you are going to be in a ball game.”

The third quarter was the best quarter for the Bluehawks. STC outscored the Vikings 15-10. In that third quarter, it was the Vikings who were in control. They went out early with a 5-0 run. After a timeout by the Bluehawks, STC regained the momentum. Three-pointers from Starr, Fago and Gus Driscoll helped the Bluehawks regain the lead right before the quarter ended. STC led 37-35 at that point.

The fourth quarter was a dandy. The Bluehawks’ free throw shooting kept them in the game. STC shot 10-of-11 from the line (91 percent) with six of its made free throws from Fago.

However, the fourth belonged to the Vikings. They outscored the Bluehawks 15-11 with two huge free throws down the stretch from Parker Janky. Those two free throws made the difference as the Bluehawks tried to make one last effort with a 3-pointer from Driscoll, but the ball went off the front of the rim as time ran out.

Starr and Fago were the stars for the Bluehawks. Each player was in double figures on the evening. Starr scored 17 points for STC in which he made five 3-pointers. Fago was the leading scorer for STC with 18 points.

“John Starr has that ability. He has had it. He has to be confident in his own game and the last month of the season we’ve really looked at him,” Asher said, “At times, teams are shutting down Gus and Brayden (Schropp), so we have four options going forward.”

The Bluehawks have to quickly turn around and get ready for Minden on Thursday and Asher says his team needs to be mentally prepared.