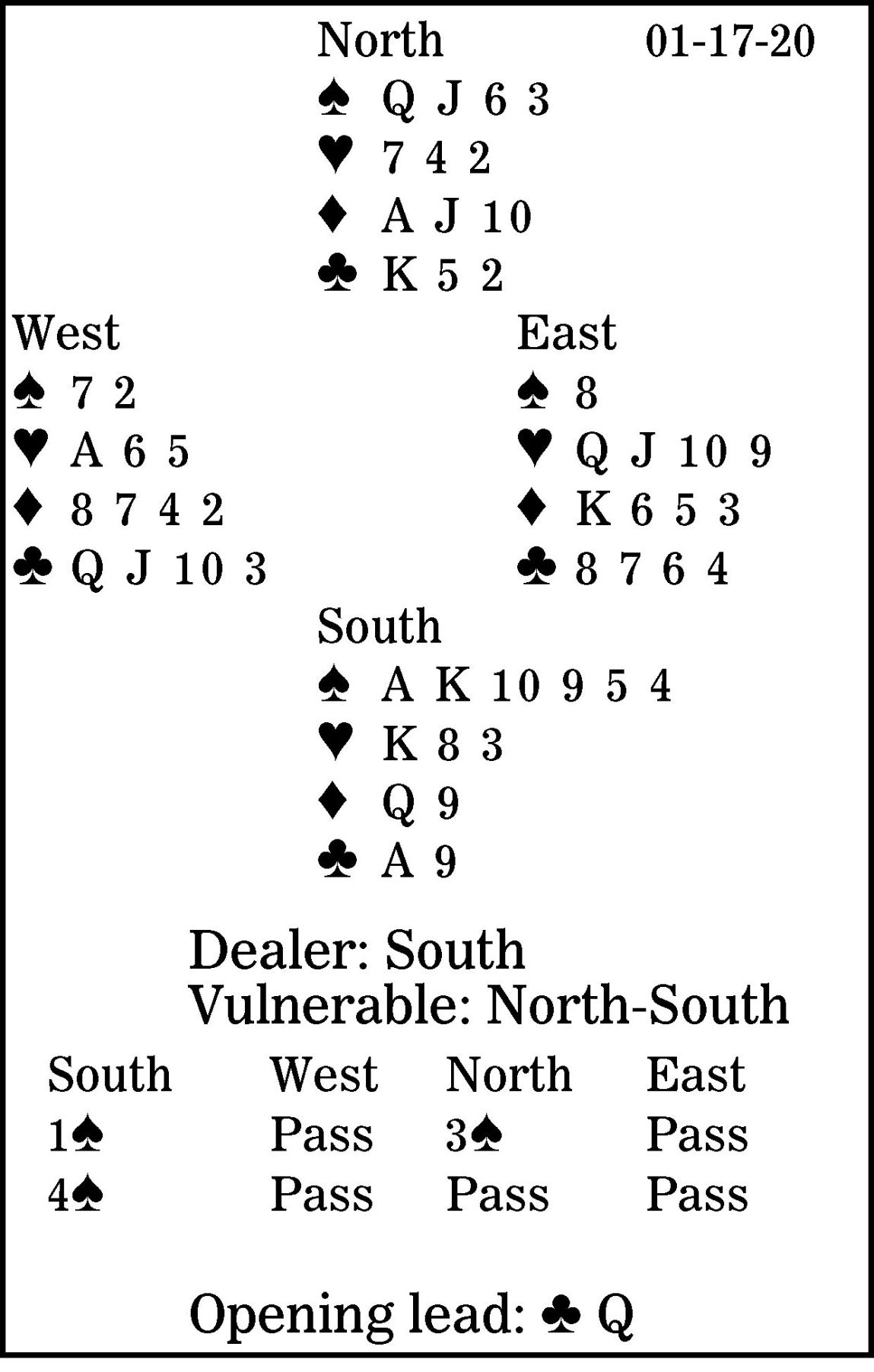 Christopher Morley, who was a multi-talented writer, said, “The real purpose of books is to trap the mind into doing its own thinking.”

The real purpose of bridge columns is to trap the reader into doing his or her own thinking.

In today’s deal, how should South play in four spades after West leads the club queen?

Declarer is faced with a finesse in each red suit. What is the a priori probability that one will succeed?

However, as you know, in prepared deals, a finesse will win only when it is needed to make the contract. No doubt you have looked at the full deal and seen that both the heart ace and diamond king are offside. South seems doomed to defeat. But there is a route that avoids the traps.

South must keep East off the lead. The key play is to let West hold the first trick!

West will probably persevere with another club. Declarer wins with his ace, draws trumps ending on the board and discards a diamond on the club king. Then he cashes the diamond ace and continues with the diamond jack.

Here, if East covers, South ruffs, plays a spade to the board and pitches a heart loser on the diamond 10. If East does not cover, declarer discards a heart. Then, if West can produce the diamond king, the contract will still be safe, South having six spades, two diamonds and two clubs.