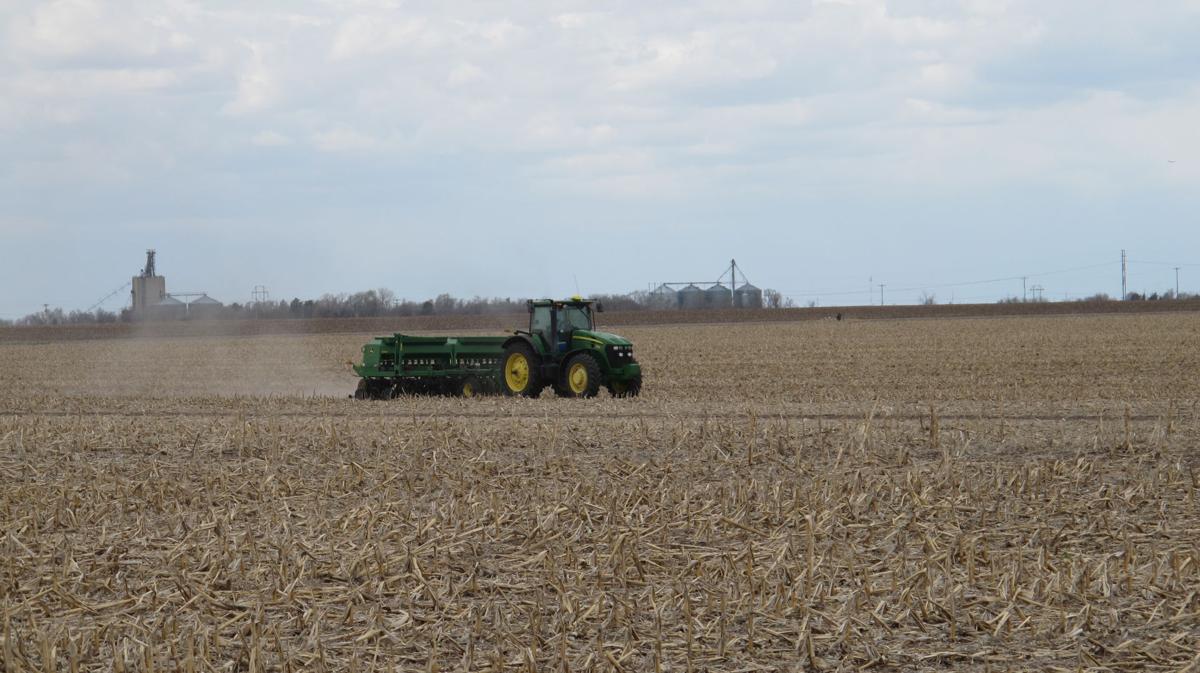 A farmer plants soybeans southeast of Hansen in this April file photo. An economic analysis from the Nebraska Farm Bureau indicates Nebraska’s agricultural economy could face nearly $3.7 billion in losses due to the novel coronavirus disease in 2020 if economic conditions do not improve. 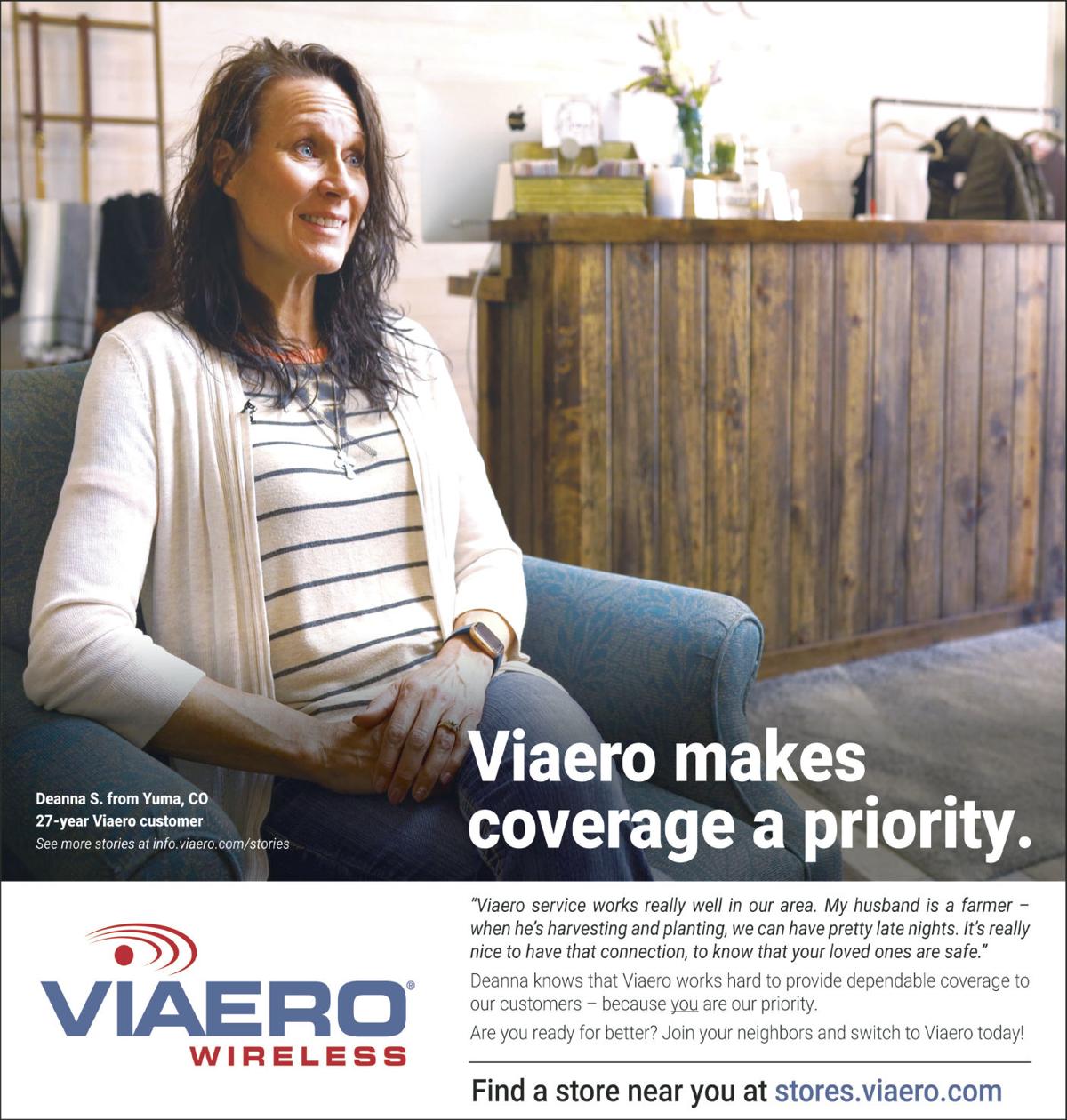 Unless conditions improve in the coming months, Nebraska’s agricultural economy could face nearly $3.7 billion in losses this year related to the novel coronavirus disease, COVID-19, pandemic.

That sobering estimate was announced Wednesday by the Nebraska Farm Bureau based on a “snapshot” of revenue losses from key commodities including corn, soybeans, wheat, beef cattle, pork, dairy production, and fuel ethanol distilled primarily from corn.

The analysis doesn’t take into account any financial assistance ag producers may receive through state or federal COVID-19 relief programs including the CARES Act or farm program payments, said Jay Rempe, Nebraska Farm Bureau senior economist and author of the report unveiled for public consumption in a webinar and news release Wednesday.

Even so, Rempe said, the estimate “clearly demonstrates the magnitude of the financial challenges currently facing farm and ranch families and the potential impacts that could be felt across the broader rural economy.”

Rempe included a breakdown of the potential revenue losses by commodity, reflecting price declines that occurred between Jan. 1 and May 18.

The COVID-19 crisis began overseas in late 2019 and came into sharp public focus in the United States in early to mid-March, leading to social distancing recommendations, stay-at-home orders in many states, and the temporary closure of many businesses related to public health concerns.

“To provide some perspective, $3.7 billion is more than 80 percent of the state of Nebraska’s entire budget,” Rempe said in the news release. “We are talking about the potential for major losses.”

The ethanol industry leads the way among estimated losers amid the COVID-19 crisis. The industry is being slammed financially in two different ways: first through reduced production and related loss of revenue stemming from the drop in demand for gasoline, and second through price declines for each gallon the industry does produce.

Nebraska’s ethanol industry currently is estimated to be operating at 65% of production capacity — up from 59% in March and April, but with eight plants still entirely idle and two others running at decreased capacity.

The state had 25 operating ethanol plants in 2018.

Rempe’s estimates assume the industry will ramp up production somewhat by August and operate at 75% of capacity from August through December.

Rempe projects the corn and soybean sectors could lose up to $1.17 billion, including $613 million on the 2019 crop in storage and $554 million on the 2020 crop sold this year. The numbers are based on information from the Nebraska Corn Board on when crops are sold, 2019 crop production numbers, assumptions about the size of the 2020 crop, and differences in cash bids between Jan. 1 and May 18.

The potential loss would equal 14% of the state’s corn and soybean receipts in 2018.

The estimate for the cow-calf sector was developed using changes in the U.S. Department of Agriculture price forecasts for feeder cattle in 2020, which were applied to assumptions regarding the 2019 and 2020 calf crops.

For the feedlot and backgrounder sectors, Rempe borrowed per-head loss estimates developed by ag economists from several universities for the National Cattlemen’s Beef Association, then applied them to estimated Nebraska cattle numbers.

A loss of $971 million for the beef industry would equate to 9% of the state’s cattle and calves receipts for 2018, Rempe said.

The Farm Bureau pork estimate is based on a projection by ag economists at Iowa State University that hog producers could lose $37 per head for each animal marketed in 2020. The National Pork Producers Council reports that an average of 115 million head of hogs are marketed each year, and Nebraska accounts for an estimated 4.7% of the national inventory of market hogs.

The Farm Bureau’s projected potential loss for dairy is based on USDA price estimates for all milk between the January and May forecasts, along with assumptions for 2020 Nebraska milk production based on actual production for January through March.

Rempe’s estimate that the wheat sector could lose $8.7 million related to COVID-19 is based on an assumption of average yields on the 920,000 acres of wheat seeded by Nebraska farmers in fall 2019.

“Wheat prices have not fallen as much as other commodities due to happenings in international markets and increased consumer demand for food staples,” Rempe wrote in his analysis.

The condition of Nebraska’s agricultural economy has major implications for the state’s economy as a whole.

According to the Nebraska Agriculture Fact Card developed by the state Department of Agriculture and the USDA’s National Ag Statistics Service, Nebraska had 45,900 farms and ranches in 2018, and agriculture accounted for one in every four jobs in the state.

Cash receipts from farm marketings in Nebraska contributed more than $21 billion to the state’s economy in 2018.

“As we reach the halfway point of the year, we’re hopeful things will improve between now and December, but this analysis clearly shows how damaging COVID-19 has been to our agricultural economy and what we could be facing moving forward,” Nelson said. “We greatly appreciate the fact that our elected leaders have understood the importance and need for financial assistance programs so farmers and ranchers can continue to ensure the food supply for the people of our state, our country, and the world.”