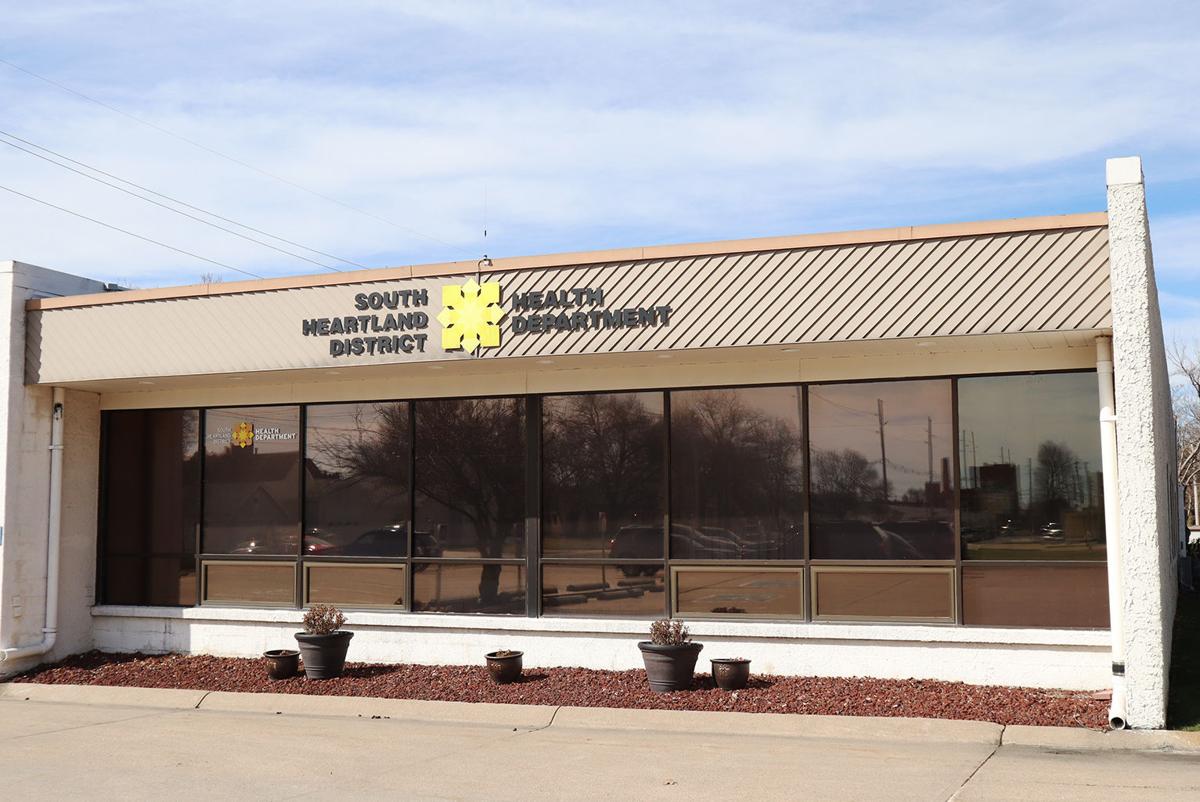 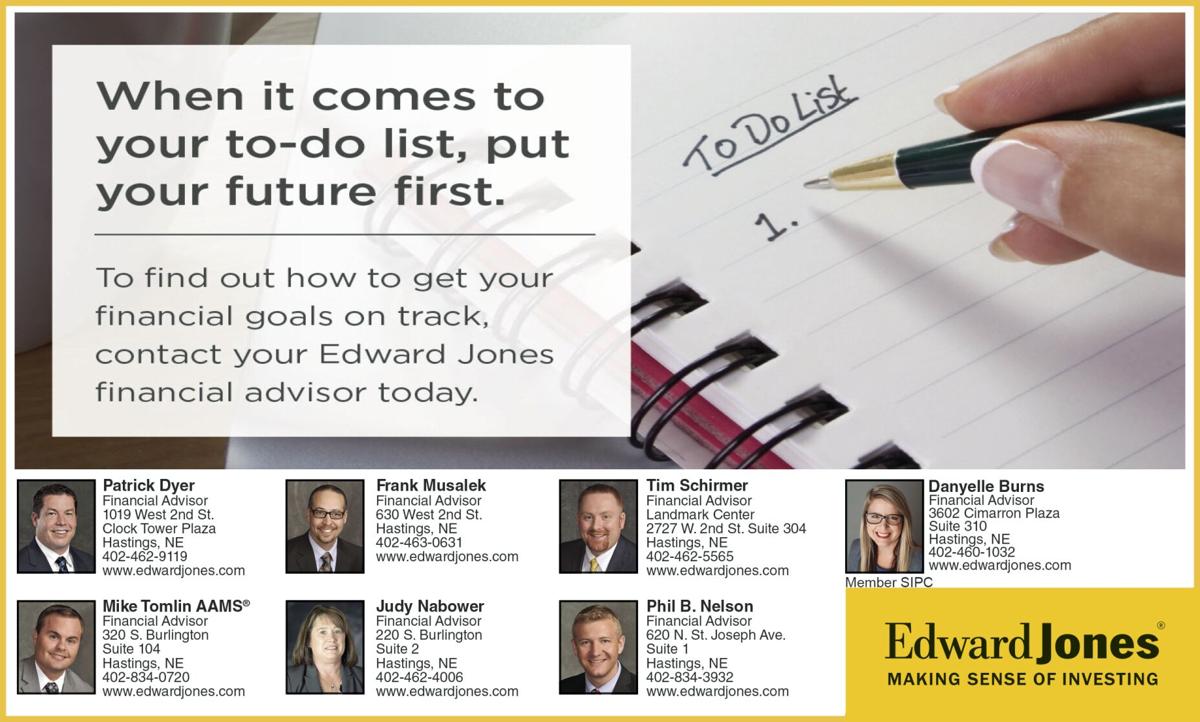 The general population of senior citizens ages 75 and older may begin being vaccinated against the novel coronavirus disease, COVID-19, in the South Heartland Health District as early as next week.

That’s the word from Michele Bever, executive director of the South Heartland health department, who hastens to add that the exact timeline for the vaccinations will depend on the availability of doses in the four-county health district.

In the meantime, she said, those age 75 and older now are welcome to fill out a form online with their name and contact information so health department officials can keep in touch with them.

What’s more: The pool of senior citizens eligible to sign up may soon grow even larger with Tuesday morning’s news that the federal government is revising its guidance to prioritize senior citizens 65 and older, not just 75 and older, for vaccination in the coming weeks.

The first doses of COVID-19 vaccine arrived in the South Heartland district on Dec. 15, 2020. The district encompasses Adams, Webster, Clay and Nuckolls counties.

Up to now, South Heartland has been distributing a combination of the Pfizer-BioNTech and Moderna vaccines for the inoculation of frontline health care workers, including emergency medical services personnel, across the district. Meanwhile, residents and staff members at long-term care centers are being vaccinated by private-sector pharmacy personnel under the auspices of a separate government program.

Both the frontline health care workers and the long-term care residents and employees are designated as top-priority “Phase 1A” recipients of the vaccine under Nebraska’s Vaccination Plan.

Bever said in the South Heartland district officials now are wrapping up Phase 1A, getting the vaccine to everyone in those groups who is interested in receiving it at this time. As of Monday night, a total of 1,700 district residents had been vaccinated — including 243 who already had received their second dose in the two-dose series. (The specified interval between the first and second doses of the Pfizer vaccine is at least 21 days. The interval for Moderna is at least 28 days.)

Bever said she hopes by next week the district has entered Phase 1B, which as of Tuesday still was defined to focus first on individuals age 75 and up and thereafter on specified types of essential workers.

To facilitate communication with senior citizens as the process unfolds, South Heartland went live on Monday with a link on its website, www.southheartlandhealth.org, where senior citizens 75 and older can enter their names, contact information and certain other data (age, underlying health conditions, etc.) that will help South Heartland develop its game plan for vaccine distribution. The link is accessed from a red bar across the top of the health department’s homepage found at www.southheartlandhealth.org.

During a news conference Tuesday morning at the state Capitol in Lincoln, Gov. Pete Ricketts said Nebraskans could expect to see changes to the state’s Vaccination Plan, probably next week, to reflect the changing federal guidance on prioritizing senior citizens 65 and older as opposed to 75 and older.

Until such changes are announced, he said, seniors should resist the urge to contact local health department officials, who are laboring under a heavy workload already.

“Stay tuned,” Ricketts said. “You will see we will be making some changes with regard to 65 and older, but PLEASE do not call your local public health departments.”

The state Vaccination Plan currently divides those workers into three priority tiers, labeled tiers 2 through 4 to follow the senior citizens in tier 1.

Currently, only the senior citizens are able to sign up to express interest in vaccinations on the South Heartland website. Bever said the Nebraska Department of Health and Human Services is working to stand up a database of its own, where the essential workers eventually will be able to put their names on the vaccination list.

For this week, Bever said, vaccinations for Phase 1A health care workers continue. That group includes people who work with the developmentally disabled, professionals who work in the behavioral health field, and workers in home health, dentistry and optometry offices, school nurses, public health workers, and employees in many other health care settings.

Bever said eligible health workers could schedule through the health department to get their first dose of COVID-19 vaccine at clinics scheduled in Nuckolls and Clay counties on Wednesday and in Adams County on Thursday.

The general population of senior citizens will follow, with details to be announced.

“Everyone in each phase can be vaccinated as soon as there are enough vaccines available in our district,” Bever said.

In the intervening weeks and months, she said, all district constituents should do their part to thwart further community spread of the virus, avoiding crowds, close contact with non-household members and confined, poorly ventilated spaces.

“We will need to use ALL the tools we have, including the vaccine, to help stop the pandemic,” Bever said.

In other COVID-19 news, Bever reported 53 new positive cases of the viral infection had been recorded in the four-county area for Friday through Monday. The new cases included 36 in Adams County, eight each in Clay and Nuckolls counties, and one in Webster County.

Since March 18, a running total of 3,978 positive cases have been recorded among South Heartland residents, with 3,610 of those cases now classified as recovered. The district’s death toll related to the virus stands at 49.

A total of 12 deaths in Fillmore County and seven deaths in Thayer County already have been officially attributed to the viral infection over the past several months. The official death certificate is considered the final word concerning the cause of a person’s death.