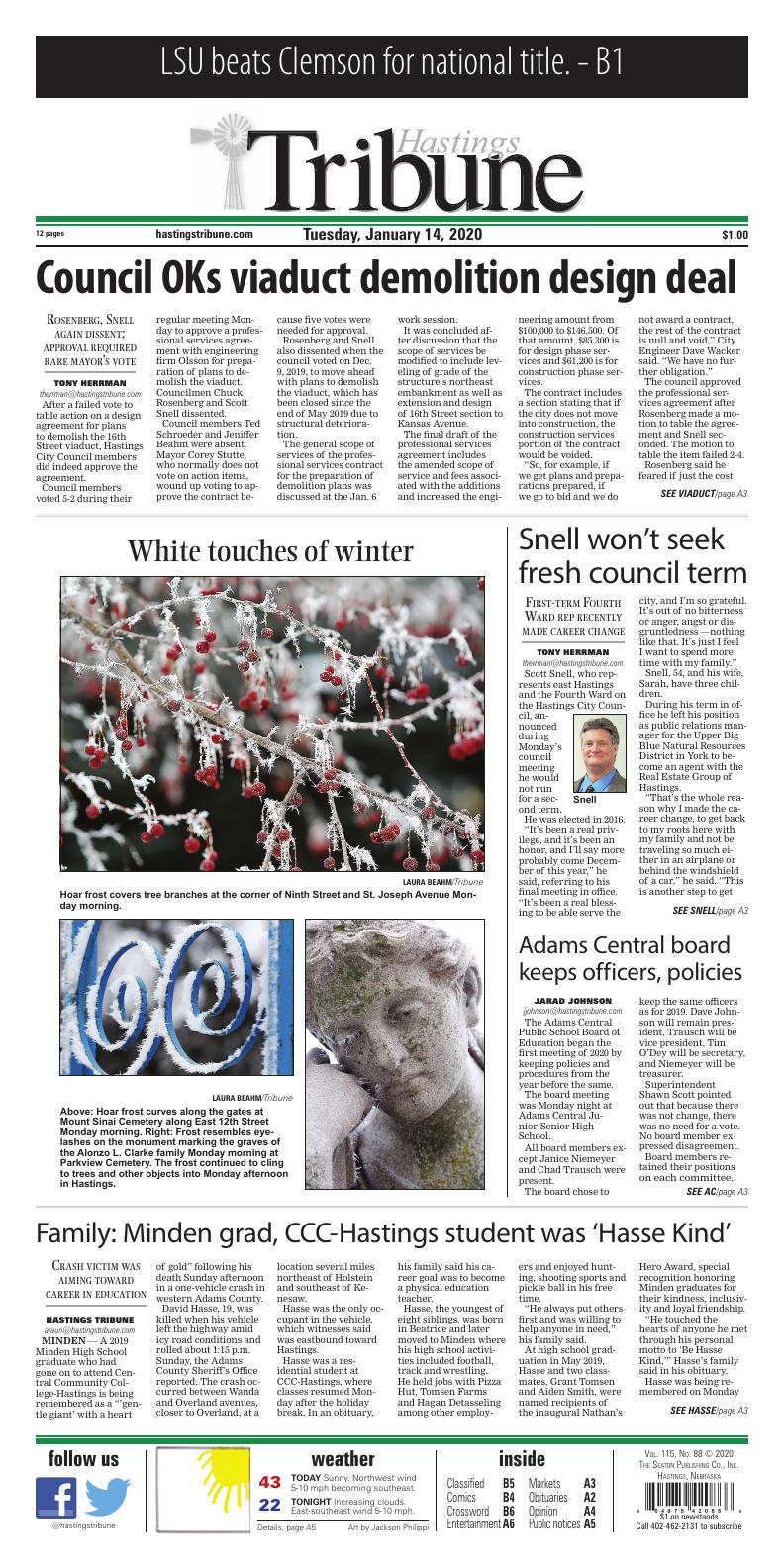 After a failed vote to table action on a design agreement for plans to demolish the 16th Street viaduct, Hastings City Council members did indeed approve the agreement.

Council members voted 5-2 during their regular meeting Monday to approve a professional services agreement with engineering firm Olsson for preparation of plans to demolish the viaduct. Councilmen Chuck Rosenberg and Scott Snell dissented.

Council members Ted Schroeder and Jeniffer Beahm were absent. Mayor Corey Stutte, who normally does not vote on action items, wound up voting to approve the contract because five votes were needed for approval.

Rosenberg and Snell also dissented when the council voted on Dec. 9, 2019, to move ahead with plans to demolish the viaduct, which has been closed since the end of May 2019 due to structural deterioration.

The general scope of services of the professional services contract for the preparation of demolition plans was discussed at the Jan. 6 work session.

It was concluded after discussion that the scope of services be modified to include leveling of grade of the structure’s northeast embankment as well as extension and design of 16th Street section to Kansas Avenue.

The final draft of the professional services agreement includes the amended scope of service and fees associated with the additions and increased the engineering amount from $100,000 to $146,500. Of that amount, $85,300 is for design phase services and $61,200 is for construction phase services.

The contract includes a section stating that if the city does not move into construction, the construction services portion of the contract would be voided.

“So, for example, if we get plans and preparations prepared, if we go to bid and we do not award a contract, the rest of the contract is null and void,” City Engineer Dave Wacker said. “We have no further obligation.”

Rosenberg said he feared if just the cost for the engineering agreement went up as much as it did for the amended scope of service, then the actual demolition could quickly eat up the contingency funds set aside.

“I feel if we go ahead and award this tonight we’re jumping the gun and it’s getting the cart before the horse because we have no idea what that is going to cost and that could add as much as a million dollars to demolition of that viaduct,” he said. “You want to do it right. I would feel more comfortable knowing what that cost is, if it raised the cost of our engineering proposal one-third.”

Snell said he voted to table action on the contract out of a desire to shop around and potentially get a less expensive professional services agreement from another engineering firm.

“I think we limit ourselves quite a bit by getting one bid on things,” he said.

Stutte said the viaduct is an important safety issue and was declared as such during the council’s last meeting in November. The council wants to move forward with razing the structure because it is a safety issue.

He also reminded the council that Olsson built in adequate contingencies.

“They felt comfortable with the costs they had estimated on that,” he said.

During citizen communications, Hastings resident Willis Hunt asked the council not to spend money the professional services agreement until the city’s planned traffic study is complete.

That the city is planning a comprehensive traffic study was something Stutte mentioned during a Coffee and Conversations event Saturday morning that was reported on by the Hastings Tribune. Hunt referred to that newspaper article.

“Frankly, I believe the expenditure of any money is premature until we do exactly what’s said here in this article,” he said. “I believe the citizens of Hastings read that. I read it, and I liked what he said.”

He said he believed the best option available appears to be repairing the existing structure.

“It’s not to build it or do anything other than to adopt an agreement to get plans for the demolition,” he said.

The contract is a good representation of the council’s decision as well as the work session discussion during which the additional items were added.

“If anything, we’ve got the cart in front of the horse talking about spending money for construction when all we want to do is develop the plans,” he said. “Olsson is a firm that has been with us from the beginning on this matter. If we were to go out and ask another engineering firm without the basic knowledge and background that Olsson has, I would venture to say this contract would be much higher than what you see from Olsson today.”

The city budgeted $300,000 in the current fiscal year for design work of the future of the viaduct, whatever direction the council took.

Was advised there were no objections to Street Improvement District 2019-4 Laux Drive.

Unanimously approved a resolution approving the manual application and contract form for the City of Hastings PACE Program. 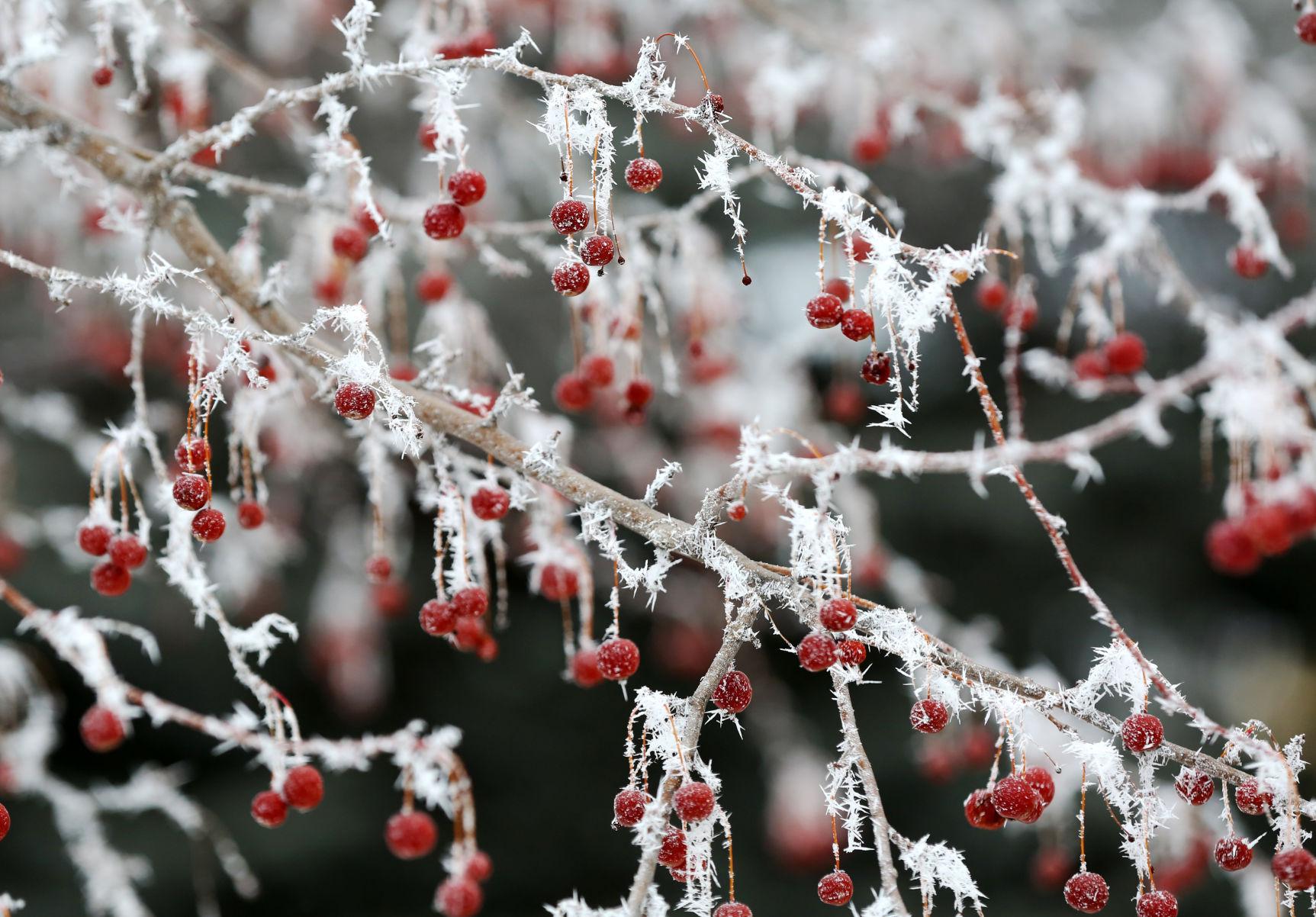 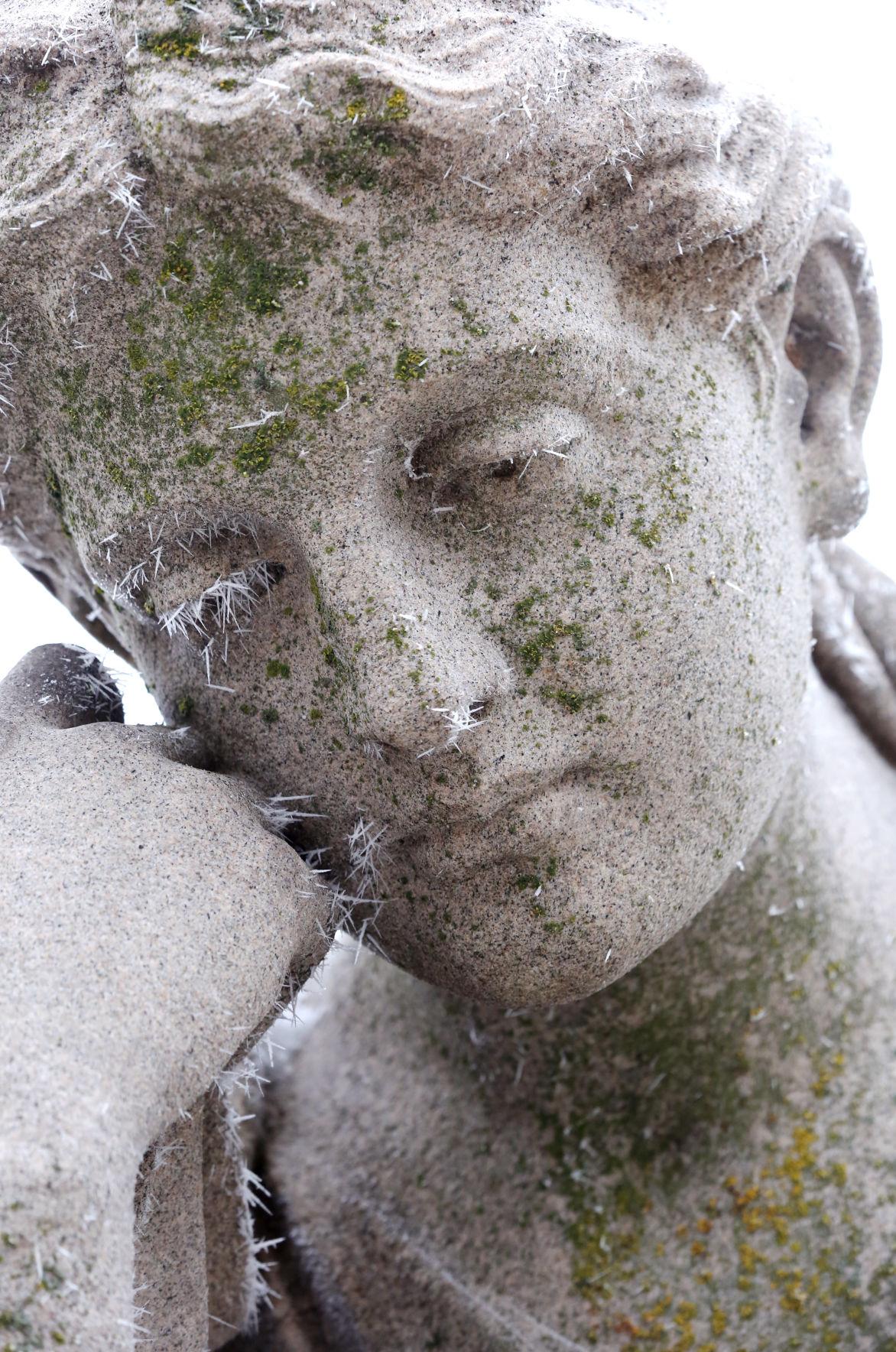 Frost resembles eyelashes on the monument marking the graves of the Alonzo L. Clarke family Monday morning at Parkview Cemetery.

MINDEN — A 2019 Minden High School graduate who had gone on to attend Central Community College-Hastings is being remembered as a “’gentle giant’ with a heart of gold” following his death Sunday afternoon in a one-vehicle crash in western Adams County.

David Hasse, 19, was killed when his vehicle left the highway amid icy road conditions and rolled about 1:15 p.m. Sunday, the Adams County Sheriff’s Office reported. The crash occurred between Wanda and Overland avenues, closer to Overland, at a location several miles northeast of Holstein and southeast of Kenesaw.

Hasse was the only occupant in the vehicle, which witnesses said was eastbound toward Hastings.

Hasse was a residential student at CCC-Hastings, where classes resumed Monday after the holiday break. In an obituary, his family said his career goal was to become a physical education teacher.

Hasse, the youngest of eight siblings, was born in Beatrice and later moved to Minden where his high school activities included football, track and wrestling. He held jobs with Pizza Hut, Tomsen Farms and Hagan Detasseling among other employers and enjoyed hunting, shooting sports and pickle ball in his free time.

“He always put others first and was willing to help anyone in need,” his family said.

At high school graduation in May 2019, Hasse and two classmates, Grant Tomsen and Aiden Smith, were named recipients of the inaugural Nathan’s Hero Award, special recognition honoring Minden graduates for their kindness, inclusivity and loyal friendship.

“He touched the hearts of anyone he met through his personal motto to ‘Be Hasse Kind,’” Hasse’s family said in his obituary.

Hasse was being remembered on Monday in the Minden Public Schools and the wider Minden community. Meanwhile, Campus President Jerry Wallace sent a message to faculty, staff and students at CCC-Hastings mourning Hasse’s death.

“Our thoughts and prayers go out to the family and friends of David at this difficult time,” Wallace said.

The CCC CARE Teams are available to assist and support any students at the college who may be in distress over Hasse’s death, Wallace said. Faculty and staff in need of support can find it through the college’s Employee Assistance Program.

Celebration of Life services for Hasse are planned for 11 a.m. Jan. 20 at St. Paul Lutheran Church in Minden. Memorial book signing is 3-5 p.m. Jan. 19 at Craig Funeral Home in Minden. In lieu of flowers, memorials are suggested in care of the family.

Survivors include his mother, Kathy Hasse of Minden, along with his seven siblings, their spouses, and numerous aunts, uncles, nieces, nephews, other relatives and close friends. He was preceded in death by his father, Allen Hasse; and grandparents. 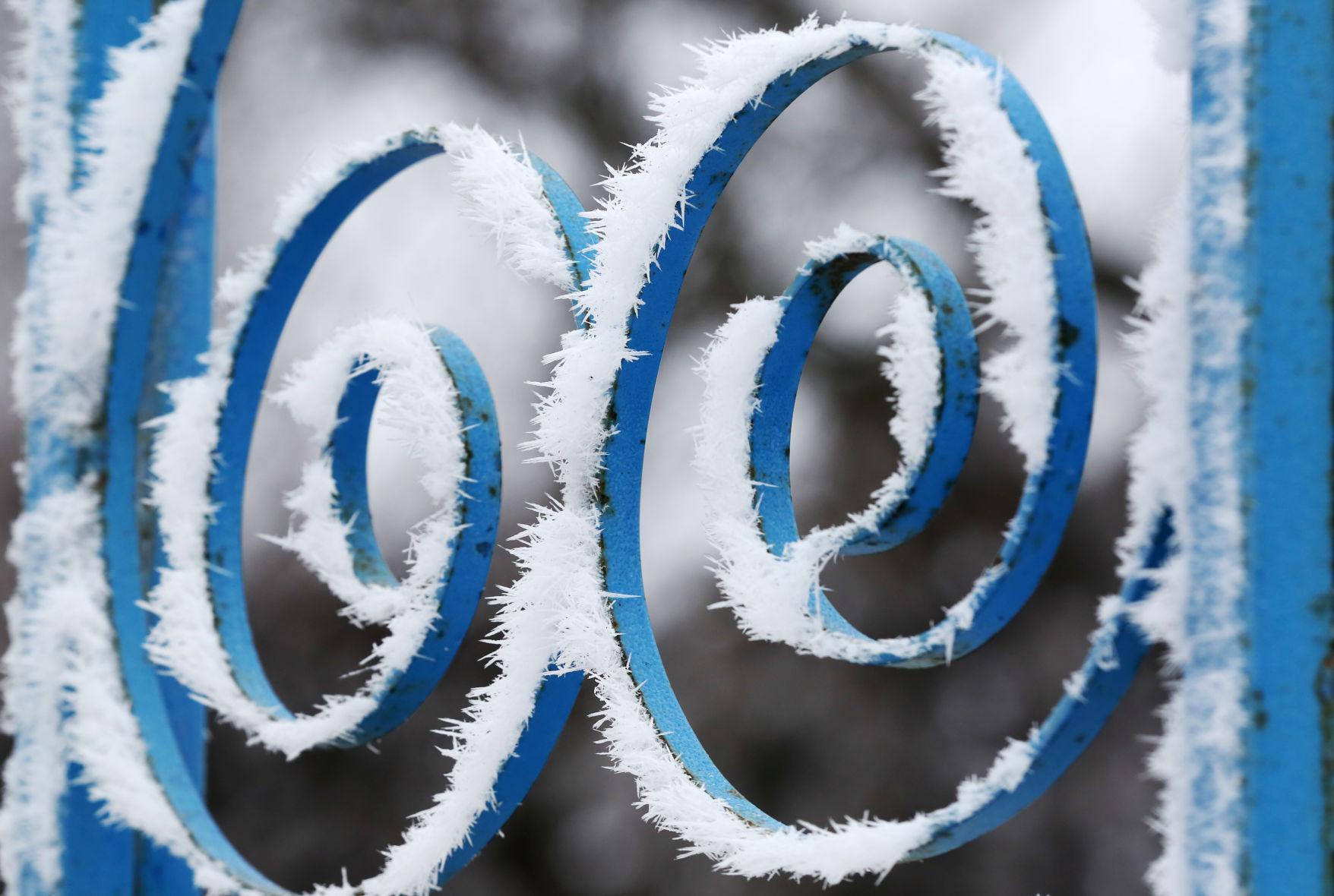 Above: Hoar frost curves along the gates at Mount Sinai Cemetery along East 12th Street Monday morning. Right: Frost resembles eyelashes on the monument marking the graves of the Alonzo L. Clarke family Monday morning at Parkview Cemetery. The frost continued to cling to trees and other objects into Monday afternoon in Hastings.

Councilman announces he will not run for reelection
therrman  / Tony Herrman therrman@hastingstribune.com
01.13.20

Scott Snell, who represents east Hastings and the Fourth Ward on the Hastings City Council, announced during Monday’s council meeting he would not run for a second term.

“It’s been a real privilege, and it’s been an honor, and I’ll say more probably come December of this year,” he said, referring to his final meeting in office. “It’s been a real blessing to be able serve the city, and I’m so grateful. It’s out of no bitterness or anger, angst or disgruntledness —nothing like that. It’s just I feel I want to spend more time with my family.”

Snell, 54, and his wife, Sarah, have three children.

During his term in office he left his position as public relations manager for the Upper Big Blue Natural Resources District in York to become an agent with the Real Estate Group of Hastings.

“That’s the whole reason why I made the career change, to get back to my roots here with my family and not be traveling so much either in an airplane or behind the windshield of a car,” he said. “This is another step to get me closer to be with my family.”

He encouraged the public to consider running for the city council position and serve the community.

“It’s one of the greatest things you could do,” he said. “It doesn’t come with a lot of fanfare, but it does come with the reward that you know you’re giving something back. I think that’s one of the most important things we can do as citizens.”

Mayor Corey Stutte thanked Snell for his service and reminded the public the deadline for non-incumbents to file with the Adams County Clerk’s Office is March 2, which is a Monday.

“Scott, you’ve been great to work with,” Stutte said.

The Adams Central Public School Board of Education began the first meeting of 2020 by keeping policies and procedures from the year before the same.

The board meeting was Monday night at Adams Central Junior-Senior High School.

All board members except Janice Niemeyer and Chad Trausch were present.

The board chose to keep the same officers as for 2019. Dave Johnson will remain president, Trausch will be vice president, Tim O’Dey will be secretary, and Niemeyer will be treasurer.

Superintendent Shawn Scott pointed out that because there was not change, there was no need for a vote. No board member expressed disagreement.

Board members retained their positions on each committee. The committees are appointed by the president, and Johnson said he planned to keep committees the same.

“We just have everything rolling very smoothly, and we’re in the middle of some things. We’ll keep those (committees) the same unless I hear different,” Johnson said.

Following action items, the board also looked ahead with a presentation on Adams Central’s Nebraska Education Profile presented by Shannon Nepple, director of curriculum, instruction and assessment. The NEP is a report on each school in the state, compiled by the state Department of Education.

Nepple said Adams Central continued to perform well academically, based on the report. She said scores that did fluctuate did so because of changes to state standards.

The NEP introduced Targeted Support and Improvement this year, which recommends a group of students — divided by race, ethnicity, economic status or disability status — that schools should focus on improving. Adams Central’s targeted group is sixth through eighth grade students with disabilities.

Nepple said the school is forming a committee to develop ideas for improving academic and testing performance of students with disabilities.

In other business, the board: 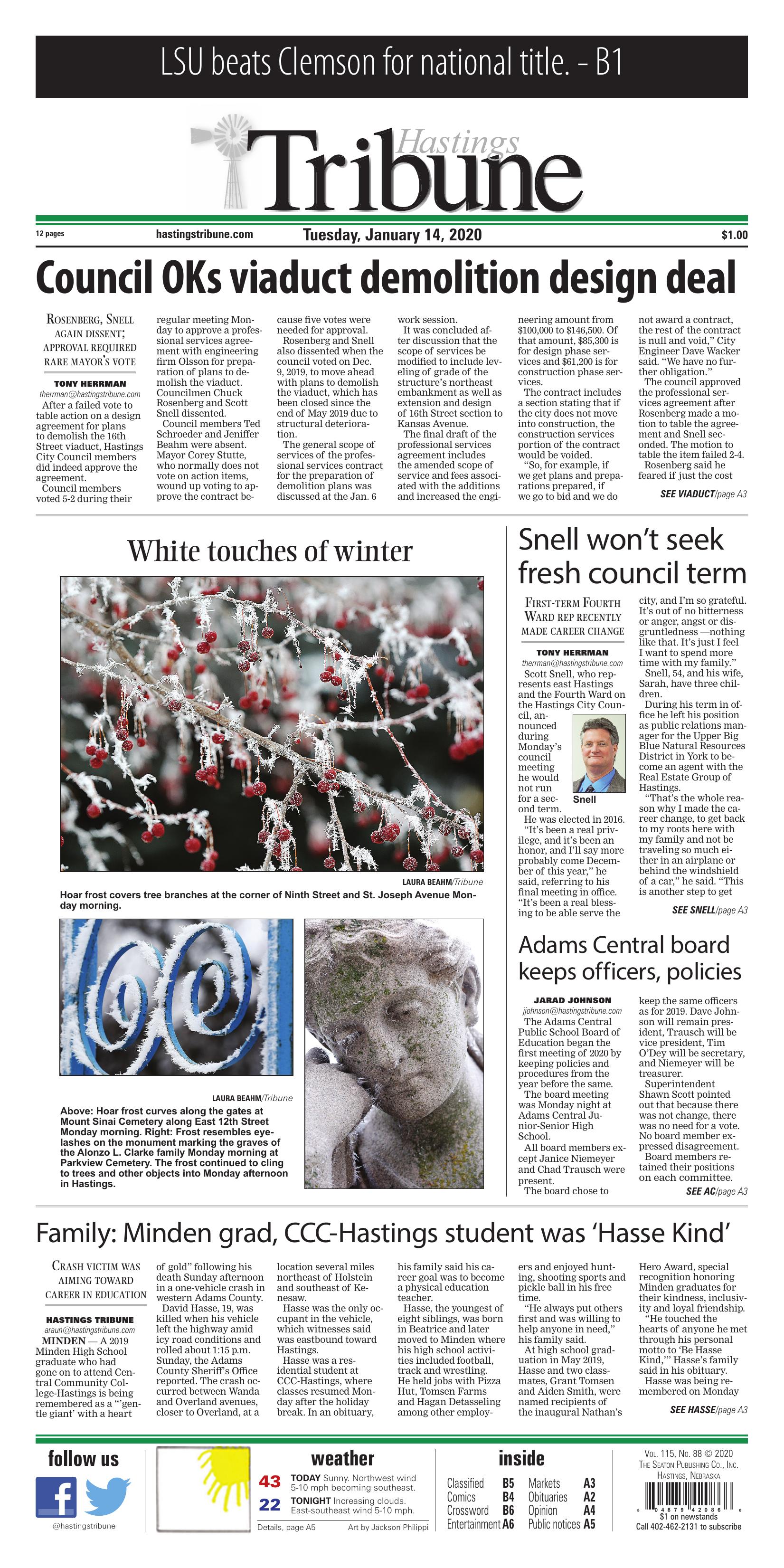