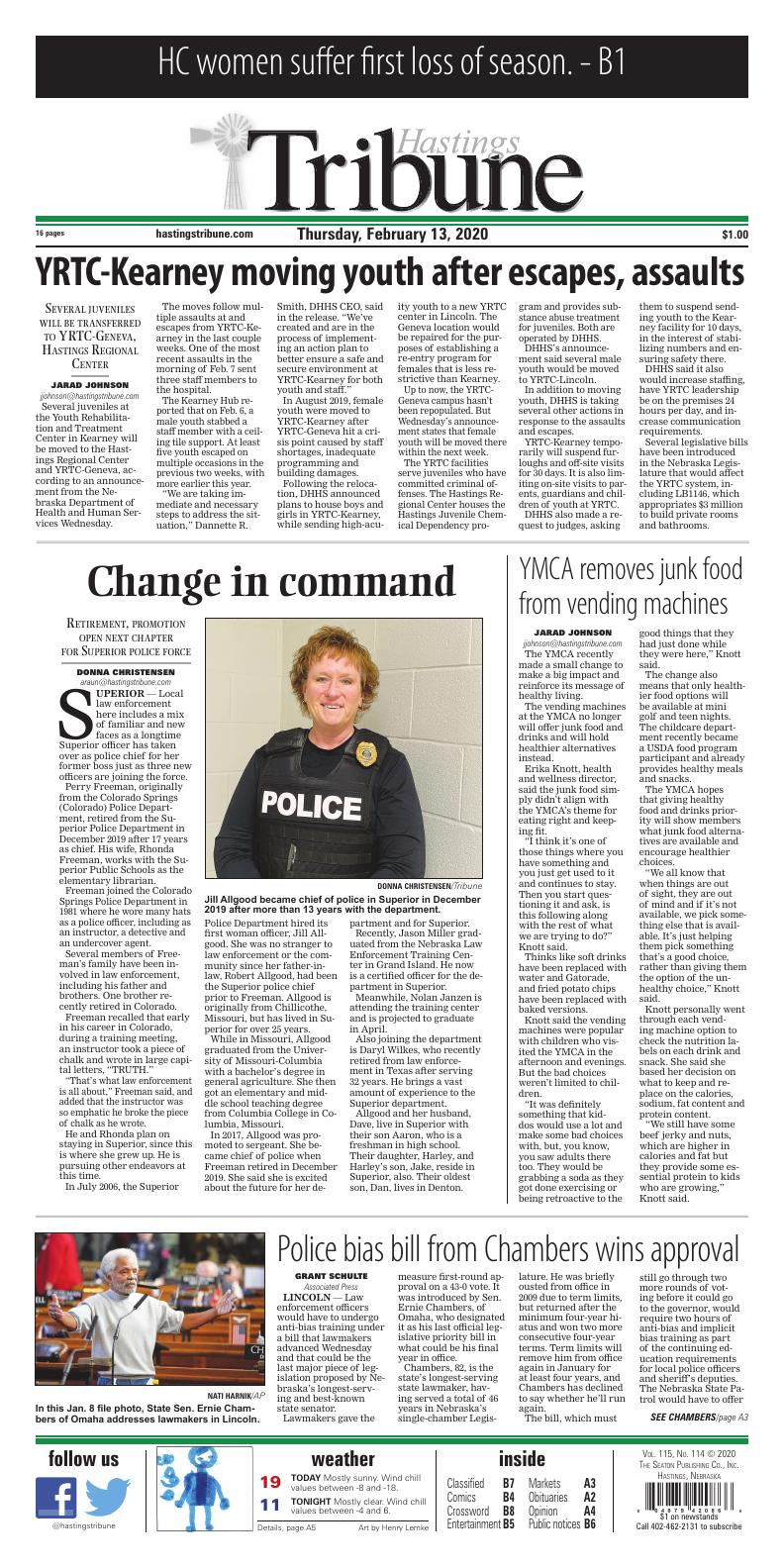 Several juveniles at the Youth Rehabilitation and Treatment Center in Kearney will be moved to the Hastings Regional Center and YRTC-Geneva, according to an announcement from the Nebraska Department of Health and Human Services Wednesday.

The moves follow multiple assaults at and escapes from YRTC-Kearney in the last couple weeks. One of the most recent assaults in the morning of Feb. 7 sent three staff members to the hospital.

The Kearney Hub reported that on Feb. 6, a male youth stabbed a staff member with a ceiling tile support. At least five youth escaped on multiple occasions in the previous two weeks, with more earlier this year.

“We are taking immediate and necessary steps to address the situation,” Dannette R. Smith, DHHS CEO, said in the release. “We’ve created and are in the process of implementing an action plan to better ensure a safe and secure environment at YRTC-Kearney for both youth and staff.”

In August 2019, female youth were moved to YRTC-Kearney after YRTC-Geneva hit a crisis point caused by staff shortages, inadequate programming and building damages.

Following the relocation, DHHS announced plans to house boys and girls in YRTC-Kearney, while sending high-acuity youth to a new YRTC center in Lincoln. The Geneva location would be repaired for the purposes of establishing a re-entry program for females that is less restrictive than Kearney.

Up to now, the YRTC-

Geneva campus hasn’t been repopulated. But Wednesday’s announcement states that female youth will be moved there within the next week.

The YRTC facilities serve juveniles who have committed criminal offenses. The Hastings Regional Center houses the Hastings Juvenile Chemical Dependency program and provides substance abuse treatment for juveniles. Both are operated by DHHS.

In addition to moving youth, DHHS is taking several other actions in response to the assaults and escapes.

YRTC-Kearney temporarily will suspend furloughs and off-site visits for 30 days. It is also limiting on-site visits to parents, guardians and children of youth at YRTC.

DHHS also made a request to judges, asking them to suspend sending youth to the Kearney facility for 10 days, in the interest of stabilizing numbers and ensuring safety there.

DHHS said it also would increase staffing, have YRTC leadership be on the premises 24 hours per day, and increase communication requirements.

Several legislative bills have been introduced in the Nebraska Legislature that would affect the YRTC system, including LB1146, which appropriates $3 million to build private rooms and bathrooms. 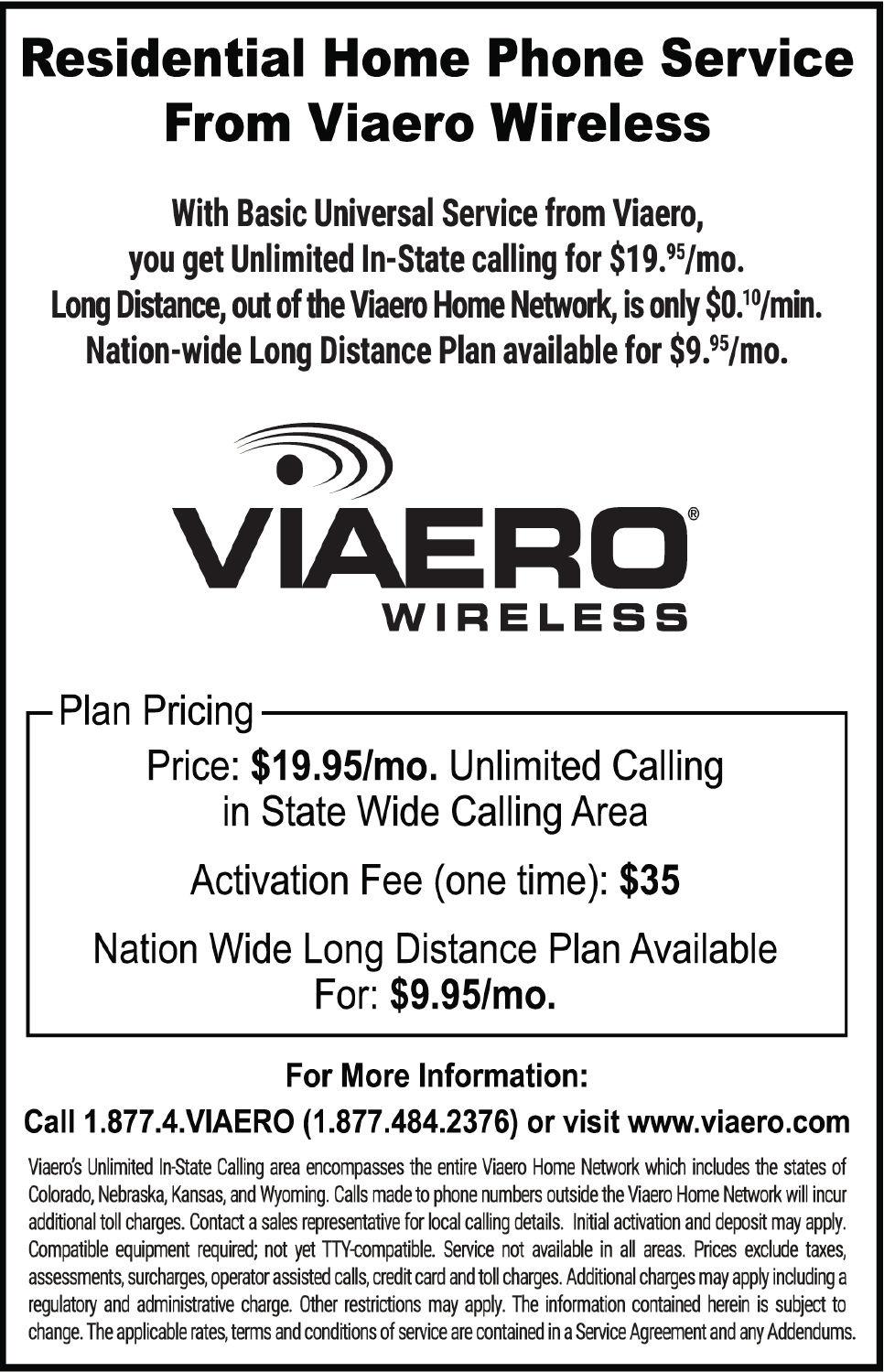 Jill Allgood became chief of police in Superior in December 2019 after more than 13 years with the department.

SUPERIOR — Local law enforcement here includes a mix of familiar and new faces as a longtime Superior officer has taken over as police chief for her former boss just as three new officers are joining the force.

Freeman joined the Colorado Springs Police Department in 1981 where he wore many hats as a police officer, including as an instructor, a detective and an undercover agent.

Several members of Freeman’s family have been involved in law enforcement, including his father and brothers. One brother recently retired in Colorado.

Freeman recalled that early in his career in Colorado, during a training meeting, an instructor took a piece of chalk and wrote in large capital letters, “TRUTH.”

“That’s what law enforcement is all about,” Freeman said, and added that the instructor was so emphatic he broke the piece of chalk as he wrote.

He and Rhonda plan on staying in Superior, since this is where she grew up. He is pursuing other endeavors at this time.

In July 2006, the Superior Police Department hired its first woman officer, Jill Allgood. She was no stranger to law enforcement or the community since her father-in-law, Robert Allgood, had been the Superior police chief prior to Freeman. Allgood is originally from Chillicothe, Missouri, but has lived in Superior for over 25 years.

While in Missouri, Allgood graduated from the University of Missouri-Columbia with a bachelor’s degree in general agriculture. She then got an elementary and middle school teaching degree from Columbia College in Columbia, Missouri.

In 2017, Allgood was promoted to sergeant. She became chief of police when Freeman retired in December 2019. She said she is excited about the future for her department and for Superior.

Recently, Jason Miller graduated from the Nebraska Law Enforcement Training Center in Grand Island. He now is a certified officer for the department in Superior.

Meanwhile, Nolan Janzen is attending the training center and is projected to graduate in April.

Also joining the department is Daryl Wilkes, who recently retired from law enforcement in Texas after serving 32 years. He brings a vast amount of experience to the Superior department.

Allgood and her husband, Dave, live in Superior with their son Aaron, who is a freshman in high school. Their daughter, Harley, and Harley’s son, Jake, reside in Superior, also. Their oldest son, Dan, lives in Denton. 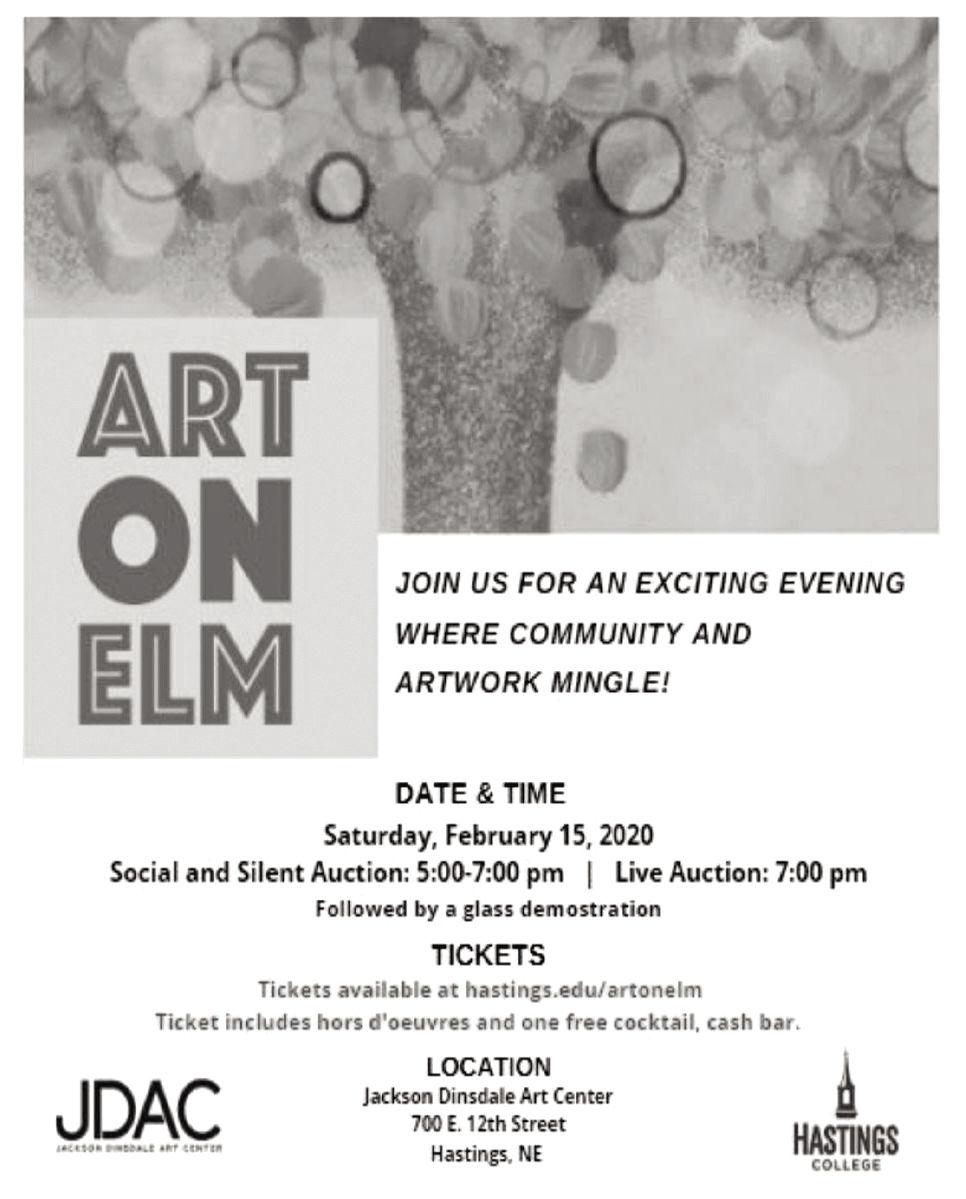 LINCOLN — Law enforcement officers would have to undergo anti-bias training under a bill that lawmakers advanced Wednesday and that could be the last major piece of legislation proposed by Nebraska’s longest-serving and best-known state senator.

Lawmakers gave the measure first-round approval on a 43-0 vote. It was introduced by Sen. Ernie Chambers, of Omaha, who designated it as his last official legislative priority bill in what could be his final year in office.

Chambers, 82, is the state’s longest-serving state lawmaker, having served a total of 46 years in Nebraska’s single-chamber Legislature. He was briefly ousted from office in 2009 due to term limits, but returned after the minimum four-year hiatus and won two more consecutive four-year terms. Term limits will remove him from office again in January for at least four years, and Chambers has declined to say whether he’ll run again.

The bill, which must still go through two more rounds of voting before it could go to the governor, would require two hours of anti-bias and implicit bias training as part of the continuing education requirements for local police officers and sheriff’s deputies. The Nebraska State Patrol would have to offer training as well to try to prevent racial profiling.

Chambers described the measure as a relatively small “peewee bill,” but said it could help prevent the deaths of unarmed black people.

“It will do some good,” said Chambers, who is black.

Sen. Patty Pansing Brooks, of Omaha, said the bill may seem small, but she argued that it isn’t a “peewee issue,” and she praised Chambers for his work in the Legislature.

Sen. Steve Lathrop, of Omaha, said it’s important because studies have shown that there is bias in law enforcement, even though it can be unconscious.

Chambers fought for years to abolish the death penalty and succeeded in 2015, but the law he sponsored was overturned by voters after a petition drive partially financed by Gov. Pete Ricketts and the governor’s conservative allies.

Under legislative rules, designating a bill as a priority increases the odds that lawmakers will debate and vote on it before the session ends, and proposals that don’t get chosen aren’t likely to pass. Each senator gets one priority bill per session.

The YMCA recently made a small change to make a big impact and reinforce its message of healthy living.

The vending machines at the YMCA no longer will offer junk food and drinks and will hold healthier alternatives instead.

“I think it’s one of those things where you have something and you just get used to it and continues to stay. Then you start questioning it and ask, is this following along with the rest of what we are trying to do?” Knott said.

Knott said the vending machines were popular with children who visited the YMCA in the afternoon and evenings. But the bad choices weren’t limited to children.

“It was definitely something that kiddos would use a lot and make some bad choices with, but, you know, you saw adults there too. They would be grabbing a soda as they got done exercising or being retroactive to the good things that they had just done while they were here,” Knott said.

The change also means that only healthier food options will be available at mini golf and teen nights. The childcare department recently became a USDA food program participant and already provides healthy meals and snacks.

The YMCA hopes that giving healthy food and drinks priority will show members what junk food alternatives are available and encourage healthier choices.

“We all know that when things are out of sight, they are out of mind and if it’s not available, we pick something else that is available. It’s just helping them pick something that’s a good choice, rather than giving them the option of the unhealthy choice,” Knott said.

Knott personally went through each vending machine option to check the nutrition labels on each drink and snack. She said she based her decision on what to keep and replace on the calories, sodium, fat content and protein content.

“We still have some beef jerky and nuts, which are higher in calories and fat but they provide some essential protein to kids who are growing,” Knott said. 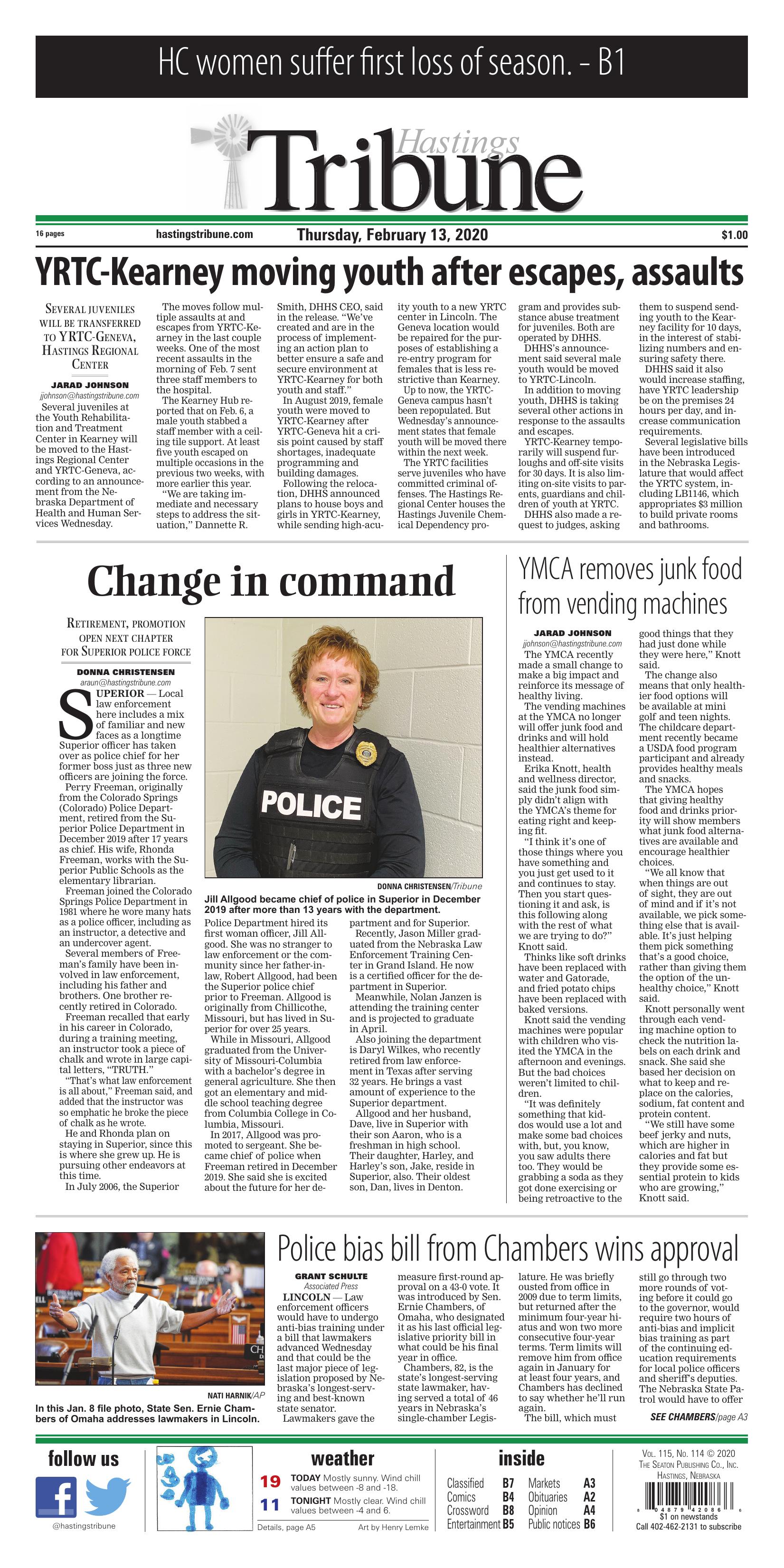