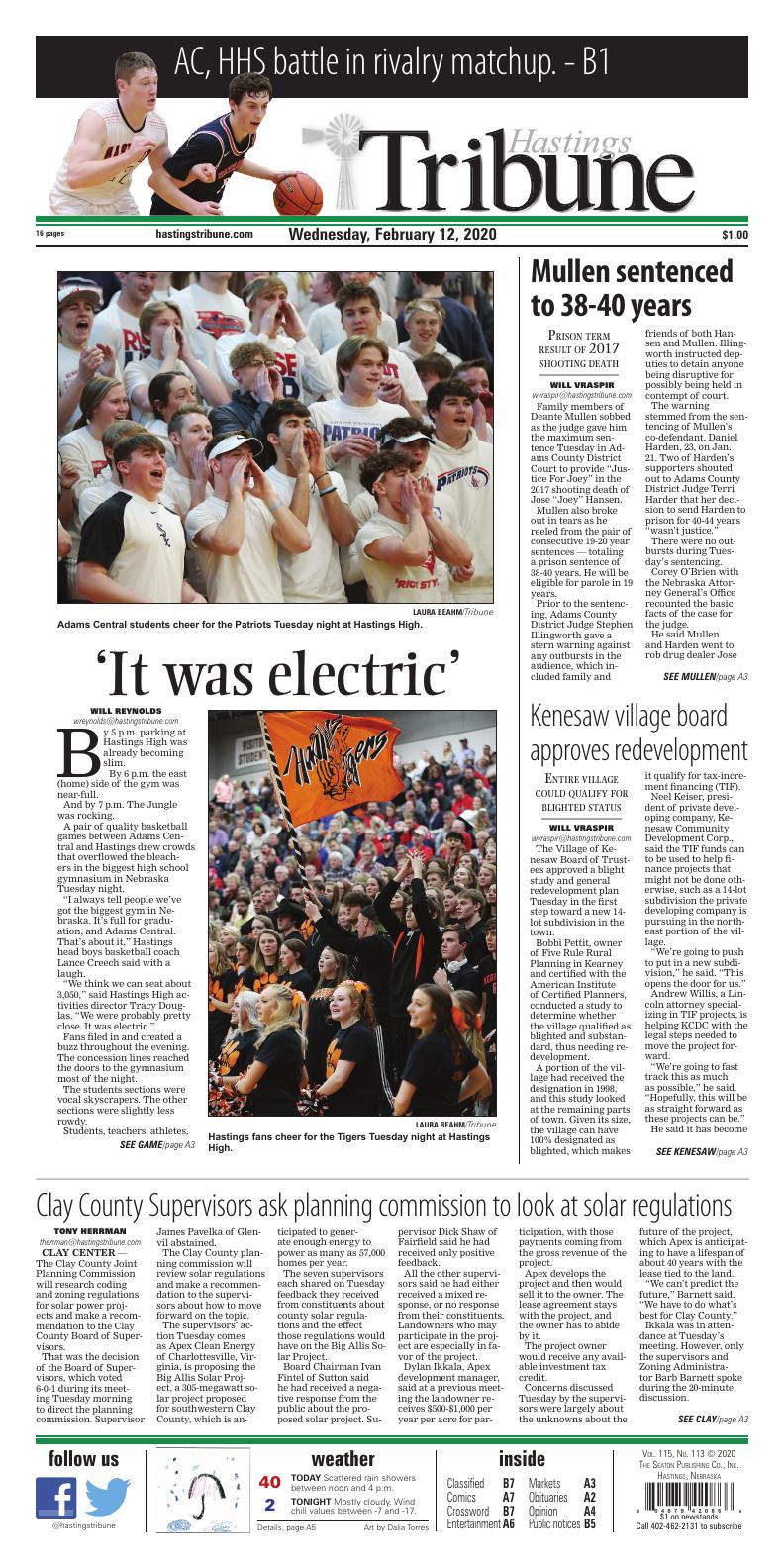 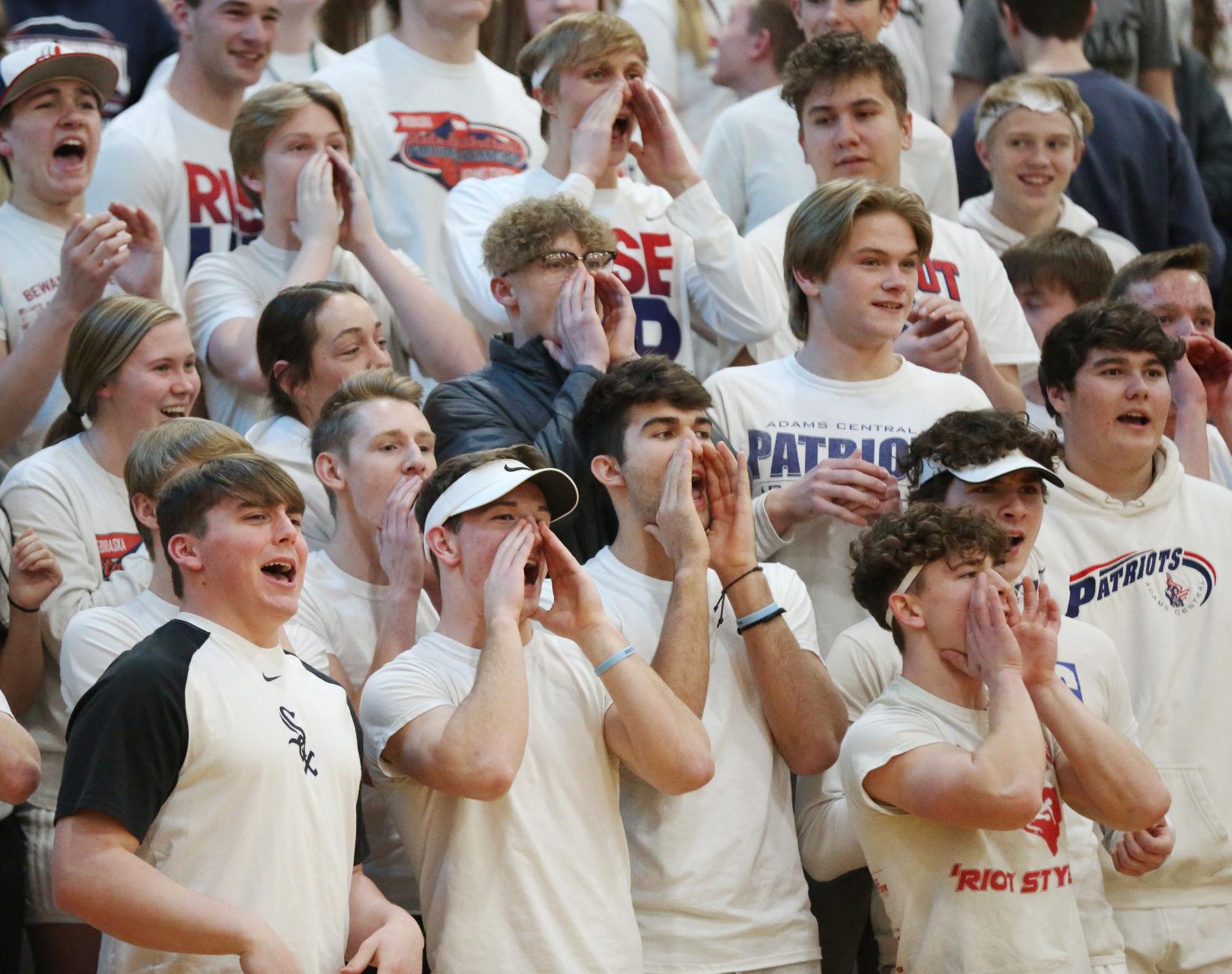 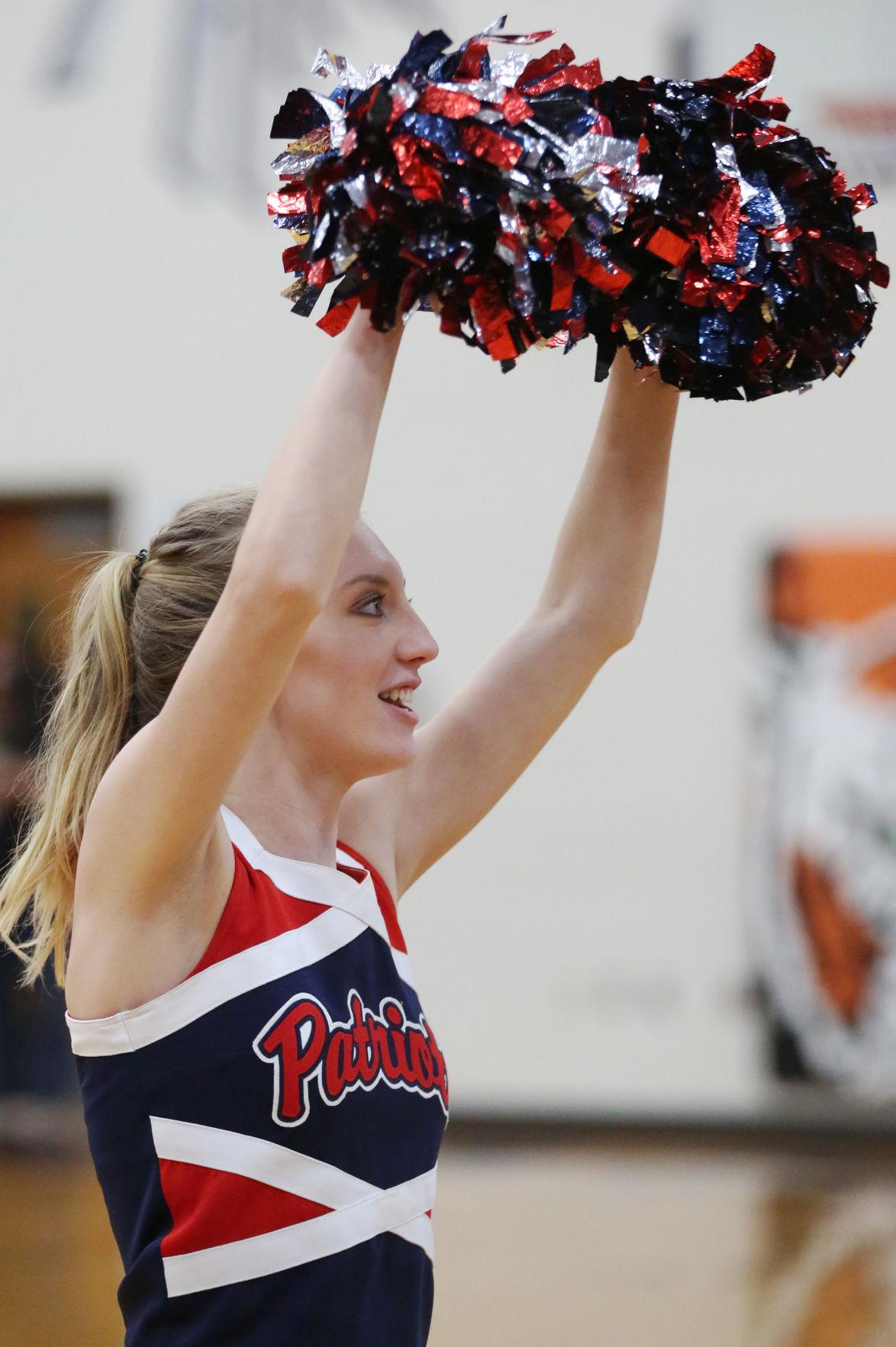 By 5 p.m. parking at Hastings High was already becoming slim.

And by 7 p.m. The Jungle was rocking.

A pair of quality basketball games between Adams Central and Hastings drew crowds that overflowed the bleachers in the biggest high school gymnasium in Nebraska Tuesday night. 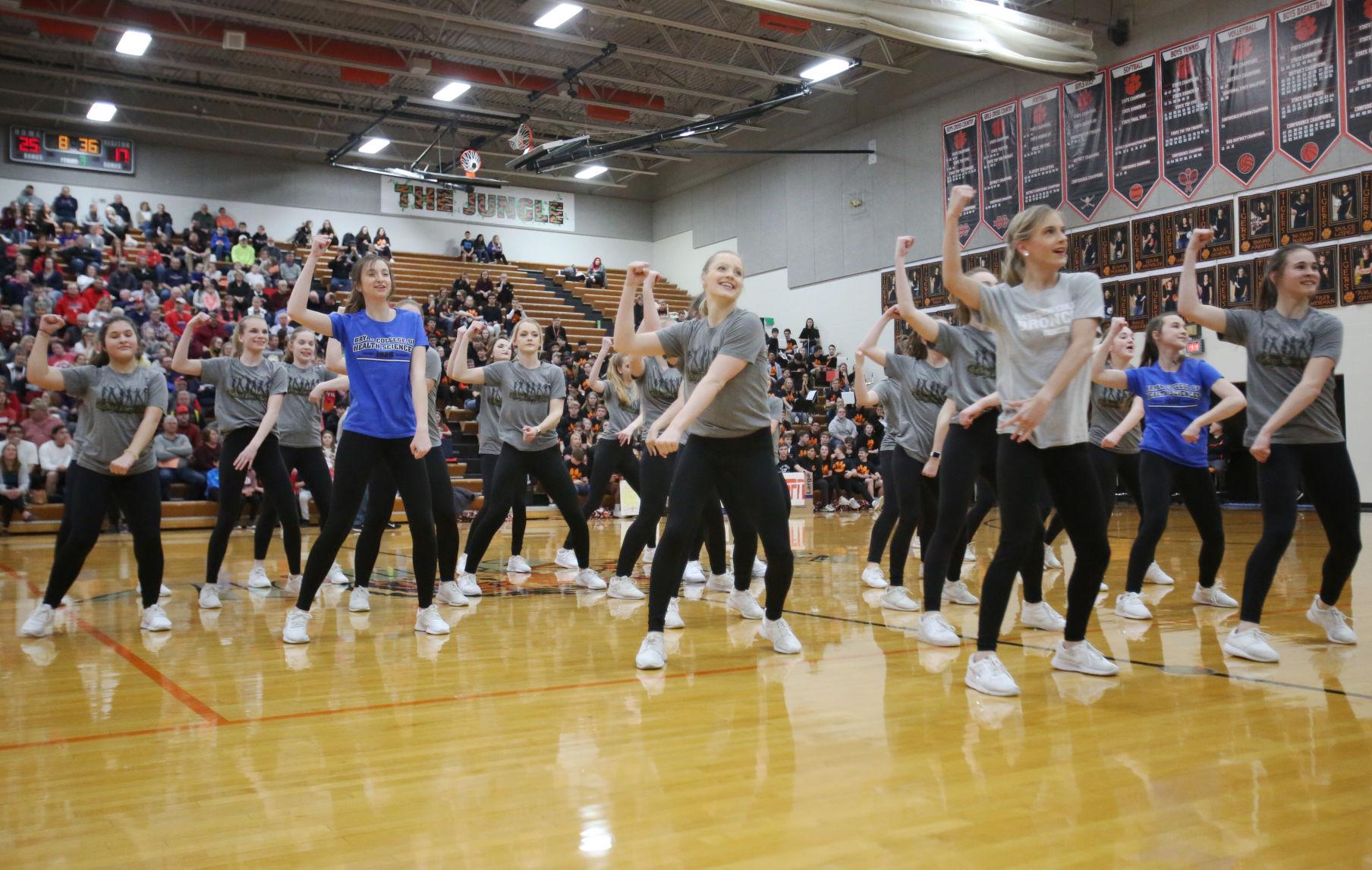 “I always tell people we’ve got the biggest gym in Nebraska. It’s full for graduation, and Adams Central. That’s about it,” Hastings head boys basketball coach Lance Creech said with a laugh.

“We think we can seat about 3,050,” said Hastings High activities director Tracy Douglas. “We were probably pretty close. It was electric.”

Fans filed in and created a buzz throughout the evening. The concession lines reached the doors to the gymnasium most of the night.

Students, teachers, athletes, and coaches from other schools, other counties, other towns were included in the madness.

The three city schools — AC, Hastings, and St. Cecilia — combined for a group dance performance at halftime of each game.

The nightcap, which featured one of the more hyped up boys matchups in recent years, attracted folks who had not yet been to a game this year.

Fred Vaupel of Hastings said the Hastings and Adams Central boys, both ranked second in their respective classes of B and C-1, were reason enough to attend his first game of this winter season. His granddaughter also plays in the Hastings band. 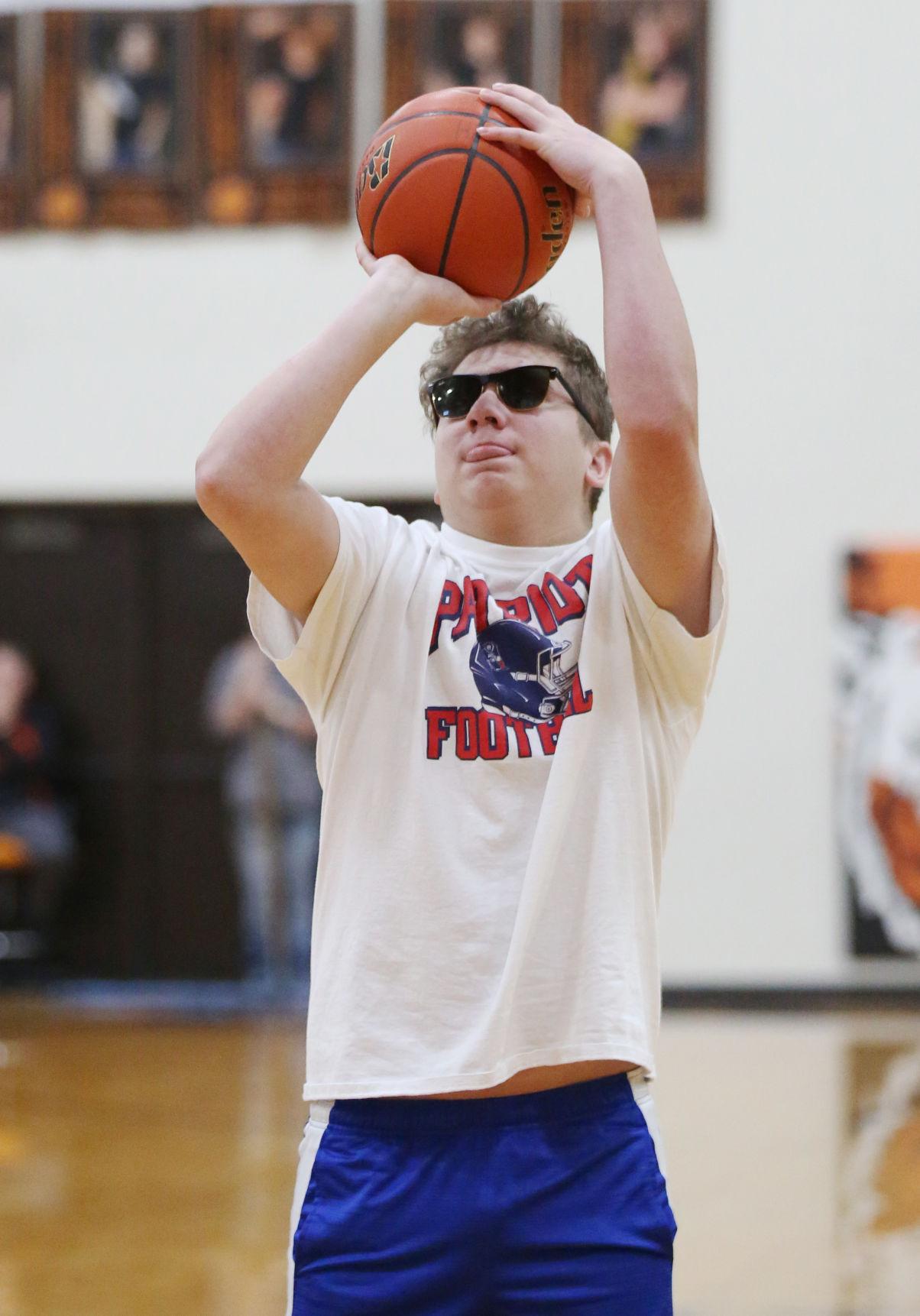 “I was surprised how full the stands were,” he said. “But with the rivalry between these two, it makes sense.”

“It feels just like it,” he said. “Obviously the entire place is packed and everyone is cheering as loud as they can. It was crazy. It was awesome.”

AC head coach Zac Foster was thankful for the turnout from the community.

“I don’t think our kids realize how lucky they are to play in an atmosphere like that,” he said. “Two fanbases that really support their teams — two great teams with great players.” 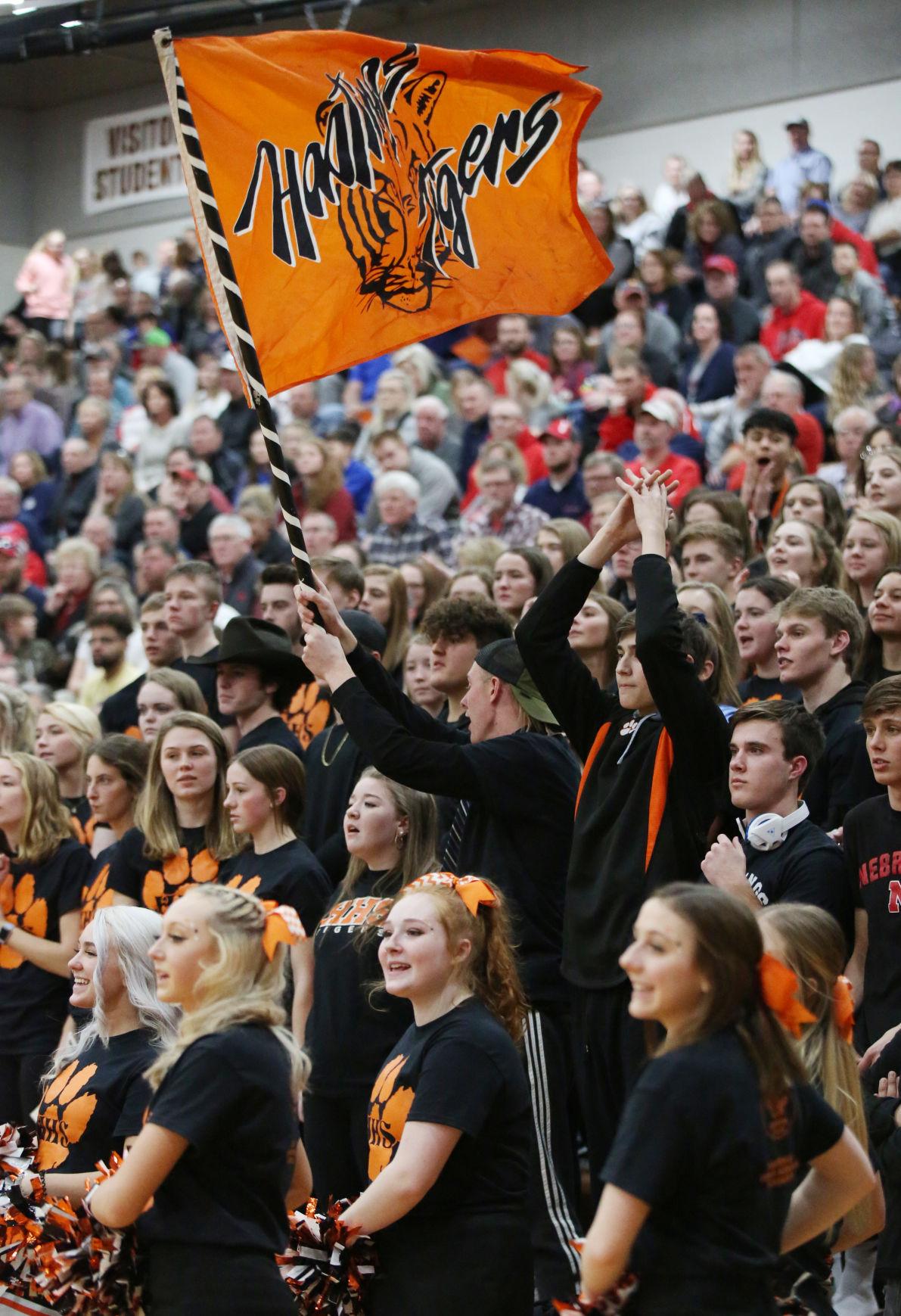 CLAY CENTER — The Clay County Joint Planning Commission will research coding and zoning regulations for solar power projects and make a recommendation to the Clay County Board of Supervisors.

That was the decision of the Board of Supervisors, which voted 6-0-1 during its meeting Tuesday morning to direct the planning commission. Supervisor James Pavelka of Glenvil abstained.

The Clay County planning commission will review solar regulations and make a recommendation to the supervisors about how to move forward on the topic.

The supervisors’ action Tuesday comes as Apex Clean Energy of Charlottesville, Virginia, is proposing the Big Allis Solar Project, a 305-megawatt solar project proposed for southwestern Clay County, which is anticipated to generate enough energy to power as many as 57,000 homes per year.

The seven supervisors each shared on Tuesday feedback they received from constituents about county solar regulations and the effect those regulations would have on the Big Allis Solar Project.

All the other supervisors said he had either received a mixed response, or no response from their constituents. Landowners who may participate in the project are especially in favor of the project.

Dylan Ikkala, Apex development manager, said at a previous meeting the landowner receives $500-$1,000 per year per acre for participation, with those payments coming from the gross revenue of the project.

Apex develops the project and then would sell it to the owner. The lease agreement stays with the project, and the owner has to abide by it.

The project owner would receive any available investment tax credit.

Concerns discussed Tuesday by the supervisors were largely about the unknowns about the future of the project, which Apex is anticipating to have a lifespan of about 40 years with the lease tied to the land.

“We can’t predict the future,” Barnett said. “We have to do what’s best for Clay County.”

Ikkala was in attendance at Tuesday’s meeting. However, only the supervisors and Zoning Administrator Barb Barnett spoke during the 20-minute discussion.

Ikkala said during a previous supervisors meeting that renewable energy development in Nebraska was largely made possible by the passage of LB824 in 2016.

The bill was meant to attract private renewable energy development to Nebraska by streamlining and updating regulations.

One of LB824’s biggest attributes, Ikkala said, is the nameplate capacity tax, which must be paid by the owner of the renewable energy project at a rate of $3,518 per megawatt per year.

For the Big Allis project that would equal $1,072,990 paid each year, with those funds going first to the Nebraska Department of Revenue and then to the host county with the majority of the funds going to local school districts. 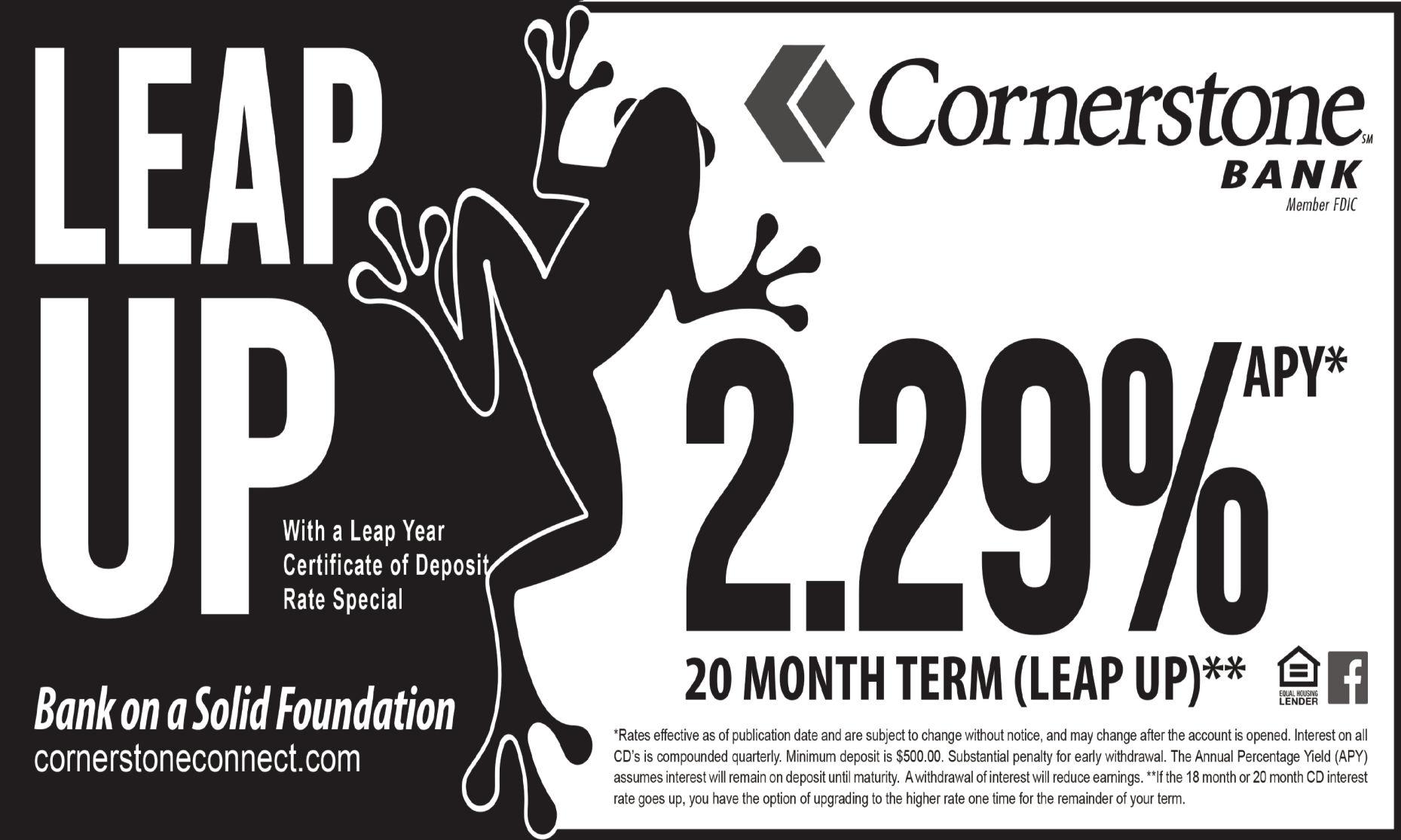 Family members of Deante Mullen sobbed as the judge gave him the maximum sentence Tuesday in Adams County District Court to provide “Justice For Joey” in the 2017 shooting death of Jose “Joey” Hansen.

Mullen also broke out in tears as he reeled from the pair of consecutive 19-20 year sentences — totaling a prison sentence of 38-40 years. He will be eligible for parole in 19 years.

Prior to the sentencing, Adams County District Judge Stephen Illingworth gave a stern warning against any outbursts in the audience, which included family and friends of both Hansen and Mullen. Illingworth instructed deputies to detain anyone being disruptive for possibly being held in contempt of court.

The warning stemmed from the sentencing of Mullen’s co-defendant, Daniel Harden, 23, on Jan. 21. Two of Harden’s supporters shouted out to Adams County District Judge Terri Harder that her decision to send Harden to prison for 40-44 years “wasn’t justice.”

There were no outbursts during Tuesday’s sentencing.

Corey O’Brien with the Nebraska Attorney General’s Office recounted the basic facts of the case for the judge.

He said Mullen and Harden went to rob drug dealer Jose “Joey” Hansen in the early morning hours of Sept. 11, 2017. The attempted robbery led to Hansen’s death in 700 block of West G Street, where he was killed with a single gunshot wound to the back.

“Deante Mullen and Daniel Harden were known to law enforcement long before this day,” he said. “There had been other stories about them robbing other drug dealers.”

O’Brien said Hansen’s murder may have been accidental, but the suspects are still to be held accountable for the actions that led to the death.

“Never has the state contended that this was a pre-meditated act,” he said.

“Joey Hansen did not deserve the fate he received that night,” he said.

Mullen’s attorney, Charles Brewster of Kearney, confirmed that Mullen had no intention of hurting Hansen.

“He is immensely sorry about what happened that night,” he said. “He recognizes the damage done here is monumental. He knows he’s responsible and knows it was a huge mistake.”

Brewster said Mullen has been a model prisoner in the 770 days spent at the corrections center in Kearney.

Mullen also addressed the court before his sentencing. He apologized to Hansen’s family for their loss as well as his own family for hurting them with his actions.

“I apologize to Joey’s family and loved ones,” he said. “I hope you can all find forgiveness in your hearts for me.”

Illingworth noted that Mullen planned and arranged the robbery. He may not have pulled the trigger, but is as responsible as Harden in the murder.

“Being immensely sorry does not bring Joey back,” he said.

In exchange for his plea, prosecutors reduced the charges from first-degree murder and use of a firearm to commit a felony.

Another part of the agreement was that Mullen would testify in the cases of any co-defendants brought to trial, which Mullen did in October 2019.

Mullen and Harden were both charged with first-degree murder and use of a deadly weapon to commit a crime. Prosecutors later added a charge of conspiracy to commit robbery against Harden, whose jury trial concluded Nov. 4, 2019, in Adams County District Court. A jury found Harden not guilty of the murder and weapon charges, but convicted him of the conspiracy charge.

Mullen testified in the case, saying it was his plan to set up a robbery to help another friend, his weapon used in the crime and he was the driver of the vehicle used. He claimed Harden agreed to participate in the robbery, pointed Mullen’s gun at Hansen, and accidentally pulled the trigger.

Harden testified he was at home at the time of the shooting.

After the shooting, Creigh said she went back to the scene with Mullen to retrieve a dropped cellphone and package of cigarettes. Creigh also lied to police when questioned about the whereabouts of herself and Mullen at the time of the shooting.

The Village of Kenesaw Board of Trustees approved a blight study and general redevelopment plan Tuesday in the first step toward a new 14-lot subdivision in the town.

Bobbi Pettit, owner of Five Rule Rural Planning in Kearney and certified with the American Institute of Certified Planners, conducted a study to determine whether the village qualified as blighted and substandard, thus needing redevelopment.

A portion of the village had received the designation in 1998, and this study looked at the remaining parts of town. Given its size, the village can have 100% designated as blighted, which makes it qualify for tax-increment financing (TIF).

“We’re going to push to put in a new subdivision,” he said. “This opens the door for us.”

Andrew Willis, a Lincoln attorney specializing in TIF projects, is helping KCDC with the legal steps needed to move the project forward.

“We’re going to fast track this as much as possible,” he said. “Hopefully, this will be as straight forward as these projects can be.”

He said it has become common to use TIF funds to bolster redevelopment across the state. He said the cost/benefit analysis has already been completed, indicating the project would have been cost-prohibitive without TIF funds.

Willis is hoping to have an amended general redevelopment plan and redevelopment agreement ready for the trustees to approve in March. He said the project will be completed in stages as the lots are sold to maximize TIF funds.

The trustees voted unanimously to approve the blight study and general redevelopment plan after Pettit’s presentation. The second and third readings were waived to allow them to be adopted immediately.

Making outside observations of the 226 properties with structures within the portion of the village examined in the study, Pettit rated 17 as fair to excellent, 200 as having major wear, and nine as dilapidated. She explained that major wear means a structure is deteriorating in some way. Only properties in the second blight study were examined.

She also found that 64% of the structures are estimated to have been built before 1979.

“A lot of our homes in rural Nebraska were built in the 1970s or earlier so they are at least 40 years old,” she said.

Along with the structures, Pettit said the street layout in the village is inadequate with several areas lacking the proper platting to preserve the right-of-way that would enable these properties to be developed with street access. She noted that most of the roads in the village need maintenance. The sidewalk network also is inconsistent with a lack of accessible curb ramps that meet the standards of the Americans With Disabilities Act. Some areas still use 2-inch or 4-inch-diameter water mains when the standard minimum is 6 inches.

Pettit also pointed to the annual flood chances in the area, which could hinder development. Much of the village is considered to have a 1% chance to flood, surrounded by areas with a 0.2% chance.

She also pointed to a decrease in population in the area of the village examined from 570 in the 2000 census to 505 in 2010 as another factor in the blighted designation.

The general redevelopment plan offered by Pettit is only the bare essentials. As redevelopment projects are considered, she said the general plan would need to be amended to reflect the proposed changes. 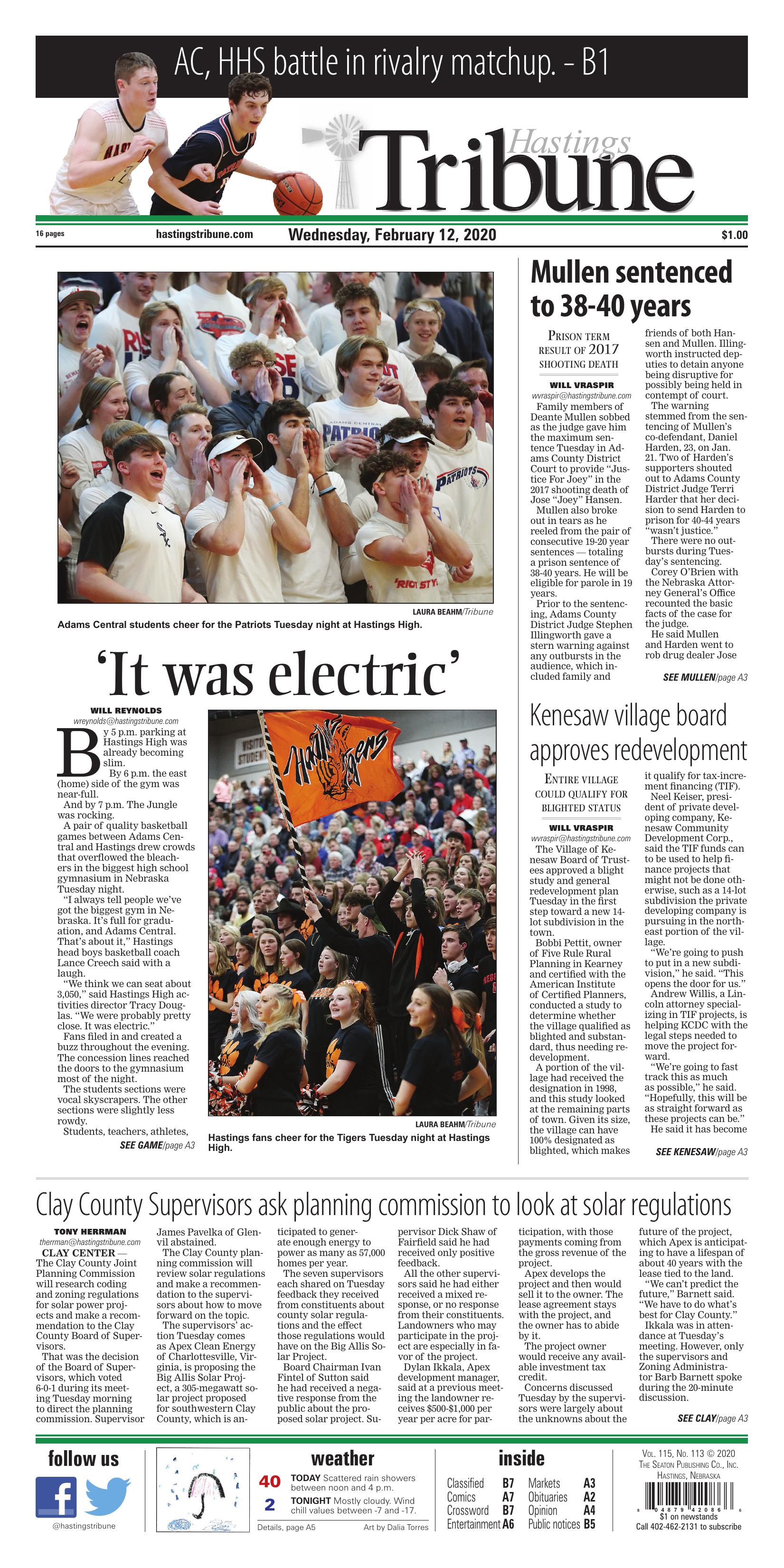