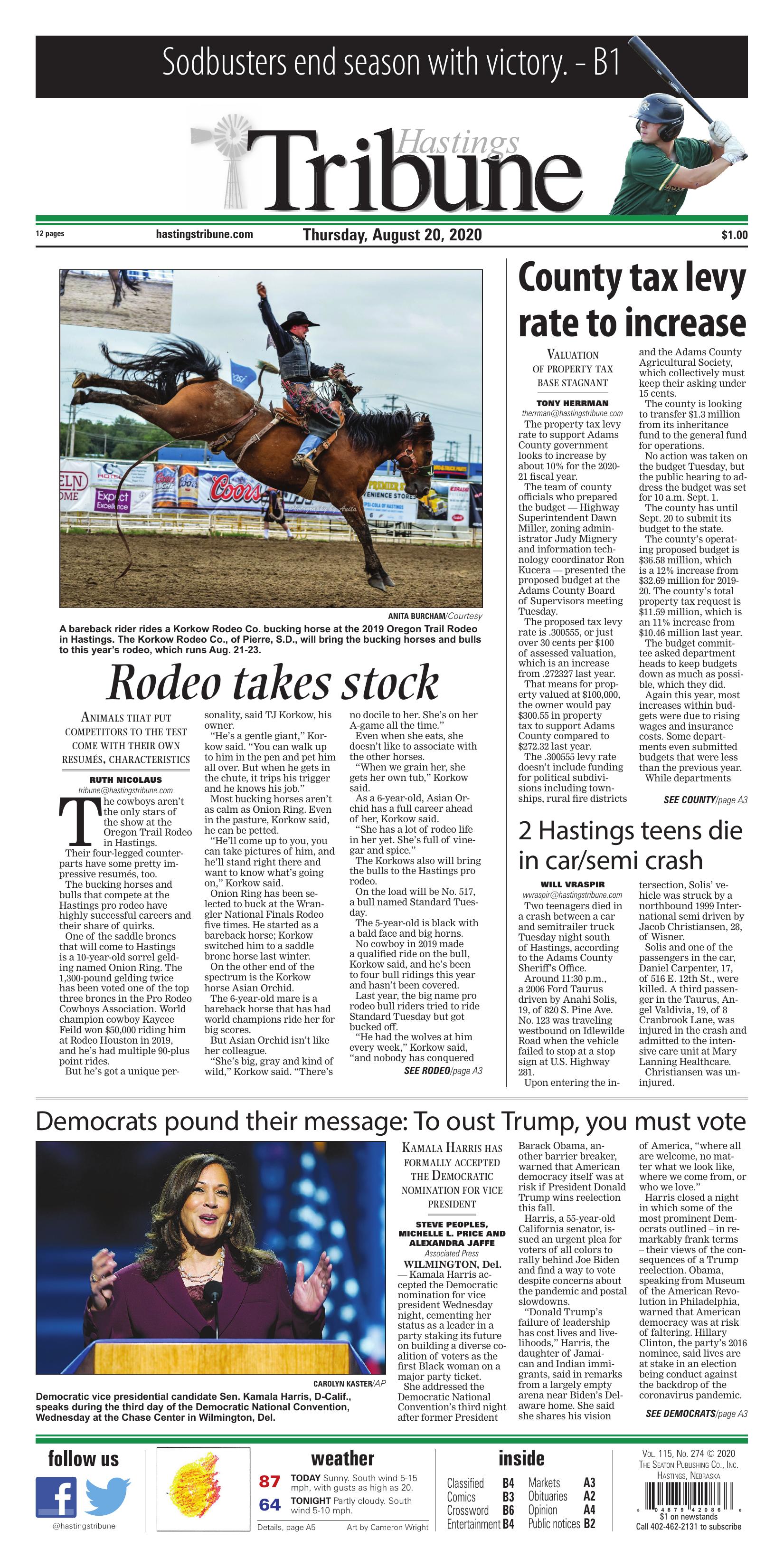 The cowboys aren’t the only stars of the show at the Oregon Trail Rodeo in Hastings.

Their four-legged counterparts have some pretty impressive resumés, too.

The bucking horses and bulls that compete at the Hastings pro rodeo have highly successful careers and their share of quirks.

One of the saddle broncs that will come to Hastings is a 10-year-old sorrel gelding named Onion Ring. The 1,300-pound gelding twice has been voted one of the top three broncs in the Pro Rodeo Cowboys Association. World champion cowboy Kaycee Feild won $50,000 riding him at Rodeo Houston in 2019, and he’s had multiple 90-plus point rides.

But he’s got a unique personality, said TJ Korkow, his owner.

“He’s a gentle giant,” Korkow said. “You can walk up to him in the pen and pet him all over. But when he gets in the chute, it trips his trigger and he knows his job.”

Most bucking horses aren’t as calm as Onion Ring. Even in the pasture, Korkow said, he can be petted.

“He’ll come up to you, you can take pictures of him, and he’ll stand right there and want to know what’s going on,” Korkow said.

On the other end of the spectrum is the Korkow horse Asian Orchid.

“She’s big, gray and kind of wild,” Korkow said. “There’s no docile to her. She’s on her A-game all the time.”

Even when she eats, she doesn’t like to associate with the other horses.

“When we grain her, she gets her own tub,” Korkow said.

As a 6-year-old, Asian Orchid has a full career ahead of her, Korkow said.

“She has a lot of rodeo life in her yet. She’s full of vinegar and spice.”

The Korkows also will bring the bulls to the Hastings pro rodeo.

On the load will be No. 517, a bull named Standard Tuesday.

The 5-year-old is black with a bald face and big horns.

No cowboy in 2019 made a qualified ride on the bull, Korkow said, and he’s been to four bull ridings this year and hasn’t been covered.

“He had the wolves at him every week,” Korkow said, “and nobody has conquered him yet. I’m not saying he’s un-ride-able, but he is so far.”

Standard Tuesday means business, he said. “When the cowboy bucks off, that’s the beginning of it. He’s going to hook somebody or something.”

The Korkow Ranch is home to 350 horses, with 150 of them ready to buck at rodeos. The rest are mares, colts, yearlings and 2- and 3-year-olds. The ranch raises all its own bucking horses; each year, it averages about 42 new colts.

They start bucking the horses as 4-year-olds, with dummies on their backs. They aren’t taken to rodeos till they are 5-year-olds, Korkow said, because they need maturity and time to grow up, and to learn the routine.

The ranch raises about 30 bull calves a year, who, as 3-year-olds, are taken to 4-H rodeos. After that, if they’re good enough, they graduate to pro rodeos. The average bull bucks till he’s about 8 years old, when bulls start to lose muscle mass and their careers wind down.

This year’s Oregon Trail Rodeo is this weekend, with performances beginning at 7 p.m. Friday and Saturday and 5 p.m. Sunday. Rodeo tickets range in price from $10-$20 and will be available online at www.Adams CountyFairgrounds.com and at the gate.

Fans are encouraged to purchase tickets online, to eliminate waiting in line at the ticket office. For more information, visit the website or call 402-462-3247.

The property tax levy rate to support Adams County government looks to increase by about 10% for the 2020-21 fiscal year.

The .300555 levy rate doesn’t include funding for political subdivisions including townships, rural fire districts and the Adams County Agricultural Society, which collectively must keep their asking under 15 cents.

The county is looking to transfer $1.3 million from its inheritance fund to the general fund for operations.

No action was taken on the budget Tuesday, but the public hearing to address the budget was set for 10 a.m. Sept. 1.

The county has until Sept. 20 to submit its budget to the state.

The budget committee asked department heads to keep budgets down as much as possible, which they did.

Again this year, most increases within budgets were due to rising wages and insurance costs. Some departments even submitted budgets that were less than the previous year.

While departments are holding the line, the amount of available funds going forward is decreasing.

“Everybody’s holding the line to their budgets, which means they’re not over-budgeting,” Miller said. “So our revenues are basically holding the line, so to say. Everything we’re estimating to spend, we’re spending it.”

One reason the levy rate is increasing is that valuation is stagnant.

The countywide valuation only increased about $15 million — $3.855 billion, up from $3.84 billion last year. That increase is less than half of 1%.

The budget committee said the lack of growth is due to declining agricultural land values.

“We’ve been fortunate in the past because valuations were going up,” said Supervisor Scott Thomsen, who serves on the budget committee.

“All these roads projects, you have to have infrastructure,” Thomsen said. “If not the county won’t be able to function. It’s wisely spent money. Even though the levy went up it’s very beneficial to the county.”

An interlocal agreement hadn’t been signed as of Tuesday morning, but budget committee chairman Chuck Neumann proposed raising the library fund from $167,772 last year to $205,000.

The net effect is the city gets money from the county as per the interlocal agreement and uses it supplemented by the general fund to operate the library and bookmobile for both city and county residents. 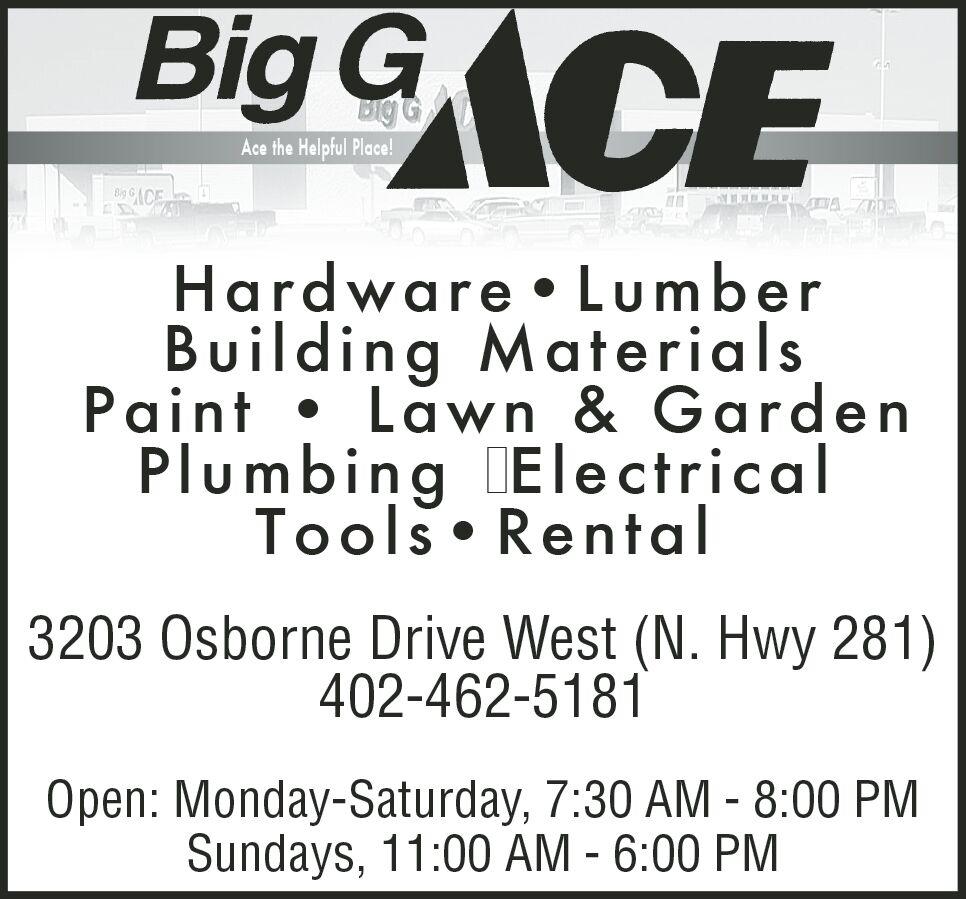 Two teenagers died in a crash between a car and semitrailer truck Tuesday night south of Hastings, according to the Adams County Sheriff’s Office.

Upon entering the intersection, Solis’ vehicle was struck by a northbound 1999 International semi driven by Jacob Christiansen, 28, of Wisner.

Solis and one of the passengers in the car, Daniel Carpenter, 17, of 516 E. 12th St., were killed. A third passenger in the Taurus, Angel Valdivia, 19, of 8 Cranbrook Lane, was injured in the crash and admitted to the intensive care unit at Mary Lanning Healthcare. 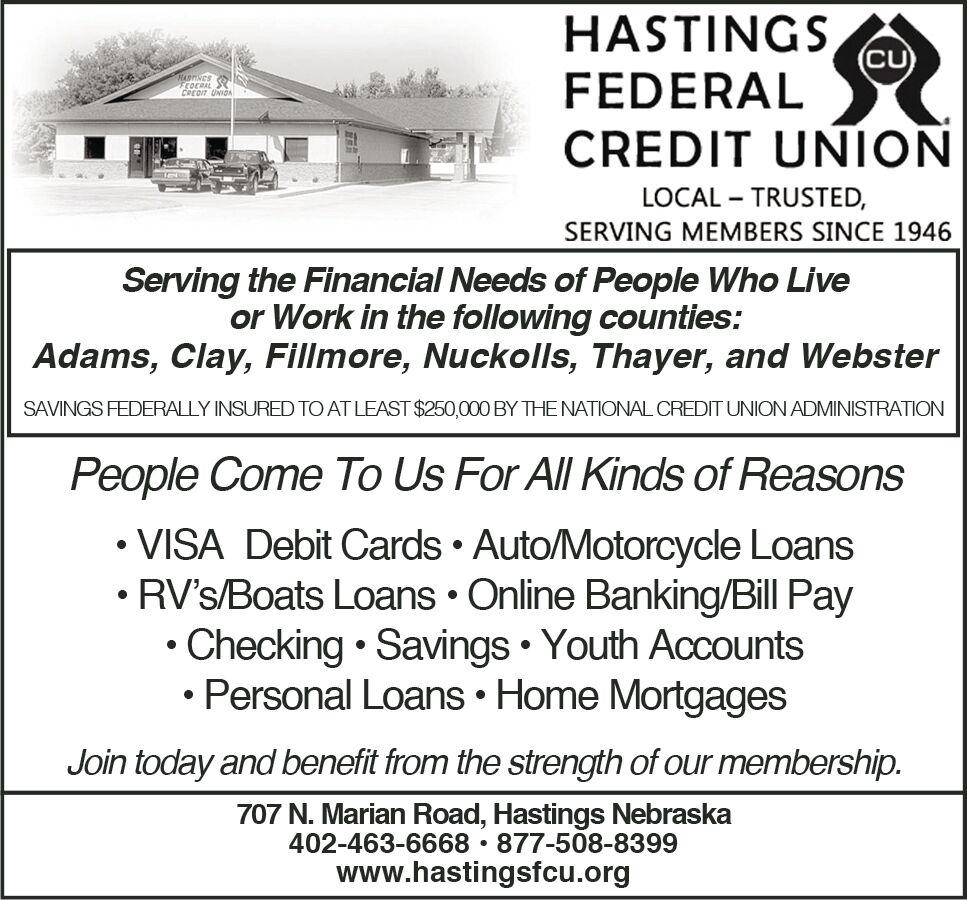