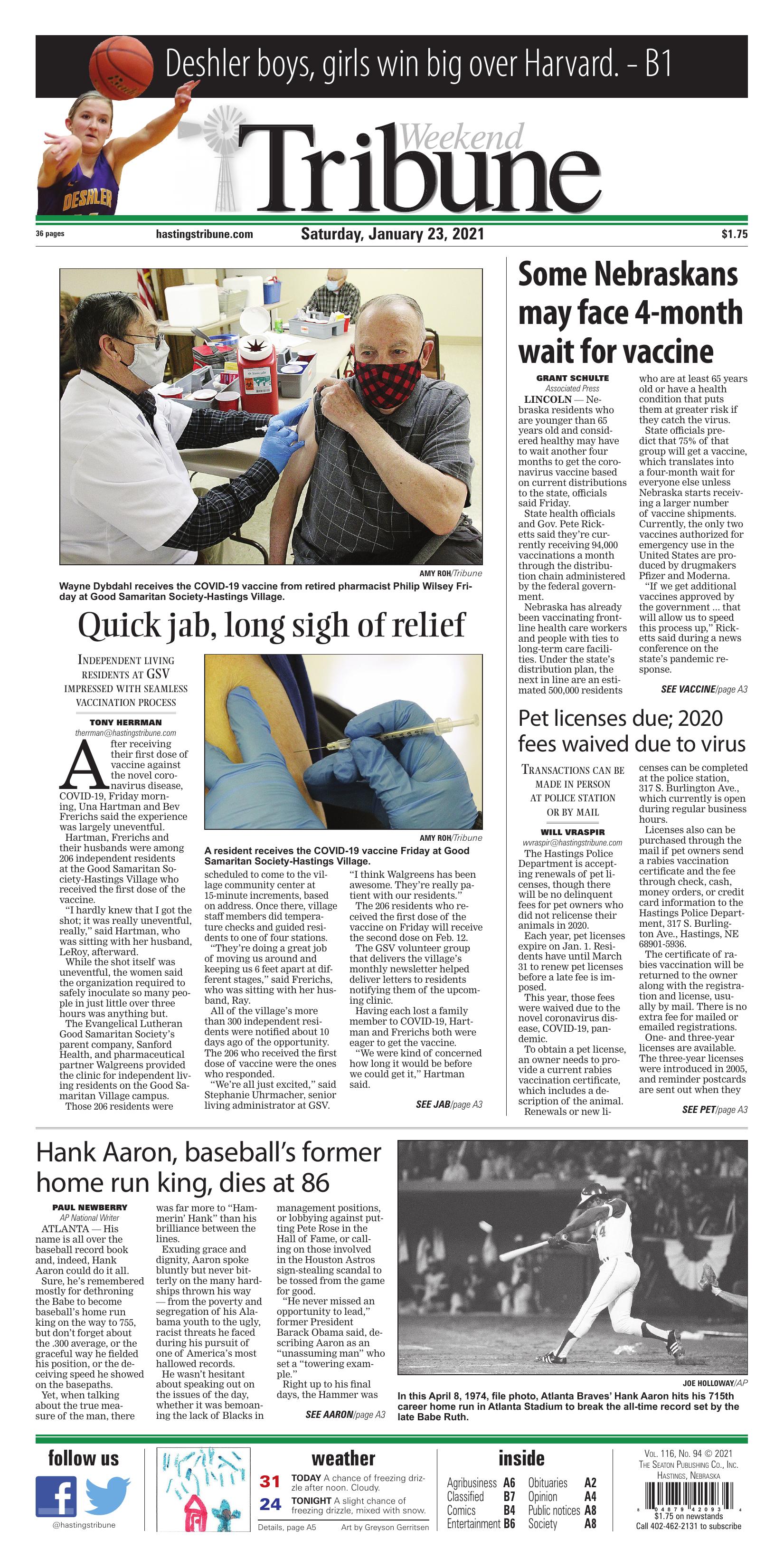 After receiving their first dose of vaccine against the novel coronavirus disease, COVID-19, Friday morning, Una Hartman and Bev Frerichs said the experience was largely uneventful.

Hartman, Frerichs and their husbands were among 206 independent residents at the Good Samaritan Society-Hastings Village who received the first dose of the vaccine.

“I hardly knew that I got the shot; it was really uneventful, really,” said Hartman, who was sitting with her husband, LeRoy, afterward.

While the shot itself was uneventful, the women said the organization required to safely inoculate so many people in just little over three hours was anything but.

Those 206 residents were scheduled to come to the village community center at 15-minute increments, based on address. Once there, village staff members did temperature checks and guided residents to one of four stations.

“They’re doing a great job of moving us around and keeping us 6 feet apart at different stages,” said Frerichs, who was sitting with her husband, Ray. 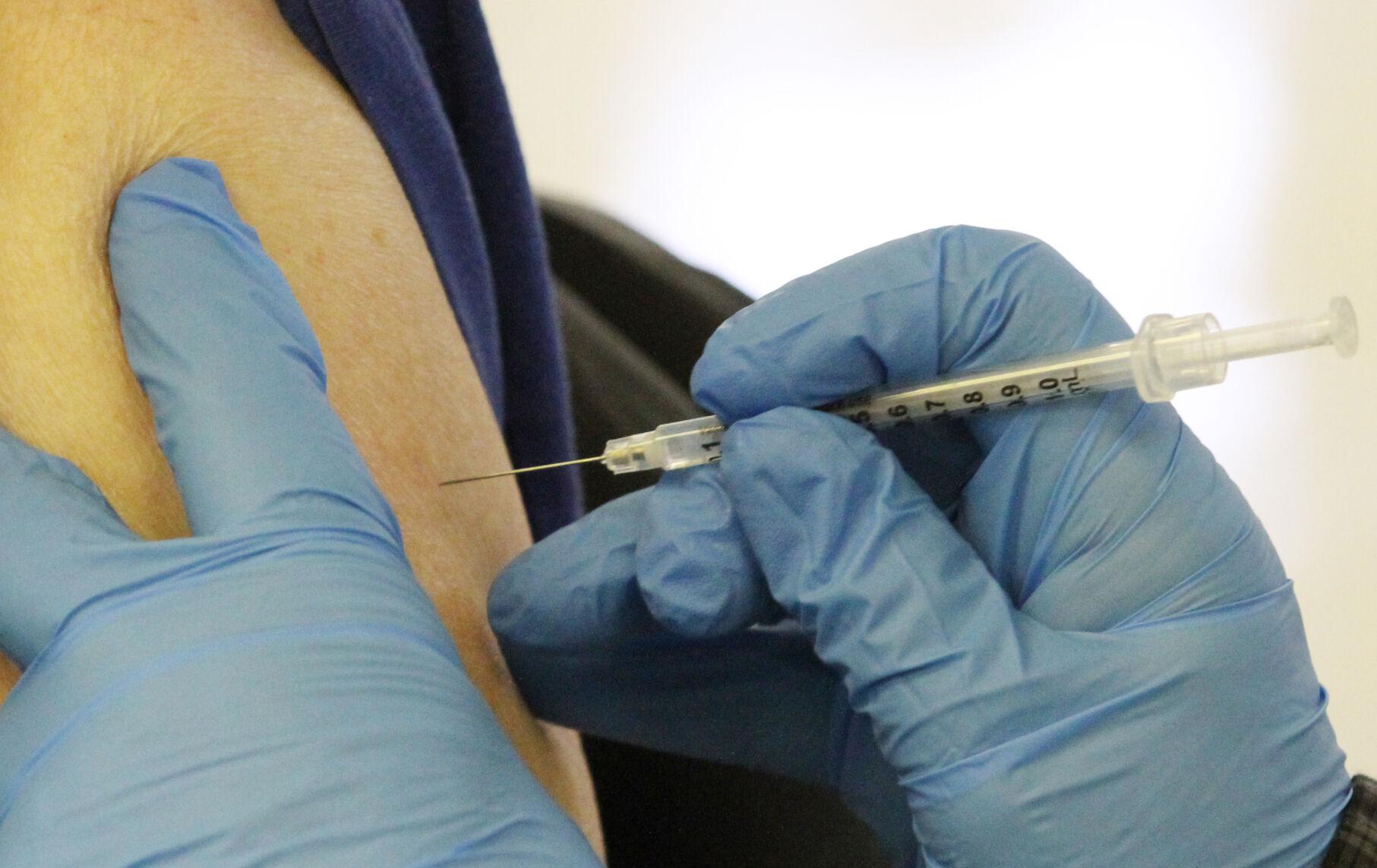 All of the village’s more than 300 independent residents were notified about 10 days ago of the opportunity. The 206 who received the first dose of vaccine were the ones who responded.

The 206 residents who received the first dose of the vaccine on Friday will receive the second dose on Feb. 12.

The GSV volunteer group that delivers the village’s monthly newsletter helped deliver letters to residents notifying them of the upcoming clinic.

Having each lost a family member to COVID-19, Hartman and Frerichs both were eager to get the vaccine.

“We were kind of concerned how long it would be before we could get it,” Hartman said.

Wayne Dybdahl also was eager to get the first dose of the vaccine on Friday.

“With everything going on with COVID, I’m sure glad we could get it as soon as we did,” he said. “I was looking forward to it.”

He also said the shot was hardly noticeable.

Throughout the pandemic, village staff and residents have worked to interact with each other in a safe manner.

Hartman participated in a golf cart parade Thursday as part of a surprise birthday celebration for Bev Frerichs, who turns 79 on Sunday.

There was also a golf cart celebration in June for the Hartmans’ 60th wedding anniversary.

“It’s one way of connecting and yet we’re in our golf carts, we’re distanced apart,” Frerichs said. “It’s been fun.”

“We didn’t think we’d be able to have one in January, but we did it,” Hartman said.

Other pandemic activities have included cornhole and golf tournaments, as well as socially distanced regular women’s teas and men’s coffees.

“We just have to keep the numbers a lot smaller than we used to,” Uhrmacher said.

Staff members used the village’s own cable channel to communicate with residents during the pandemic, streaming bingo games and exercise classes.

“The village has been doing a great job in keeping us connected,” Frerichs said.

The South Heartland Health District, which includes Adams County, now is entering Phase 1B, which will bring vaccinations for the general population of senior citizens age 65 and up; younger adults at high risk due to underlying medical problems; and several tiers of essential workers. 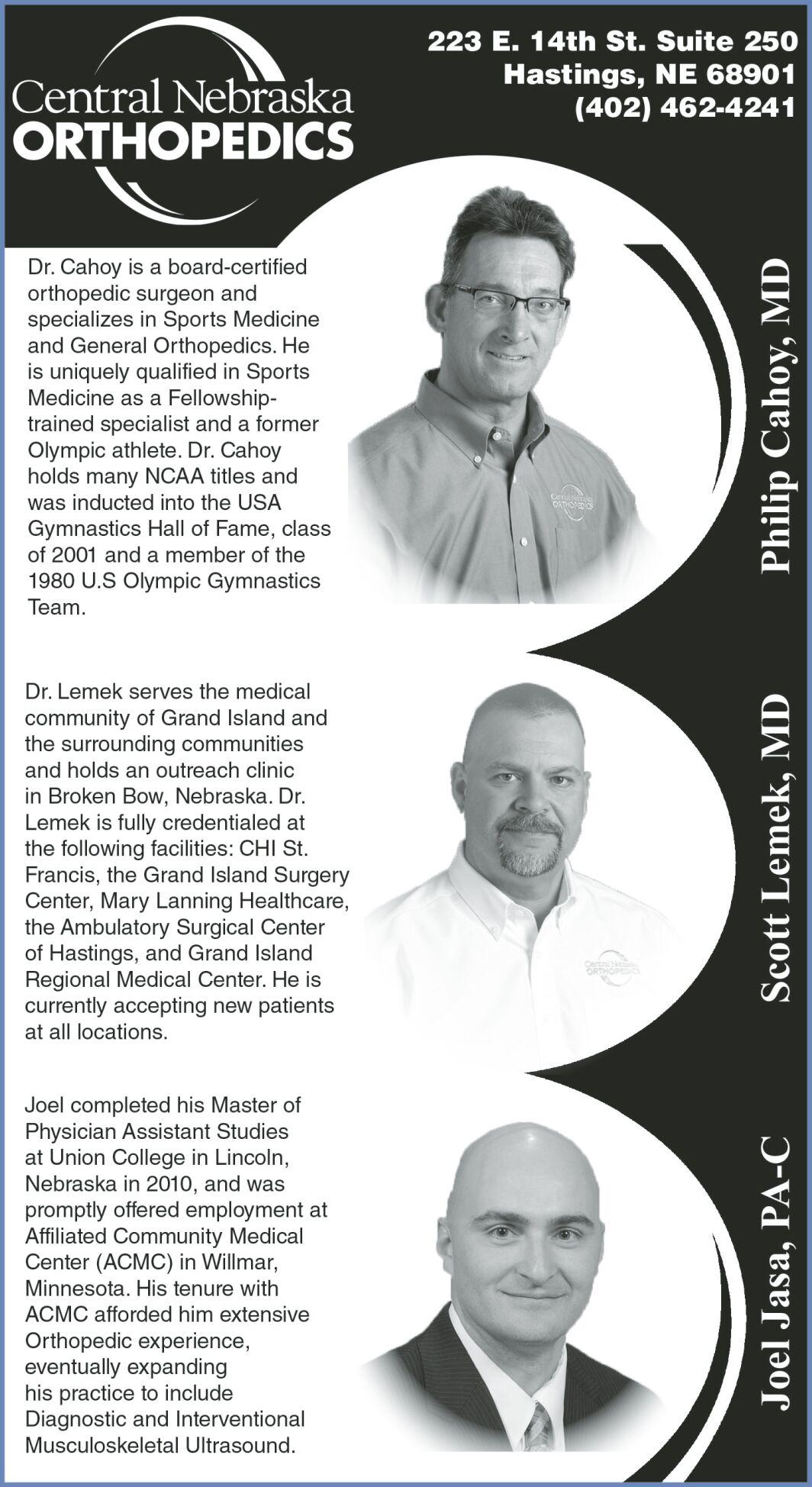 The Hastings Police Department is accepting renewals of pet licenses, though there will be no delinquent fees for pet owners who did not relicense their animals in 2020.

Each year, pet licenses expire on Jan. 1. Residents have until March 31 to renew pet licenses before a late fee is imposed.

This year, those fees were waived due to the novel coronavirus disease, COVID-19, pandemic.

To obtain a pet license, an owner needs to provide a current rabies vaccination certificate, which includes a description of the animal.

Renewals or new licenses can be completed at the police station, 317 S. Burlington Ave., which currently is open during regular business hours.

Licenses also can be purchased through the mail if pet owners send a rabies vaccination certificate and the fee through check, cash, money orders, or credit card information to the Hastings Police Department, 317 S. Burlington Ave., Hastings, NE 68901-5936.

The certificate of rabies vaccination will be returned to the owner along with the registration and license, usually by mail. There is no extra fee for mailed or emailed registrations.

The forms and fees can be found on the department’s website, www.hastingspolice.org, under Licensing and Permits.