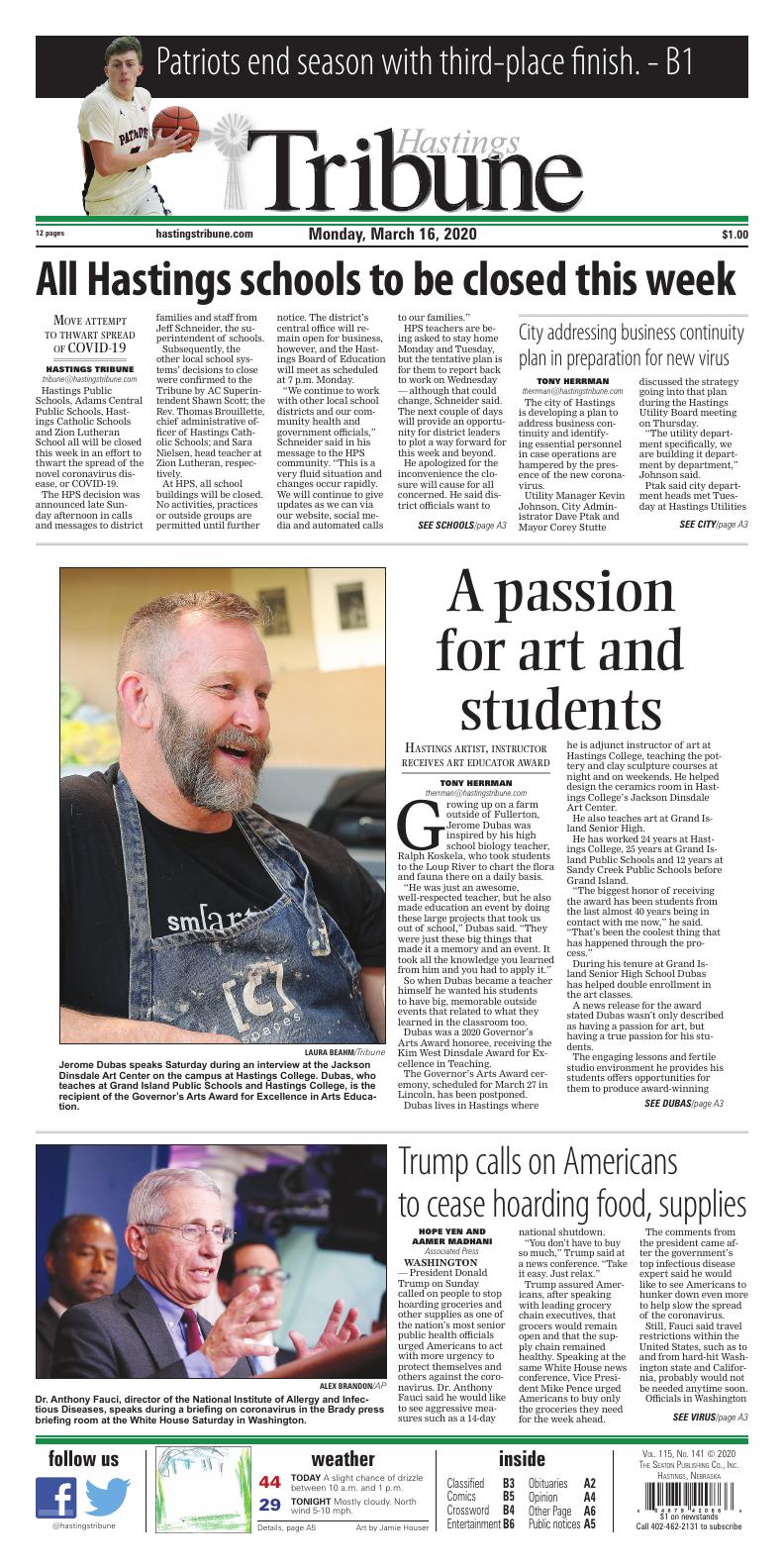 Hastings Public Schools, Adams Central Public Schools, Hastings Catholic Schools and Zion Lutheran School all will be closed this week in an effort to thwart the spread of the novel coronavirus disease, or COVID-19.

The HPS decision was announced Sunday in calls and messages to HPS families and staff from Jeff Schneider, the superintendent of schools.

AC Superintendent Shawn Scott and the Rev. Thomas Brouillette, chief administrative officer of Hastings Catholic Schools, confirmed to the Tribune that their school systems, too, would be closed for the week.

The HPS announcement was as follows:

"In response to the COVID-19 outbreak, Hastings Public Schools will be closed the week of March 16-20. All buildings will be closed. No activities, practices, or outside groups are permitted until further notice.

"We continue to work with other local school districts and our community health and government officials. This is a very fluid situation and changes occur rapidly. We will continue to give updates as we can via our website, social media, and automated calls to our families."

Schneider apologized for the inconvenience the closure will cause for all concerned.

On Friday, HPS, Adams Central and Hastings Catholic Schools all had announced that their schools would remain open this week, but that the situation would be continuously monitored in consultation with state and local officials.

The city of Hastings is developing a plan to address business continuity and identifying essential personnel in case operations are hampered by the presence of the new coronavirus.

“We need to identify who is absolutely necessary as far as to do what it is that we do so we can plan accordingly,” he said. “It would be good to have in place regardless of whether it was the coronavirus or some natural disaster like a tornado or whatever else. We just need to have that in place as far as being able to deal with that.”

Those worksheets were due at the end of the day Friday.

“We’ll analyze those, put them together and come up with an overall plan at that point in time,” Ptak said. “It has many authors, and that’s the best way to do it because not everybody understands what everybody does.”

Stutte promoted the South Heartland District Health Department, which has a lot of information on its website.

“I’d encourage business partners, customers of Hastings Utilities to go out to their website if they are interested in business continuity planning,” he said. “There are a lot of resources that are available.”

He said the community assembled a great group of local stakeholders.

“They’ve done a good job internally of being able to look at the situation and figure out what this looks like and really figuring out what the high-priority departments are,” he said.

Ptak sent an email Wednesday to all city staff with a letter from James Robb, a high school classmate of Ptak who is a Fellow of the College of American Pathologists. Robb was one of the first molecular virologists in the world to work on coronaviruses in the 1970s, and has contacts in the medical community as a result of his position.

“This is his take on what we should be thinking about and how to look at it,” he said.

The email focused on good hygiene.

“I also appreciate the fact that you are reacting to this,” he said. “I don’t think it’s really an overreaction on things like that.”

Johnson said the city — including Kevin Schawang, the city’s director of information technology — still is working on a plan to allow self-quarantined employees to work from home if needed, depending on the employee’s duties.

“We’re going to treat this just like we would have a snow day and someone couldn’t come to work,” Ptak said. “In order to get paid they have to take leave. So that’s the way we are approaching it now.”

If employees have leave they need to use it.

“I hope that doesn’t sound harsh, but that’s exactly the way we handle things,” Ptak said. “That may change based upon a lot of the changes mandated by someone well above my pay grade.”

Jerome Dubas speaks Saturday during an interview at the Jackson Dinsdale Art Center on the campus at Hastings College. Dubas, who teaches at Grand Island Public Schools and Hastings College, is the recipient of the Governor’s Arts Award for Excellence in Arts Education.

Growing up on a farm outside of Fullerton, Jerome Dubas was inspired by his high school biology teacher, Ralph Koskela, who took students to the Loup River to chart the flora and fauna there on a daily basis.

“He was just an awesome, well-respected teacher, but he also made education an event by doing these large projects that took us out of school,” Dubas said. “They were just these big things that made it a memory and an event. It took all the knowledge you learned from him and you had to apply it.” 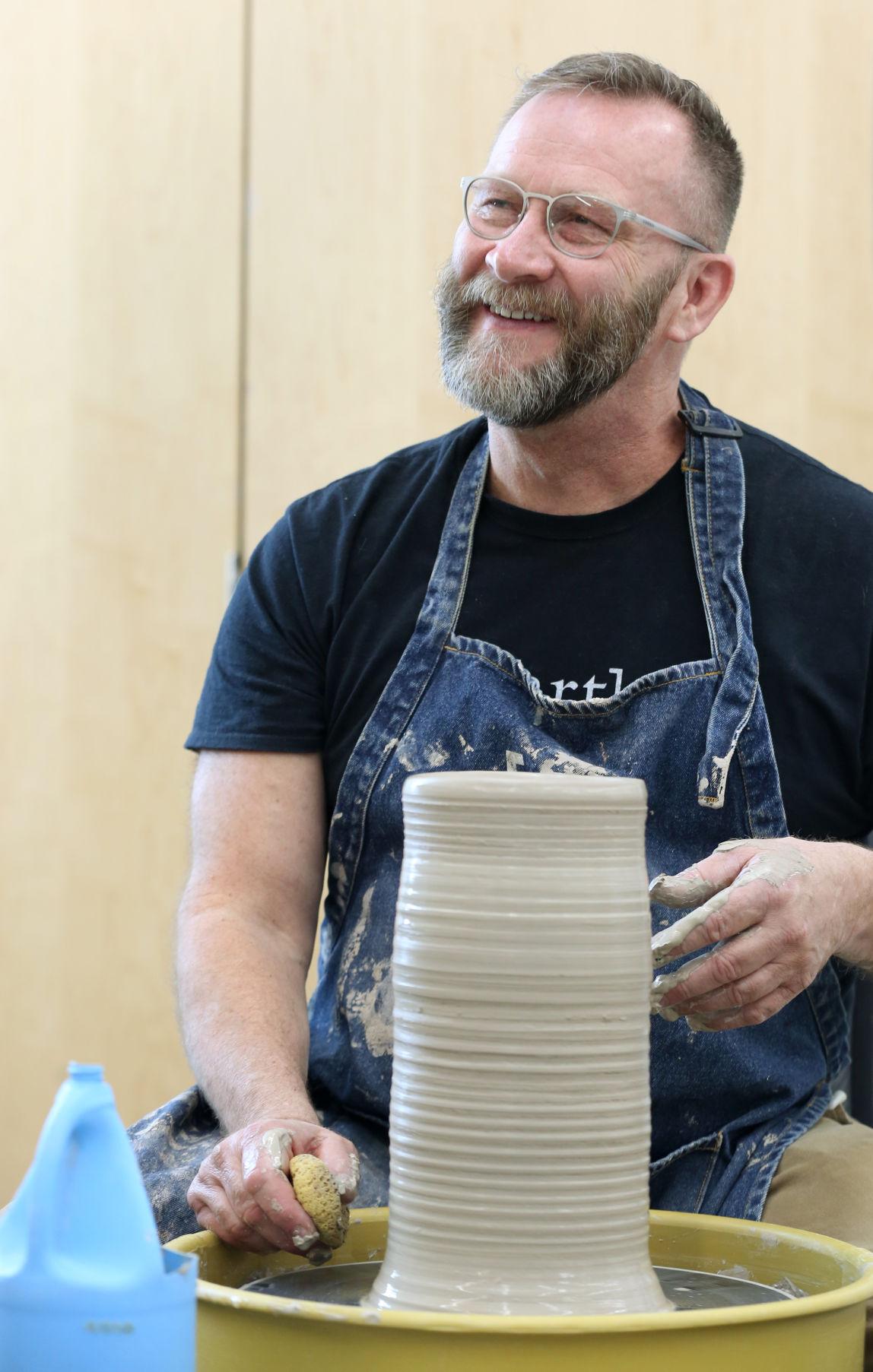 So when Dubas became a teacher himself he wanted his students to have big, memorable outside events that related to what they learned in the classroom too.

The Governor’s Arts Award ceremony, scheduled for March 27 in Lincoln, has been postponed.

Dubas lives in Hastings where he is adjunct instructor of art at Hastings College, teaching the pottery and clay sculpture courses at night and on weekends. He helped design the ceramics room in Hastings College’s Jackson Dinsdale Art Center. 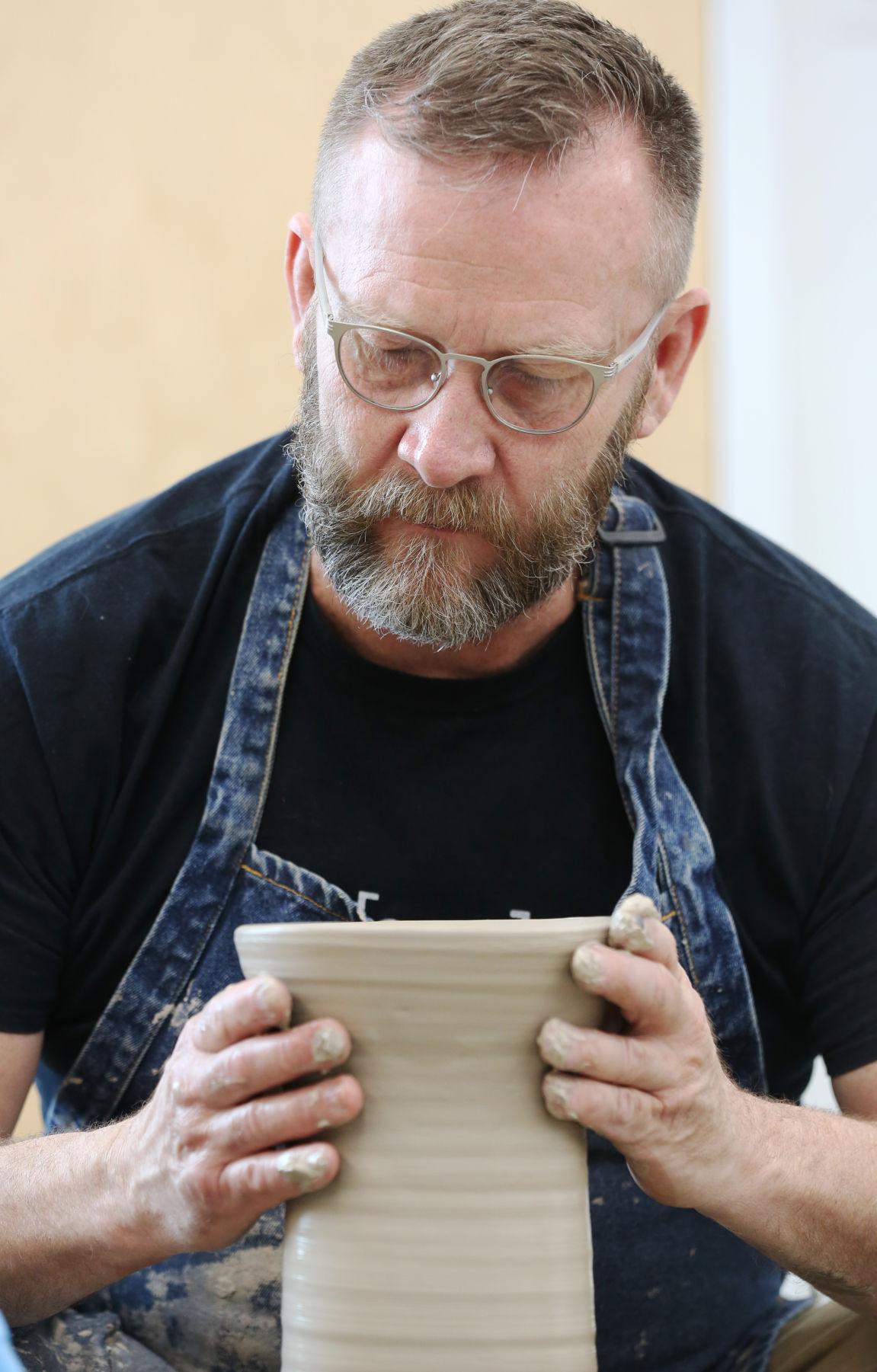 Instructor Jerome Dubas throws a cylinder Saturday at the Jackson Dinsdale Art Center in Hastings. Dubas is the recipient of the Governor’s Arts Award for Excellence in Arts Education.

“The biggest honor of receiving the award has been students from the last almost 40 years being in contact with me now,” he said. “That’s been the coolest thing that has happened through the process.”

During his tenure at Grand Island Senior High School Dubas has helped double enrollment in the art classes.

A news release for the award stated Dubas wasn’t only described as having a passion for art, but having a true passion for his students.

The engaging lessons and fertile studio environment he provides his students offers opportunities for them to produce award-winning art. Their work has been well represented in state and national art shows and competitions.

Dubas takes his students to art galleries and museums in Nebraska as well as national conferences to further their knowledge and appreciation for the arts.

Big projects for his classes included an art clinic at Sandy Creek and a student-produced public art installation in Grand Island.

The latest project is UNDRground Contemporary Arts, in which Dubas’ high school students renovated and maintain a professional gallery in downtown Grand Island.

In turn, innovative and experimental visual art is accessible to the community of Grand Island. Art students from Grand Island Senior High are directly involved in every aspect of the operation of the gallery.

The gallery has drawn artists from as far away as Omaha; Wichita, Kansas; and Colorado.

It was a passion for art and advocating for art on behalf of students that led Dubas to become a become a teacher.

“Through the mission of those common factors you tend to develop some pretty tight relationships,” he said. “If art teachers don’t make it important in the community who will?” 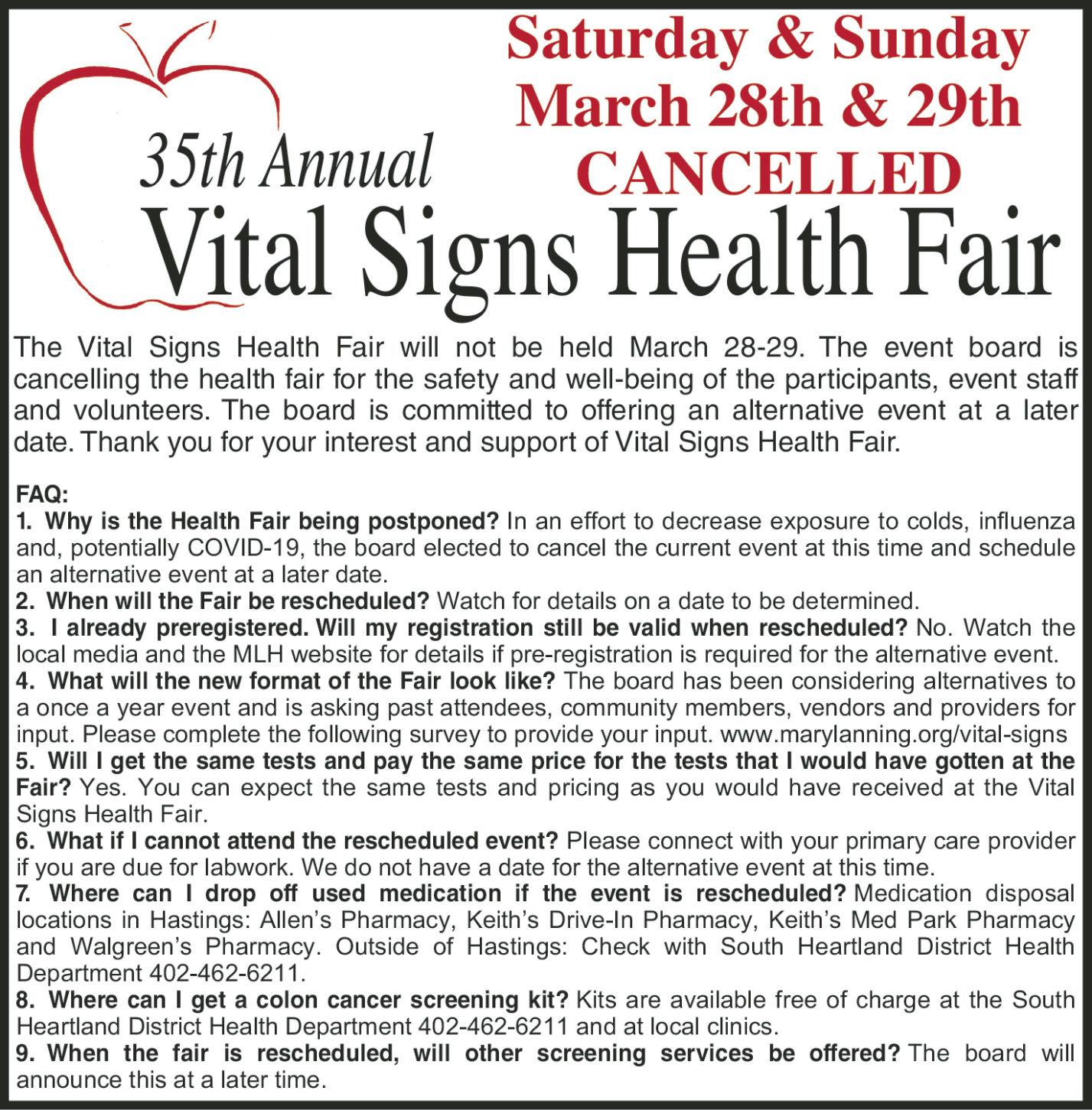 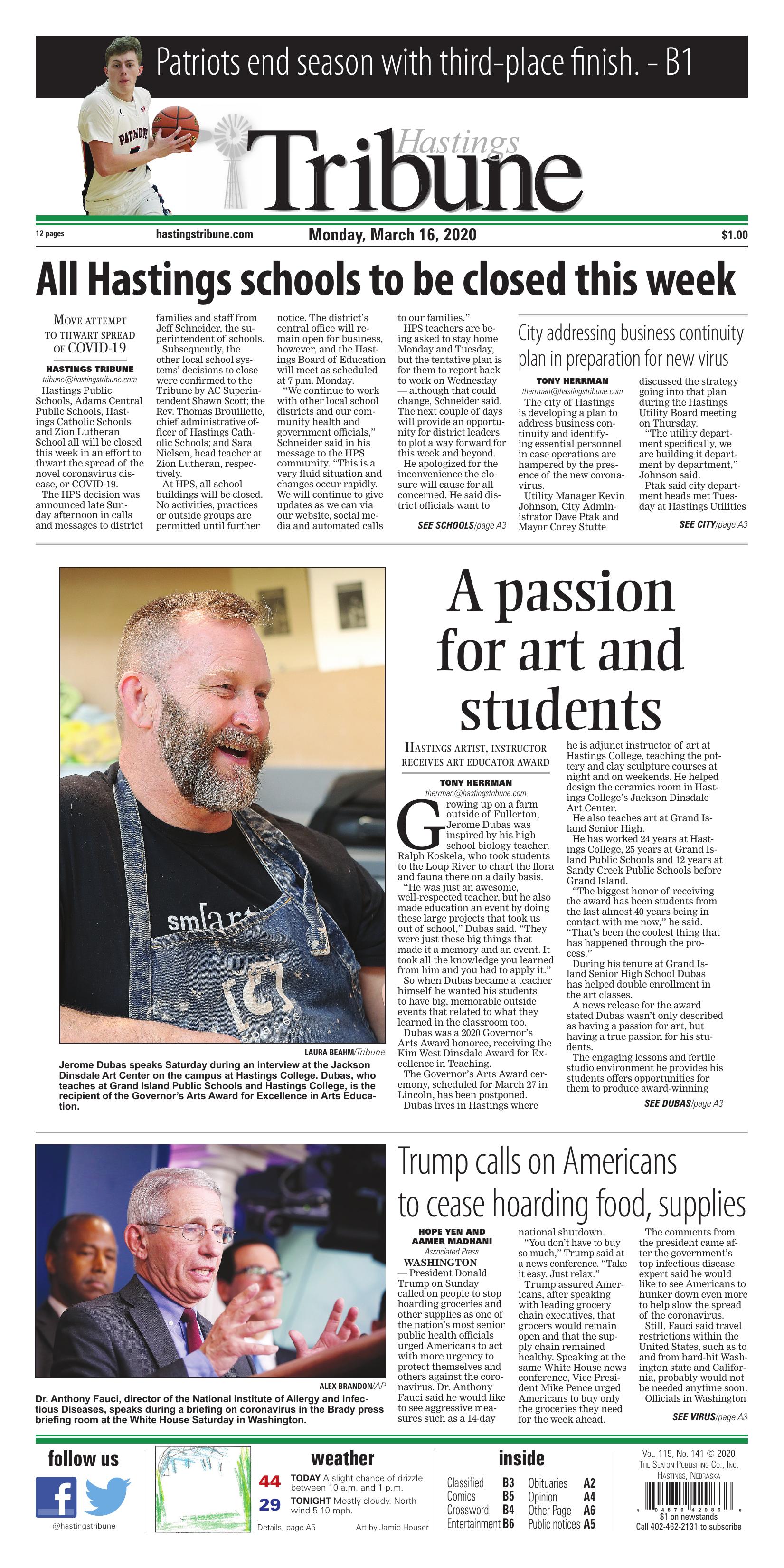