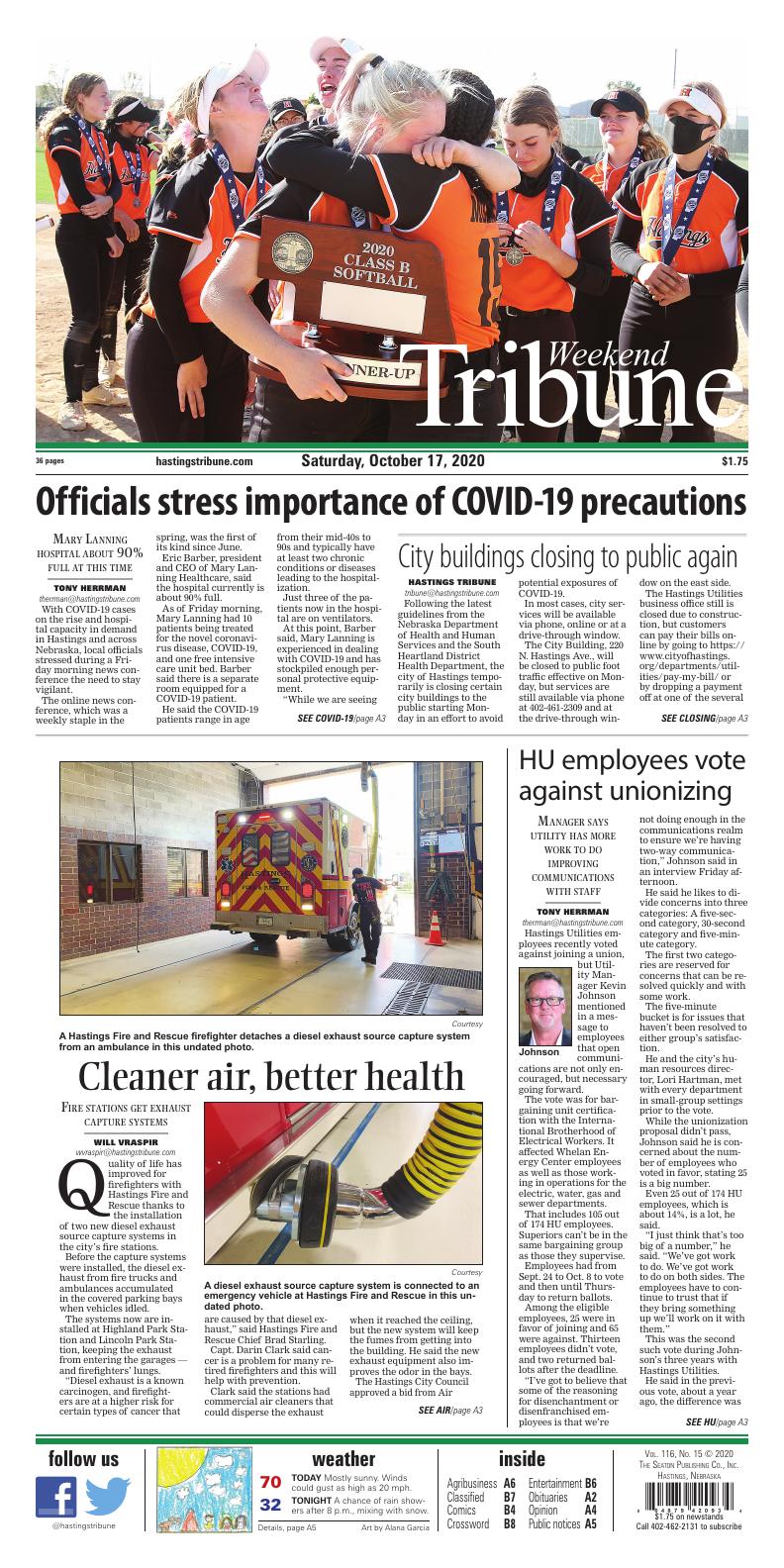 With COVID-19 cases on the rise and hospital capacity in demand in Hastings and across Nebraska, local officials stressed during a Friday morning news conference the need to stay vigilant.

The online news conference, which was a weekly staple in the spring, was the first of its kind since June.

Eric Barber, president and CEO of Mary Lanning Healthcare, said the hospital currently is about 90% full.

As of Friday morning, Mary Lanning had 10 patients being treated for the novel coronavirus disease, COVID-19, and one free intensive care unit bed. Barber said there is a separate room equipped for a COVID-19 patient.

He said the COVID-19 patients range in age from their mid-40s to 90s and typically have at least two chronic conditions or diseases leading to the hospitalization.

Just three of the patients now in the hospital are on ventilators.

At this point, Barber said, Mary Lanning is experienced in dealing with COVID-19 and has stockpiled enough personal protective equipment.

“While we are seeing an uptick and we’re seeing an increase in the number of patients here in the hospital, we’re doing everything we can to remain calm and understand we’ve been through this before and we’re educated and prepared for this,” he said.

“As those restrictions were fewer, people started having more contact with each other and some stopped following prevention measures,” she said.

The city of Hastings announced Friday afternoon that following the latest guidelines from the Nebraska Department of Health and Human Services and the district health department, the city is temporarily closing certain city buildings to the public starting Monday in an effort to avoid potential exposures of COVID-19.

In most cases, city services will be available via telephone, online or at a drive-through window.

The number of virus cases began to increase with more activities occurring, formal and informal.

The district’s goal is to reach positivity in the low single digits, 5% or lower.

Each week for the last nine weeks, the number of cases has increased.

“We know how we got there,” Bever said. “We can control this. It’s up to each of us to slow the spread. I encourage you to join with other people in your community and in our district because we can make this happen. We can get back down there and keep our community safe.”

She encouraged continuing prevention methods such as social distancing and mask wearing.

Jeff Schneider, superintendent of Hastings Public Schools, said the district has had 21 confirmed cases, 17 of which have been adults and four in students. However, two-thirds of those cases occurred in October.

“We are just like the rest of our community, seeing more cases of it,” he said.

HPS hasn’t seen spread within the schools. For instance, the district hasn’t had a teacher test positive and then some of those teacher’s students test positive.

“We have had a tremendous support from our students and our parents for wearing masks,” he said. “Our students have been awesome.”

“I anticipate he’ll be back fully fulfilling his role as mayor shortly, within days, and I know he’s anxious to do so,” Hamelink said. “He has not taken any time away, frankly, in the last four years. I’m glad he’s able to have time with his family. I wish it had been under better circumstances than having to deal with COVID.” 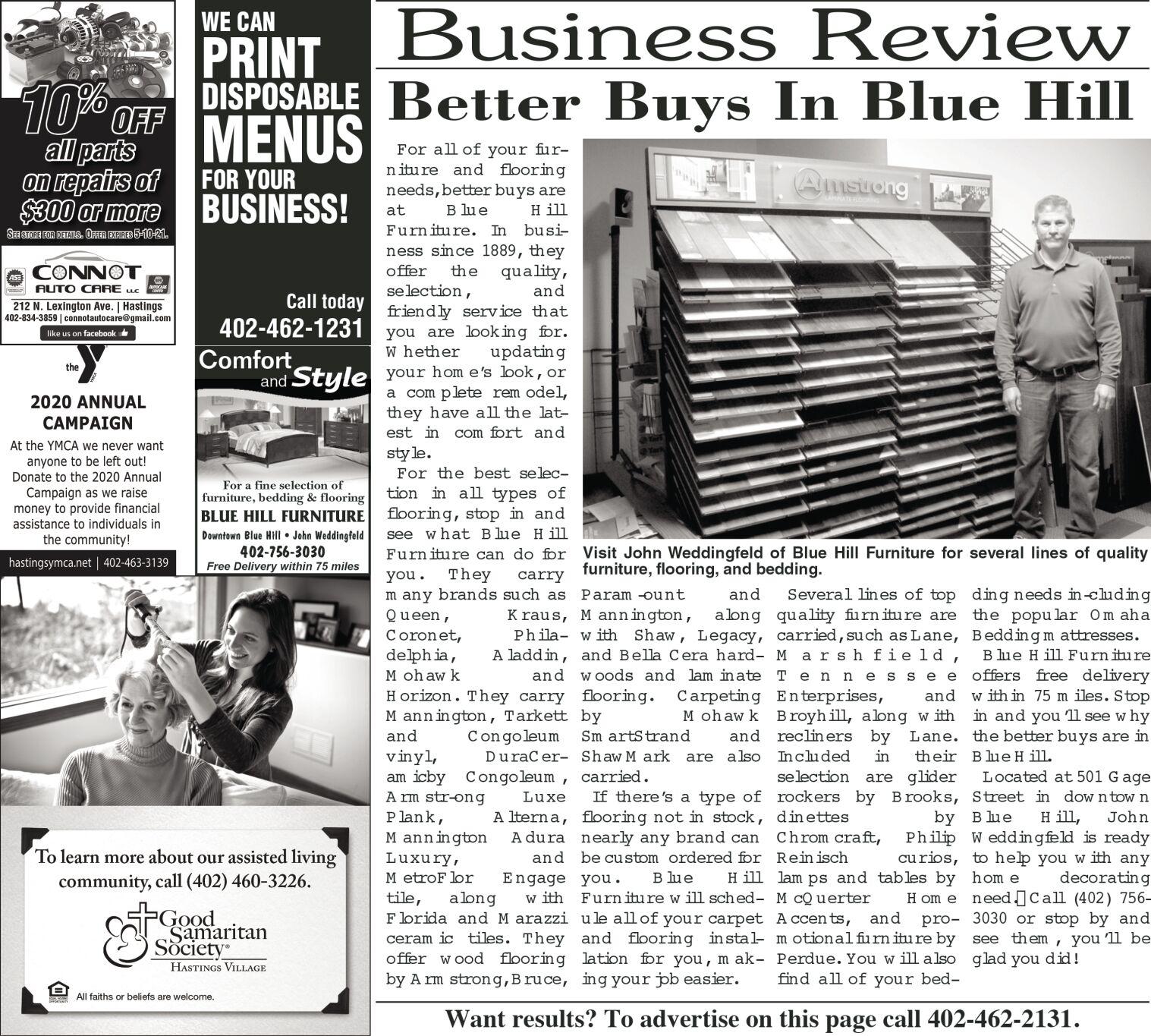 A Hastings Fire and Rescue firefighter detaches a diesel exhaust source capture system from an ambulance in this undated photo.

Quality of life has improved for firefighters with Hastings Fire and Rescue thanks to the installation of two new diesel exhaust source capture systems in the city’s fire stations.

Before the capture systems were installed, the diesel exhaust from fire trucks and ambulances accumulated in the covered parking bays when vehicles idled.

The systems now are installed at Highland Park Station and Lincoln Park Station, keeping the exhaust from entering the garages — and firefighters’ lungs.

“Diesel exhaust is a known carcinogen, and firefighters are at a higher risk for certain types of cancer that are caused by that diesel exhaust,” said Hastings Fire and Rescue Chief Brad Starling.

Capt. Darin Clark said cancer is a problem for many retired firefighters and this will help with prevention. 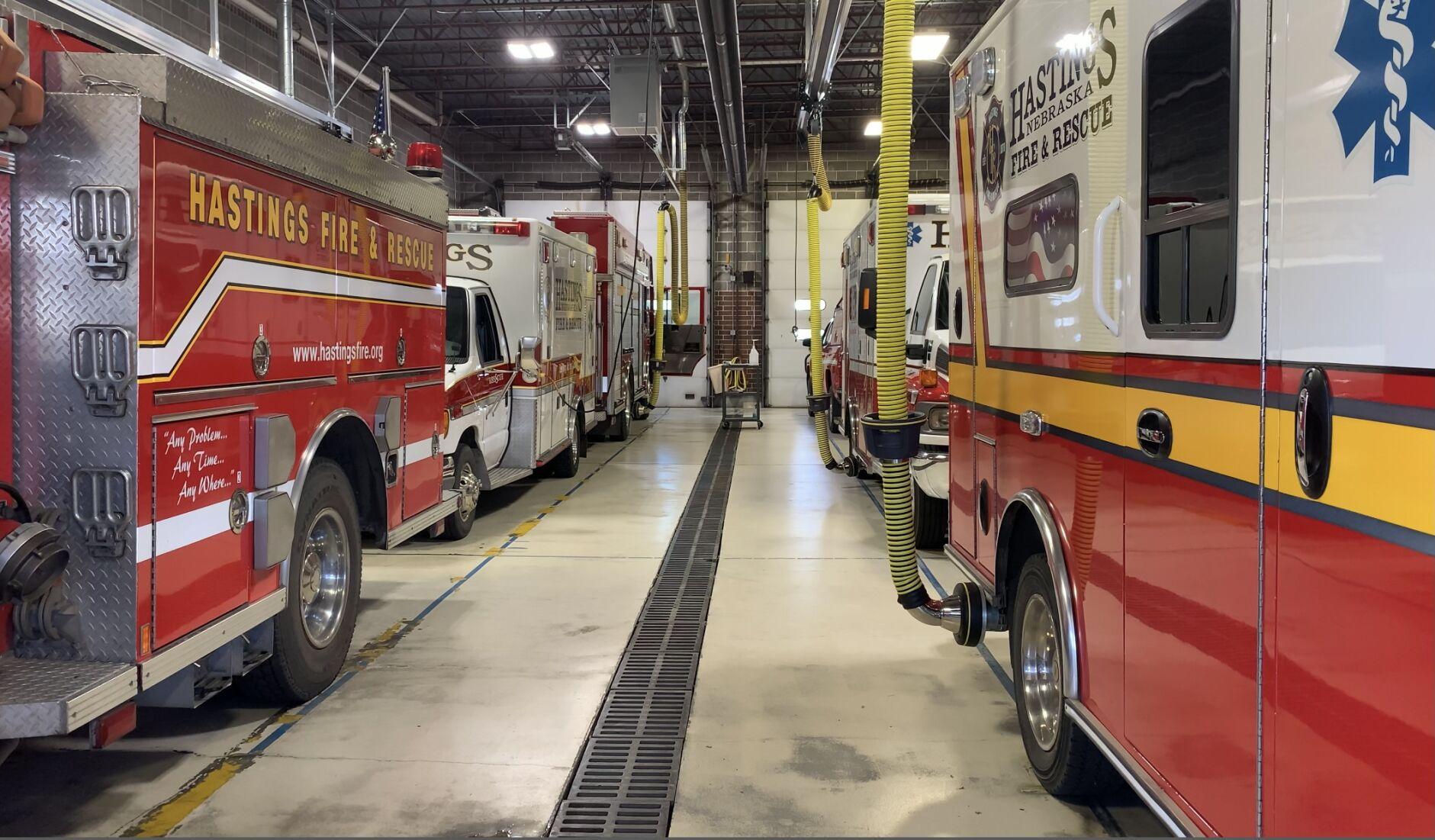 A diesel exhaust source capture system is connected to emergency vehicles at the Hastings Fire and Rescue in this undated photo.

Clark said the stations had commercial air cleaners that could disperse the exhaust when it reached the ceiling, but the new system will keep the fumes from getting into the building. He said the new exhaust equipment also improves the odor in the bays.

The Hastings City Council approved a bid from Air Cleaning Technologies of Bonner Springs, Kansas, on July 13 for a diesel source capture exhaust removal system for Hastings Fire and Rescue for the two stations. Between the two stations, the total was $125,660.

“I think it shows they are definitely interested in the wellness of their employees,” Clark said of the City Council. 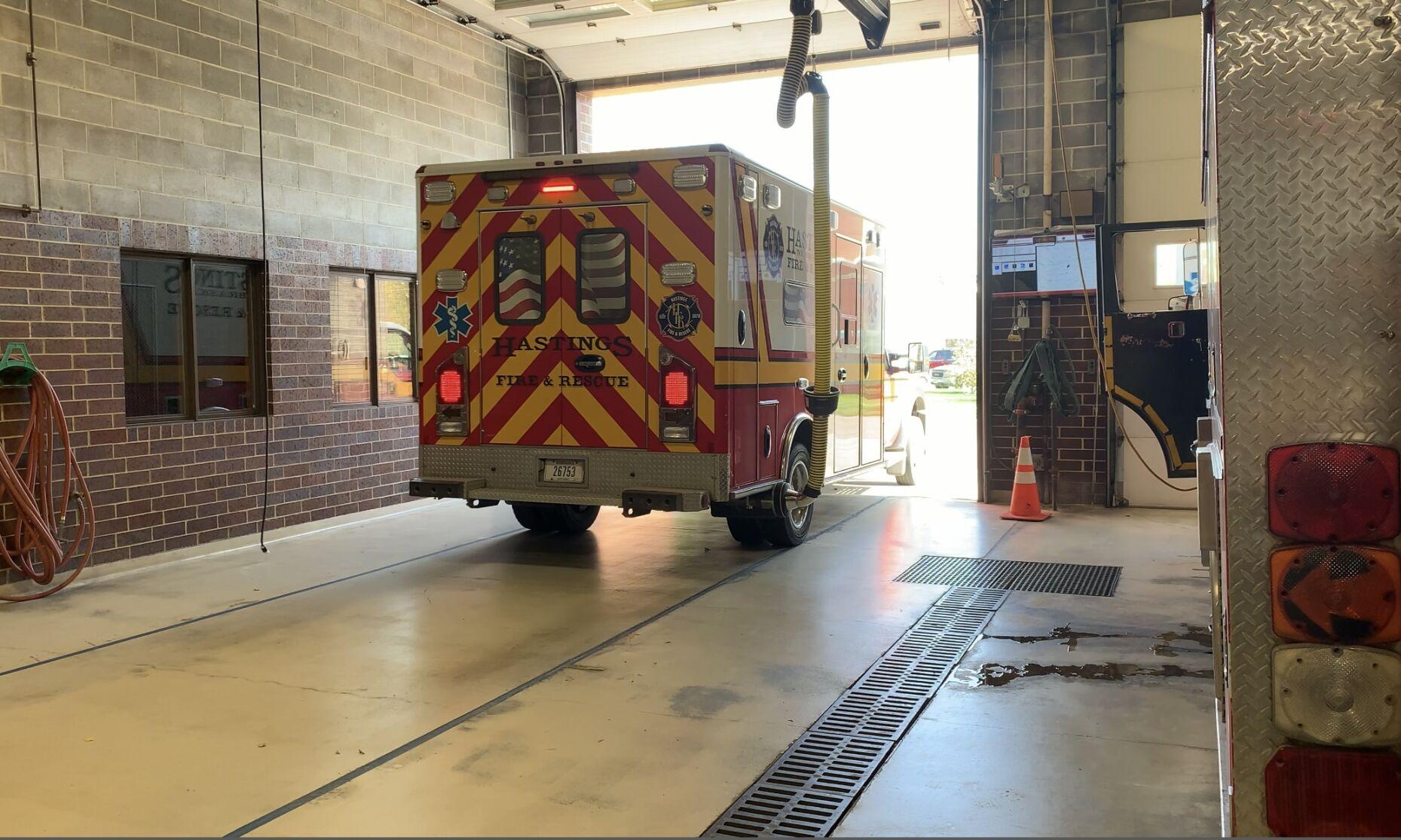 A diesel exhaust source capture system is connected to an ambulance at Hastings Fire and Rescue in this undated photo.

The capture devices attach directly onto the trucks’ exhaust pipes, and a system of pipes and fans pulls the diesel exhaust out of the building.

Because the capture system uses magnets to attach to the trucks, the device will release itself from the truck once a firefighter drives out of a garage and into the open air. 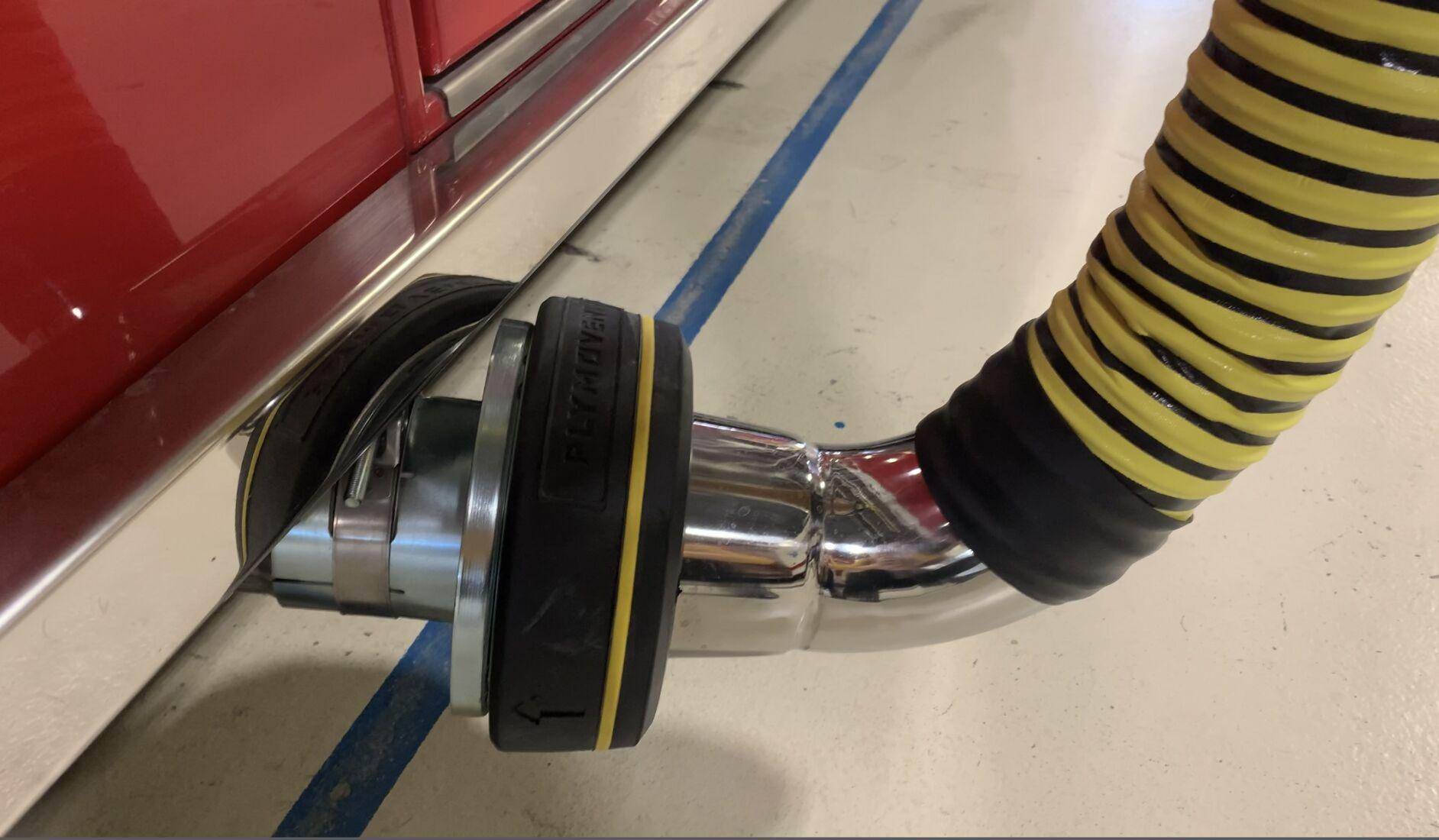 A diesel exhaust source capture system is connected to an emergency vehicle at Hastings Fire and Rescue in this undated photo.

Upon return to the fire station, a firefighter can quickly reattach the capture system to a truck as the driver is entering the garage.

“It’s really all about the safety of our firefighters,” Starling said. “This wouldn’t have been possible if it wasn’t for the support we received from the City Council.”

Following the latest guidelines from the Nebraska Department of Health and Human Services and the South Heartland District Health Department, the city of Hastings temporarily is closing certain city buildings to the public starting Monday in an effort to avoid potential exposures of COVID-19.

In most cases, city services will be available via phone, online or at a drive-through window.

The City Building, 220 N. Hastings Ave., will be closed to public foot traffic effective on Monday, but services are still available via phone at 402-461-2309 and at the drive-through window on the east side.

The Hastings Utilities business office still is closed due to construction, but customers can pay their bills online by going to https://www.cityofhastings.org/departments/utilities/pay-my-bill/ or by dropping a payment off at one of the several drop boxes across the city. Utilities customers also can use the drive-through at the City Building for cash payments requiring a receipt from 8:30 a.m. to 4:30 p.m. Monday through Friday.

The Hastings Public Library will be closed effective Monday until further notice. Due dates will be extended for items that are checked out, and free books will be available to pick up from newspaper bins located in the alley.

Lockers, also in the alley, still are available for contactless book reservation pick-up.

All programs and early literacy story times will continue to remain online through the end of the year on the library’s Facebook Page.

The digital library still is available to access digital media such as ebooks, audiobooks and the information directory at http://hastings

The Hastings Museum also will close on Monday until further notice, as the city works to encourage social distancing under guidelines from health officials. Digital activities are available at https://hastingsmuseum.org/.

The Hastings Parks and Recreation Community Center also will close to the public on Monday until further notice. Bookings with the City Auditorium will follow the latest directed health measures issued by the Nebraska Department of Health and Human Services.

The lobbies for Hastings Fire and Rescue will be closed starting on Monday, but emergency services will be available. Non-emergency business can be conducted via phone at 402-461-2350. Online applications for burn permits can be found under the Prevention, Safety & Education tab at https://www.cityofhastings.org/fire/.

The Hastings Police Department lobby remains open because it allows for proper separation, and masks are required. 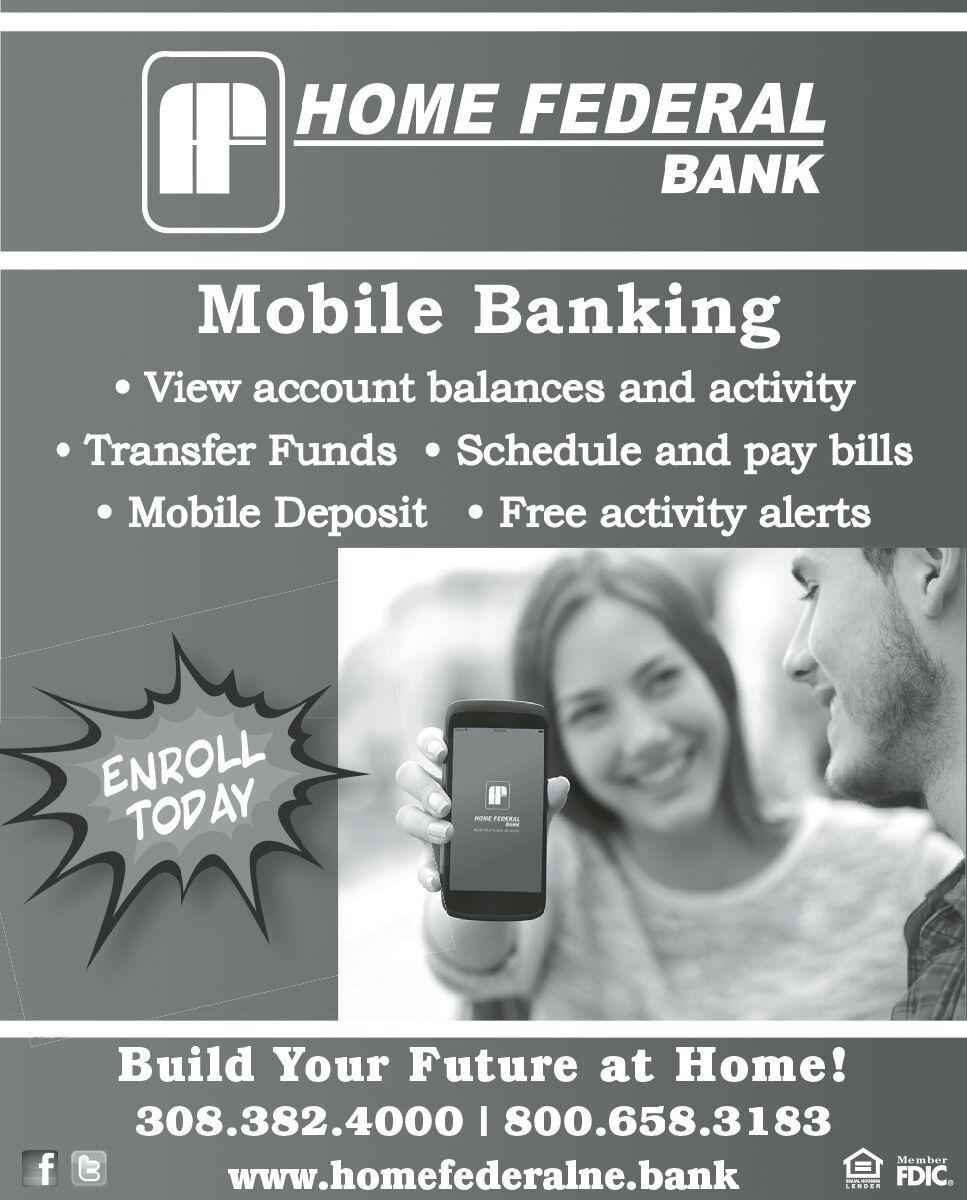 Hastings Utilities employees recently voted against joining a union, but Utility Manager Kevin Johnson mentioned in a message to employees that open communications are not only encouraged, but necessary going forward.

The vote was for bargaining unit certification with the International Brotherhood of Electrical Workers. It affected Whelan Energy Center employees as well as those working in operations for the electric, water, gas and sewer departments.

That includes 105 out of 174 HU employees. Superiors can’t be in the same bargaining group as those they supervise.

Employees had from Sept. 24 to Oct. 8 to vote and then until Thursday to return ballots.

Among the eligible employees, 25 were in favor of joining and 65 were against. Thirteen employees didn’t vote, and two returned ballots after the deadline.

“I’ve got to believe that some of the reasoning for disenchantment or disenfranchised employees is that we’re not doing enough in the communications realm to ensure we’re having two-way communication,” Johnson said in an interview Friday afternoon.

The first two categories are reserved for concerns that can be resolved quickly and with some work.

The five-minute bucket is for issues that haven’t been resolved to either group’s satisfaction.

He and the city’s human resources director, Lori Hartman, met with every department in small-group settings prior to the vote.

While the unionization proposal didn’t pass, Johnson said he is concerned about the number of employees who voted in favor, stating 25 is a big number.

This was the second such vote during Johnson’s three years with Hastings Utilities.

He said in the previous vote, about a year ago, the difference was nearly 17 votes with roughly the same number of employees.

Johnson and other senior management members engaged in regular meetings with all employees — a practice that has been challenged by the novel coronavirus disease, COVID-19, pandemic.

All the other utility companies he has worked for before Hastings Utilities also had communication challenges, he said.

While utility management is constantly re-evaluating staffing, the best time to do that is when there is an opening, Johnson said.

Another issue Johnson said he believed was pertinent to the vote is comparability.

Public utilities work under the comparability statute for wages and benefits.

If employees approved union membership, attorneys and the Court of Industrial Relations would negotiate salaries and benefits based on comparability levels.

He said the city of Hastings has worked to exceed comparability.

For instance, he highlighted holidays.

Comparability is around 10 holidays. City employees, including those with the utility department, now have 12 ½ holidays.

“That’s just an example of the City Council authorizing us to go a little above and beyond comparability,” Johnson said. “Basically, they can authorize that if we can justify that we can afford it.” 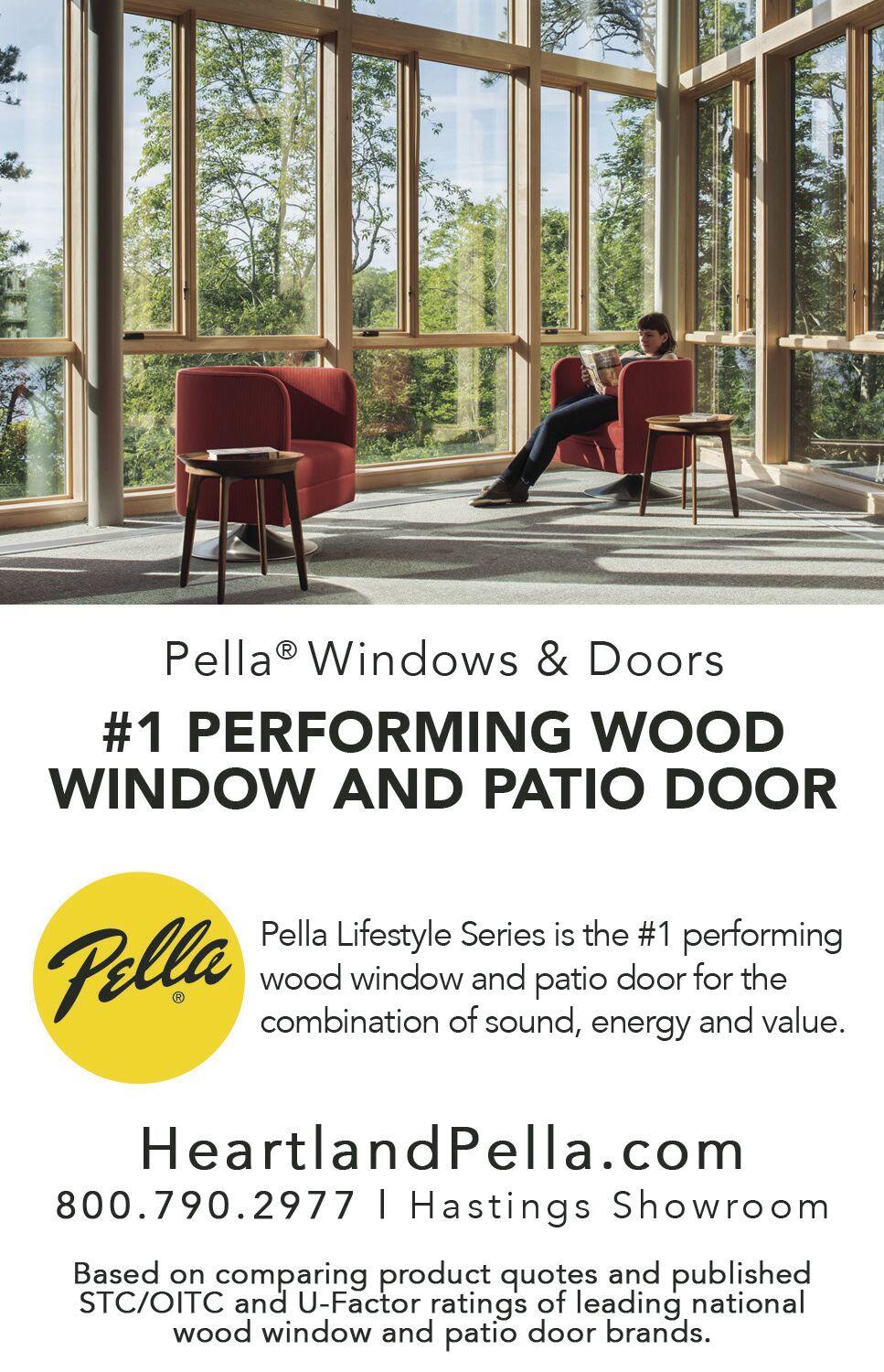 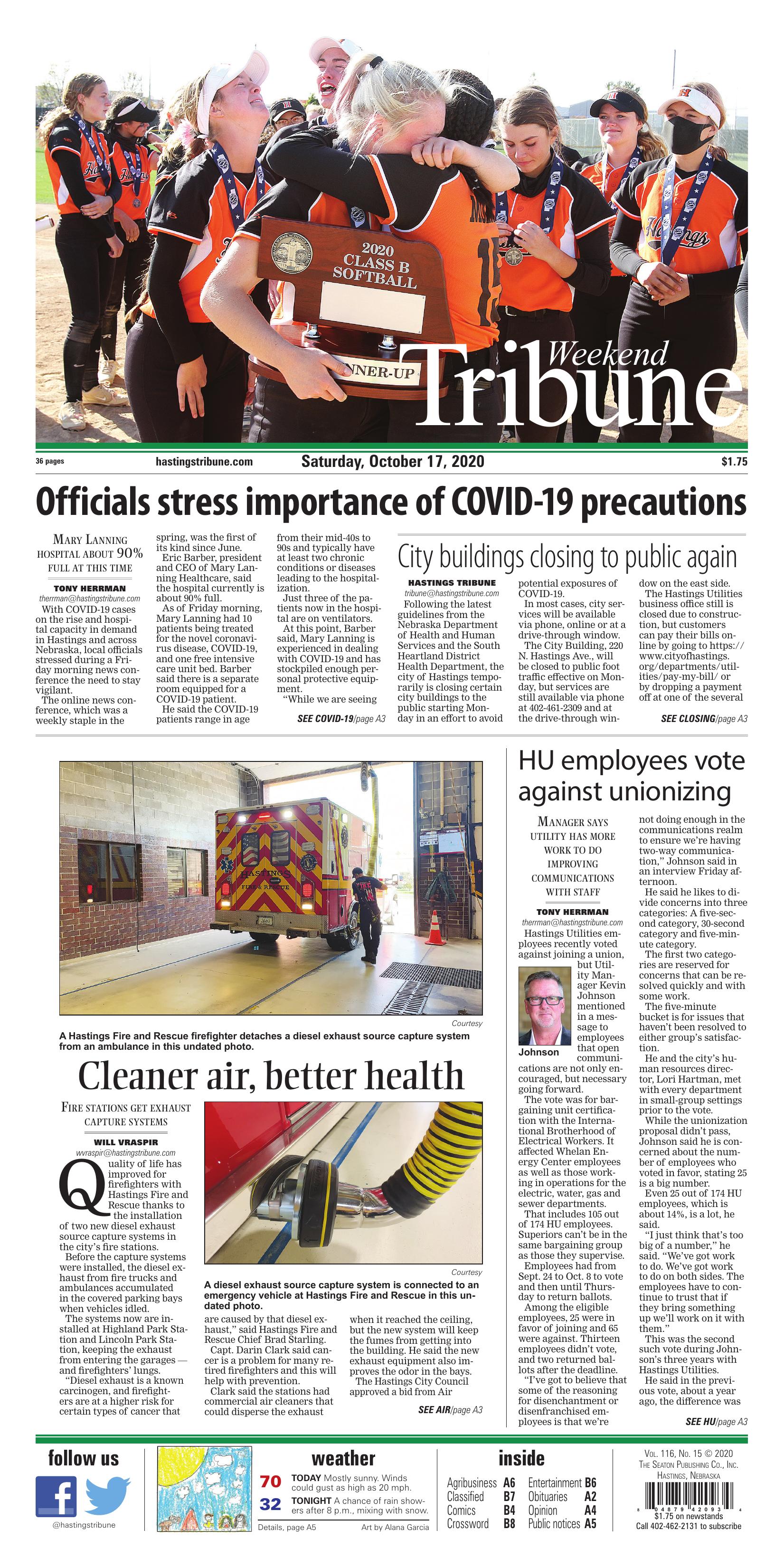