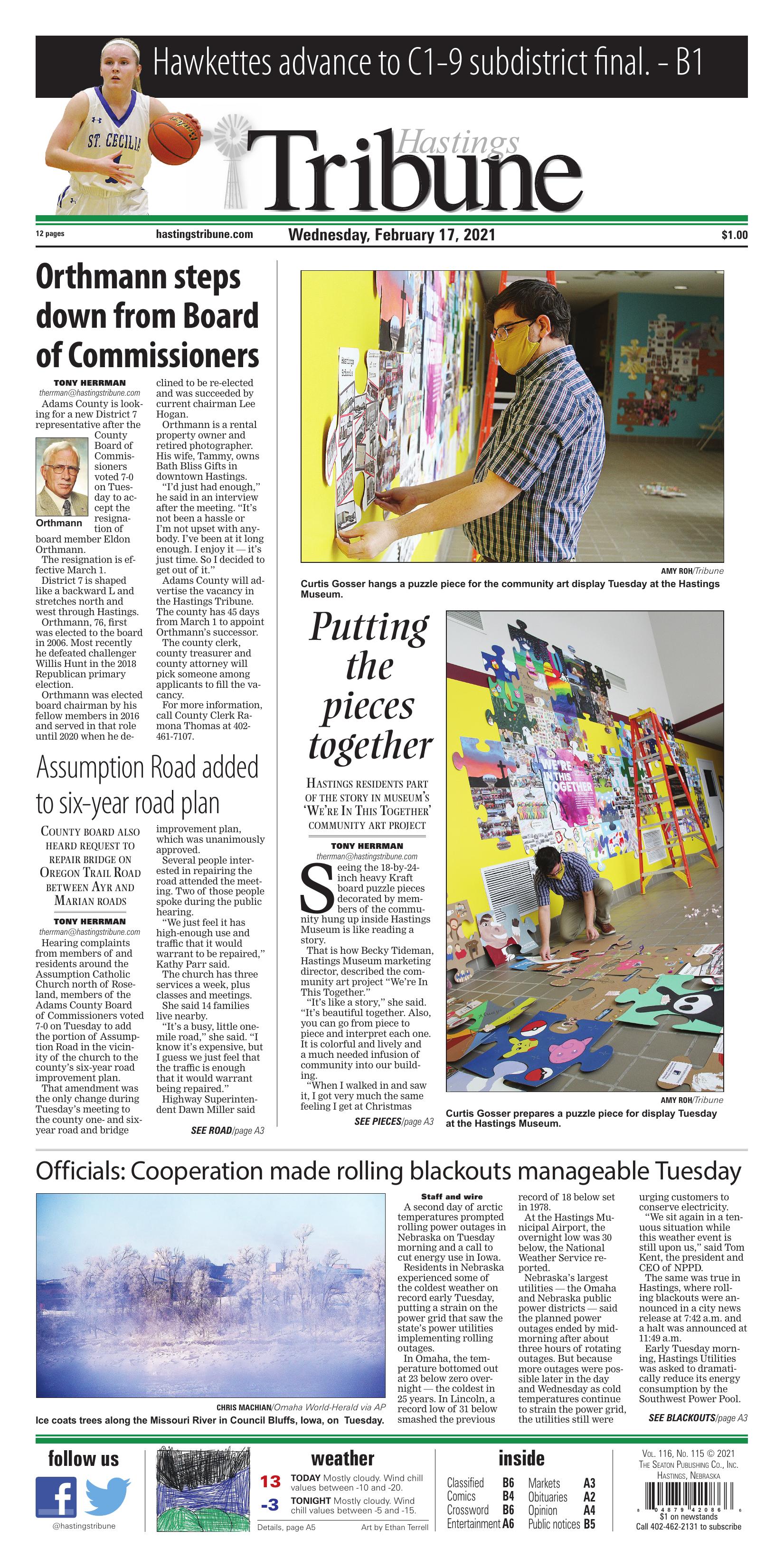 Putting together the puzzle
Amy Roh/Tribune

Curtis Gosser hangs a puzzle piece for the community art display Tuesday at the Hastings Museum.

Seeing the 18-by-24-inch heavy Kraft board puzzle pieces decorated by members of the community hung up inside Hastings Museum is like reading a story.

That is how Becky Tideman, Hastings Museum marketing director, described the community art project “We’re In This Together.”

“It’s like a story,” she said. “It’s beautiful together. Also, you can go from piece to piece and interpret each one. It is colorful and lively and a much needed infusion of community into our building.

“When I walked in and saw it, I got very much the same feeling I get at Christmas when the Christmas trees from all the different community organizations go up here. I just kind of got a neat little ‘Aww, everybody’s here with us.’ It’s good to see so many different people and organizations represented here in their community museum.”

The Hastings Museum has been selling the blank puzzle pieces — $5 each or three for $10 — for a few months. The museum is partnering with the Hastings Community Arts Council, which helped bring down the cost of the project.

Individuals, families, organizations and businesses can purchase large puzzle pieces to decorate and be part of an exhibit at the museum.

So far, 274 puzzle pieces have been sold and 185 have been returned.

Curtis Gosser, Hastings Museum curator of exhibits, on Tuesday started putting up the puzzle pieces along walls in the museum’s public spaces. 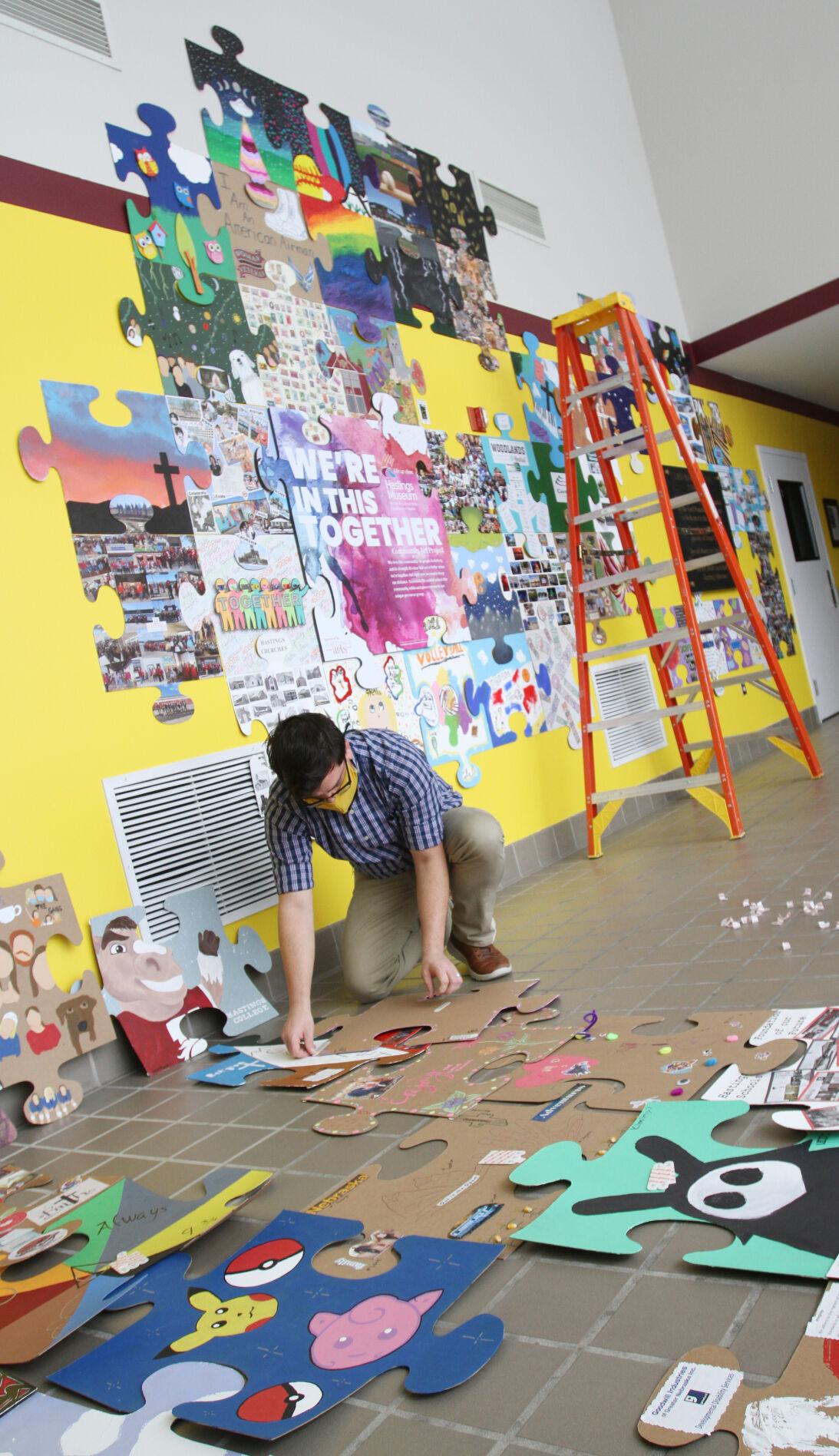 Curtis Gosser prepares a puzzle piece for display Tuesday at the Hastings Museum.

Those pieces cover about 715 square feet. Tideman said the theater queuing area and the second-floor lobby outside of museum staff hallway of offices will be full.

More space will be allotted as needed.

“Our main lobby, store spaces and stairwells are all for grabs as the project grows,” Tideman said.

“We’re In This Together” is intended to be as inclusive as possible.

The pieces still can be purchased at www.hastingsmuseum.org or by calling the museum at 402-461-2399.

Pieces will be available for purchase until June 30. All pieces must be returned to the museum by July 30.

The exhibit will grow and remain on exhibit throughout 2021.

“We are really open to letting it grow,” Tideman said. “In fact, we can see as it goes up that some people are going to be inspired by the sight of it and want to participate. We’re going to do our best to keep allowing that.” 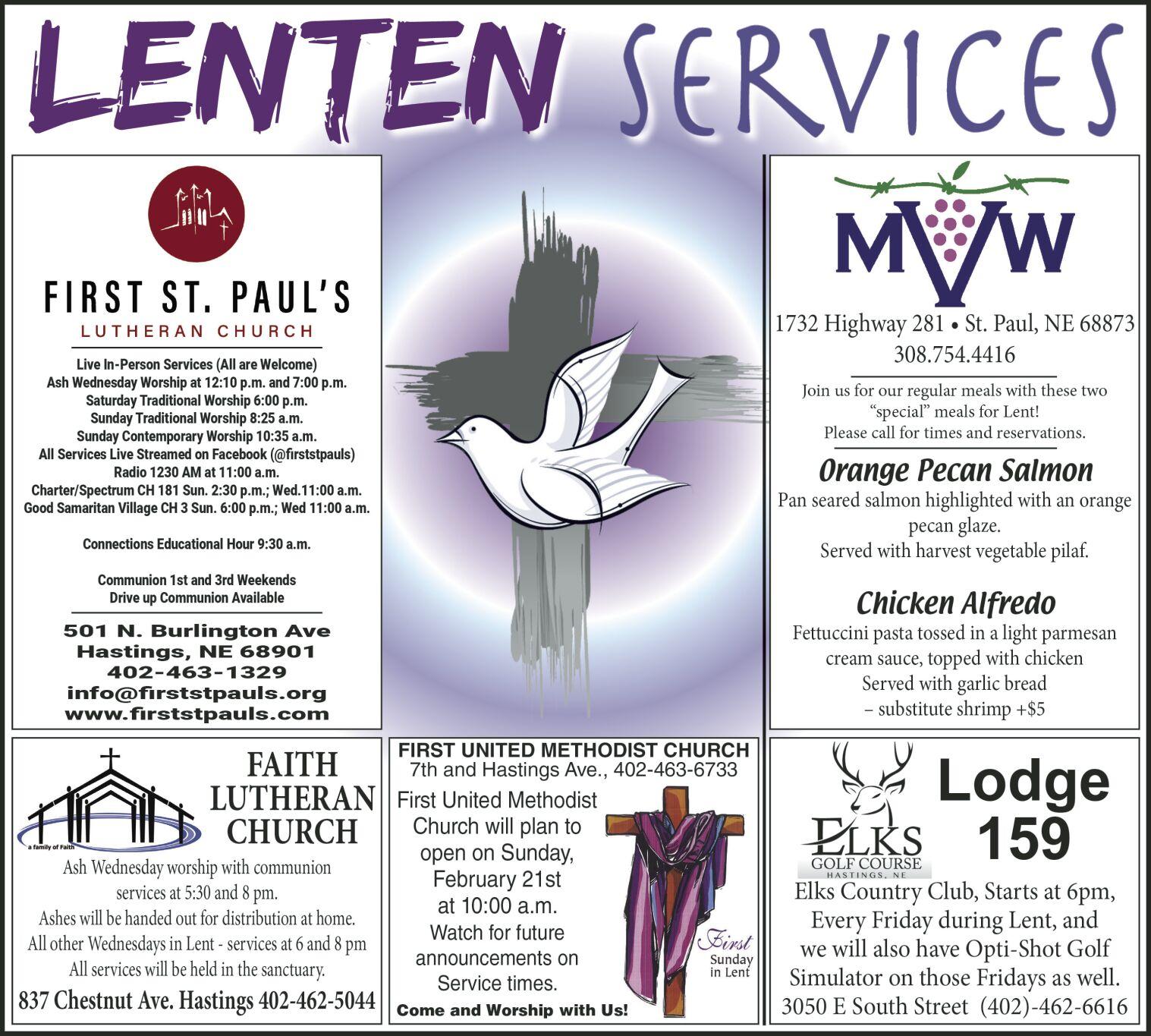 A second day of arctic temperatures prompted rolling power outages in Nebraska on Tuesday morning and a call to cut energy use in Iowa.

Residents in Nebraska experienced some of the coldest weather on record early Tuesday, putting a strain on the power grid that saw the state’s power utilities implementing rolling outages.

In Omaha, the temperature bottomed out at 23 below zero overnight — the coldest in 25 years. In Lincoln, a record low of 31 below smashed the previous record of 18 below set in 1978.

At the Hastings Municipal Airport, the overnight low was 30 below, the National Weather Service reported.

Nebraska’s largest utilities — the Omaha and Nebraska public power districts — said the planned power outages ended by midmorning after about three hours of rotating outages. But because more outages were possible later in the day and Wednesday as cold temperatures continue to strain the power grid, the utilities still were urging customers to conserve electricity.

“We sit again in a tenuous situation while this weather event is still upon us,” said Tom Kent, the president and CEO of NPPD.

The same was true in Hastings, where rolling blackouts were announced in a city news release at 7:42 a.m. and a halt was announced at 11:49 a.m.

Early Tuesday morning, Hastings Utilities was asked to dramatically reduce its energy consumption by the Southwest Power Pool. Some outages in the city ensued, and residents were urged to continue reducing consumption even after the blackouts ceased.

The city also thanked “the countless other businesses that slowed or halted their operations voluntarily, which relieved pressure and allowed the department to keep more residential homes powered on.”

Clay County Emergency Management had been in touch with local long-term care facilities on Monday to be sure their generators were ready for the possibility of an outage, Lewis said.

Local livestock producers also were ready, laying out extra bedding and feed for their animals.

If outages had been longer, Lewis said, authorities would have been taking steps such as opening warming centers and getting people transported to them.

Some livestock producers who could not pump water for their animals also would have needed a water source set up for hauling purposes, he said.

Neighbors would have needed to be checking on each other to make sure everyone had somewhere to go warm up.

“Sheltering in place makes sense a lot of the time, but this scenario would not be one of them,” Lewis said.

He thanked the men and women of the South Central Public Power District, which serves much of Clay County, for their vigilance.

“Thank you from me to our partners from SCPPD who had no control of when or if this outage would occur on working to stay in front of it,” Lewis said. “They shared a map of the area to be affected last night on their site. That is transparency. When the outages came they sent crews out into that geographical area to monitor and be ready for any issues when the blackout was called off and the system was re-energized.”

In Iowa, overnight lows dipped to nearly 30 below zero around Sioux City and wind chills to around 40 below in some places, leading some local power utilities in the state’s northern counties to issue some rolling outages. The extreme cold led MidAmerican Energy to issue a plea for residents to dial back power use, and some 150 schools announced delays or closures Tuesday.

The power outages during this week’s record cold snap underscored how much everyone relies on electricity.

The National Weather Service has a wind chill advisory in effect through 10 a.m. Wednesday for the area of central Nebraska and northern Kansas served by the NWS Hastings office. The overnight low air temperature was expected to hit 6 degrees below zero, with wind chill factors between 13 and 19 degrees below.

News
Orthmann steps down from county board

Adams County is looking for a new District 7 representative after the County Board of Commissioners voted 7-0 on Tuesday to accept the resignation of board member Eldon Orthmann.

The resignation is effective March 1.

District 7 is shaped like a backward L and stretches north and west through Hastings.

Orthmann, 76, first was elected to the board in 2006. Most recently he defeated challenger Willis Hunt in the 2018 Republican primary election.

Orthmann was elected board chairman by his fellow members in 2016 and served in that role until 2020 when he declined to be re-elected and was succeeded by current chairman Lee Hogan.

“I’d just had enough,” he said in an interview after the meeting. “It’s not been a hassle or I’m not upset with anybody. I’ve been at it long enough. I enjoy it — it’s just time. So I decided to get out of it.”

Adams County will advertise the vacancy in the Hastings Tribune. The county has 45 days from March 1 to appoint Orthmann’s successor.

The county clerk, county treasurer and county attorney will pick someone among applicants to fill the vacancy. 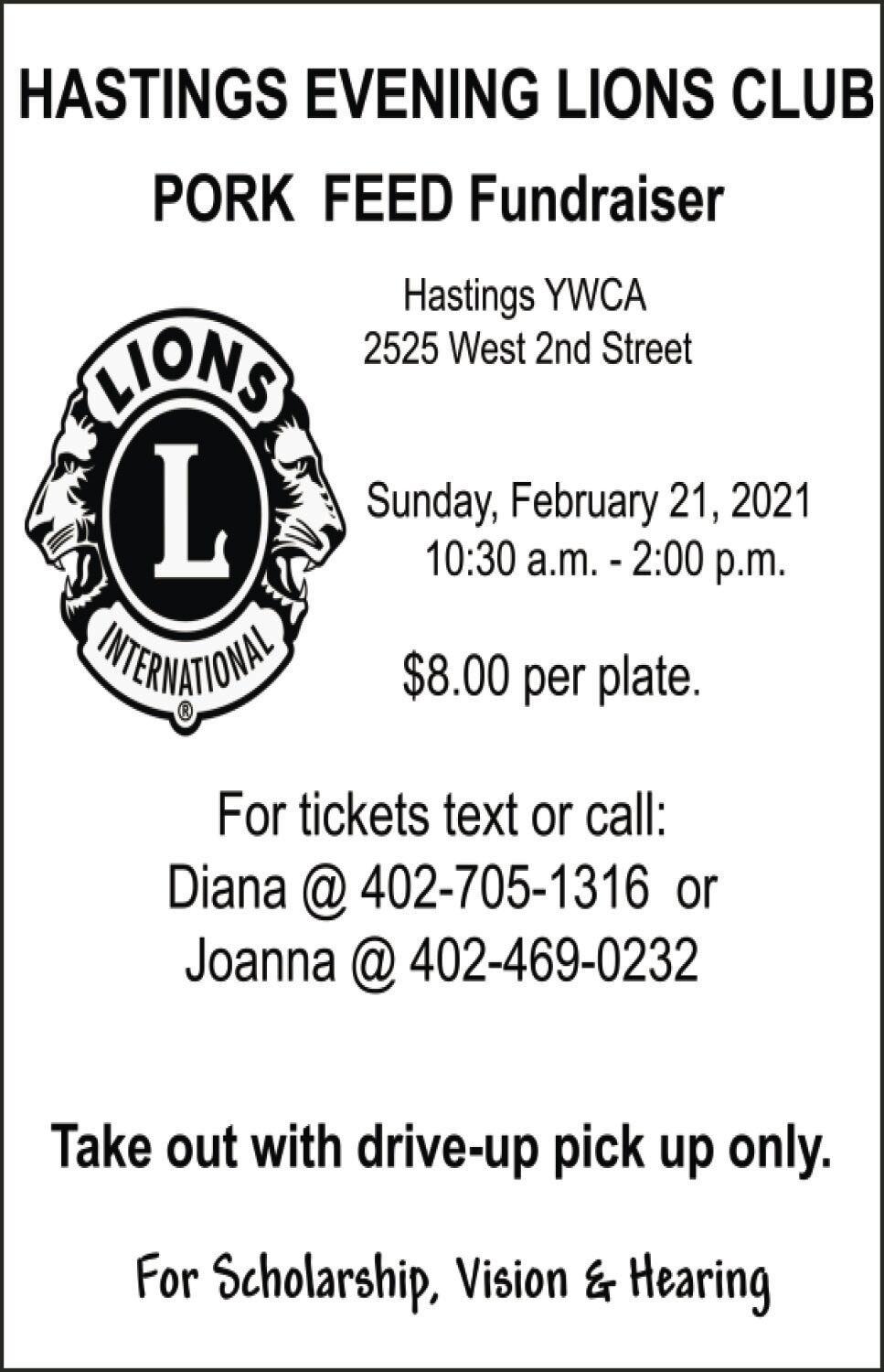 Hearing complaints from members of and residents around the Assumption Catholic Church north of Roseland, members of the Adams County Board of Commissioners voted 7-0 on Tuesday to add the portion of Assumption Road in the vicinity of the church to the county’s six-year road improvement plan.

That amendment was the only change during Tuesday’s meeting to the county one- and six-year road and bridge improvement plan, which was unanimously approved.

Several people interested in repairing the road attended the meeting. Two of those people spoke during the public hearing.

“We just feel it has high-enough use and traffic that it would warrant to be repaired,” Kathy Parr said.

The church has three services a week, plus classes and meetings.

She said 14 families live nearby.

“It’s a busy, little one-mile road,” she said. “I know it’s expensive, but I guess we just feel that the traffic is enough that it would warrant being repaired.”

Highway Superintendent Dawn Miller said the project would involve milling the pavement, laying it back down and resurfacing the road.

It’s possible that the project could include the church parking lot, but that would involve a contractual agreement, she said.

“I use that road all the time. It was paved in 1958, from what I understand, and it has been well used in all those years,” she said.

“I think for the number of people here, we should probably put it on the six-year plan,” Commissioner Chuck Neumann said.

Also during the public hearing, Matt Greenquist requested the closed bridge on Oregon Trail Road between Ayr and Marian roads be prioritized.

Greenquist made the same request during the public hearing for the county one- and six-year road and bridge improvement plan in 2020.

Repair of the bridge has been on the county’s six-year plan for about 20 years. It was closed in summer 2019 because of a broken tie beam.

Greenquist expressed concern about the lack of routes out of his property with the bridge closed and the level of safety in the remaining routes.

He offered to enter into a cost-sharing agreement with the county to help with repair or replacement costs.

Miller and members of the Roads, Bridges and Weeds Committee made arrangements with Greenquist to maintain communication regarding the project.

The county has $258,000 left over in rural road project bond funds that Miller said she plans to use to resurface Southern Hills Avenue from U.S. 6/34 south to Prairie Lake Road.

In other business Tuesday, the commissioners:

Unanimously approved, as the Board of Equalization, a 451 exemption for Hastings Catholic Schools.

Unanimously approved deferring action on an isolated land hearing — for property west of U.S. Highway 281 and north of Cimarron Road owned by Maxine Strasburg and the Ronald D. Strasburg Testamentary Trust — until the current appeal process is completed.

Unanimously approved a $1,495 bid from Grummert Professional Services for surveyor services relating to the justice center.

Unanimously approved the memorandum of understanding for the juvenile services grant.

Unanimously approved tabling action on the transmission easement request from Apex Clean Energy until a representative from the company meets with the commissioners to discuss plans for the project.

Unanimously approved, as the Board of Equalization, one addition to the tax list.