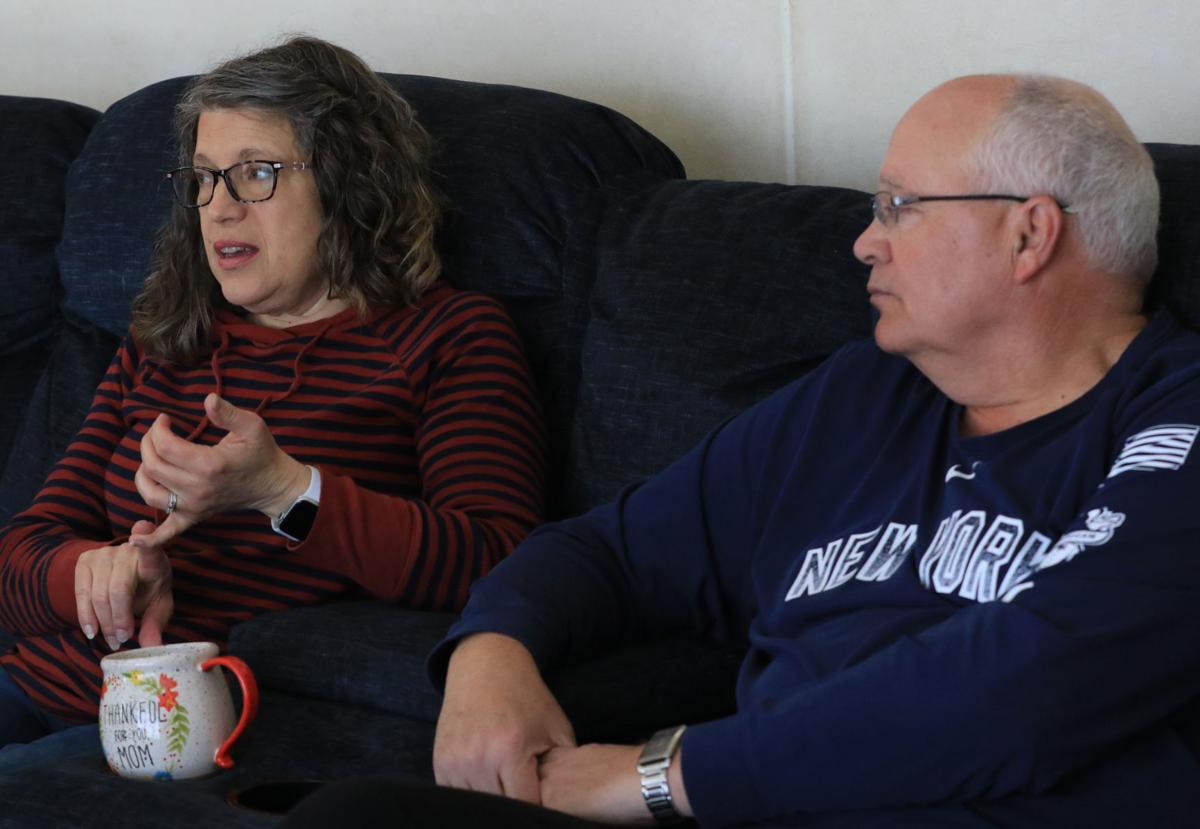 Sheri Arneson, pictured with her husband, Richard, talks about their experience after she suffered a heart attack in Mexico last month. 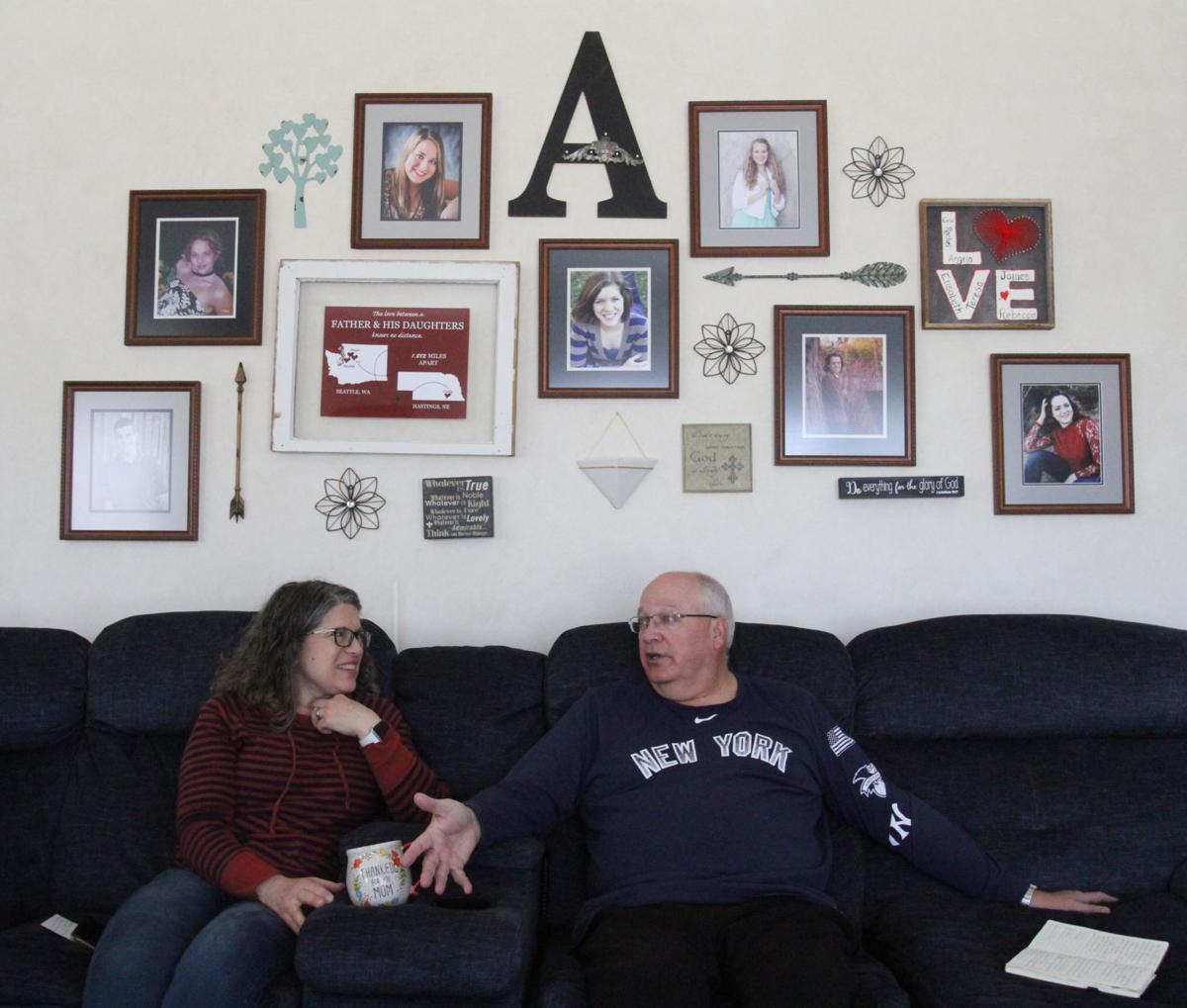 Richard and Sheri Arneson talk about about their experience after Sheri suffered a heart attack in Mexico last month.

The day before she and her husband, Richard, were scheduled to leave a resort in Cancun, Mexico, in February where she had a conference, Sheri Arneson began feeling ill.

The symptoms began the morning of Feb. 9 with discomfort between her shoulder blades. She laid down, but later got up, was sick and was sweating profusely.

“I was in great distress, let’s just say,” she said.

An electrocardiogram in the ambulance confirmed what Sheri suspected — she was having a heart attack.

Dealing with a medical emergency in a foreign country was an eye-opening experience for the Arnesons, right down to the ambulance ride to the hospital.

“They expected her to get on the gurney by herself,” Richard said.

“With a knife through my chest,” Sheri added, describing the pain she felt.

Even communication was an ordeal.

The Google Translate app was a game changer, they said.

Prior to discovering that, communication in the hospital largely was limited to charades.

Taxis were passing the ambulance as it traveled toward the hospital.

The hospital also required payment before Sheri was seen.

“He brings up this little calculator and shows me and it’s a lot of zeroes and a couple numbers at the front,” Richard said. “He said ‘this is in pesos’ which doesn’t mean anything to me. Then he tries to convert it to American dollars and that’s still quite a bit of zeroes.”

“Eventually they got enough in their system I guess to start assessing her,” he said. “But it seemed like the money part took precedence over getting her going.”

Once they were stateside again, the Arnesons heard a story about another American woman who also needed health care in Cancun and had to pay before she was allowed out of the ambulance.

He estimated it took two to three hours before she was in surgery.

“It just seemed like things should have been going a little quicker,” he said.

Sheri’s mother had a heart attack five years ago. Her mother’s siblings also have had heart issues.

Despite a commitment to a healthy lifestyle, Sheri is the only one among four siblings to have heart issues.

“It’s just so frustrating,” she said.

One of the biggest lessons the Arnesons learned through their experience is to get travel health insurance.

“Your health insurance doesn’t cover you over the borders,” Sheri said.

In their case, using GeoBlue, it was about $3 per day.

Sheri made the decision to purchase travel health insurance at the recommendation of Chad Kudlacek, an occupational therapist with PTSR of Hastings, who worked with Sheri when she previously broke her hand.

“Fortunately, we purchased that,” Richard said. “If we hadn’t I don’t know where we’d be right now. I might be washing dishes down there.”

Sheri’s sister sent Richard an article about a woman who was treated at the same hospital a month earlier. Her family had to set up a gofundme account to get her out of the hospital.

“I never let Sheri see this while we were there,” Richard said. “I’m not going to get her nervous about this. They did the best with what they had.”

Despite the unusual situation the Arnesons found themselves in, they were thankful for the care Sheri received. They also met a lot of people at the hospital who helped them navigate through their ordeal.

Richard texted with the couple’s seven adult children, updating them on Sheri’s situation. Three of their children, plus a son-in-law, traveled to Cancun to help and provided updates on Facebook.

Richard said having their children there providing emotional support was a huge help.

“That was the biggest part of it,” he said.

Sheri was released on Feb. 17, and the Arnesons returned to Hastings on Feb. 21, before the novel coronavirus disease (COVID-19) began to disrupt life in North America widely.

Throughout that process the Arnesons received a lot of prayer, as well as well wishes on Facebook.

“I’m not a Facebook guy,” Richard said. “They were showing me how many people were commenting on Sheri’s condition.”

It seemed everyone they ran into in Hastings knew her story.

“We have an amazing community,” Sheri said.