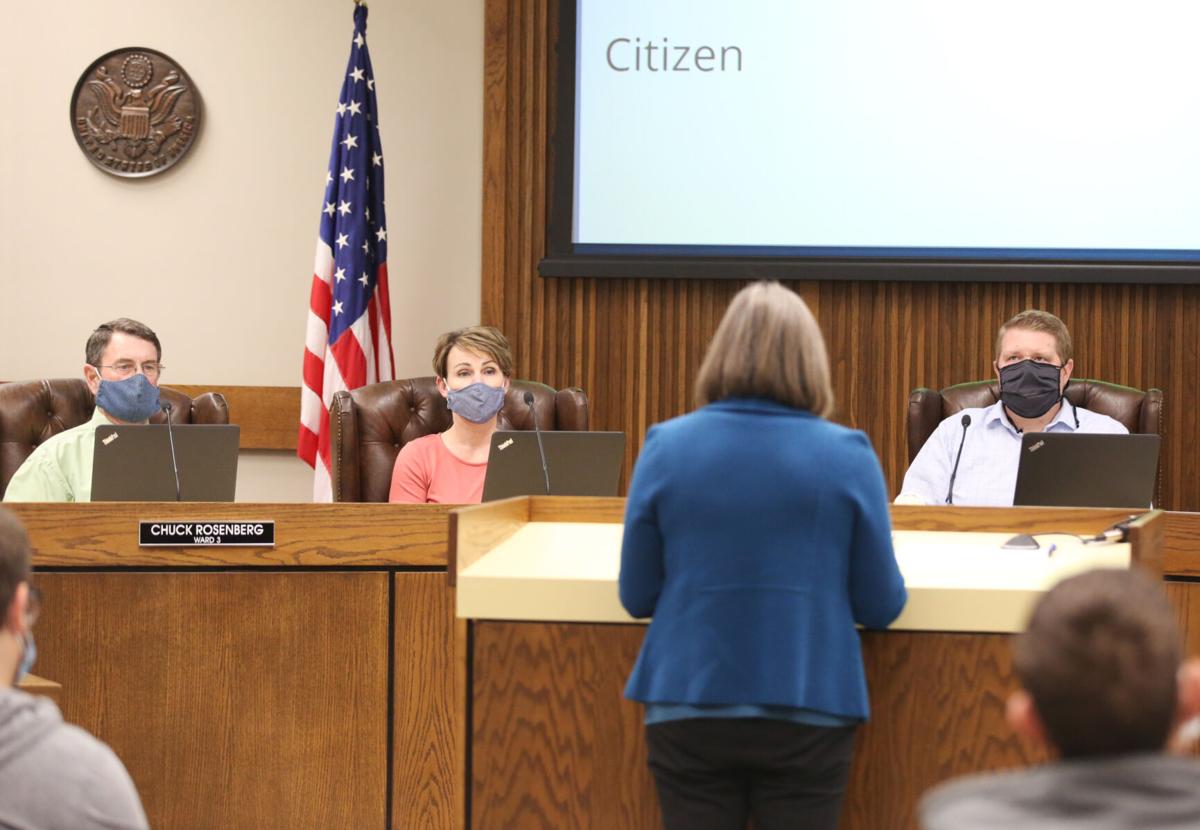 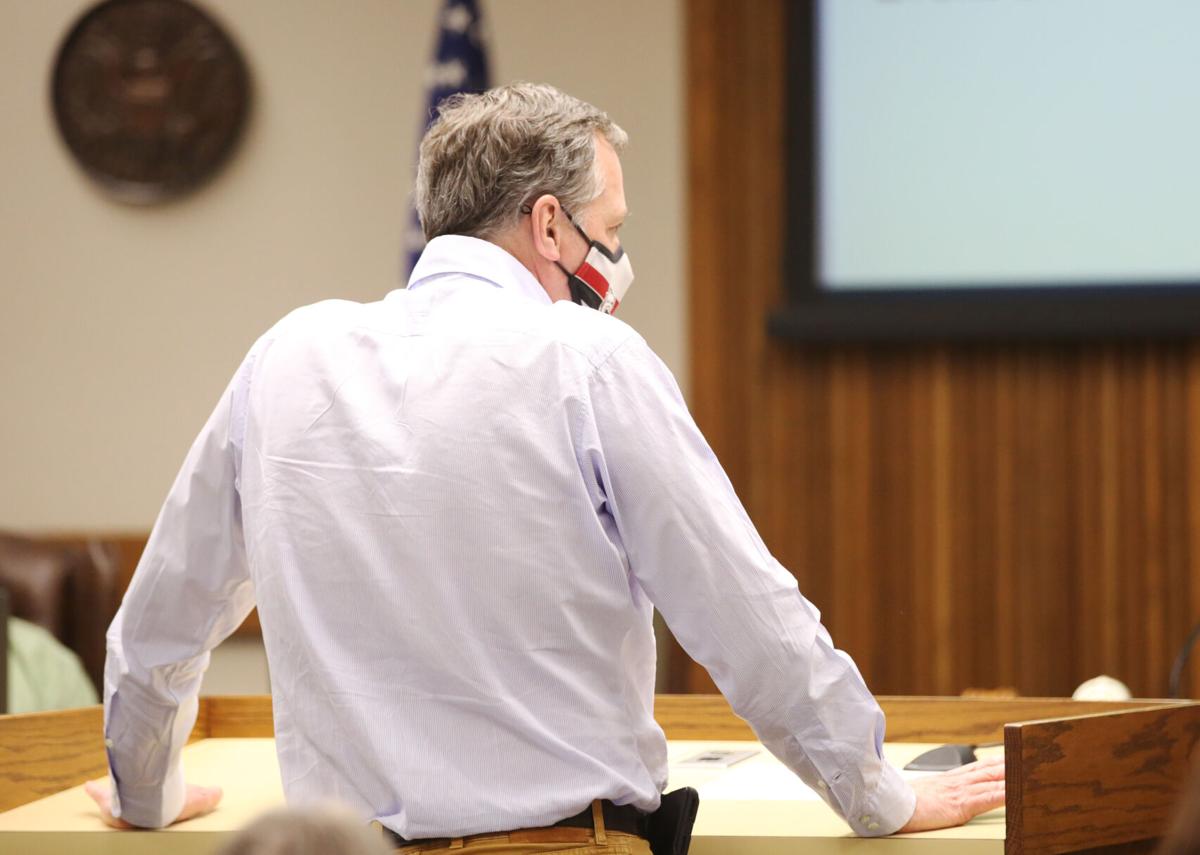 Dr. Todd Pankratz speaks Monday in favor of extending the mask mandate put in place by the Hastings City Council. 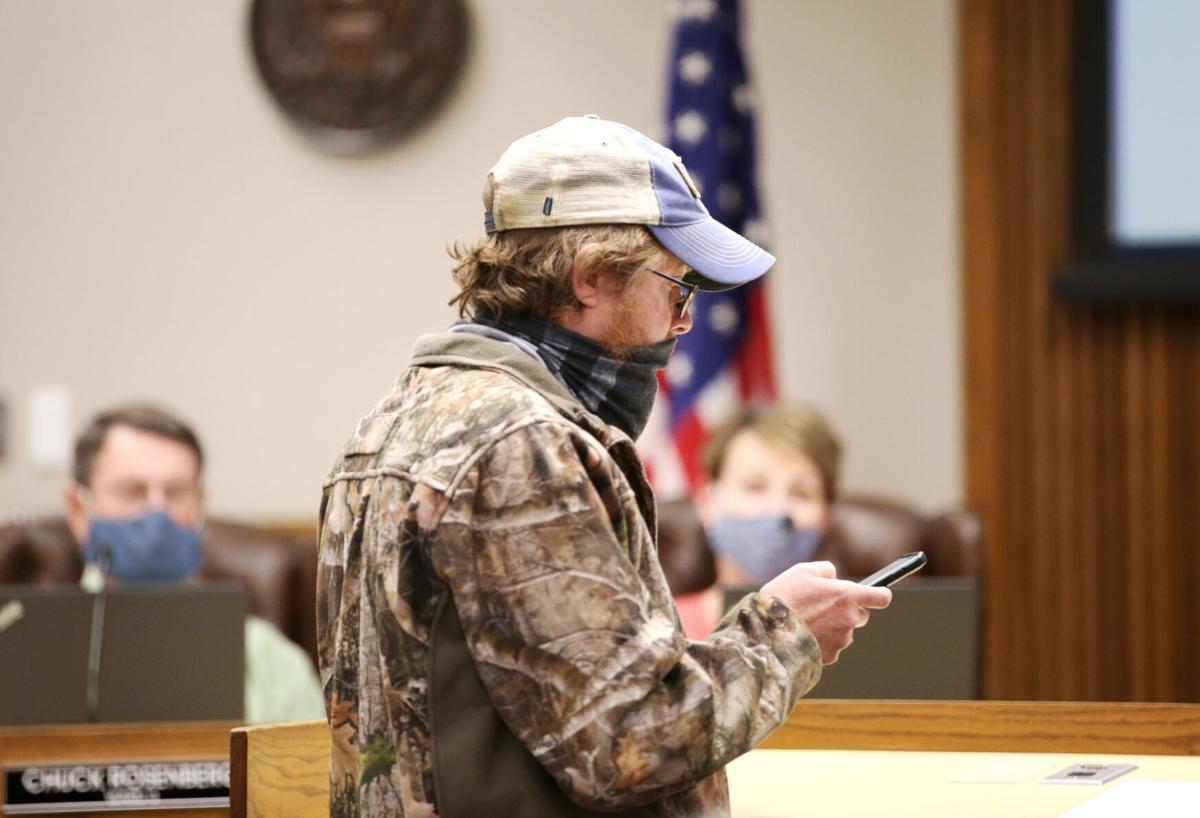 Brandon White speaks to the Hastings City Council Monday night opposing the extension of the mask mandate originally voted on in November. 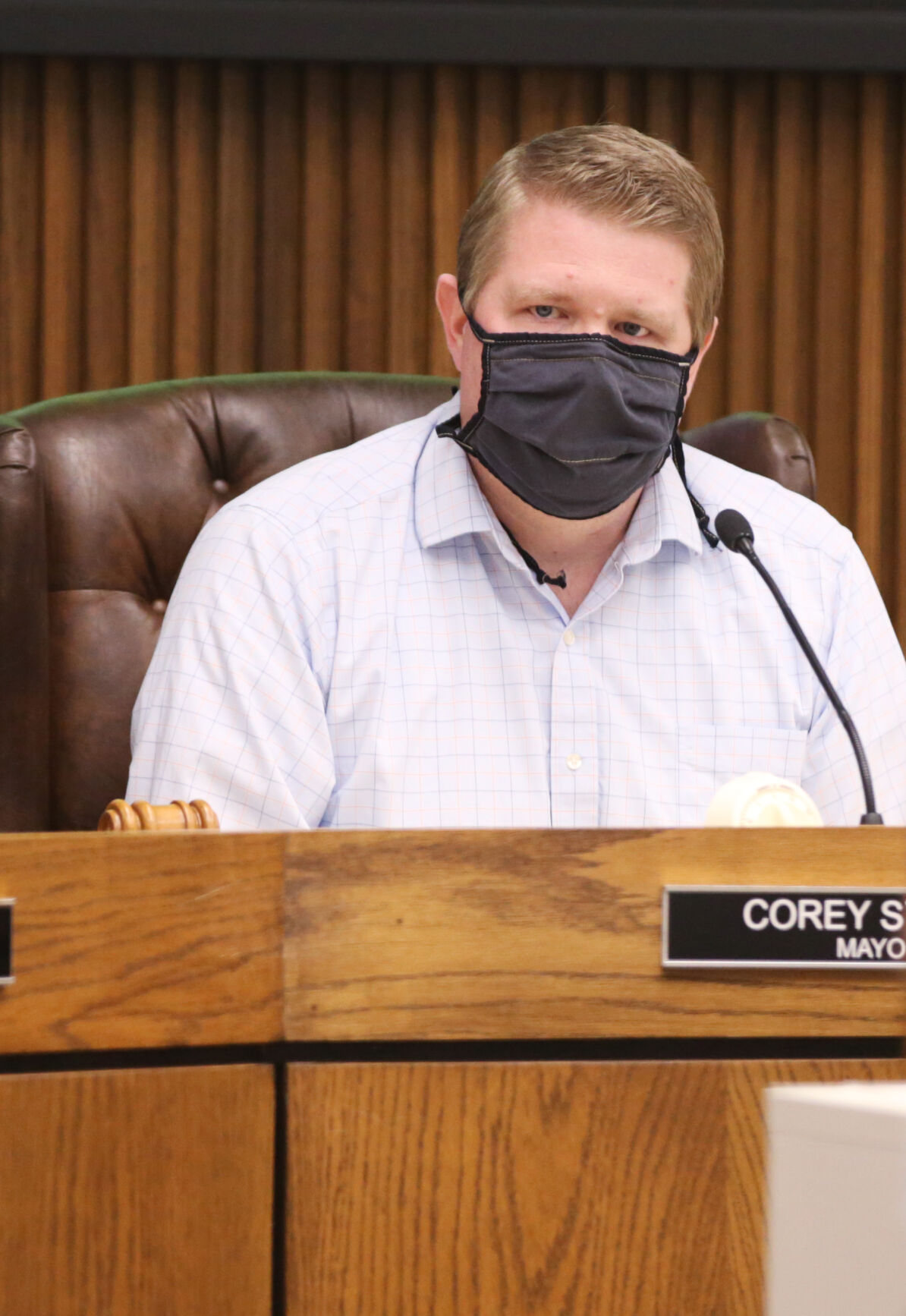 Dr. Todd Pankratz speaks Monday in favor of extending the mask mandate put in place by the Hastings City Council.

Brandon White speaks to the Hastings City Council Monday night opposing the extension of the mask mandate originally voted on in November.

Emergency Ordinance No. 4650, which required everyone 5 years of age and older to wear a face covering over his or her mouth and nose while indoors in premises open to the general public in Hastings, has been in effect since Nov. 26, 2020.

It was due to expire Feb. 23 unless the Hastings City Council acted to extend it.

An amendment that would have kept the mask ordinance in place until Hastings averaged two or fewer cases of COVID-19 per day for two consecutive weeks failed 3-3 at the Feb. 22 City Council meeting. That was the metric council members generally agreed on for wording to be placed on the agenda after more than an hour of discussion on the topic during their work session on Feb. 18.

Rosenberg then introduced an amendment he called a compromise that included a deadline of March 23 in addition to the two cases per day metric.

“What we’re doing is showing citizens that the council has taken a look at this in that period of time,” he said. “We’re missing two representatives from the entire Second Ward. I’ve never seen that happen since I’ve been on the council.”

Two or fewer cases per day equals eight cases per 100,000 population. On Feb. 21, that 14-day daily rolling average per 100,000 was 11.4 new cases for Adams County and 12.3 for all four counties of the South Heartland District Health District — Adams, Webster, Clay and Nuckolls.

The ordinance including the amendment then passed 5-1 with Hartmann the sole dissenter.

The vote count was the same to suspend the requirement for the second and third readings needed for final passage.

Although a majority of council members voted to suspend the rules, six votes were needed to do so. Because the suspension of the rules failed, the ordinance will expire.

According to state statute, rules for final passage are suspended if the suspension is approved by three-fourths of the members-elect of the council, which would be six votes.

Hartmann said he received enough feedback over the last 36 hours from individuals opposed to the mask ordinance that he determined he would vote against continuing the ordinance.

“I think we should represent the people that elected us into our position,” he said. “I’m actually a little overwhelmed that the response was as much as it was in the last 36 hours. I didn’t expect such a change.”

He said during the work session on Thursday about two-thirds of the feedback he had received up to that point was in support of the ordinance.

Ten people spoke about the issue during public comment portion of the meeting.

Several of the people in support of the ordinance were in the medical field. Michele Bever, executive director of the South Heartland District Health Department, made the analogy that giving up on the mask requirement when there is still too much community spread is like getting rid of a parachute before reaching the ground.

“We shouldn’t abandon what is working too soon,” she said.

Alton Jackson, who spoke against the mask ordinance, wanted the council to delay extending the requirement until Eley and Schroeder were present. Jackson said he had a lot of respect for each of the council members as well as the health department, but there were other factors at play.

“The mental health situation this is causing is a problem,” he said.

Jackson said he had a friend who committed suicide recently.

“We live in a divided country, and this is a depressing time,” he said.