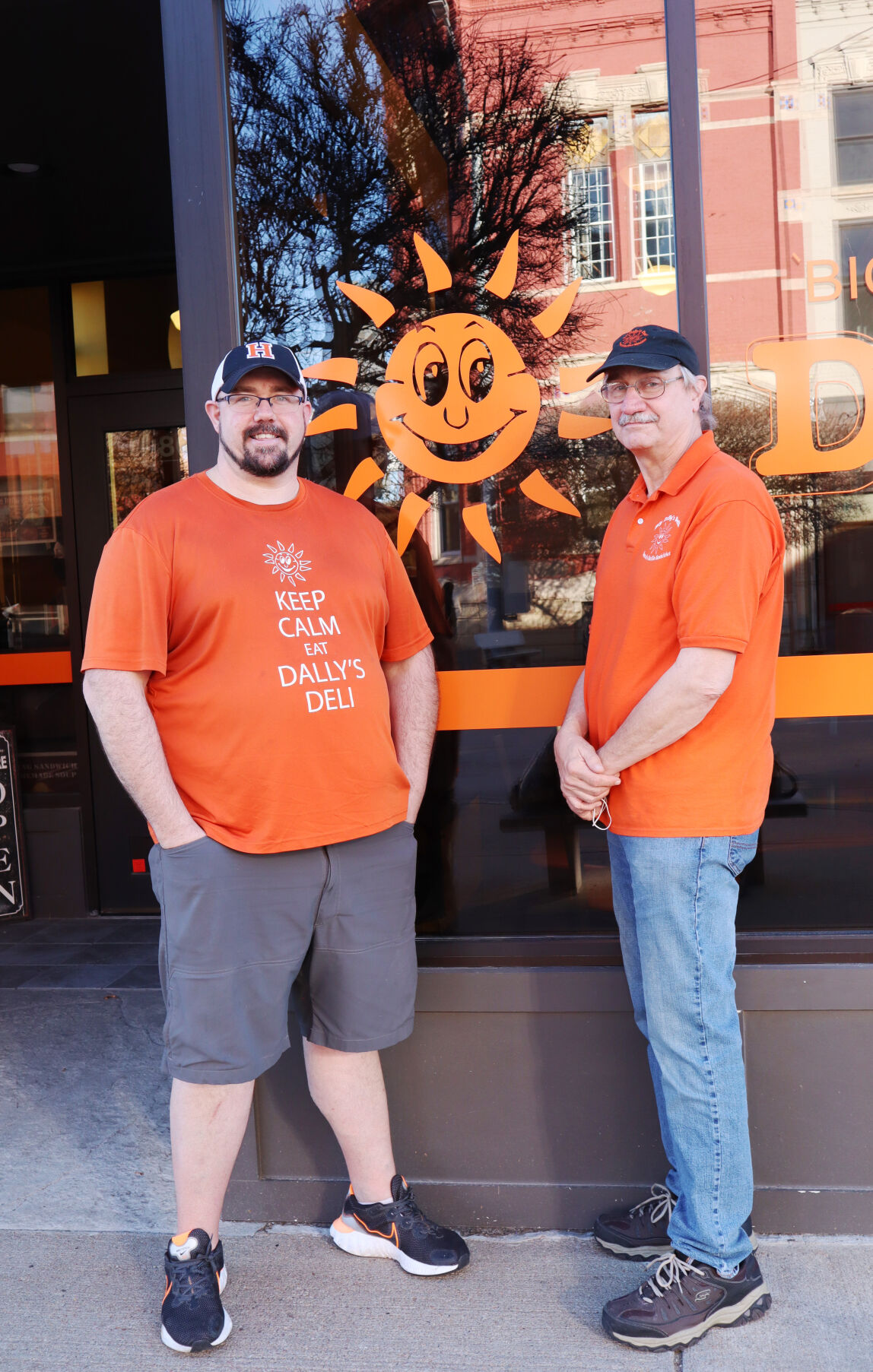 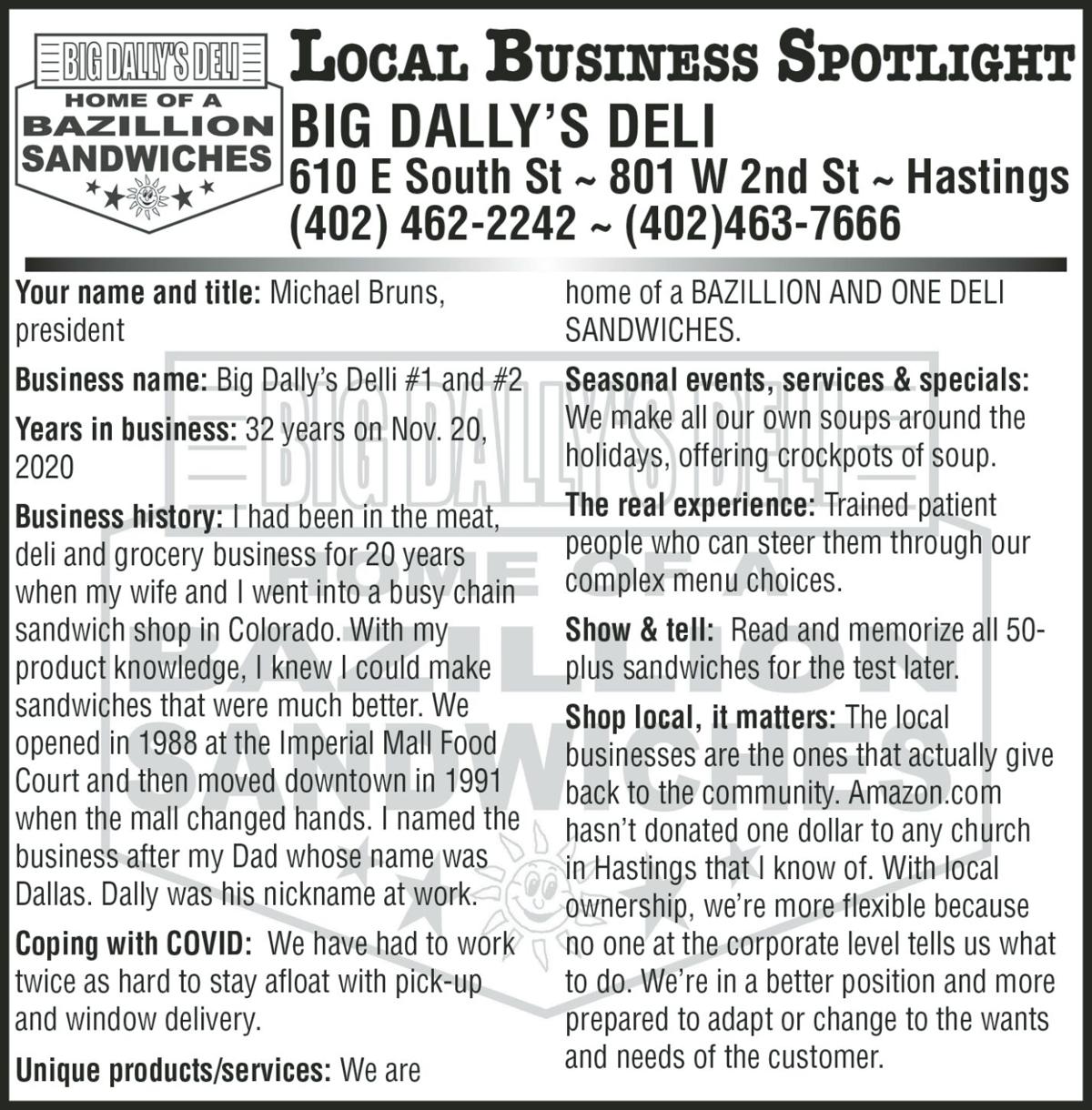 Mike Bruns has probably said “good choice” about a bazillion times over the past 30 years whenever a customer orders a sandwich at Big Dally’s Deli in Hastings.

After all, his two sandwich shops in Hastings lay claim to be the Home of a BAZILLION AND ONE sandwiches.

“It’s a made-up number, obviously, but the sky truly is the limit when you consider all the sandwich combinations we have,” Mike said. “The number is almost infinite.”

But why add the one? Isn’t bazillion enough?

“We add the extra ‘one sandwich’ because there’s that one sandwich that you love for life. It’s ‘the’ one,” Bruns said.

Bruns says he can’t take credit for coming up with the phrase that eventually became the tagline for the business.

He said the number was something he overheard a college student say once when looking at the sandwich menu above the counter before placing an order.

“There has to be a bazillion choices here,” the student said.

Bruns liked that response so much that he thought it would be a great way to brand the business.

Mike and his son, Matt, are co-owners of Big Dally’s Deli, a sandwich shop that has two locations in Hastings.

Mike named the business after his father, Dallas, whose nickname among co-workers was Dally.

Inside Big Dally’s Deli, customers find a large chalkboard full of so many sandwich choices that it can look daunting to navigate but is soon made simple by the assistance of knowledgeable staff taking their order behind the counter.

Mike has been at it for so long that he not only has all the menu options memorized but he can recite them in the sequence they are listed on the placard.

Mike began making sandwiches in 1988 at the Imperial Mall Food Court. He later relocated downtown after a change in ownership at the mall.

Since then he and Matt have partnered to grow the business, including the opening of the second sandwich shop by Duncan Field in 2003.

At Dally’s Deli, father and son believe that the customer’s way is the only way, so they work hard to create a unique experience for customers so they want to come back.

They want every customer who walks in for the first time to be blown away by great service, Mike said.

“We are blessed to have a loyal customer base in Hastings,” he said.

"It's a made-up number, obviously, but the sky truly is the limit when you consider all the sandwich combinations we have. The number is almost infinite." — Mike Bruns, Big Dally's Deli