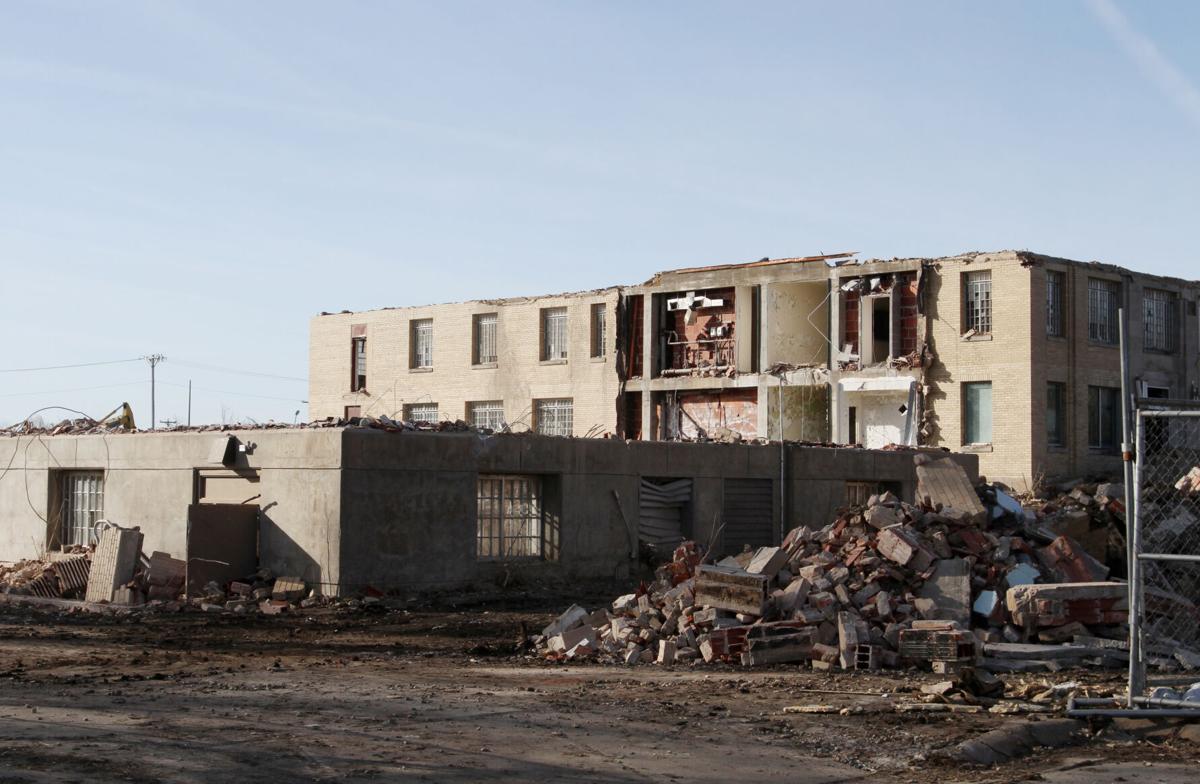 Demolition has started for a building on the Hastings Regional Center grounds that was constructed to provide geriatric housing and eventually was transformed into a minimum-security prison before it ultimately was abandoned more than 15 years ago.

According to previous Tribune articles, Hastings State Hospital first opened the building on the south end of the campus in 1949 as a geriatrics facility to house 250 patients as a solution to old-age care.

In July 1963, the Hastings State Hospital was reorganized into two Unit Hospitals, psychiatric and alcoholic. The campus has been home to a state facility for mental health patients since it opened in 1889.

In 1964, the geriatrics building became the “Day Care Center,” and it was being used for that purpose in the early 1970s. The building also housed the chronic alcoholic rehabilitation ward at that time.

Hastings State Hospital was renamed the Hastings Regional Center in 1971.

At some point, the building was vacated and stood empty for years before it was converted into a minimum-security prison in 1987.

The first inmates were admitted in June 1987, starting with 11 inmates from the Lincoln Community Corrections Center who worked as construction crew for the interior renovations.

Fencing and razor wire was added to transform the building for use as the Hastings Correctional Center.

After renovations were complete, the prison had a capacity of 160 inmates, but was often below capacity.

A 17-foot-high tower was added to the prison in 1988 to provide added security after several prisoners escaped in the facility’s early days.

A 1993 state-funded study recommended that HCC be closed as part of a statewide plan to reduce prison overcrowding by 1995. The study advocated developing new ways to rehabilitate nonviolent inmates in order to control the state prison system’s growing problem of overcrowding, but indicated that another potential solution was to build more prisons to handle overcrowding.

The prison was slated to close in 2002 due to budget cuts proposed by then-Gov. Mike Johanns. In that same time frame, the state ended key programming at the Hastings Regional Center as it revamped the mental health system to emphasize more community-based services.

The federal government took over the former Hastings Correctional Center facility in 2002 for use as a detention center by the Immigration and Naturalization Service, but it wasn’t used enough to justify its continued use, and the building was closed for good in 2005.

The structure, known as Building 25 on the HRC map, is one of several that have been demolished recently or are slated for demolition on the mostly idle campus. A new Youth Rehabilitation and Treatment Center for females is planned to open on the campus this year.