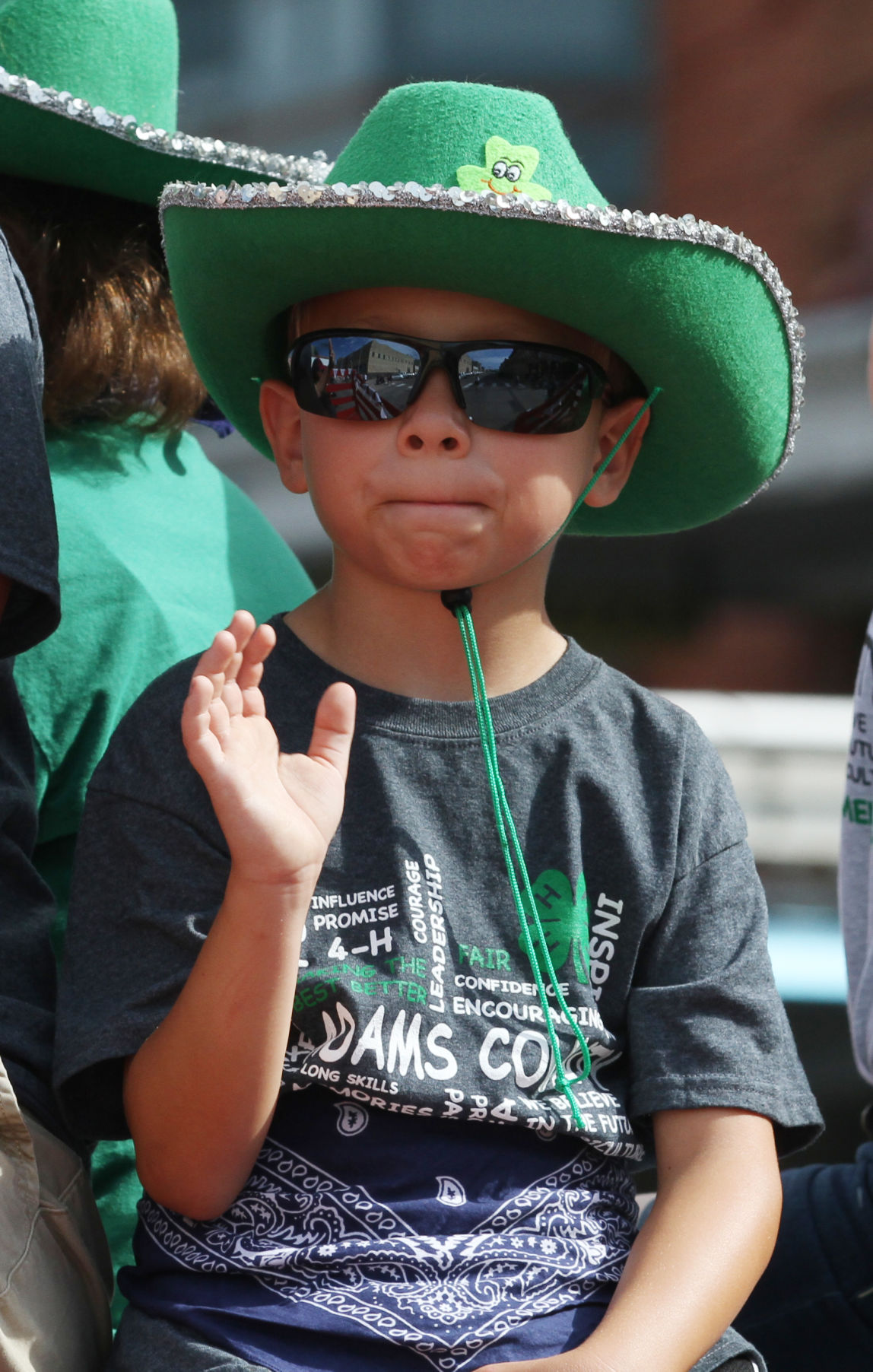 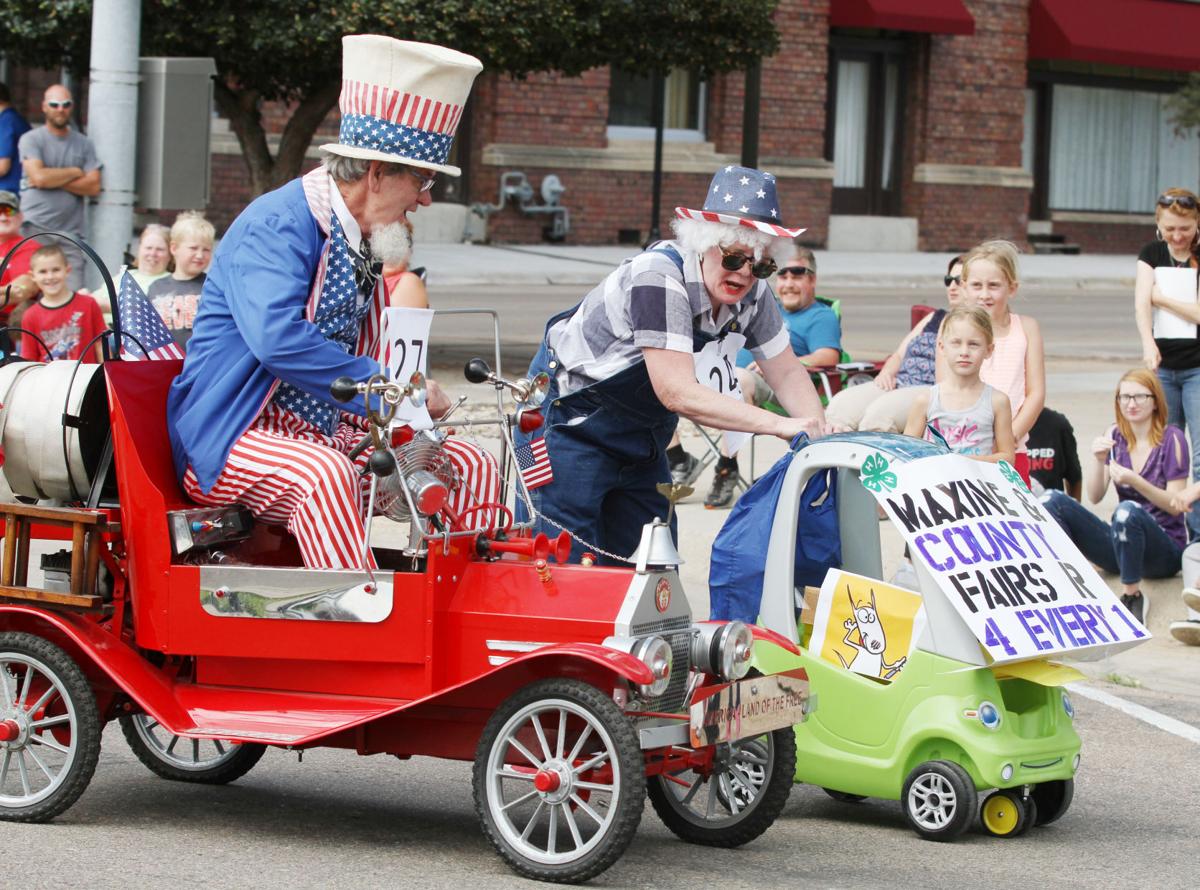 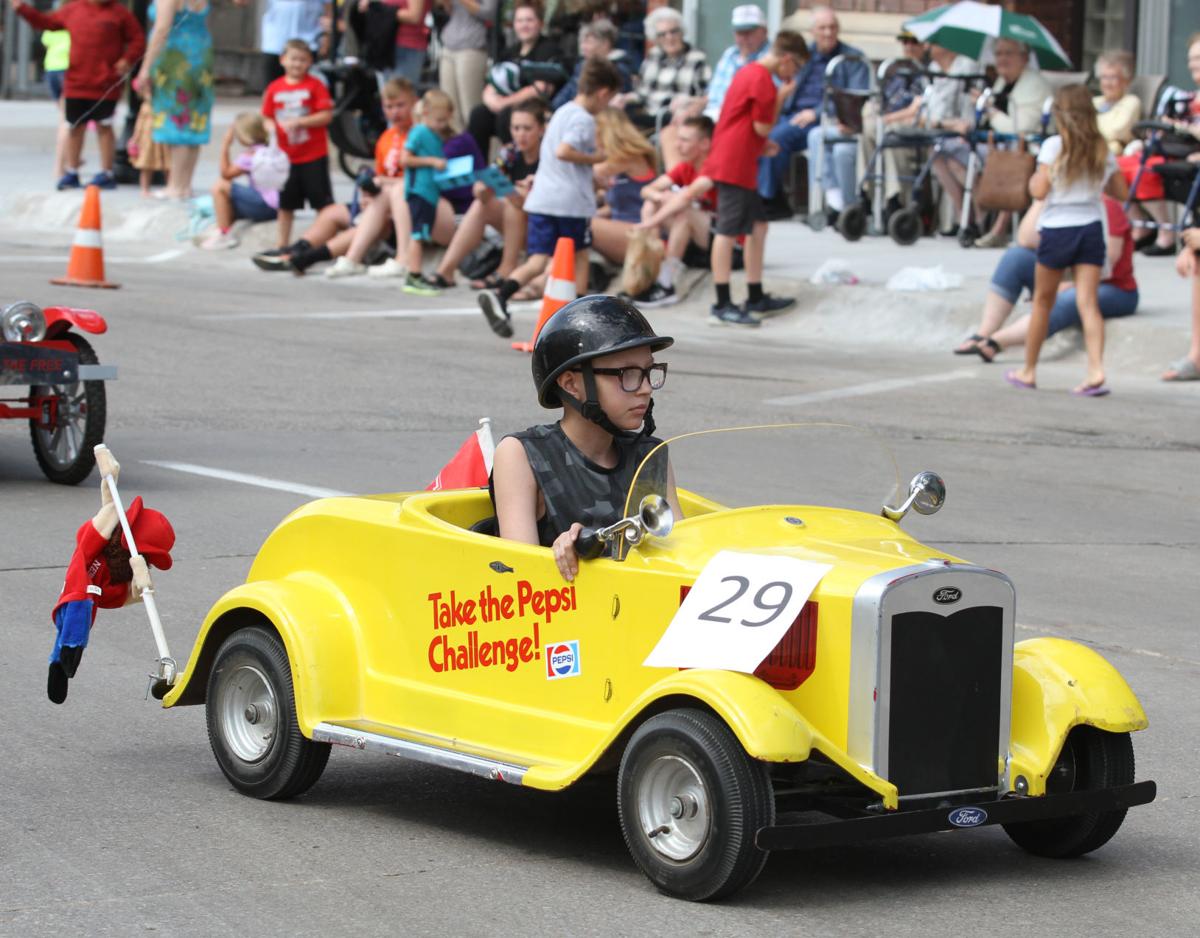 The Rural Ranchers 4-H club in Hastings was one of many floats in the parade. The Ranchers have been working every day for the last week get their livestock and static projects finished before entries are due Tuesday and Monday, respectively. The parade gave them a short break before going back to shear sheep all day Saturday.

“You put so much work into it, you might as well enjoy it,” said Corbin Burchach, one of the Rural Ranchers riding on the float and competing in the fair.

The Rural Ranchers will be sending about 80 kids with over 200 animals this year, competing in all species but hog, said Dave Berens, 4-H leader.

“For the last couple of months, he hasn’t been able to play as much,” said Paula Sund, Fenton’s mother.”It’s nice to unwind for a change.”

Fenton borrowed the car after Larry Podewitz, a family friend of his, offered it to him. Podewitz, dressed in an Uncle Sam outfit, drove an antique miniature freighter fire truck while spraying water into the crowd that lined the sides of the parade.

The parade also kicked off some of the competition soon to follow during the fair.

Zion Lutheran School took the best theme award for its float, decorated with popcorn and growing corn for its “growing” students.

Fred Drummond took the prize for the best antique car with his 1941 Ford and camper combination.