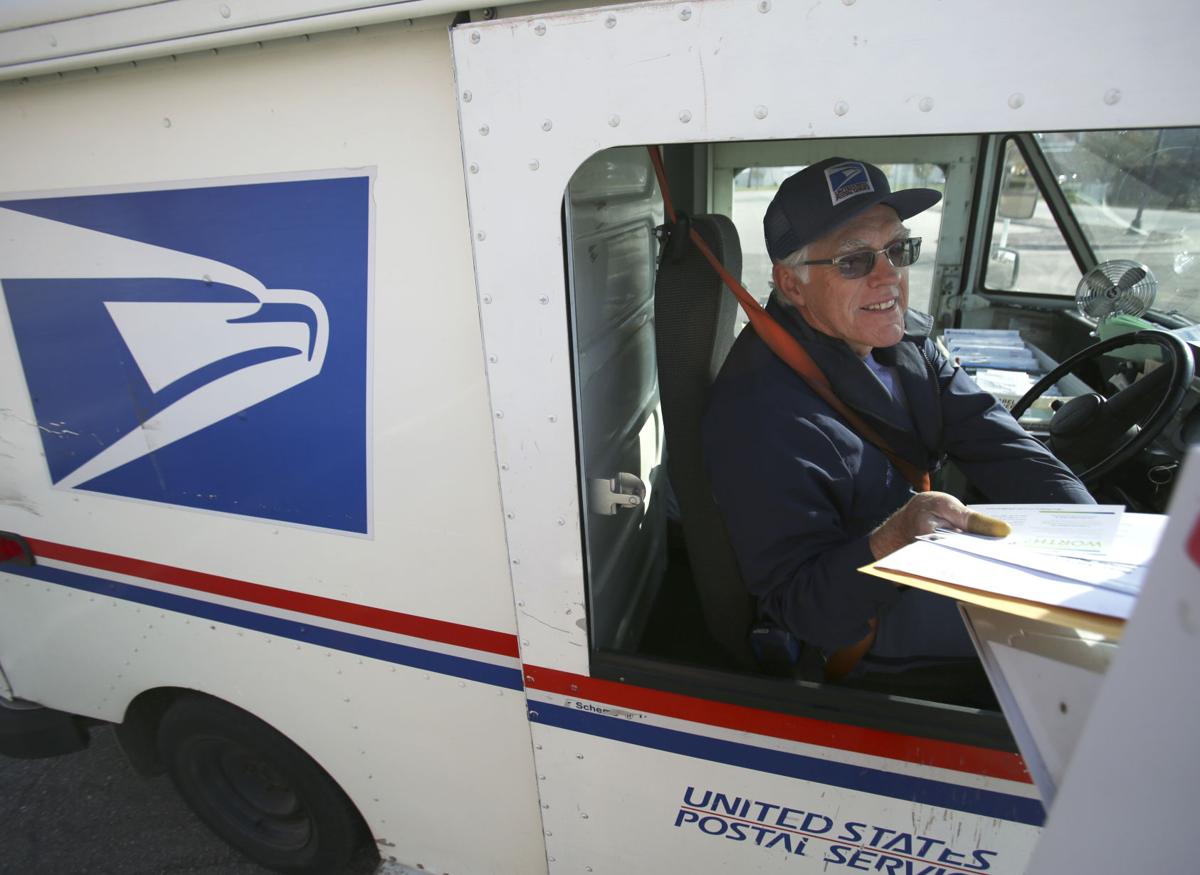 Tim LeBar delivers mail to the Hastings Museum Friday morning. LeBar is retiring after 42 years as a mail carrier. 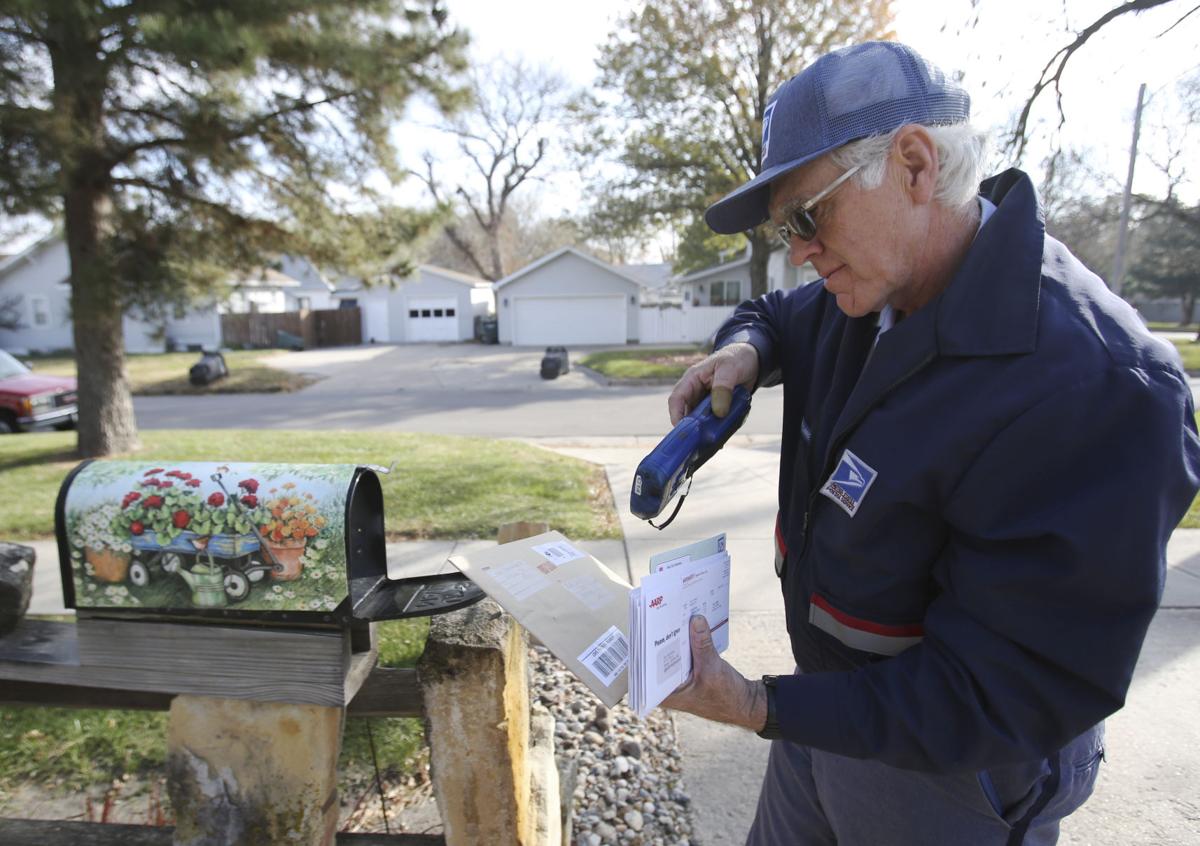 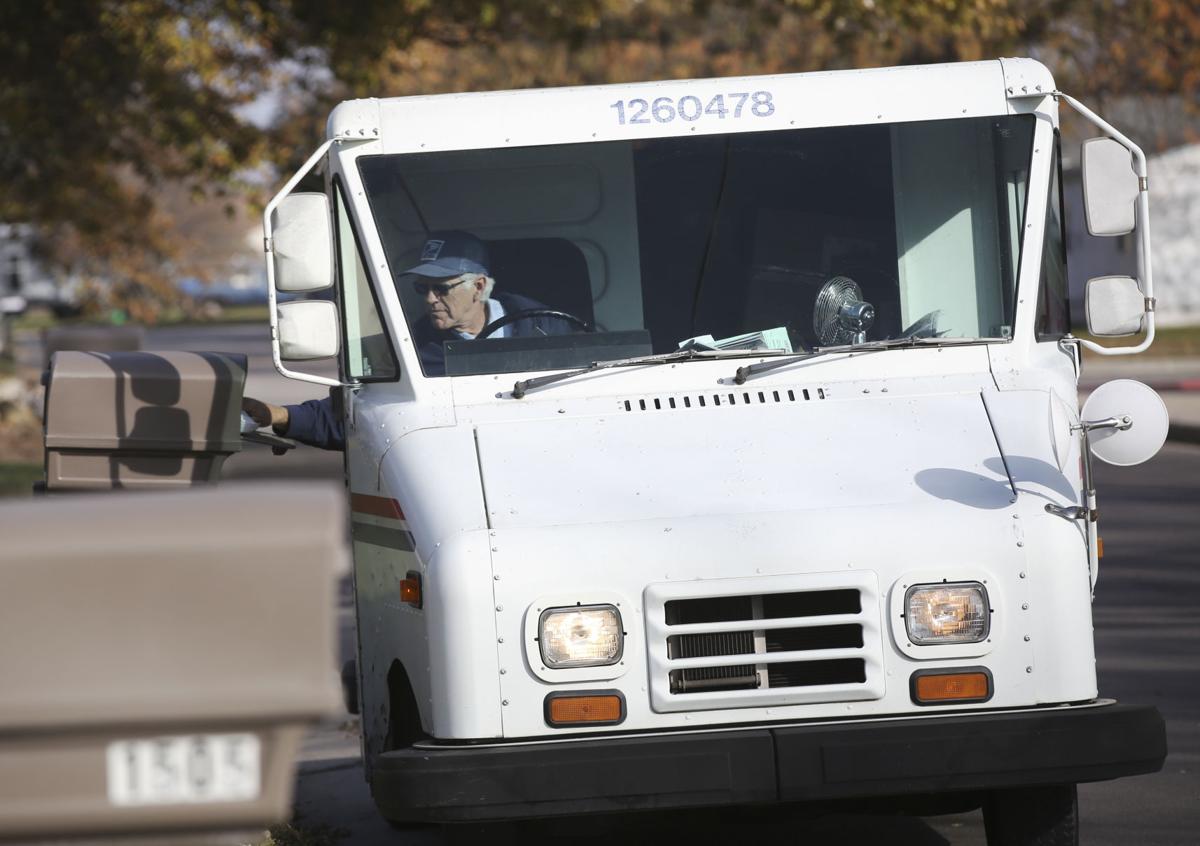 Tim LeBar drives his route along North Denver Ave. Friday morning. LeBar is retiring after 42 years as a mail carrier.

Tim LeBar delivers mail to the Hastings Museum Friday morning. LeBar is retiring after 42 years as a mail carrier.

Tim LeBar drives his route along North Denver Ave. Friday morning. LeBar is retiring after 42 years as a mail carrier.

A family legacy lasting more than 80 years came to an end Friday when Tim LeBar retired from the U.S. Postal Service.

Tim was yet to be born when his father, Clarence, first started working at the Hastings post office in 1936. Clarence worked 39 years for the postal service while Tim just concluded a 42-year, three-month career.

“I just feel really blessed in coming here,” Tim said of working at the Hastings post office. “The elements, that’s the bad part of the job if there is anything I didn’t like. I loved meeting the people.”

It was that love of his customers and a true dedication to his family that kept LeBar working for the postal service for more than four decades.

“Life isn’t just your work environment,” LeBar said. “Life is what you make of it.”

And that is exactly what he did.

LeBar was a senior in high school in 1975 and his father was just months from retiring when Clarence told his son of an upcoming opportunity to take the postal service entrance exam.

So LeBar drove from Hastings to Grand Island in a snowstorm to find a room full of people taking the same test as he. Tim said he thought his chances were gone but gave it a try, anyway.

LeBar started that fall as a substitute in the Hastings post office as a clerk where he would fill in doing any job that needed done inside the building. Unfortunately at the time, found himself getting just 20 hours or so of work per week.

So he decided to transfer to another facility. After a little searching, LeBar found a position in Longmont, Colorado, and stayed for the next 18 years. He spent seven years working nights before going on days as a clerk.

LeBar said he may have stayed in Colorado for the rest of his career, as he loved his job as a window clerk. But the once-small town of Longmont, located 40 miles north of Denver, was becoming much larger, and with more people meant more crime and unsavory characters.

“We thought, ‘We need to look somewhere else. I don’t need our kids growing up in this, even though the area is beautiful,’ ” LeBar said.

After fielding interviews from Mason City, Iowa, and Missoula, Montana, LeBar was thrilled to get a call from the Hastings post office even if it was a job as a carrier rather than as a clerk.

“As far as carrying goes and clerking goes, there’s no question I love to clerk more than carrying because not only am I out of the elements, I’m a people person and I love working the window,” he said.

Even so, LeBar said he knew moving himself, his wife Elizabeth and their children — there were three at the time — back to Hastings still was the right move.

“It was God ordained that I would come back here,” he said. “There was no question. There was other things that happened in my life that really validated why we came back.”

For the past 23 years, LeBar has worked as a carrier. He started as a walking carrier, then partially walking and driving, and then driving solely for the past four years.

“You don’t know how many times I wen through in my head when I was out there in the elements when it was bad, I said, ‘For my kids, this is why I do it. For my kids, to give them a nice environment to grow up in’ — and they did.’”

LeBar said the key is to watch the weather and plan ahead.

“A lot of times it’s psyching yourself up knowing three days ago I knew this snowstorm was coming,” he said. “I didn’t like it at the time, but give me three days and I’ll be ready to power through it. You just dress accordingly.”

When he was walking full-time, LeBar said he walked seven to eight miles a day and went through one pair of shoes per year.

In the winter, he would put on the layers to stay warm but always left his right hand ungloved in order to more easily handle the mail.

“I would have a glove on my left hand and with my right hand, I would thumb through the mail and put it in the box,” he said. “As soon as that mail went in the box that hand was back in my pocket right away.”

While he would often debate if he hated the heat of summer or the bitter cold of winter more, LeBar said it was the constant interaction with other people as a clerk that he missed in those silent times as a carrier.

“You see people for a few hours when you’re in the office, but when you leave it’s just you,” he said. “It gets pretty quiet out there. It’s like a withdrawal. I have people all the time and then all of a sudden, it’s quiet. It’s just me.”

Yet LeBar said he made the most of it by befriending his customers and creating a rapport with them even in the few seconds he would step onto their porch each day.

“The customers are the reward of your work,” he said. “Great paycheck, great benefits, but what makes your day-to-day job enjoyable is when you go out there and see your customers.”

While completing his last route Friday, LeBar stopped into a local assisted living facility where he was greeted by a large group of residents who had purchased a cookie with his likeness on it in frosting and a gift card as a gift.

“When you get something like that back, you realize you’ve done something to make their life better, enjoyable,” he said. “That’s what it’s all about. “It’s not so much the mail you give them, but the interaction.”

LeBar said he believes the survivorship of the post office system is based on that relationship between postal carriers and clerks and customers.

LeBar said he chose to retire because he’s still in good health and wants to explore other options for his future, whether it be volunteering and mission work or finding another job of some sort.

In the meantime, though, LeBar said he will continue his family’s 22-year tradition of delivering the Hastings Tribune — something he, his wife and children have done since 1995.

Today, three of LeBar’s children still live at home, two are still in college and the third is a recent graduate. All of them have helped to carry the Tribune along with working for the family’s lawn care business.

Tim said on his coldest, hottest and worst days as a carrier, he always thought of his children.

“The first summer I was thinking, ‘Oh gosh, this is for my kids,’ ” he said. “You don’t know how many times I thought that. ‘This is for you guys. This is why I’m here, give you guys a future and you can have a life when you grow up instead of where you’re cooped up and we can’t let you out of our sight.’”

With his children now going out into the world, LeBar said, he’s excited for the next chapter in his life. Still, there’s a piece of him that was sad to leave the post office for the last time.

“On Friday when I left, it was kind of a sad day,” he said. “I thought, ‘This is the end of the road for us.’ It was a run for a long time, not that we were something great. People that knew my dad would tell me, ‘Your dad ran circles around you.’ My dad was quite a worker from what people told me, and that doesn’t surprise me. Dad did everything 150 percent. He was a very hard worker.”

And by the sounds of it, Tim was, too. Tim’s last day with the U.S. Postal Service was Nov. 3.