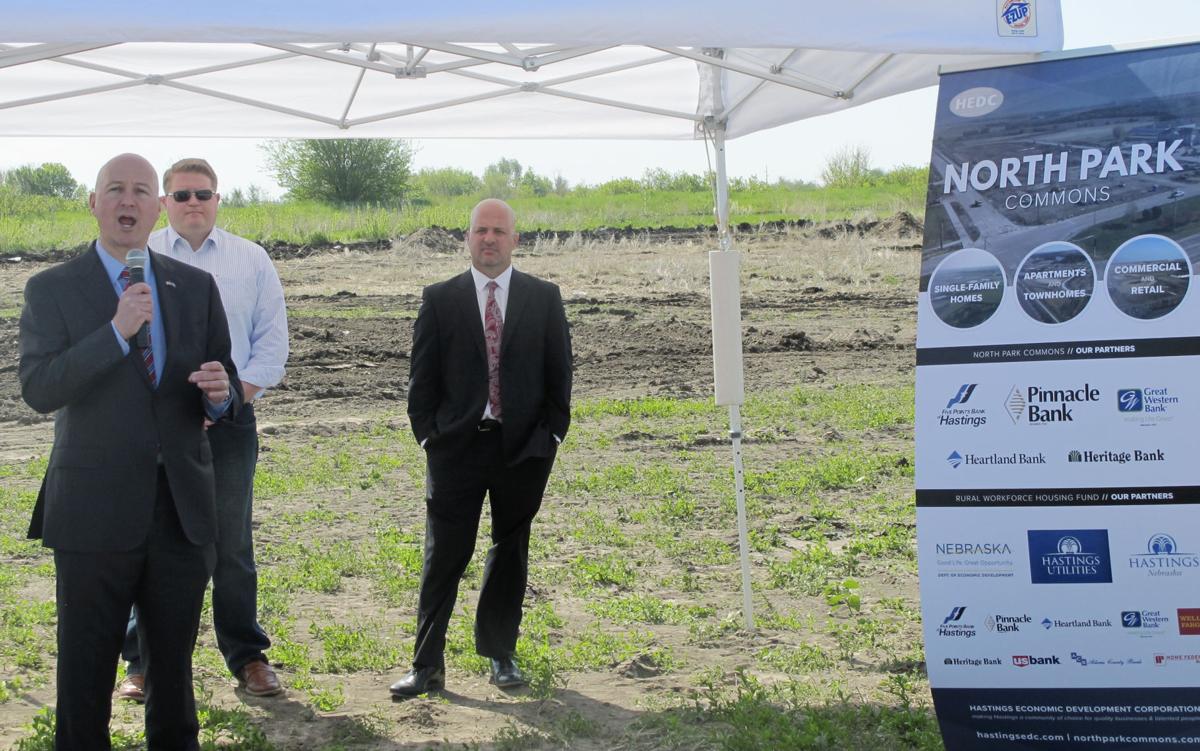 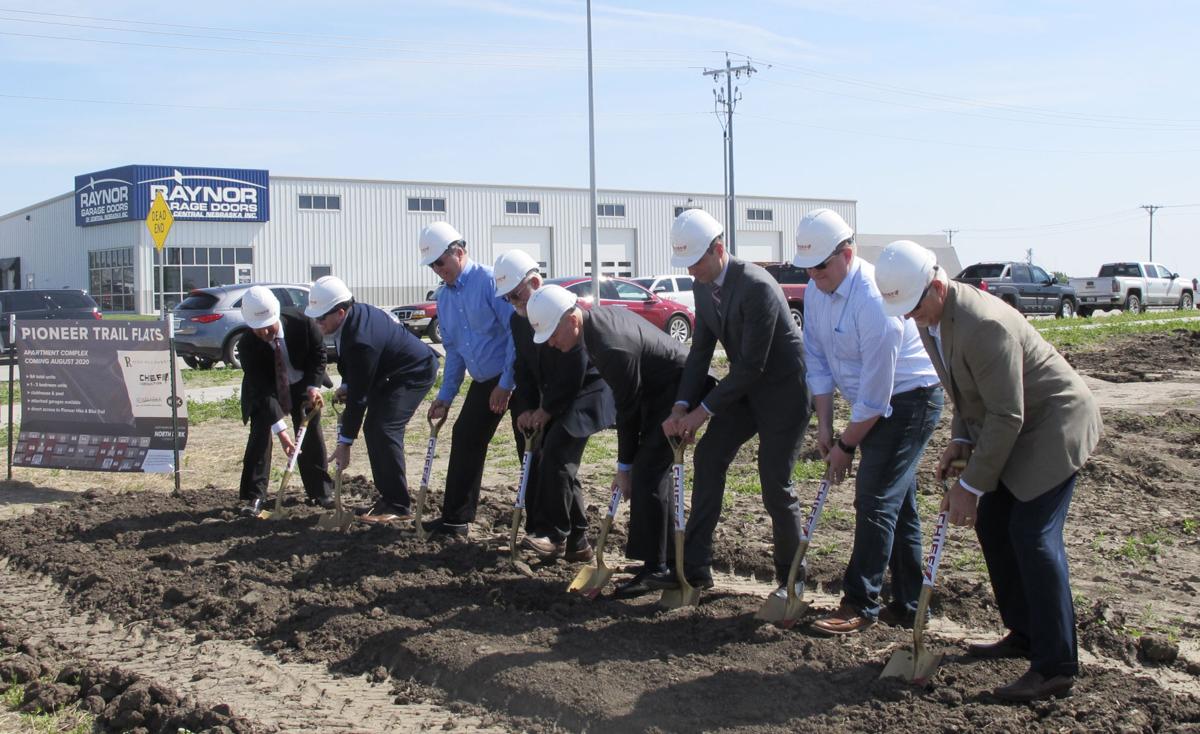 It’s with an eye on building the local workforce that the start of a pair of housing projects in North Park Commons was celebrated Thursday morning.

Several dozen people were on hand for the official groundbreaking for the Pioneer Trail Flats 84-unit apartment complex and Osborne View Estates residential townhouses — both within the North Park Commons 93-acre footprint in north Hastings.

“Workforce in general is hands down the largest challenge we face as a community and as a state,” said Michael Krings, executive director of the Hastings Economic Development Corp. “We need to take a proactive approach as a community to deal with that. Housing is a big, big part of that.”

He credited former HEDC executive director Dave Rippe and the HEDC board of directors for having the foresight to put the North Park Commons plan in action, purchasing the ground in 2017.

“I think we need to give credit to Dave and the board and everybody who saw an open field and said ‘This is how we are going to fix some of the challenges we are facing in our community,’ ” he said.

Pioneer Trail Flats and Osborne View Estates both have benefited from Hastings’ $850,000 share of Rural Workforce Housing Development Funds from the state of Nebraska.

LB518, passed by the Nebraska Legislature in 2017, established the Rural Workforce Housing Investment Act with a $7 million fund.

“You all have taken the ball and run with it,” Gov. Pete Ricketts said.

He was on hand for the groundbreaking to promote the Rural Workforce Housing Investment Act.

“What this shows is that you here in Hastings understand the importance of workforce housing, that you want your community to grow,” he said. “You are laying the plans for the future to make that happen.”

Krings thanked developers of the two North Park Commons projects for which ground was broken Thursday. Perry Reid Properties based in Lincoln and Chief Construction based in Grand Island are building the Pioneer Trail Flats, which will be just off the newly constructed East 31st Street and west of the Pioneer Spirit Trail.

“This project, just like Osborne View Estates, was one of the foundations of this idea that everybody had many years ago,” Krings said. “This is an 84-unit apartment complex. I think it’s amazing because right behind those trees is the trail. If you’re a Hastings College student and you want to stay in these apartments you can jump on your bike right behind the buildings here and be on campus in a few minutes.

The rental market in this community is in dire need of more units.”

He said the 123 beds within the 84-unit complex will go a long way toward meeting the community’s housing need.

“The key thing here is we can do a lot at the state, but it all comes down to the people in the community who are willing to work hard together to make projects like this happen,” he said. “These projects don’t happen by accident. They happen because you’ve got groups of folks who work together to make it. So congratulations to the city of Hastings. You all are working quickly to take advantage of those dollars and turn it into real housing units that will work to grow your community.”

The collaboration of North Park Commons will benefit everyone involved, Krings said.

“When it’s all said and done, all of you involved in these projects, I hope you kick butt,” he said. “I know you will.”

Ground to be broken soon on North Park Commons apartments

The partners involved in the 84-unit apartment home development recently announced plans to break ground on the Pioneer Trail Lofts.