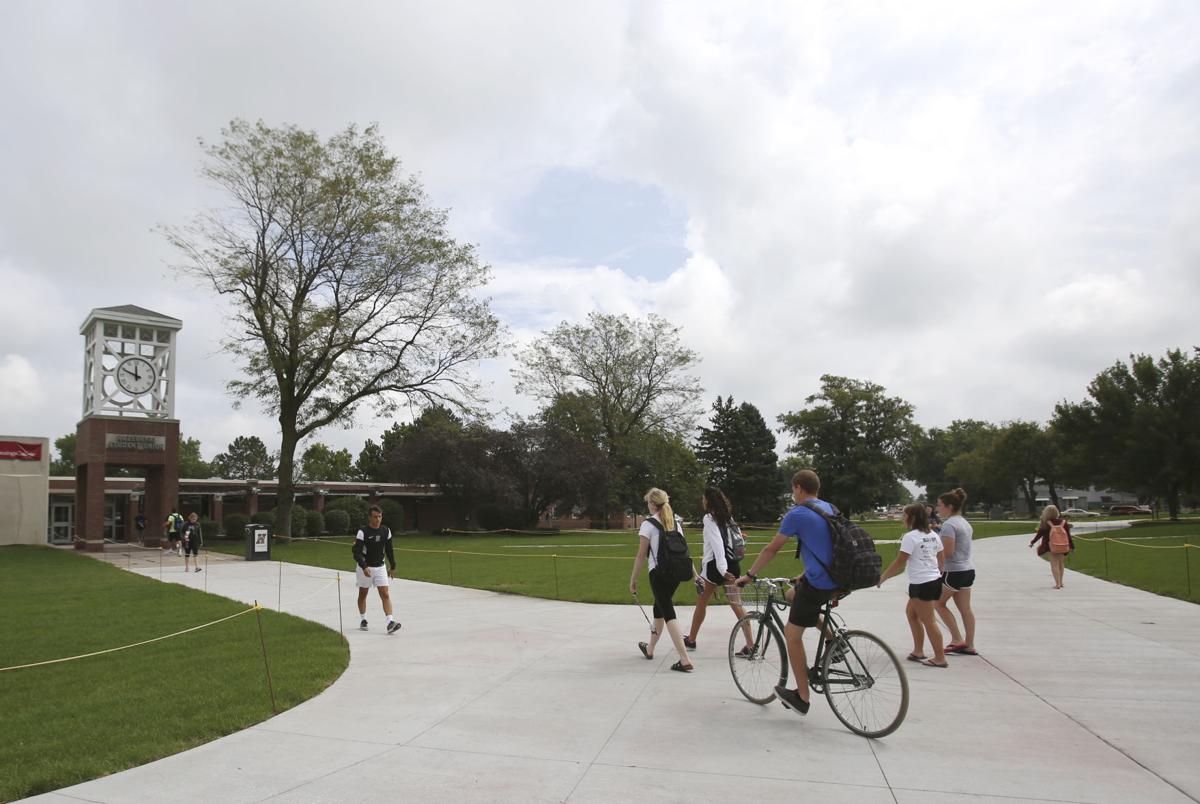 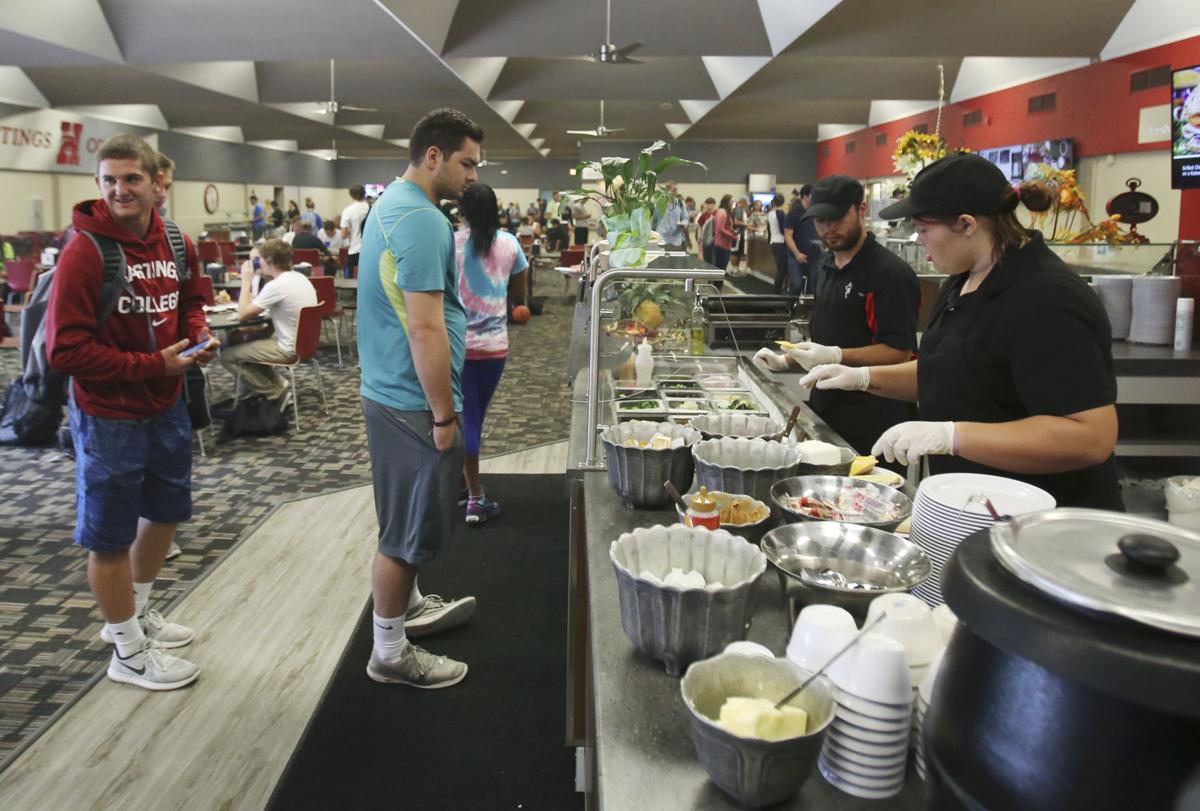 Hastings College students wait in line at the deli counter in the newly renovated cafeteria Wednesday.

Hastings College students wait in line at the deli counter in the newly renovated cafeteria Wednesday.

When Hastings College students arrived on campus a week ago, they were greeted with a number of new and improved aspects of campus.

During the summer months, the Hastings College campus underwent a major facelift, starting with the completion of the new, state-of-the art Jackson Dinsdale Art Center.

The 25,000-square-foot building became the new home of the art department and comes with a number of impressive features, including expanded studios for glass blowing, painting, sculpture production, printmaking, printing and ceramics, along with a larger art studio and space for community members to watch glass blowing.

Though the art center has been the most publicized campus project, it’s far from the only improvement the administration set out to make.

Hastings College also added the Steinhart Plaza, which required the closing of a block of Ninth Street. Equipped with new sod and a winding sidewalk, the plaza is expected to be a unifying point on campus.

The college also made major changes to its Hazelrigg Student Union, specifically within its dining hall services.

The dining hall was redesigned and a new food provider, Fresh Ideas, was selected to bring a new innovative menu, in hopes of bringing “higher quality and fresher foods” to campus.

A grill area also was transformed from an add-on cafeteria into what is now known as the Crimson Club, which will serve as a restaurant-style dining option with rotating, monthly themes. Changes also were made to the Bronco Blend coffee shop, which now will serve Starbucks coffee, along with a number of other options.

Although students have only spent a week on campus, the feedback on the flurry of changes seems to be positive thus far.

For sophomore Waylon Roberge, the construction of the new JDAC building has been an especially impactful addition to campus life.

Roberge, a studio art major, is hopeful the new center will allow students to showcase their work better and interact more with the rest of the community.

“Being in Kiewit, there just wasn’t much space for a classroom and the glass studio. It was hard getting through the building,” he said. “So with the new building, it’s just more spacious and it’s easier to get your art in and out. The people who were here last year will take advantage of that space.”

Senior Cody Newlun admits that he has been pleasantly surprised by the changes in the dining hall and believes the improvements could prompt more students to opt for more on-campus food options.

“I feel as though the new food provider designed the cafeteria to facilitate the changes they made,” he said. “They have also enhanced their food quality and options for students, which is really nice for students’ busy schedules.”

After all the time, energy and funds invested in the campus improvement projects, Hastings College is hopeful the upgrades will make the school more attractive for prospective students.

For Newlun, all the effort shows that the college is serious about making the campus the best it can be.

“I do believe the renovations will be more attractive to prospective students,” he said. “Because having an appealing campus with amenities that make it feel like home is a factor that the students and their families take into account.”