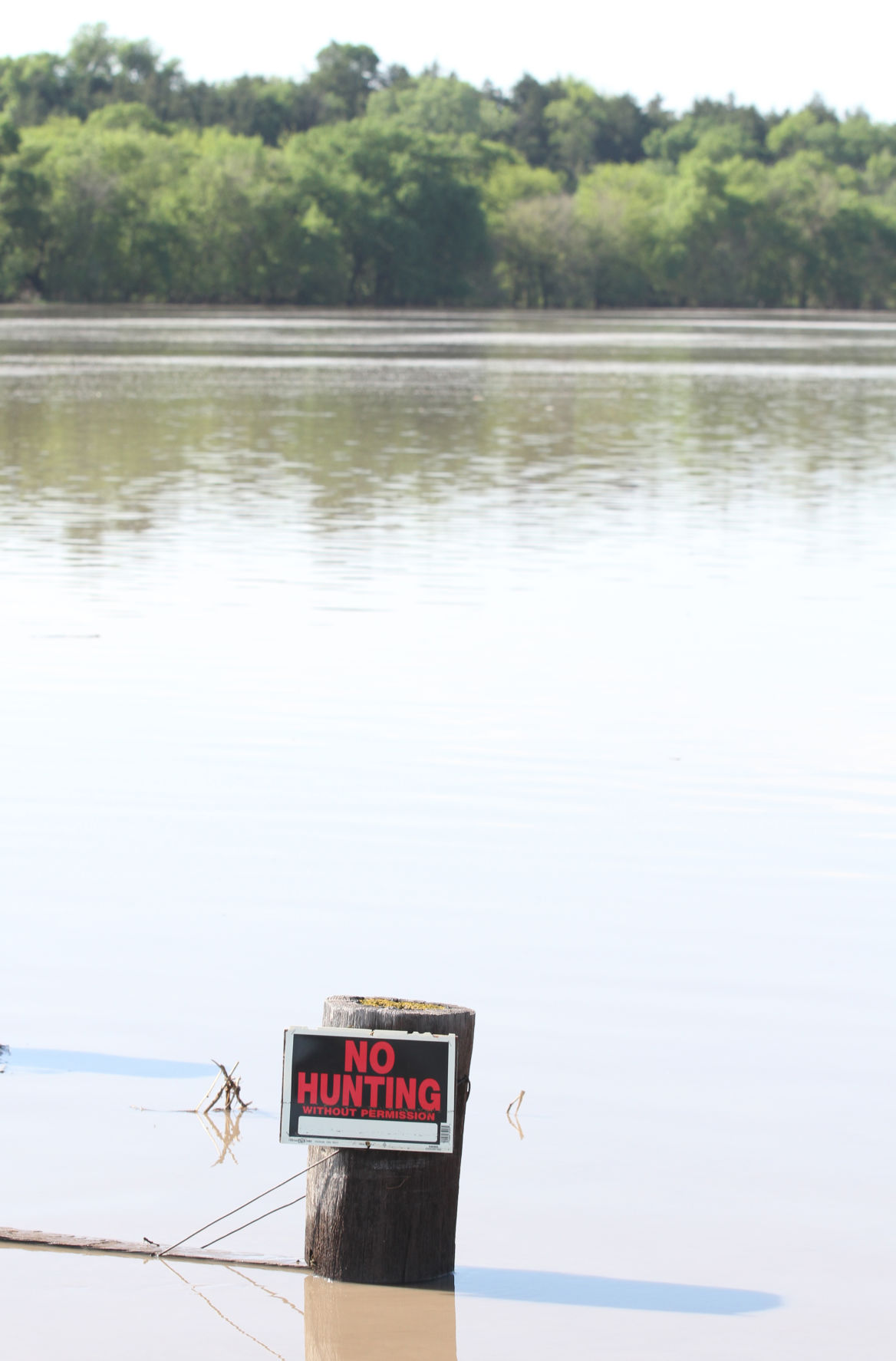 A post with a “no hunting” sign sticks out of a flooded field along Powerline Road north of Bladen Saturday. 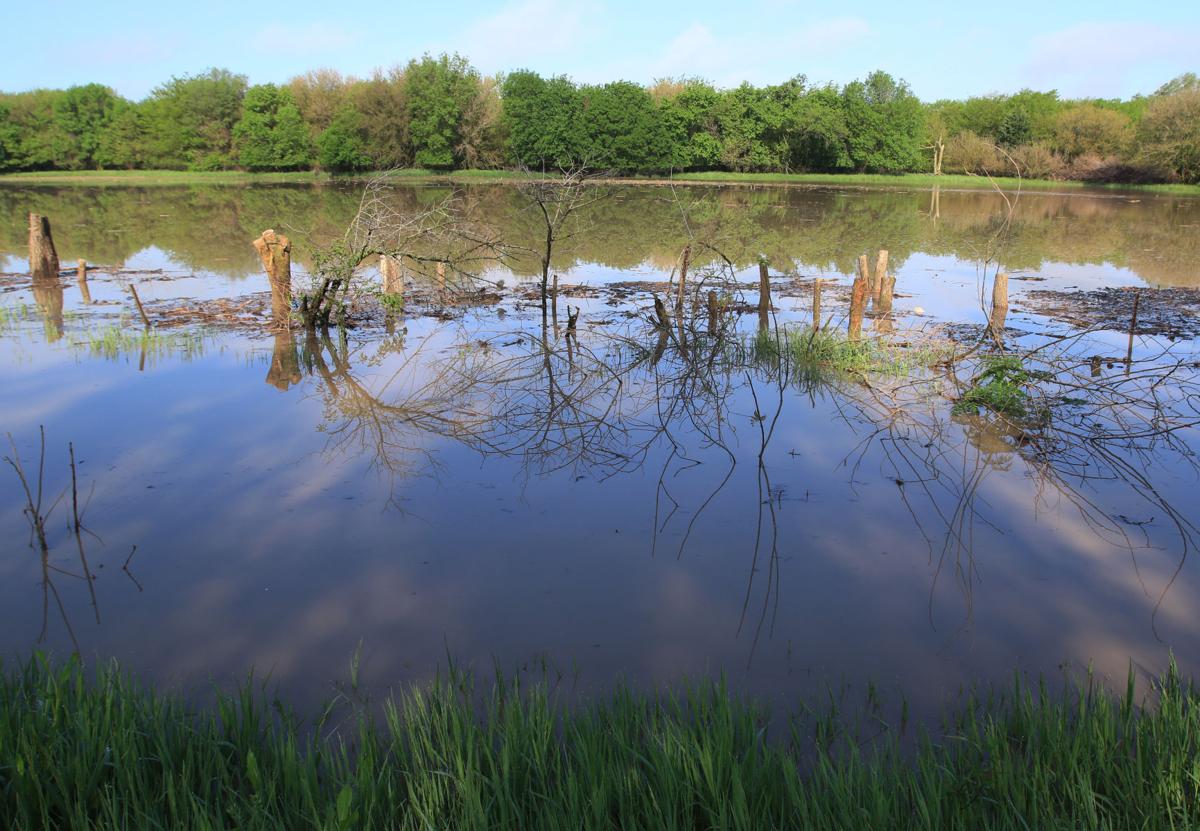 A field is flooded north of Ayr Saturday. 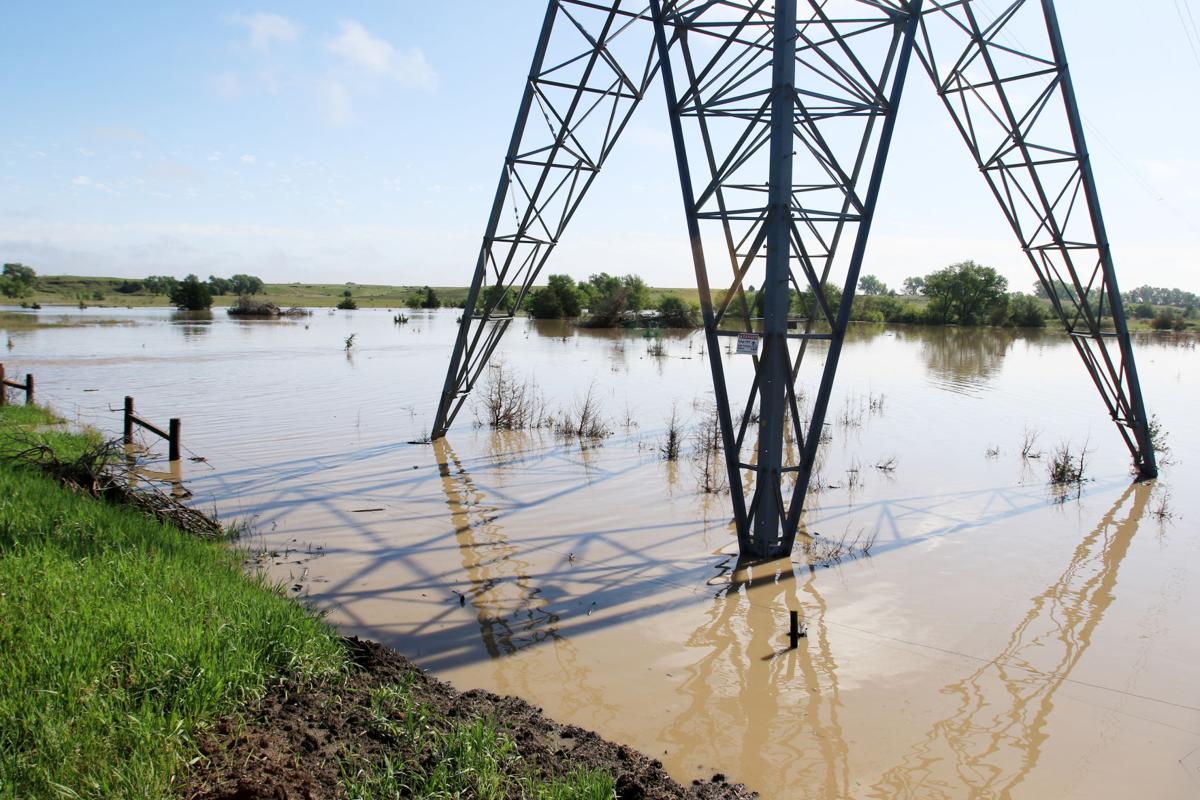 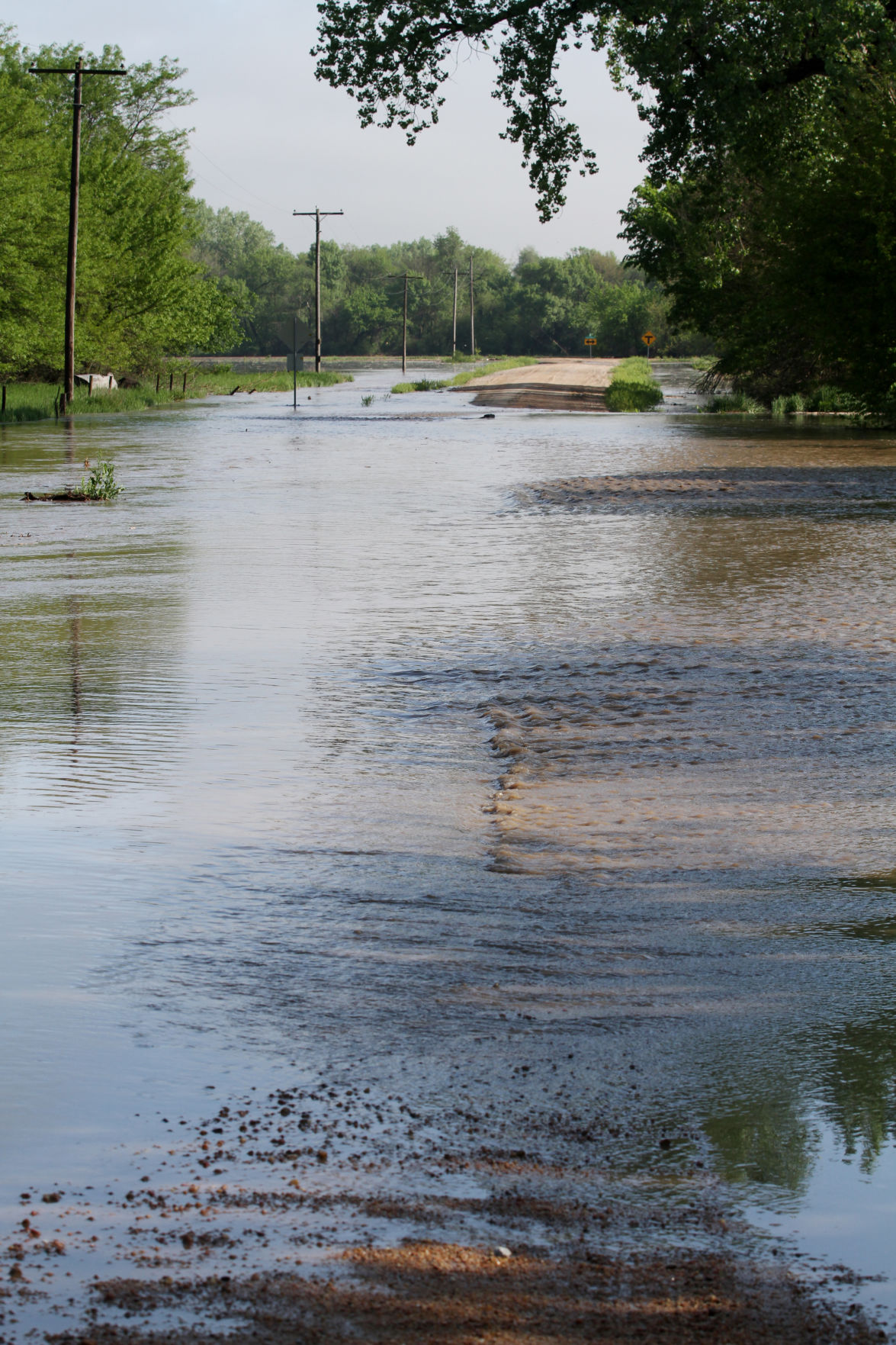 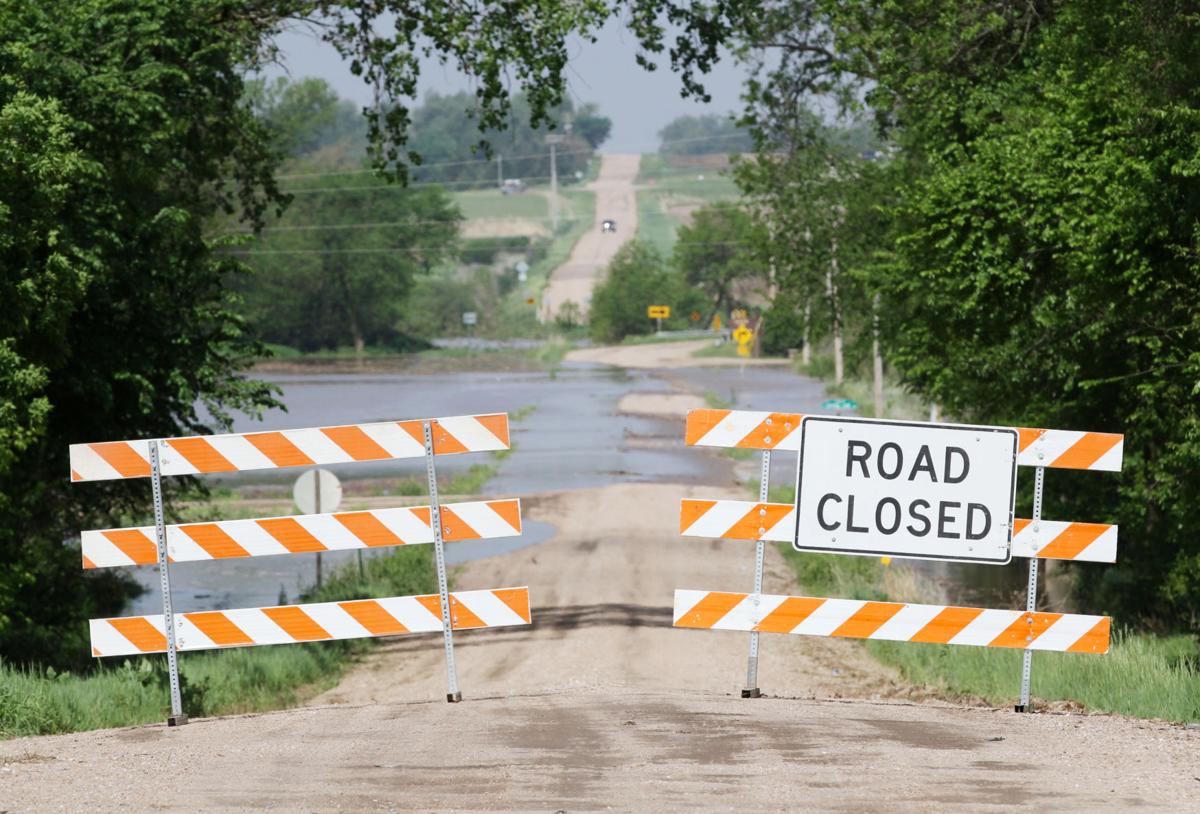 Heavy rains across a wide swath of Adams County throughout the day Friday caused significant damage to roads and sent the Little Blue River out of its banks, Adams County Emergency Management reported.

Unofficial rainfall reports include nearly 8 inches of rain north of Bladen and 6 inches at Holstein.

No damage to structures was reported, although the Holstein fire department sandbagged a residence and a sewer riser, Emergency Manager Ron Pughes said in a news release.

As of 6:30 p.m., the Little Blue River was out of its banks at Pony Express Avenue and Crystal Lake and was continuing to rise.

At around 4 p.m., nearly 25 campers were evacuated from the Crystal Lake campground north of Ayr, with heavy equipment needed to pull some of the rigs to safety. The Hastings Rural Fire Department assisted with the operation, Pughes said.

Numerous roads had water crossing them Friday evening, and severe surface damage has occurred in many areas.

Adams County roads crews worked throughout the evening placing barricades to warn of road closures. The county did not have enough barricades available to properly mark all the closures, and motorists should use caution on all roads south of 12th Street and watch the flags on the shoulders that indicate where water has crossed roads, causing surface damage and erosion.

Motorists should not drive around barricades, the county officials said.

Adams County Emergency Management had not evacuated any residents as of 8:30 p.m. Friday, and no structural damage to personal property had been reported.

Everyone is asked to remember that water moves swiftly in ditches, creeks and rivers, and no one should attempt to go into the water at this time, Pughes said. People also are urged to stay out of standing water, and motorists should not attempt to drive through water crossing a roadway.