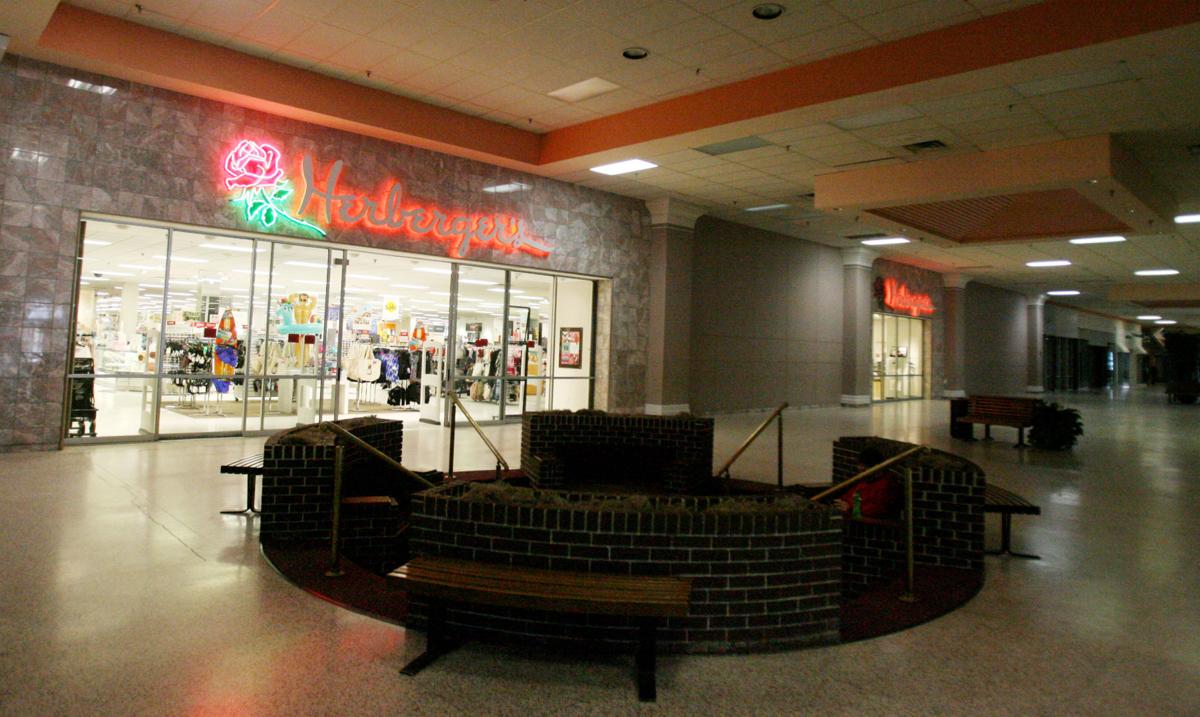 Bon-Ton announced it is closing its chain of department stores which includes Herberger's in Hastings. 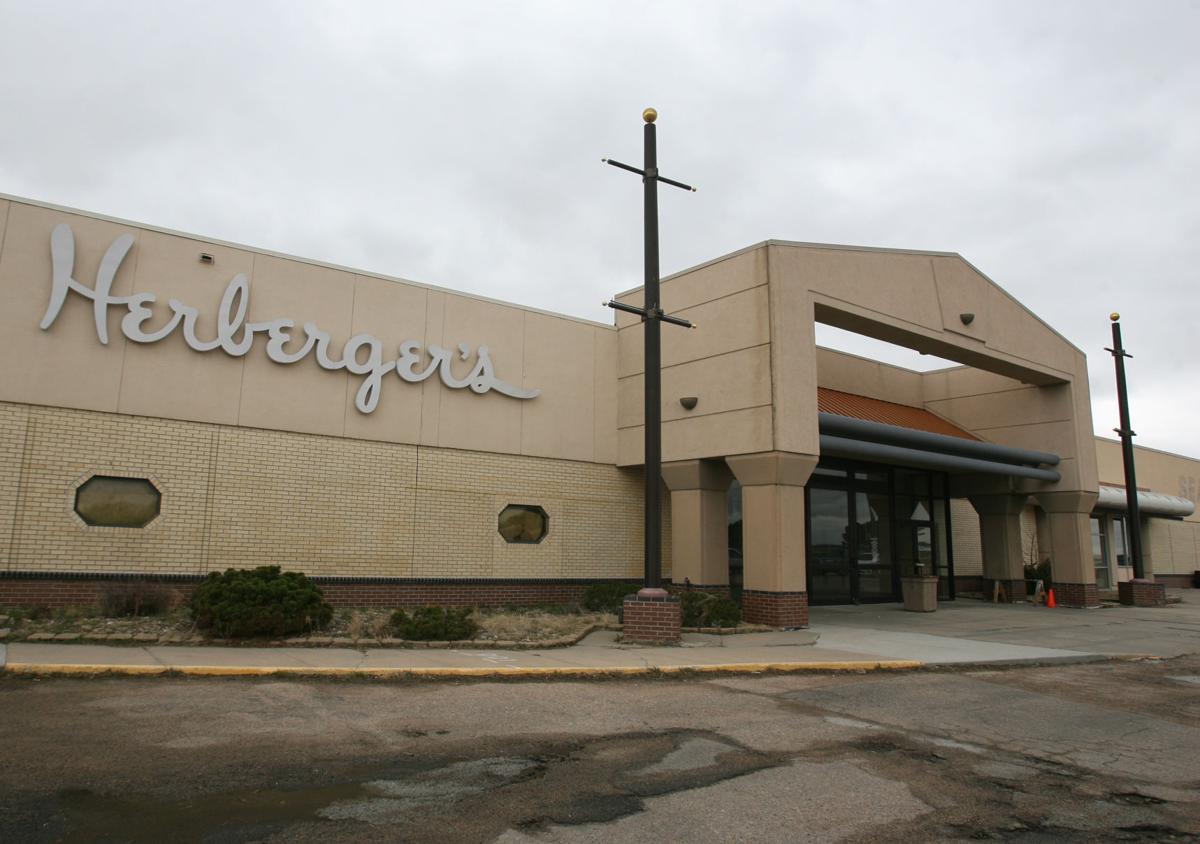 Herberger's, the last remaining retail store in the Imperial Mall, closed its doors in 2018

Bon-Ton announced it is closing its chain of department stores which includes Herberger's in Hastings.

Herberger's, the last remaining retail store in the Imperial Mall, closed its doors in 2018

News that Hastings’ Herberger’s department store soon will close, the victim of a corporate bankruptcy liquidation, was described Wednesday as a blow to the community that will refocus leaders’ efforts to shore up local retail offerings.

Herberger’s, a longtime anchor in the Imperial Mall and its only remaining retail merchant, reportedly employs about 40 workers in Hastings. Liquidation activities are expected to begin almost immediately.

“It’s a sad day for retail,” said Mayor Corey Stutte, who also serves as chairman of the Retail Development Committee for the Hastings Area Chamber of Commerce.

In a news release Tuesday, Herberger’s parent company, The Bon-Ton Stores Inc., announced that an auction for the company’s assets had been conducted, and that the winning bidder intended to liquidate the entire chain, which also includes Younkers, Bon-Ton, Bergner’s, Boston Store, Carson’s and Elder-Beerman stores.

The winning auction bid came from a joint venture composed of certain Bon-Ton Stores creditors, Great American Group LLC and Tiger Capital Group LLC. A hearing by the bankruptcy court to approve the sale and wind-down of the company’s operations was scheduled for Wednesday.

“While we are disappointed by this outcome and tried very hard to identify bidders interested in operating the business as a going concern, we are committed to working constructively with the winning bidder to ensure an orderly wind-down of operations that minimizes the impact of this development on our associates, customers, vendors and the communities we serve,” said Bill Tracy, The Bon-Ton Stores’ president and chief executive officer.

“We are incredibly grateful to all of our associates for their dedicated service to Bon-Ton and to our millions of loyal customers who we have had the pleasure to serve as their hometown store for more than 160 years.”

The Bon-Ton Stores Inc. have headquarters in York, Pennsylvania, and in Milwaukee. The company operates 250 stores in 23 states in the Northeast, Midwest and Upper Great Plains.

On Feb. 4, Bon-Ton and its subsidiaries filed voluntary petitions for a court-supervised financial restructuring under Chapter 11 of the federal bankruptcy code.

Stutte said he understood the Hastings Herberger’s location was a successful business despite the current challenging environment for bricks-and-mortar retailers nationwide. But he said attracting another retailer to come in and fill the void Herberger’s leaves behind might be a tall order.

“From my understanding it was a profitable location for them,” Stutte said. “It was a combination of their low lease rates, plus the volume of sales that they had that made them successful. There’s a market there for that type of retailer in Hastings and I still think there’s a market for a brick-and-mortar retailer here in Hastings that would be able to answer a lot of that. The question comes down to ‘Is there a lot of movement on the national level for these kinds of retail stores coming into communities right now?’ Probably not. You’re not seeing any new Dillard’s or J.C. Penney or any of those kinds of stores opening. What you’re seeing is a lot more movement on the entrepreneurial end with new businesses opening up.”

Tom Hastings, president of the Hastings Area Chamber of Commerce, said the chamber is disappointed to see Herberger’s leaving the community and wants to assist the workers who will be adversely affected by the change.

“From our perspective the first thing we’re going to look at is what we can do to help the people that are working there right now,” Hastings said.

The Retail Development Committee will continue looking at ways to bring other retail businesses into the community, he said.

“We have been looking at that, but this puts it more on the front burner than what it has been,” Hastings said.

“They were a destination store here, and they were doing well here,” he said. “The closing and the decision made by Bon-Ton is not reflective of what was going on out here at Herberger’s because I believe Herberger’s was doing pretty good business here.”

Hastings said while Herberger’s may never be replaced, he hopes another retail business might be attracted to help fill the void.

“They will look at the fact there was a store here, and ‘they were doing well; maybe we should consider the Hastings market,’ ” he said.

Cheri Beda, who has lived in Hastings for six years, told the Tribune on Wednesday that the loss of Herberger’s will be a bitter pill to swallow.

“I feel that Herberger’s closing is a big loss for the community, especially those of us who live on the west side,” Beda said. “The loss of Kmart and now Herberger’s leaves a void. It was my daughter’s first job, and you could get just about anything there. I am sure all of my small kitchen appliances came from Herberger’s and many of my children’s clothes. I did the majority of my Christmas shopping there and looked forward to the Goodwill sales.

“As someone who is fairly new to the area, it has been hard to watch the remaining retail and movies dwindle to nothing on the west side.”

A Tribune reporter who visited Herberger’s at the Imperial Mall late Wednesday morning said the store appeared to be conducting business as usual. But liquidation activities may begin within days, and local vendors already are receiving notifications about the pending sale of The Bon-Ton Stores’ assets to the creditors who reportedly will see all stores shut down.

The Hastings closure would leave the beleaguered Imperial Mall with just a small handful of remaining tenants, some of which are nonprofit in nature. The Napoli’s Italian restaurant on the east side of the mall is a popular eatery.

“I think it’s time that we do start to work with the businesses that are out there to discuss what their options might be and figure out a way ahead for them,” said Stutte, the mayor and chamber Retail Development Committee chairman. “Obviously, many of them are concerned. We want to make sure we’re able to keep them here in Hastings, and hopefully they’ll be able to continue to thrive. Obviously it’s a concern for our community, the loss of Herberger’s and especially the jobs. I think there are about 40 employees out there, and that’s something we need to be concerned about.”

He said when city officials heard about the liquidation on Tuesday they worked with the chamber, Hastings Economic Development Corp., Nebraska Department of Labor and YWCA of Adams County to talk about putting together a resource fair for the displaced employees.

Stutte said he foresees agencies and organizations from throughout Hastings pulling together to help the community and remaining mall tenants weather the adversity.

“The Retail Development Committee will probably have an important part, especially on the retail restaurant side of that,” Stutte said of helping businesses in mall look at other locations. “Then I think it’s bringing together the resources of the city, whether it’s the CRA (Community Redevelopment Authority) or HEDC to talk about what options for space there may be throughout the community.”

The mall’s fortunes have dwindled in recent years. Closure of the Kmart store in August 2016 was the most recent previous blow to the retail landscape there. The mall has been owned by Namdar Realty Group, a New York company, since 2015.

“It’s a tough situation,” Stutte said. “Obviously the mall is not in the shape it was 10 years ago. There hasn’t been a lot of investment in the structure itself or the property itself. We need to figure out a way to help these businesses move forward. I anticipate we’ll be setting up some meetings with some of those businesses in the near future.”

City officials already have talked about conducting a study to look at the future of the mall property and surrounding properties.

“I think it’s important we put together some potential options for what that property could be in the future, whether the buildings remain or not,” he said. “This is something we need to do as a community to figure out exactly what those might be. I’ve spoken to a few developers locally that may be interested in the property, but as of the way it’s sitting right now, I don’t see Namdar’s price point to be where it needs to be for a local group to buy it. That will likely change, I would imagine, as we move forward. Having this study done for when they are interested in selling the mall is something we need to move forward on.”

A representative of Namdar Realty Group didn’t return a message from the Tribune seeking comment Wednesday.

Herberger’s has been a major part of Hastings’ retail community since 1982, when it moved into the Imperial Mall location previously occupied by J.M. McDonald, a key Imperial Mall tenant from the mall’s opening days in 1970. The Herberger’s store underwent a major expansion in 1992.

Shayne Raitt, manager at Computer Hardware and member of the Hastings Area Chamber of Commerce’s Retail Development Committee, said that the committee members had heard of the looming trouble for Herberger’s and had been discussing ways they could help the store for months.

“We wanted to find ways to make it better for them,” he said. “We were looking for other property in town, and were going to approach them about it. We never got that far because we thought they were pretty safe. They are one of the higher profitable Herberger’s in the chain.”

During the last 10 years, Raitt said, national chains haven’t generally been looking at expansion. For that reason, he said, the committee had shifted its focus away from larger chains and tried to attract more small-business owners.

But without Herberger’s there will be a void in Hastings, Raitt said. He said Herberger’s attracts customers from a wide area and generates a lot of extra shopping traffic in town.

Raitt said bricks-and-mortar businesses are here to stay, but their operations must coincide with online retailing as young people become more used to shopping on the internet.

He said it will be the job of the retailing development committee to remind residents to support small businesses.

“That is the message our retail committee is going to be promoting: If you want a retailer to be around, you have to support them.”

“It’s sad to see some of these stores that have been around for so long going away,” he said. “Hopefully we’ll be able to find new opportunities that will help fill the void.”

Workshop to look at future uses for mall-area properties