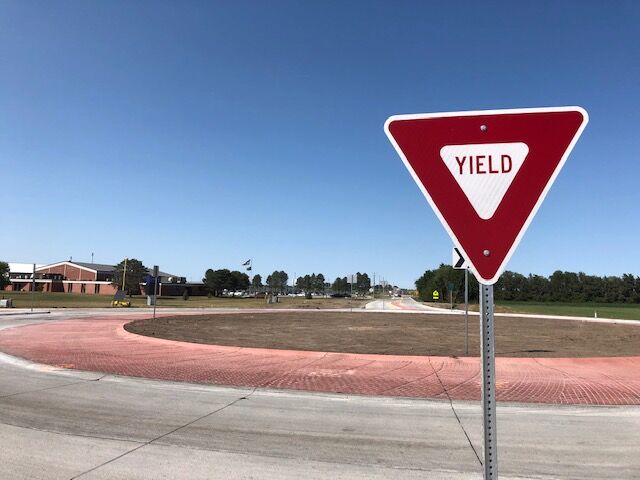 The roundabout at the intersection of Adams Central Avenue and U.S. Highway 6 opened in all directions Monday. 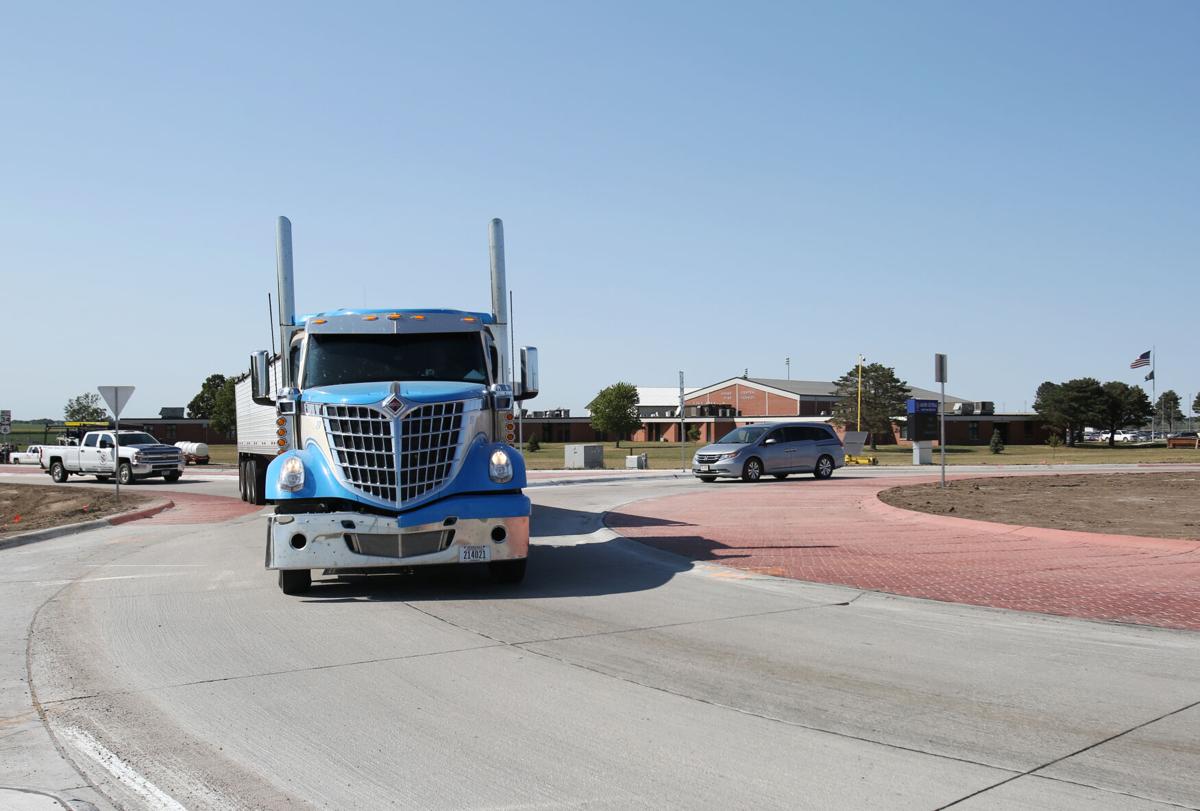 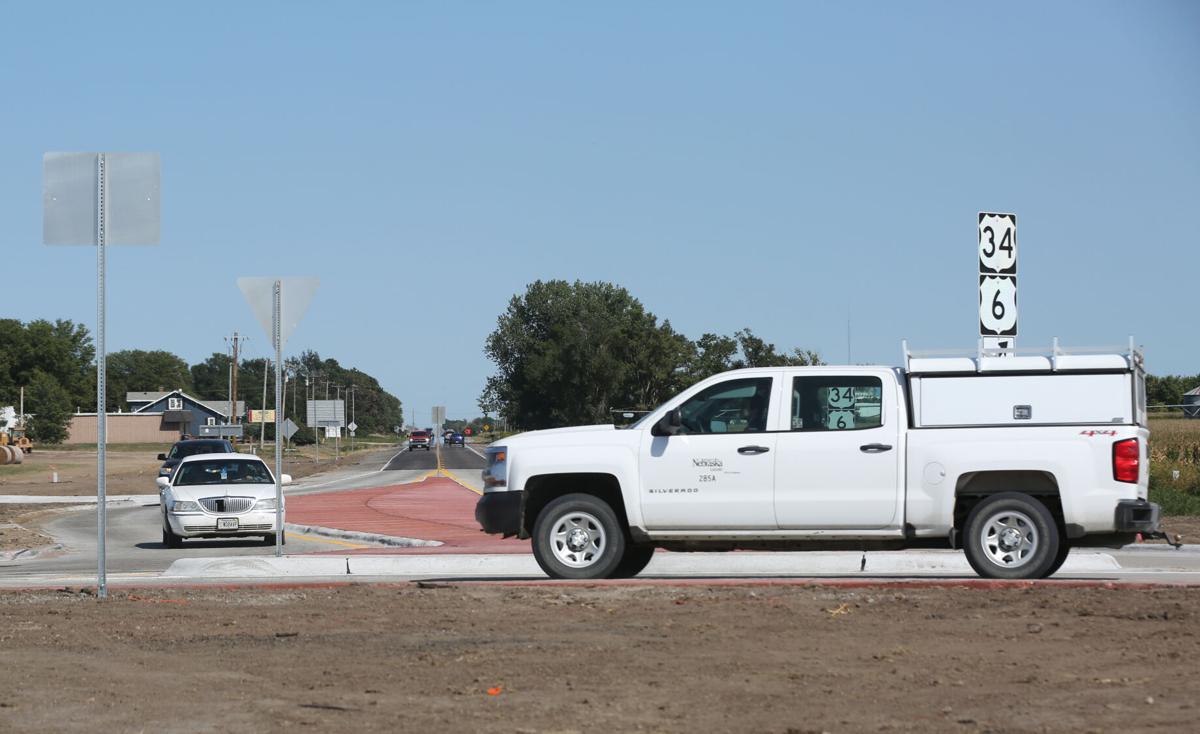 West-bound traffic yields to a truck in the roundabout on U.S. Highway 6/34 and Adams Central Avenue Monday. 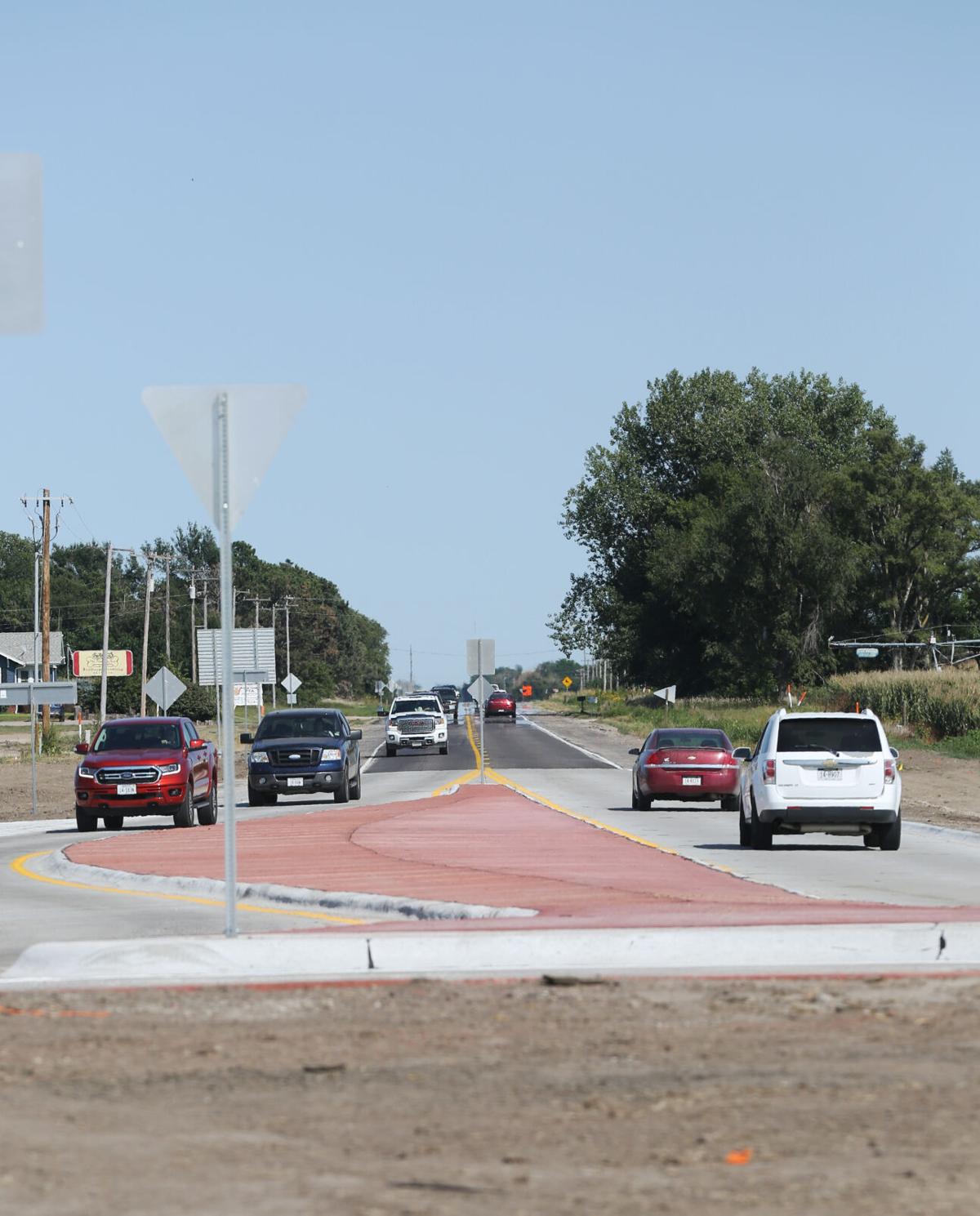 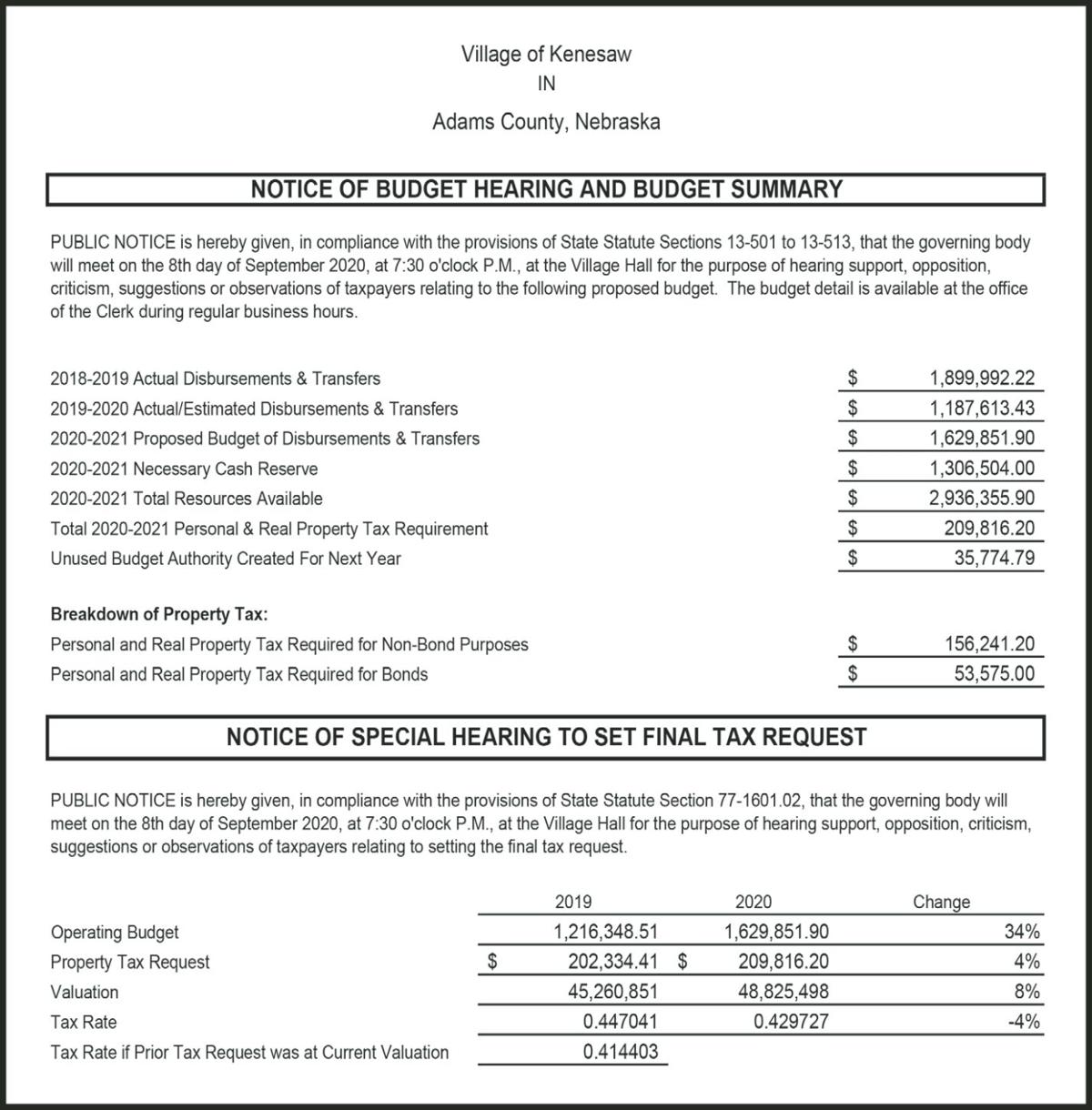 The opening occurred during the day on Monday.

One of the advantages of a roundabout is that it doesn’t stop traffic like a stop sign or a red light would. If a roundabout is empty, you don’t have to stop before entering. However, that does mean that you must exercise extra caution on approach and make sure that it is completely safe before entering. Slow down when you are approaching a roundabout, and if the way is clear, then you can proceed. Give way to vehicles already on the roundabout

The first — and most important — rule of a roundabout is that you give way to vehicles that are already occupying it. Just as you would when entering a regular road, you must wait until there is sufficient space to enter the roundabout.

When two or more vehicles approach a roundabout at the same time, you must give way to the vehicle to the left. Otherwise it is first-come, first-served.

One of the most common mistakes that people use on roundabouts is signaling incorrectly, or not at all. When used properly, signals can be an excellent way to increase safety and convenience on a roundabout by letting those around you know of your intentions. A good rule of thumb is to always signal immediately before your exit, using your right indicator, just as you would when turning.

Correct indication on a roundabout goes as follows:

For staff, parents and students in the Adams Central School District, the opening has been a long time coming.

Since the fall semester began on Aug. 12, the only access to the Adams Central Junior/Senior High School and Adams Central Elementary School had been from the north on Adams Central Avenue.

Contractors initially hoped to have the intersection open for traffic by the first day of school. But in the beginning of August, the Nebraska Department of Roads announced the intersection wouldn’t open until Labor Day weekend.

Superintendent Shawn Scott said it’s been problematic to only have one way to access the school and it will be good to have access from the highway again.

“It’s good to have it open early,” he said. “It wasn’t ideal for the beginning of school.”

To try to reduce congestion, the school delayed the start and finish times at the elementary school across the road from the junior-senior high.

With the intersection now open, Scott expects the hours at the elementary school to revert to the original times on Wednesday.

Despite the problems posed by the delays, he said, he is glad the Department of Roads agreed to take on the project.

“That intersection is a lot safer now,” he said. “I think it will prove a good thing for our students and parents.”