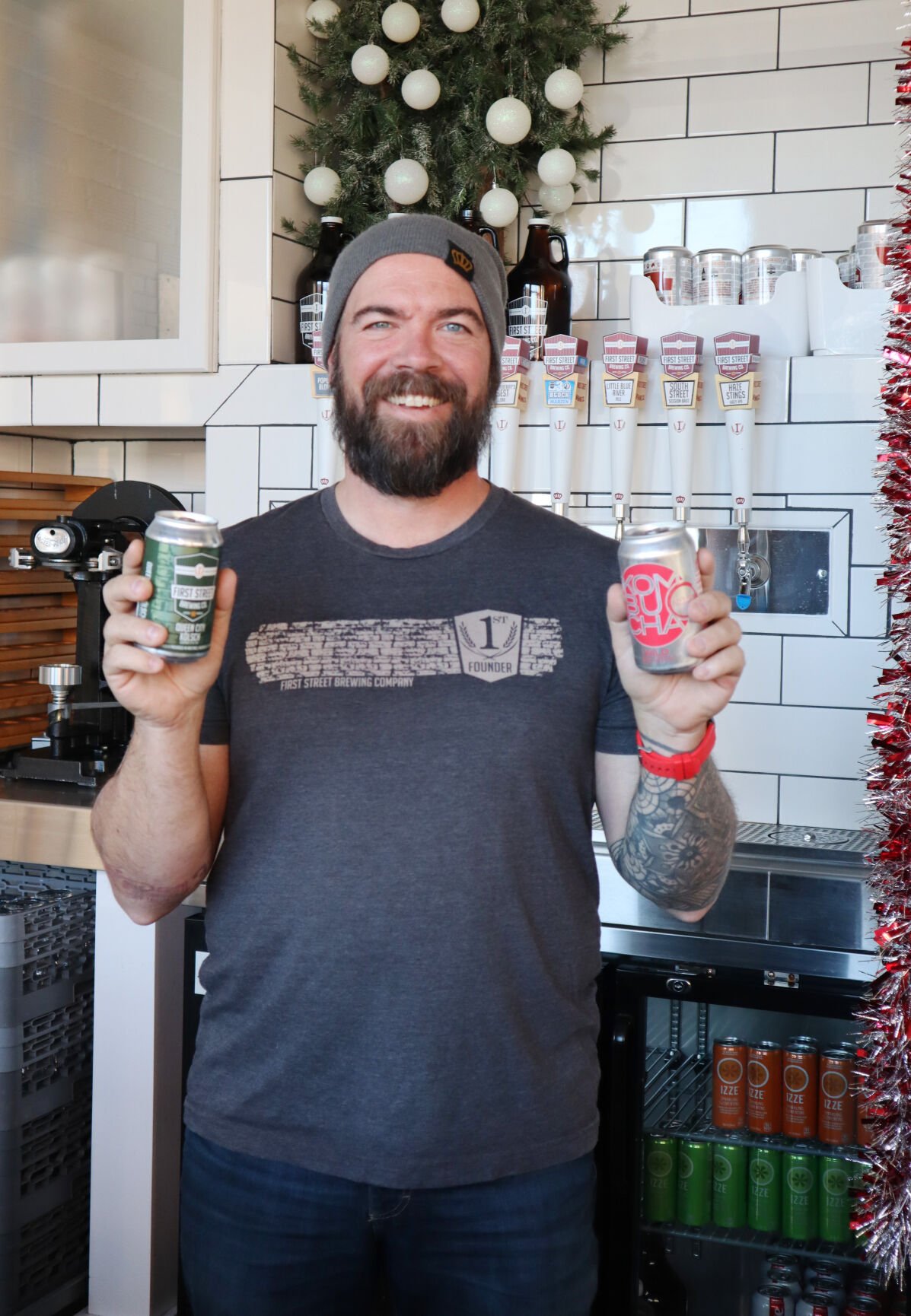 Nathan Hoeft, owner of First Street Brewing Company, holds a can of beer and a can of Ensign Kombucha in the tap room Nov. 25. 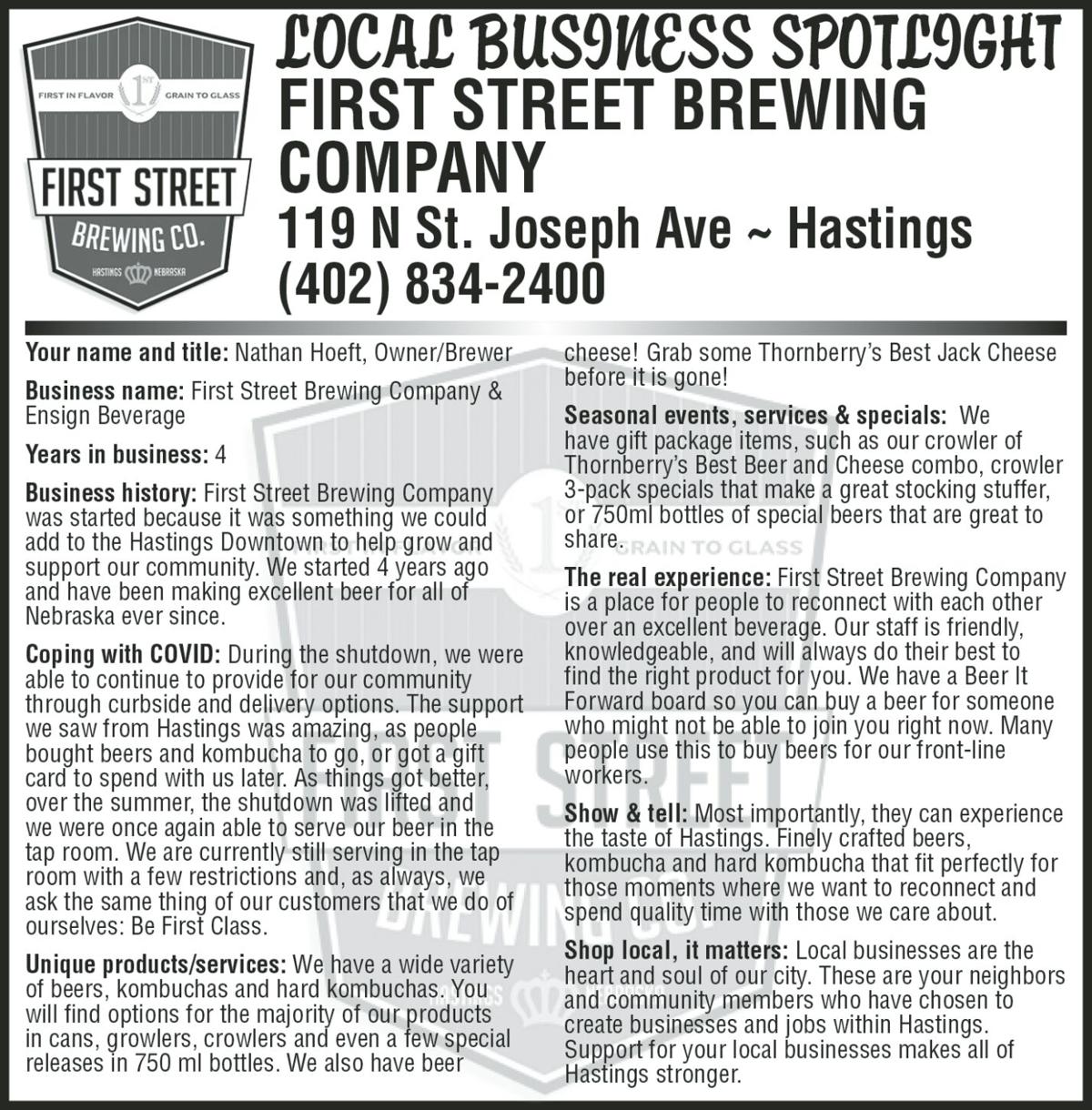 Ever since opening their doors in 2016, Nathan and Jessi Hoeft have worked to serve their community through First Street Brewing Company.

At 119 N. St. Joseph Ave., they produce beer under First Street Brewing Company and non-alcoholic beverages, namely kombucha, which is a fermented tea, under Ensign Beverage.

Nathan grew up in Orlando. He then went to Nashville to continue his education, and he stayed there for 15 years afterward.

Meanwhile, Jessi grew up in Nelson.

“When Jessi and I met, we always joked that if for some reason we moved to Nebraska we would go to Hastings,” he said, adding that they always thought Hastings had a unique atmosphere.

In 2012, their joke turned into a reality when they made their way to Hastings.

Having lived in two big cities, Nathan was nervous at first, but that didn’t last long.

He quickly fell in love with how comfortable it was, how much easier it was, and how many different perspectives there were in Hastings.

Nathan and Jessi were eager to add their own touch to Hastings, so they opened First Street Brewing.

When the Hoefts first moved to Hastings, Jessi quickly became involved with the community, but it took a little longer for Nathan to settle in and get involved, as well.

He found that through First Street he was able to start connecting to the community himself. For the two of them, being a community partner is what running a small, local business is all about.

They feel their business gives people a nice, friendly place to gather for relaxation and to have a conversation over one of their beverages.

One of the company’s newest beers, the Quiet Zone Quad, is available in a large-format 750 ML bottle.

As the largest producer of kombucha in Nebraska, the company also offers a wide selection of unique kombucha flavors.

The fermentation process of kombucha is said to create healthy components like B vitamins, gut-healthy probiotics, organic acids and antioxidants.

First Street also is offering limited quantities of Thornberry’s Best Jack Style cheese, which was produced in combination with a local aspiring cheese maker at the University of Nebraska-Lincoln’s dairy program.

Nathan urges the Hastings community to shop at home this holiday season to keep dollars in Hastings with the locally-owned businesses that give back to the community.

Nathan said that since the day he and Jessi “poured the first beer,” the community has been a big part of why they chose Hastings to be the home for their business.