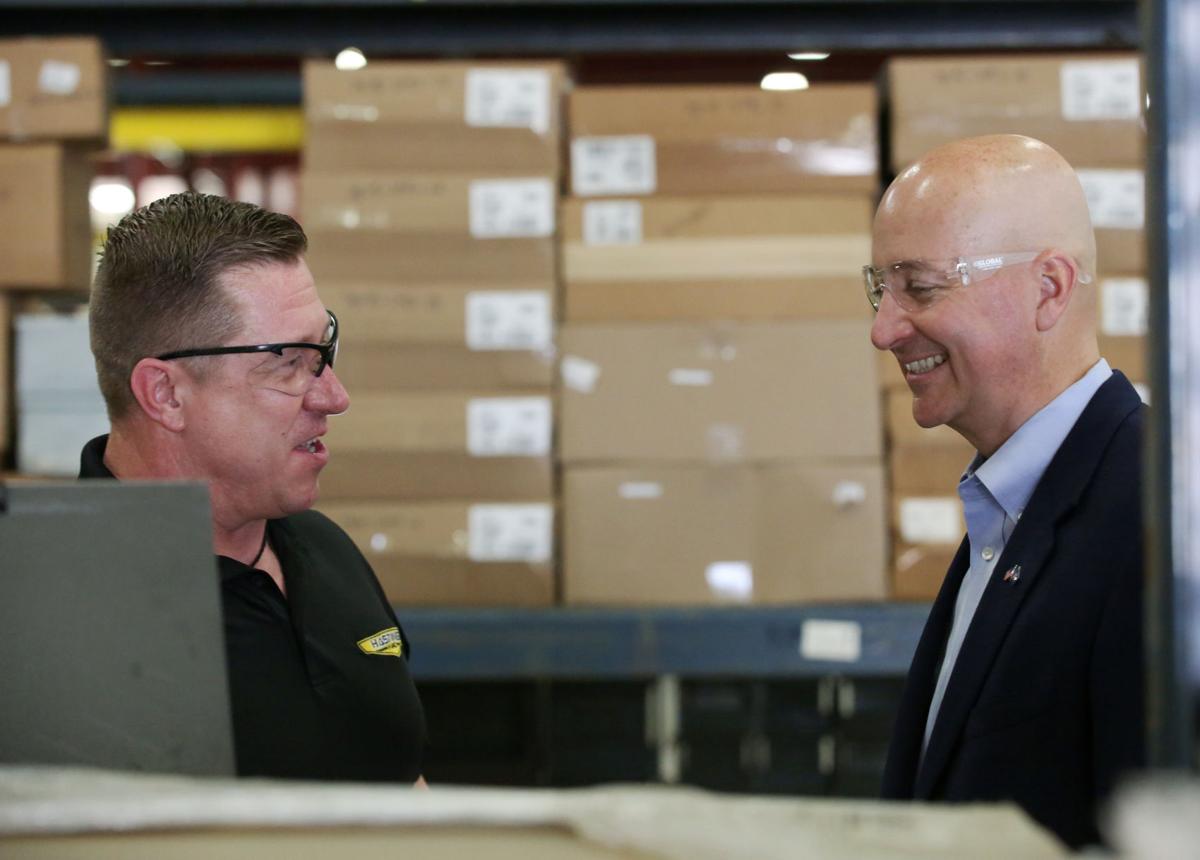 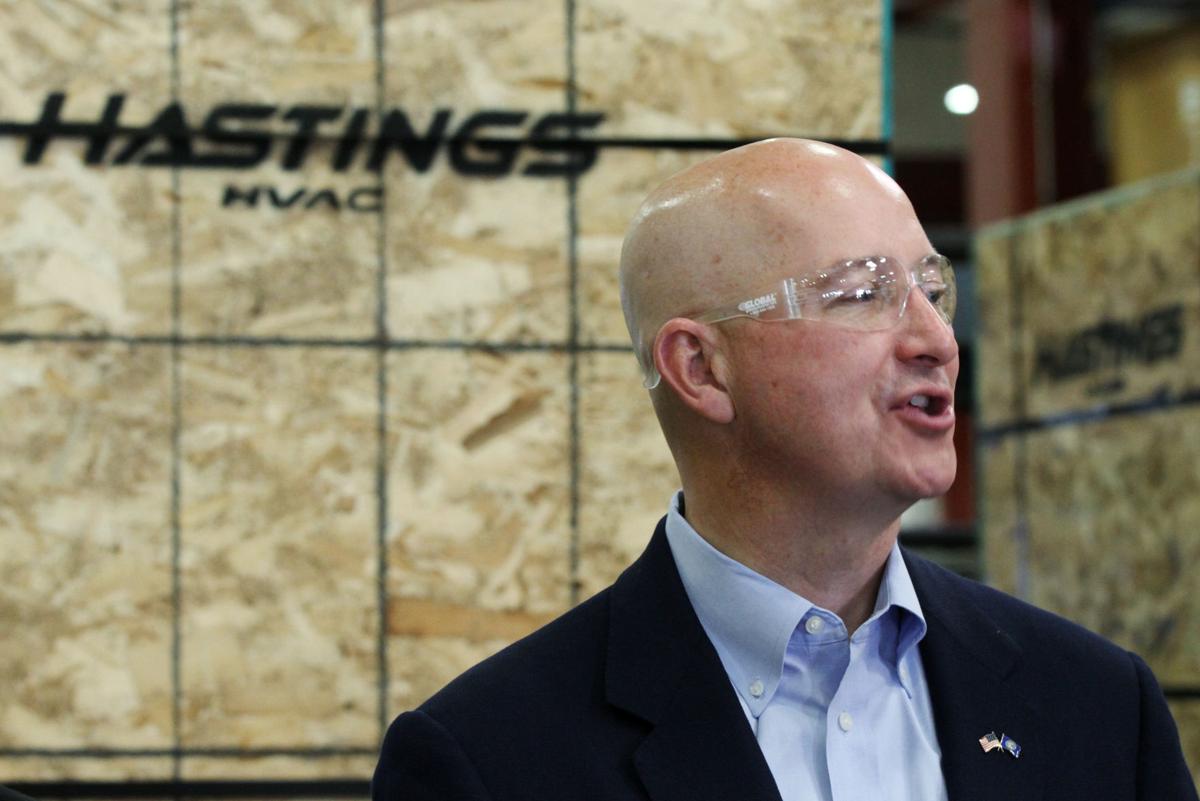 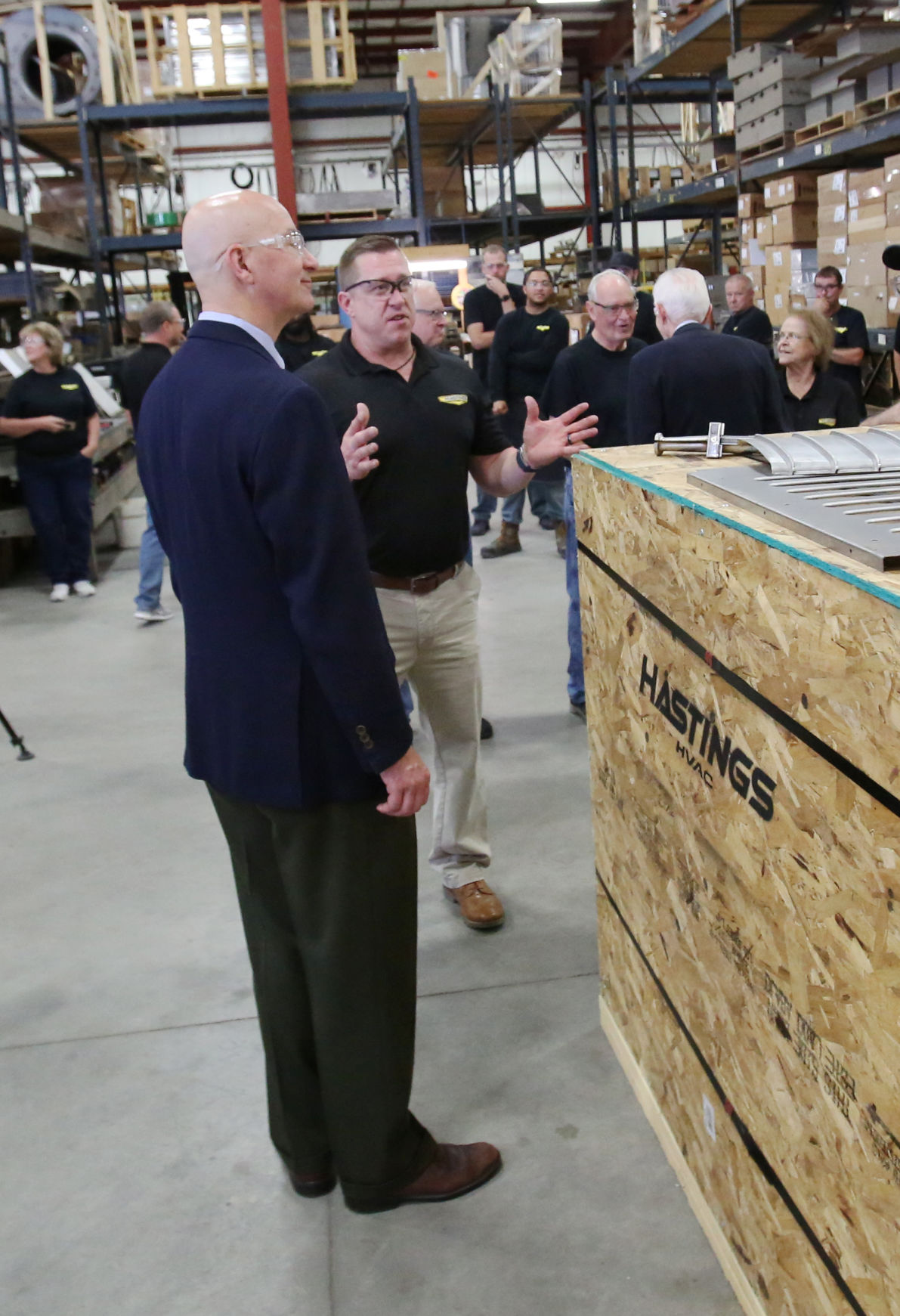 Shawn Hartmann, Hastings HVAC chief operating officer and vice president, shows Gov. Pete Ricketts a shipment that is headed to Australia during a tour of the facility Friday morning. 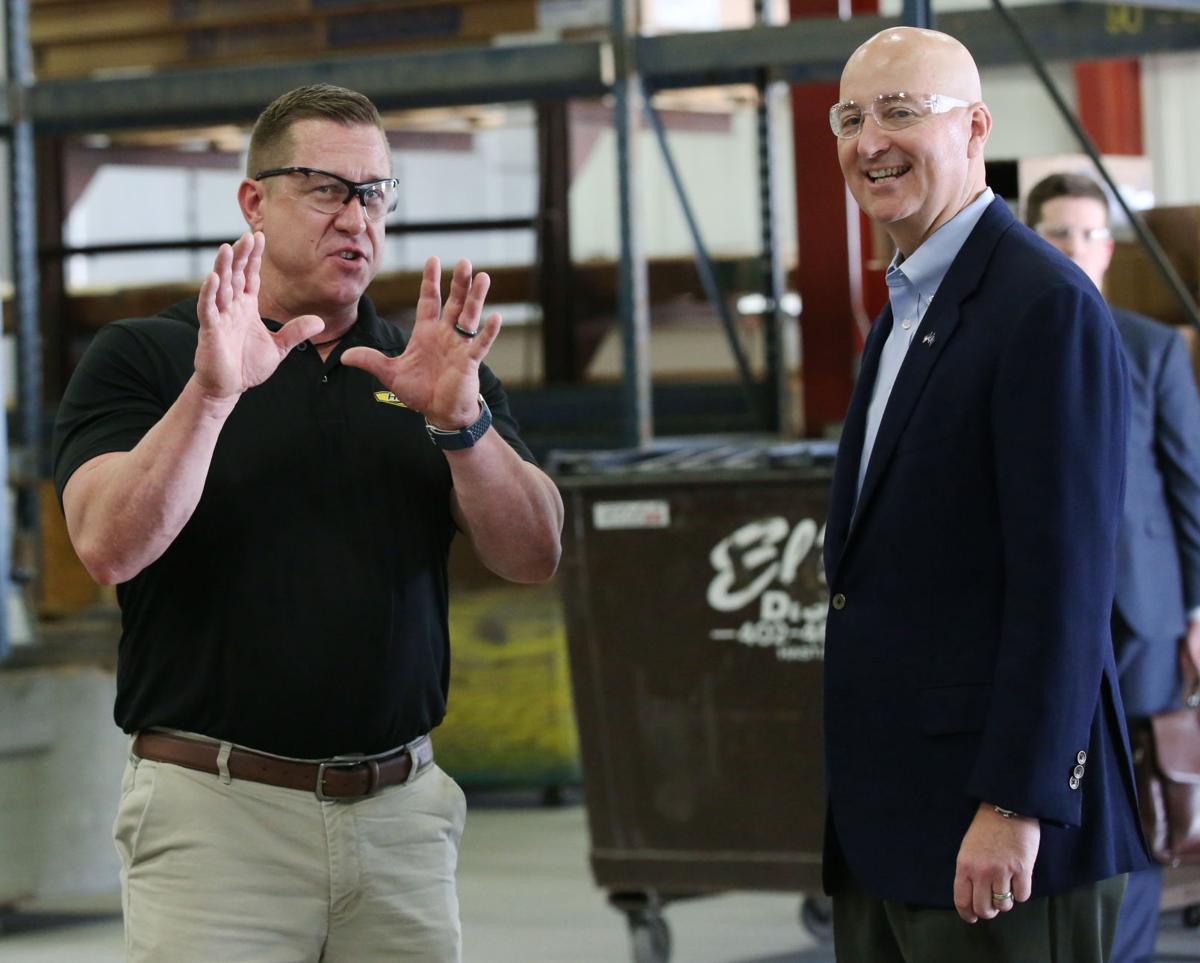 Shawn Hartmann, Hastings HVAC chief operating officer and vice president, shows Gov. Pete Ricketts a shipment that is headed to Australia during a tour of the facility Friday morning.

Hastings HVAC finished preparing to ship what is likely its largest international order to date on Friday, drawing an appearance from Gov. Pete Ricketts.

He said the business is usually slower during the summer, but this year has been steady throughout.

Hartmann said the company has supplied the Australian customer for a number of years, and the company has indicated plans to quadruple business in the near future, meaning orders for parts should continue to grow.

“We think we’ll see bigger orders than this in the future,” he said.

Hartmann said the company’s success wouldn’t have been possible without local partnerships with Dutton Lainson Company and Hastings Equipment Manufacturing.

The governor said he was happy to come out and celebrate the company’s success because it highlights the importance of manufacturing to the state’s economy.

“Manufacturing is the second largest industry in the state,” Ricketts said.

He said the increased production by the company, and similar companies through the state, shows the quality of Nebraskan-made products even in an international market.

One of the main challenges manufacturers face is finding enough employees to meet demand and Ricketts said the state is working to fill that void.

“There are a variety of ways we try to connect the workforce with great paying jobs right here in Nebraska,” he said.

The nonprofit group recently entered a 10-year agreement with the state’s Department of Administrative Services to allow Prairie Loft to expand land stewardship programs and public education to 65 acres of state-owned land to the east and west of the current 8-acre property.

Ricketts commended Prairie Loft for the work it has done and proposes to continue in the future educating people about agriculture.

“They made a commitment to use money and volunteers to clean up the area and use it for agriculture education,” he said.