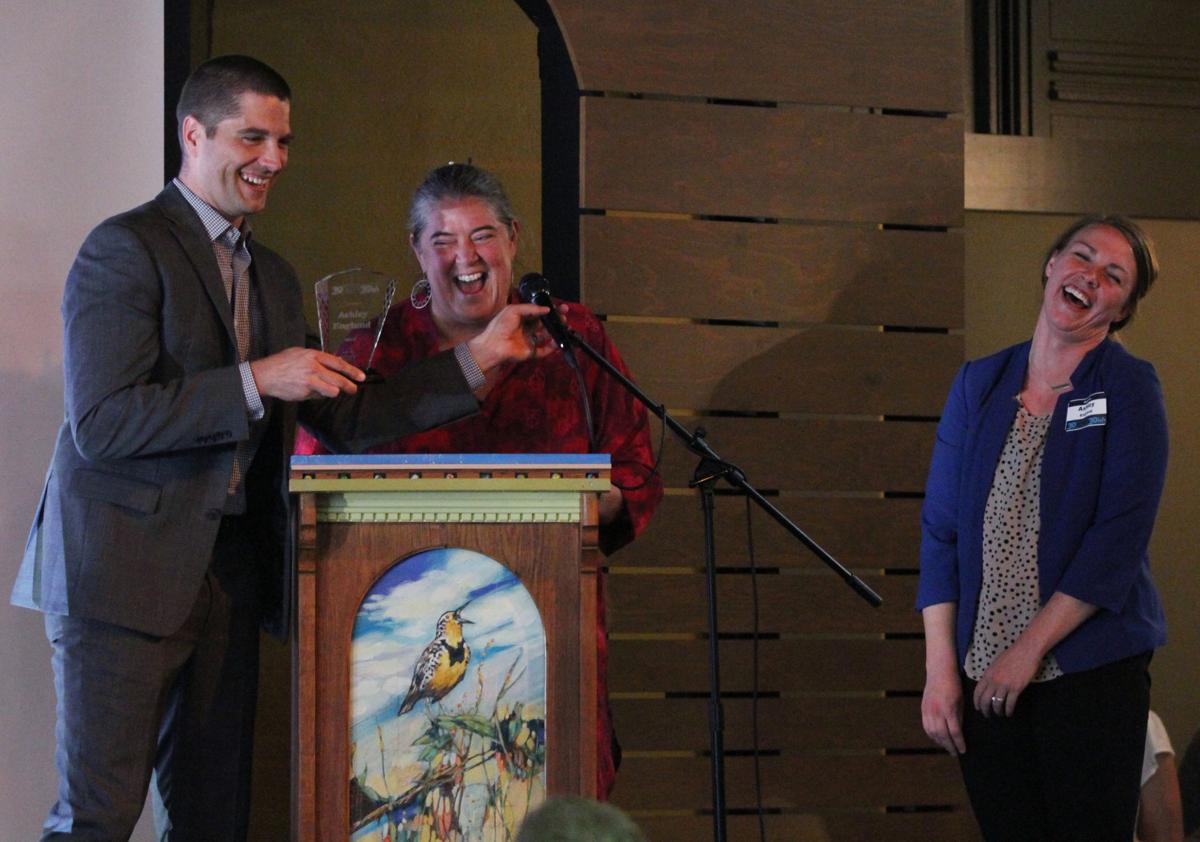 Emcees Dave Rippe and Lisa Smith crack jokes as they present Ashley Englund with her Hastings Young Professionals 30 Under 30ish award Thursday at The Lark. 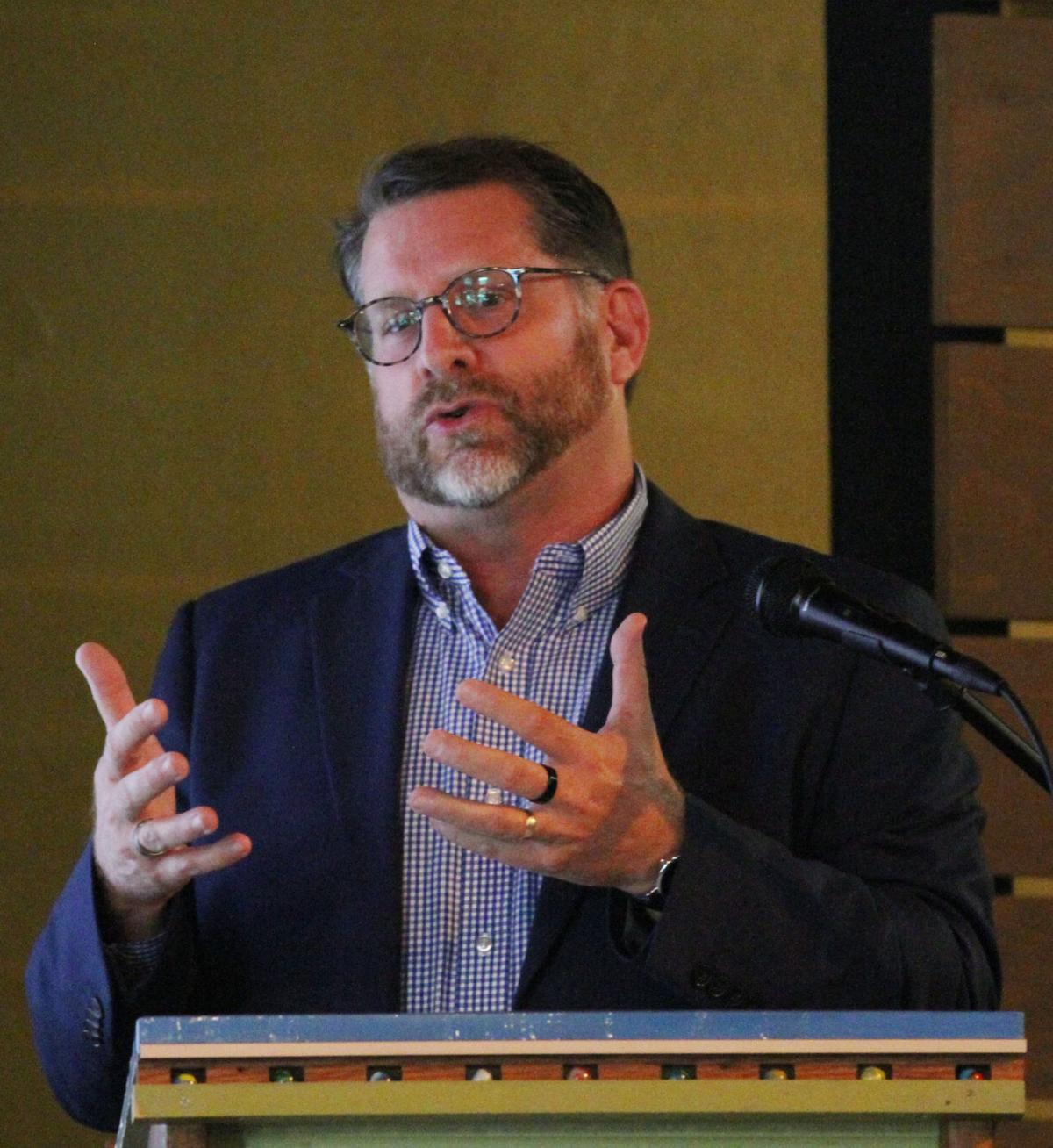 Hastings Young Professionals awarded 30 people for the work they do in Adams County during their 30 under 30sih ceremony at the Lark Thursday night. HYP held the event to recognize young leaders in the community.

“At the heart of this, it is about celebrating our young leaders,” said Travis Feezell, keynote speaker of the night and Hastings College president.

The 30 people presented with the award were chosen based on their community involvement, leadership, professional development, innovation and creativity and exceeding expectations, as determined by a committee. Everyone awarded also had to live in Adams County.

Maggie Vaughan, HYP vice president and a 30 under 30ish award winner, said they decided to hold the event because they felt it was the next step for HYP.

“HYP decided it was time to put together an event that would recognize top talent in Hastings,” Vaughan said. “We wanted to put our spin on the event, which was a great opportunity for us to get a lot of different people who are in different industries under one roof.”

Those awarded included business founders and owners, bankers and teachers, among others. They often held other jobs and were in influential or advocacy positions in Hastings. But almost all of those awarded also contributed to the community through volunteering at a wide range of organizations.

Feezell gave the keynote speech at the end of the evening.

Rippe said there were 64 unique nominations for the award.

All award recipients received a plaque and a year of membership in HYP.

This is HYP’s first 30 under 30ish event. The event was sponsored by Pinnacle Bank.

The people who won the 30 under 30ish award are: