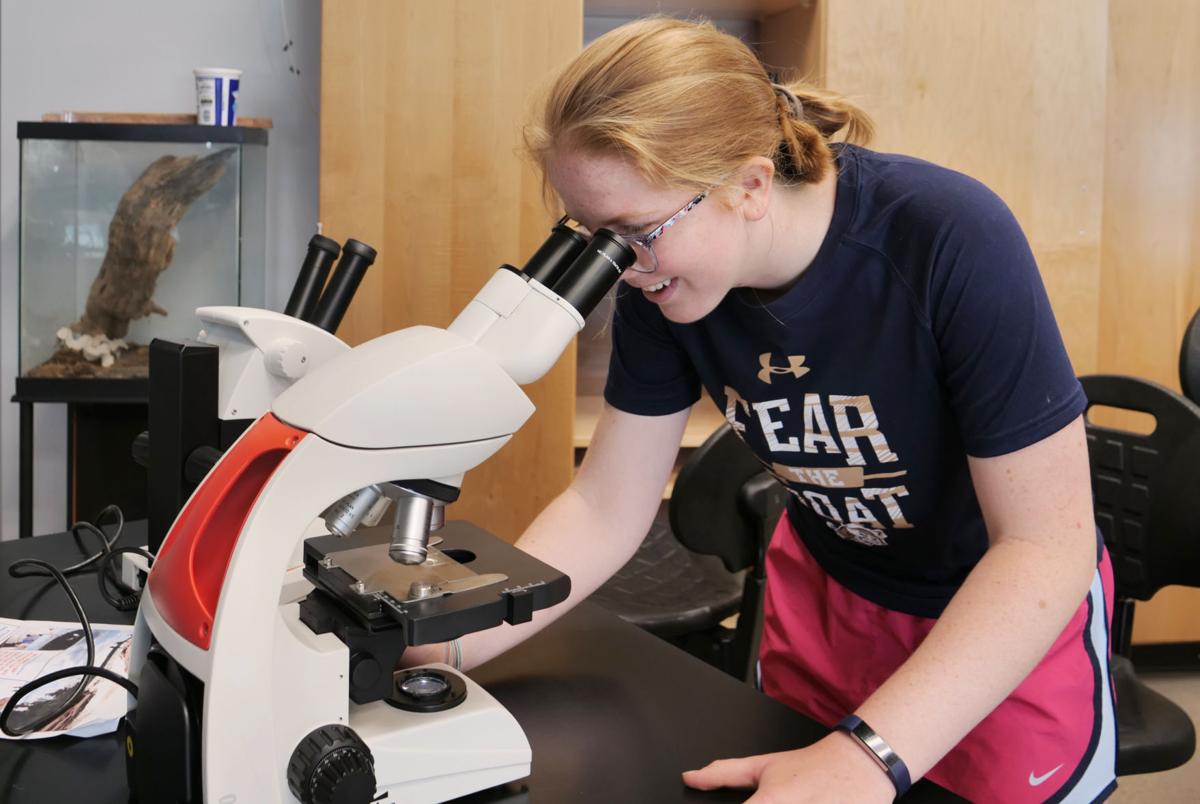 Carolyn Billman finds something under on her slide of pond water while looking at it through a microscope Thursday. 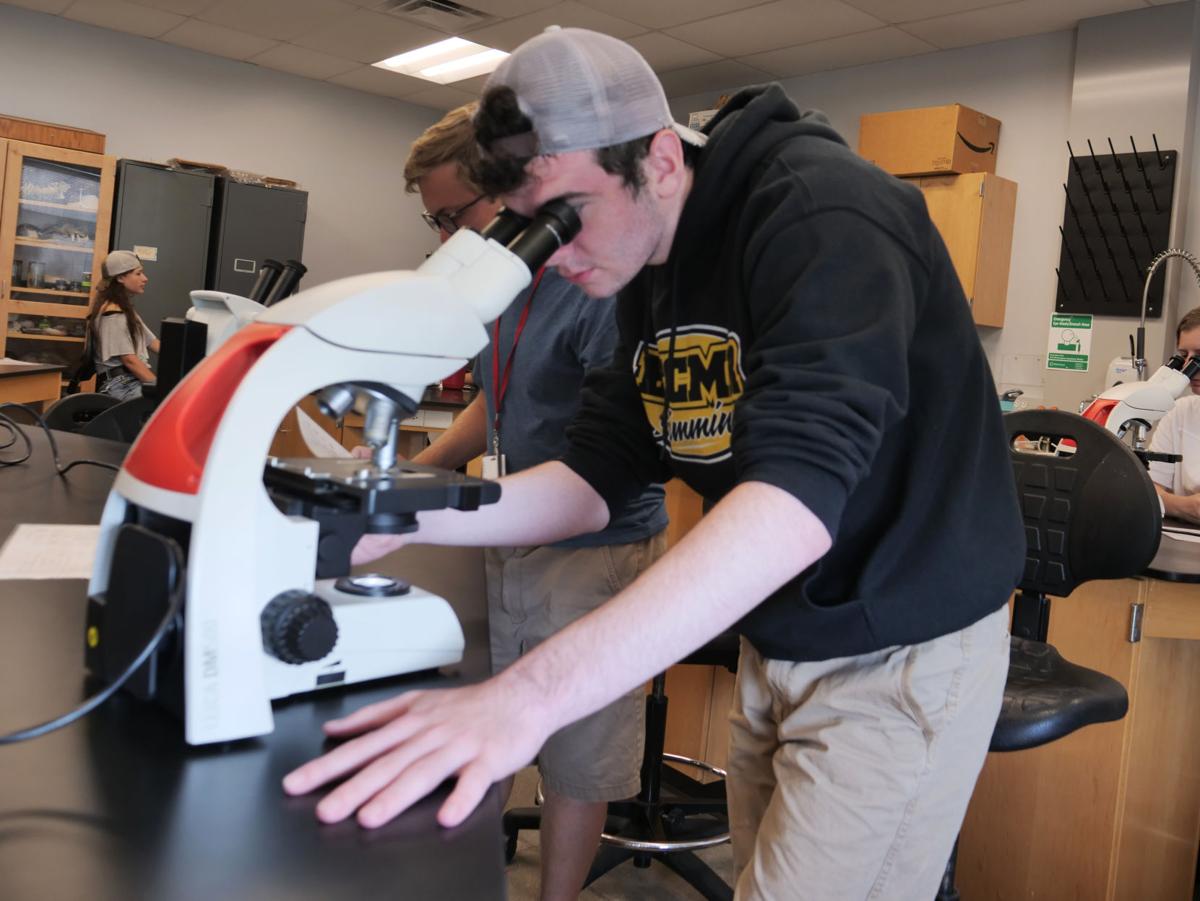 Ian Barnes works with Joseph Meihak to determine what kind of amoeba they are looking at Thursday.

As Ian Barnes looked through his microscope at a tiny organism floating in the pond water from the Platte River, he wasn’t quite sure what he was looking at.

“It just ate something,” he said.

His partner, Joseph Meihak, was looking through his dichotomous key, a paper with several drawings of organisms, and thought it might be an amoeba, but he wasn’t sure what kind.

“I think it’s number 28,” he said, pointing to a basic drawing of of an acanthamoeba, an amoeba with a rigid pellicular covering.

Around them, other students from the Hastings College Crane Trust Academy looked at their own samples under the microscope in one of the Morrison-Reeves Science Center labs. Ten high school seniors and two juniors from around Nebraska and Colorado were finishing up the weeklong program.

The group spent its time in the laboratory Thursday, before leaving the program.

Earlier in the week, participants went out to the Crane Trust Nature and Visitor Center in Hall County north of Juniata.

There, they worked with the center to learn about the ecology of the Platte River ecosystem and conservation.

“This slide is pretty alive,” said Megan Snow, a senior from Omaha. “I just zoomed into a tine piece of algae, and there are so many of them.”

Snow went to the academy after her zoology teacher recommended it to her.

Snow said she had a lot of experience working with microscopes, looking at tissue samples and creek water next to her high school. For her, looking at the small organisms under the microscope is interesting.

“This is awesome,” she said.

The group spent most of their time working at the Crane Trust. They explored the Platte River and some of the rivers branches looking for insects and fish. The group made pitfall traps, cans in the ground that insects would fall into, and collected dung beetles and velvet ants, among other bugs.

The group also watched the Crane Trust workers bird banding, a process to catch birds and tag them, so that they could learn about the migratory patterns.

Even though the cranes already have passed through Nebraska on their way north for the summer, the kids were able to do some birdwatching, but had to wake up before 5 a.m. to get there.

Matt Fong, associate vice president of external affairs at the college, said this is the first year of the Crane Trust Academy. The students had to apply for the academy, providing a letter of recommendation from a teacher and an essay on why they wanted to participate.

Each kid at the academy came for different reasons, but every kid was interested in learning about biology.

“This is a great opportunity for them to experiment and see what careers exist and what possibilities exist in the sciences,” Fong said.

Mackenzie Gonzales, a high school senior from Omaha, came with her sister, Alyssa, a junior. Mackenzie said she came to learn about ecology, but also get more experience with environmental journalism.

Mackenzie said the Crane Trust showed her how a bird was held, so that it would stand up for a photo. She also said her journalism teacher expects her to write a story about the academy.

Alyssa said she found a beetle larva from the Platte River at one point. She was able to see the larva after catching it, but it wasn’t until she looked under a microscope that she found a pair of pincers.

“Looking at it without a microscope, it didn’t look like it had pincers,” she said.

The students arrived last Sunday and finished their camp on Thursday.