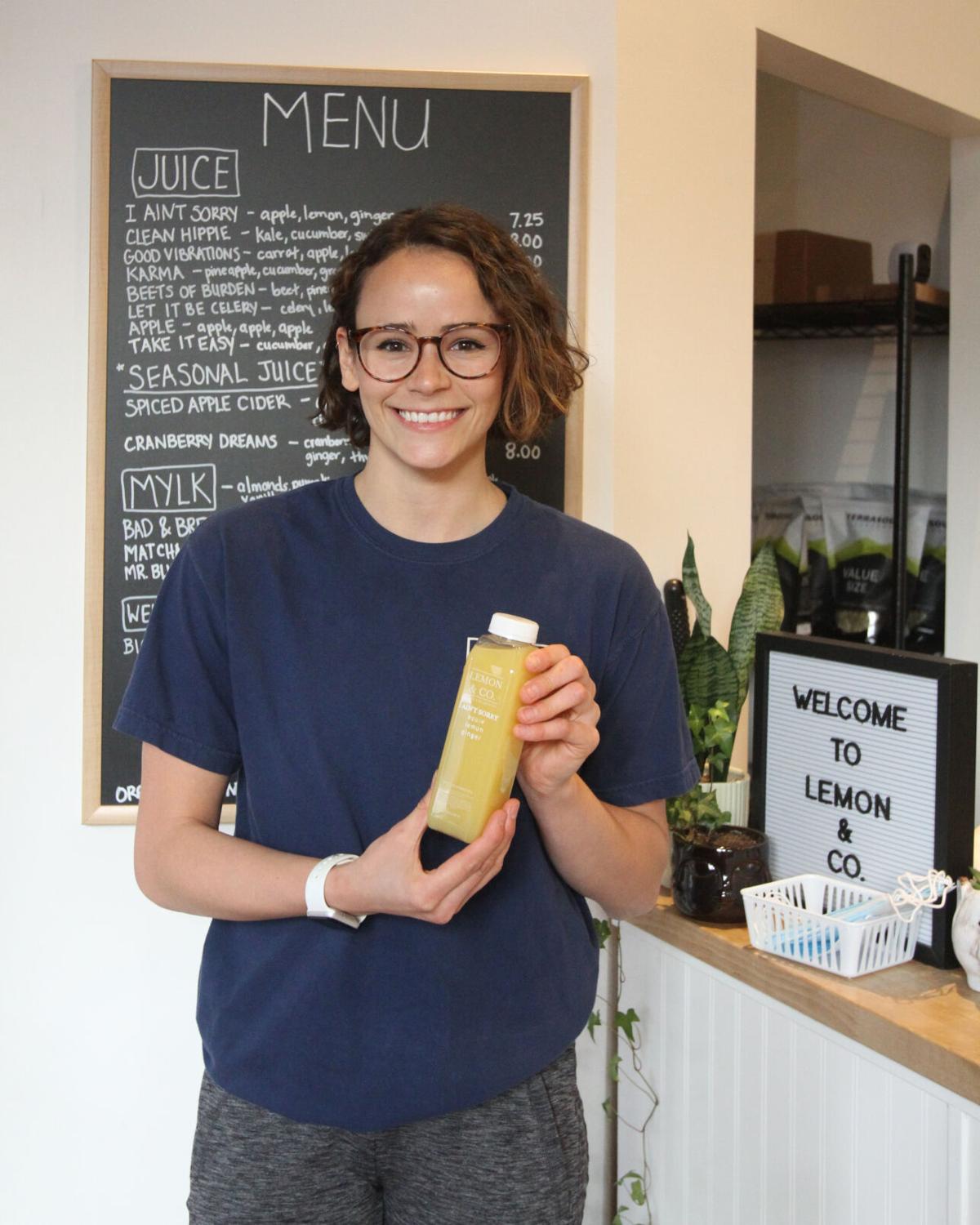 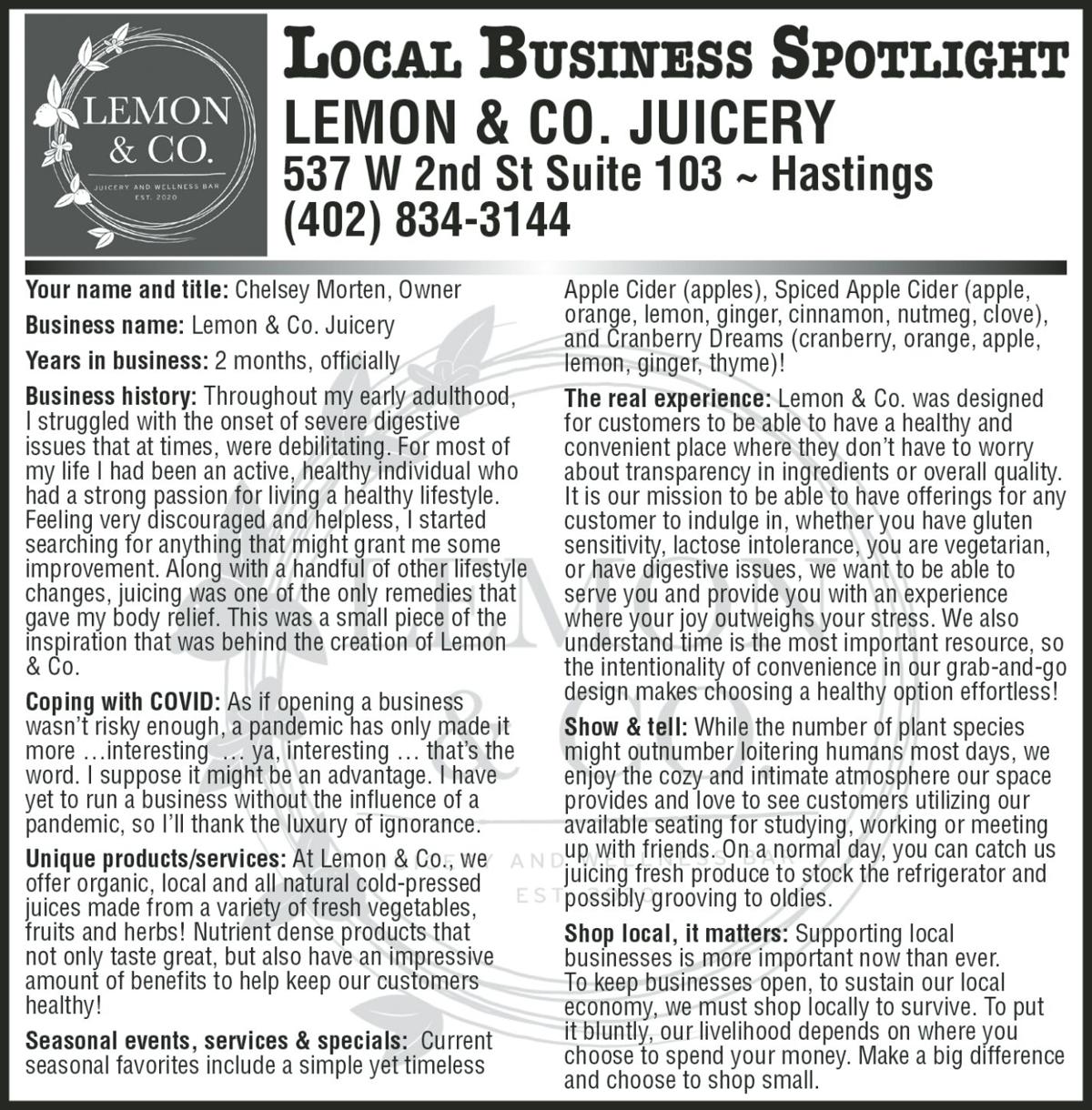 Chelsey Morten had a dream and now she’s living it.

Two months ago, Morten officially opened her business Lemon & Co. Juicery in the former WineStyles location on the 100 block of North Denver Avenue in downtown Hastings.

Morten got the inspiration for Lemon & Co. from her own experience of finding a solution other than prescription medicine for her digestive health issues that she said, at times, were debilitating.

In looking for something that could improve her health, Morten, along with the help of her mother, found that juices not only worked but she enjoyed them, as well.

This discovery prompted her idea of starting a health-conscious business.

She was able to get her business off the ground after her idea for Lemon & Co. was presented a year ago at the Big Idea Hastings competition.

Big Idea Hastings, modeled after the TV show “Shark Tank,” allows participants to pitch their ideas to a panel of judges. Each participant has two minutes to make a pitch, followed by a question-and-answer interaction with the five judges. The judges determine the five finalists. A popular vote determines first, second and third place within the finalists.

At the time of the competition, Morten was an assistant coach for the women’s basketball team at Hastings College.

Unable to attend because the Broncos were playing Bethel College in Newton, Kansas, Morten had her partner, Brett Wells, make the pitch for her business on her behalf.

She won the $1,000 prize from the Hastings Development Corp. that eventually jump-started her business.

“Up until November 2019, Lemon & Co. was just an unspoken daydream,” Morten said. “During that month, Big Idea Hastings gave me the opportunity to have my dream presented aloud in front of the community for the first time ever. From that point on it was about finding ways to turn ideas into realities. Eleven months later, I opened my doors.”

Lemon & Co is a cold-pressed juicery and wellness bar that Morten originally had planned to open in late May, but those plans were delayed. The COVID-19 pandemic didn’t help the situation.

Still, she persevered and pursued her dream.

“Lemon & Co. has given me the opportunity to provide the community with healthier opportunities that are convenient and don’t take a lot work,” Morten said.

Morten said she’s proud to own and operate a place that can advocate and provide support for people who have a wide variety of dietary restrictions.

“Our products are created with the health and happiness of customers in mind,” she said.

The first is a simple, yet timeless apple cider.

The third is called Cranberry Dreams, which is made with cranberry, orange, apple, lemon, ginger and thyme.

“Our menu is partly based on the seasonality of produce,” Morten said.

“Lemon & Co. has given me the opportunity to provide the community with healthier opportunities that are convenient and don’t take a lot work." — Chelsey Morten