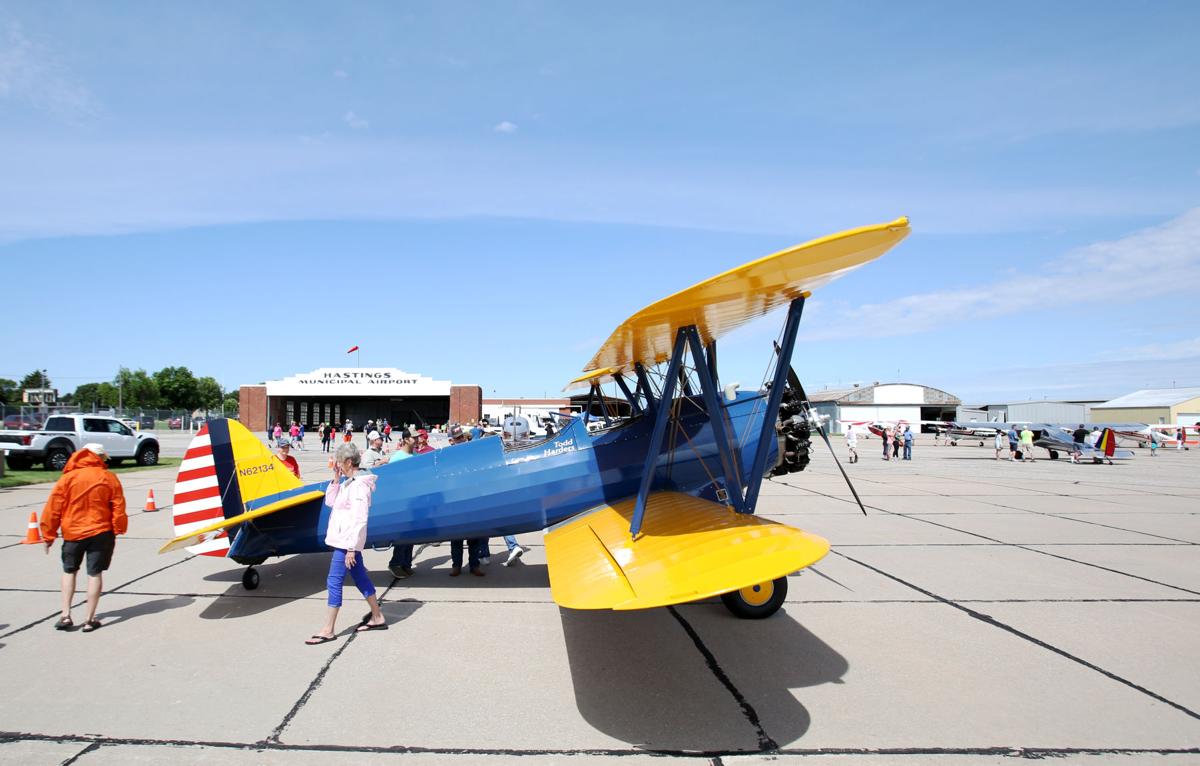 Besides offering flights on the 1928 Ford Tri-Motor, many airplanes were on display Saturday at Hastings Municipal Airport during an open house and fly-in event. 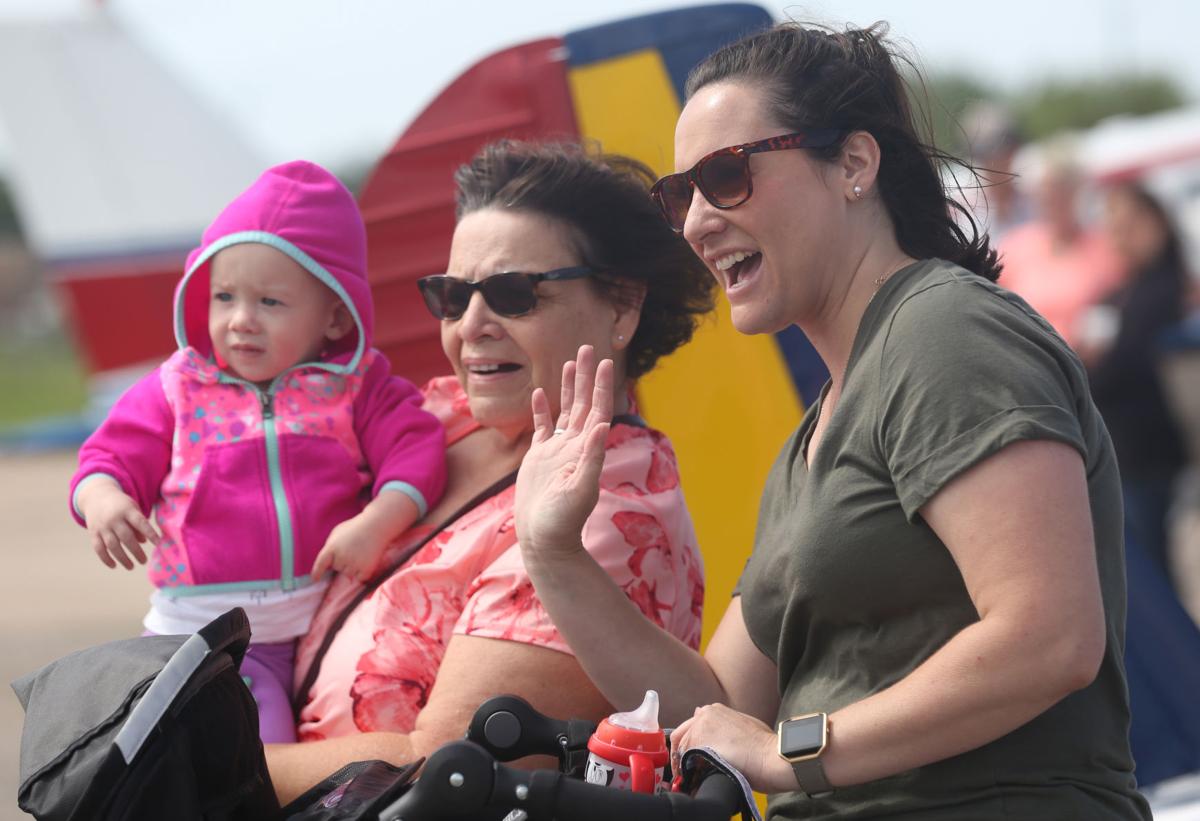 Ginger Billesbach of Juniata waves to her husband, a passenger on the Ford Tri-Motor plane, as it lands at Hastings Municipal Airport Saturday morning. Also pictured are Billesbach’s daughter, Violet, and mother Robin Krutz.

Besides offering flights on the 1928 Ford Tri-Motor, many airplanes were on display Saturday at Hastings Municipal Airport during an open house and fly-in event.

Ginger Billesbach of Juniata waves to her husband, a passenger on the Ford Tri-Motor plane, as it lands at Hastings Municipal Airport Saturday morning. Also pictured are Billesbach’s daughter, Violet, and mother Robin Krutz.

Community members got the chance to see around 40 aircraft up close, including a historic luxury plane, during an open house Saturday at the Hastings Municipal Airport.

The open house showcased recent improvements at the airport, including the hiring of Luke Meyers and Meyers Aerial Service to be the airport’s fixed base operator to provide services to the local aviation community.

Hastings chapter of the Experimental Aircraft Association and the Hastings Airport Association hosted the open house and a fly-in breakfast Saturday morning at the airport.

Aaron Schardt, a member of both Hastings EAA chapter and the Hastings Airport Advisory Board, said they invited pilots in a 150-mile radius of Hastings.

About 40 airplanes and pilots flew into the airport for the breakfast, but Schardt said there might have been more if not for a small weather concern early Saturday morning.

“We are happy with it,” he said. “It’s good to see the airport with some vitality.”

Visitors’ vehicles filled the parking areas around the Meyers Aerial Service building and many walked across 12th Street after parking in the Imperial Mall lot.

“Airports aren’t usually frequented by the public,” Schardt said. “It’s nice to be able to open the gates and let people see the airport.”

Many came to see a 1928 Ford Tri-Motor plane brought in for public flights, nicknamed “Tin Goose.”

The Fly on the Ford event ran through Sunday, offering the public a chance to ride the historic aircraft.

Flying on the historic Ford Tri-Motor plane was a Father’s Day treat for three generations of Johnsons.

It was the first airplane ride for Hunter and Toby.

“It’s cool flying in such a luxurious piece of history,” Hunter said.

Toby said he enjoyed the flight with his uncle and grandfather, especially looking down at his grandfather’s house in rural Hastings.

“We could hardly hear each other,” he said.

The family was among hundreds who took to the skies around Hastings during the event.

One frequent flyer was Glen Bredthauer of Hastings, president of the local EAA chapter. He gave visitors rides in his two-seat aircraft as a way to help show people the value of the airport. Oftentimes, he said the general public has the impression that it’s under-utilized.

“Nobody knows people are using the airport,” he said. “This will make people in town more aware of the airport and promote the airport. That was our intent, to let them know there is an airport out here and what’s available.”

Bev Currier of Hastings wandered around the airport to check out the facilities.

“I think it’s a great idea they are doing this in Hastings,” she said.

She said she had been to the airport in Hastings years ago, but was glad they opened the facilities for people to explore it.

“A lot of people think there is no traffic at the airport,” she said. “They need to have more things brought in like this to show people that’s not true.”