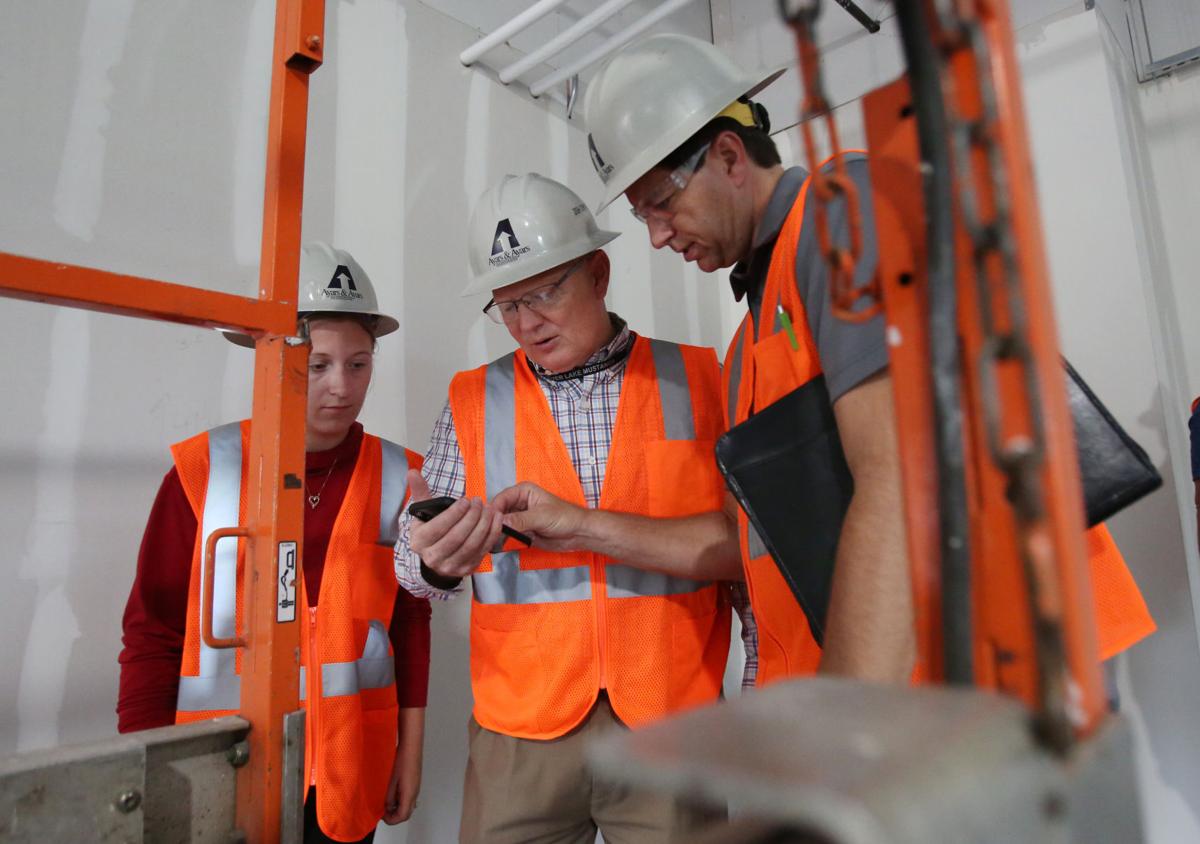 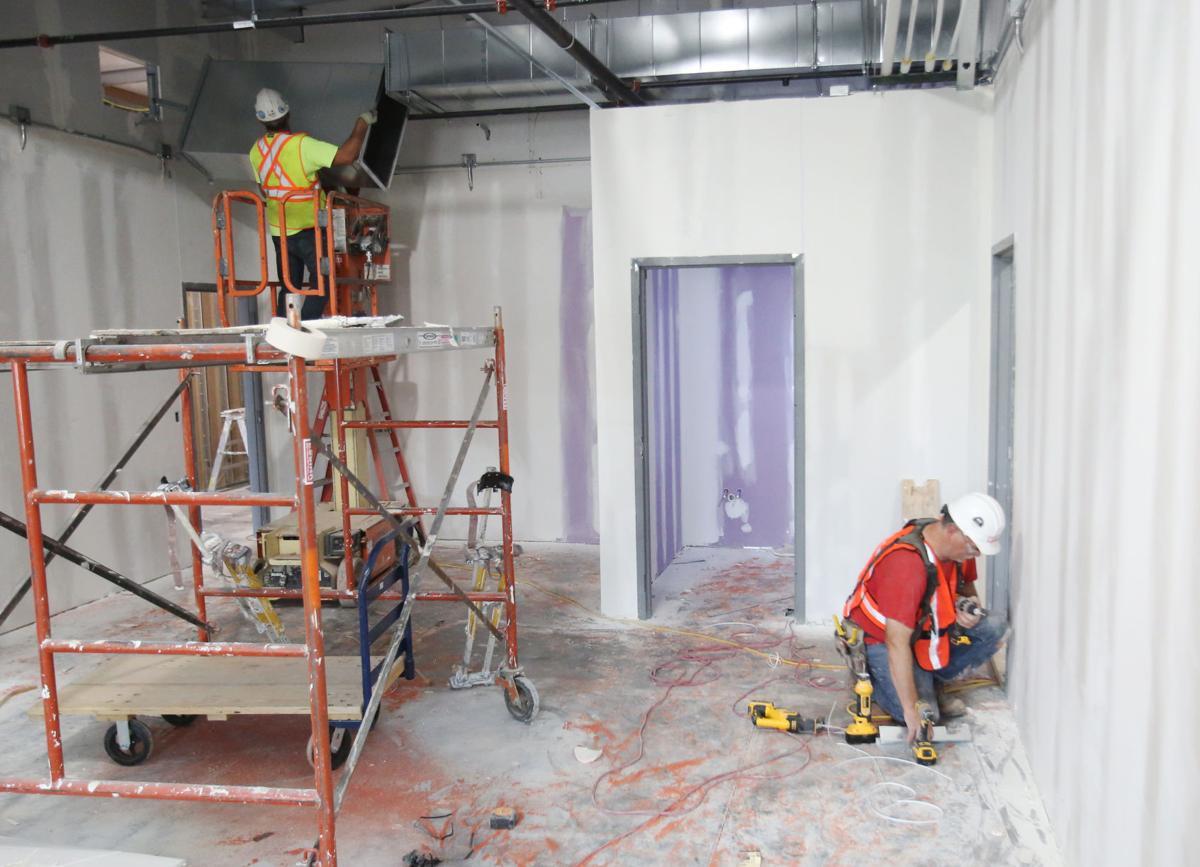 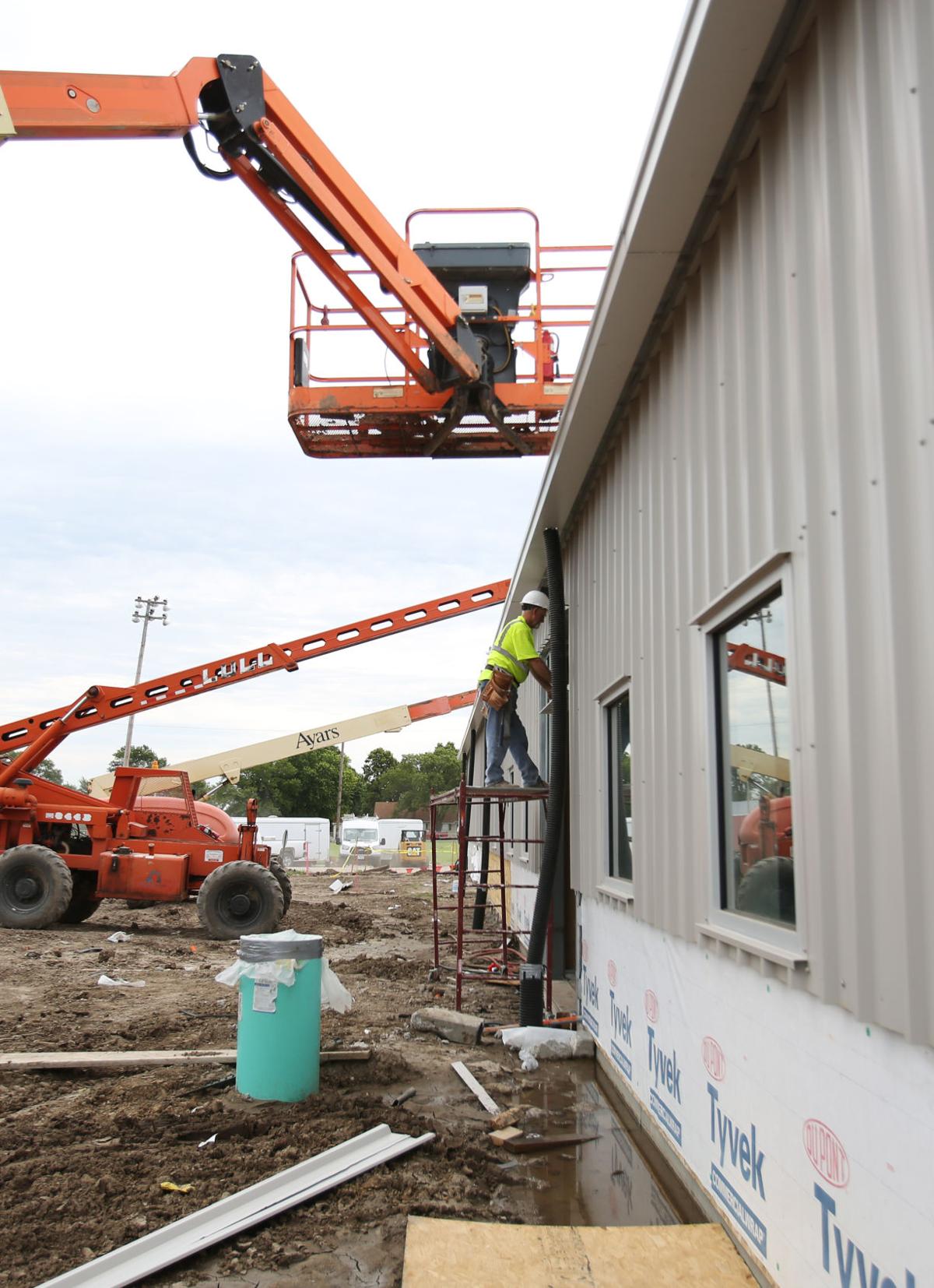 BLADEN — Silver Lake Elementary School is on schedule to complete its new building construction and be ready to receive students there by Sept. 12.

The project in Bladen was made possible by $2 million from a special building fund and a $3.8 million special bond issue that was approved in February by Silver Lake school district patrons. The project has a budget of $5.8 million, and construction is being done through Ayars and Ayars Inc.

The district set an ambitious schedule, demolishing the building April 29 and beginning construction shortly thereafter. The gym was left standing during demolition.

Duane Arntt, elementary principal, said the new building is going to open up the educational opportunities for students and teachers.

The building also will accommodate a growing student population. There were about 150 students at the school in the 2018-19 school year, compared to about 100 students from preschool to sixth grade a decade ago, Arntt said.

Silver Lake Elementary classes begin Aug. 21 and will be at the Webster County Fairgrounds, about a block away from the elementary building. When phase one of construction ends, students will move to the classrooms in the west side of the new building. A temporary wall will restrict access to the building’s east side.

Over the fall semester, the students and staff will work around construction and have to make a few accommodations. This includes a dividing wall going in the school’s library to create two separate classrooms. Students also will get food out of the new concession stand and eat in the gymnasium, similar to where the students ate in the old building. The new cafeteria will be finished in phase two.

The old building was three stories, making it difficult for those with physical disabilities to move around. Arntt said a machine called the climber, used to move children in wheelchairs between floors, was slow and cost classroom time.

“As the the children in wheelchairs and with disabilities moved up in grades, we would flip-flop classrooms to the ground level so they didn’t need to go upstairs,” he said.

The new building is one story, making it more accessible to those with disabilities and everyone in general. A chair lift will be added to the school’s raised stage.

“In the old building, there was no way to enlarge classrooms or make anything bigger for the kids. This is a great opportunity,” Arntt said.

A storm shelter also has been added, able to house about 200 students.

The building features a new fire system with sprinklers and controlled building access for security.

Construction was slowed by a wet June, but crews have been able to stay on track, Arntt said.

“It’s been going really nice. A lot of people have stepped up,” said Brad Sellentin, the construction company project manager.

On the west side of the building, rooms are either painted or ready to be painted.

The technology infrastructure has been updated, and the heating, ventilation and air conditioning system has been expanded to include the gymnasium while being more energy efficient.

“We’ve got a date to hit; no more messing around,” Sellentin said.

Returning students will be familiar with class at the fairgrounds starting this semester, as students spent about two weeks there at the end of the 2019 spring semester while construction began.

During phase two, football games will be played at the school’s field. The area around the field will be split, and the construction company will share parking with visitors. The construction area will be portioned off.

The Silver Lake school district serves the communities of Roseland, Bladen, Holstein and Campbell. Students in the upper grades attend classes in Roseland.