You are the owner of this article.
Edit Article Add New Article
You have permission to edit this article.
Edit
Home
News
Sports
Obits
Classifieds
Legals
Photos
e-Edition Plus
Business Directory
Forms
Contact
Preview TV
1 of 2 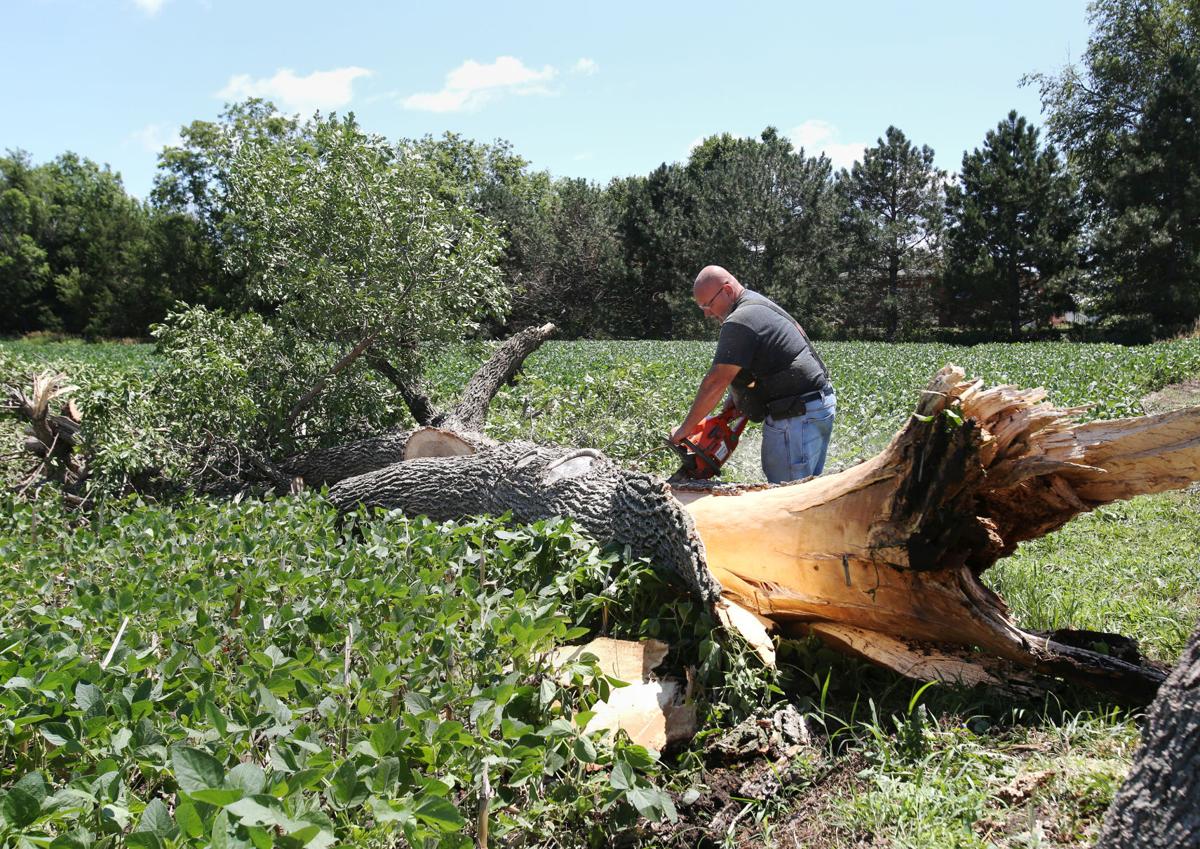 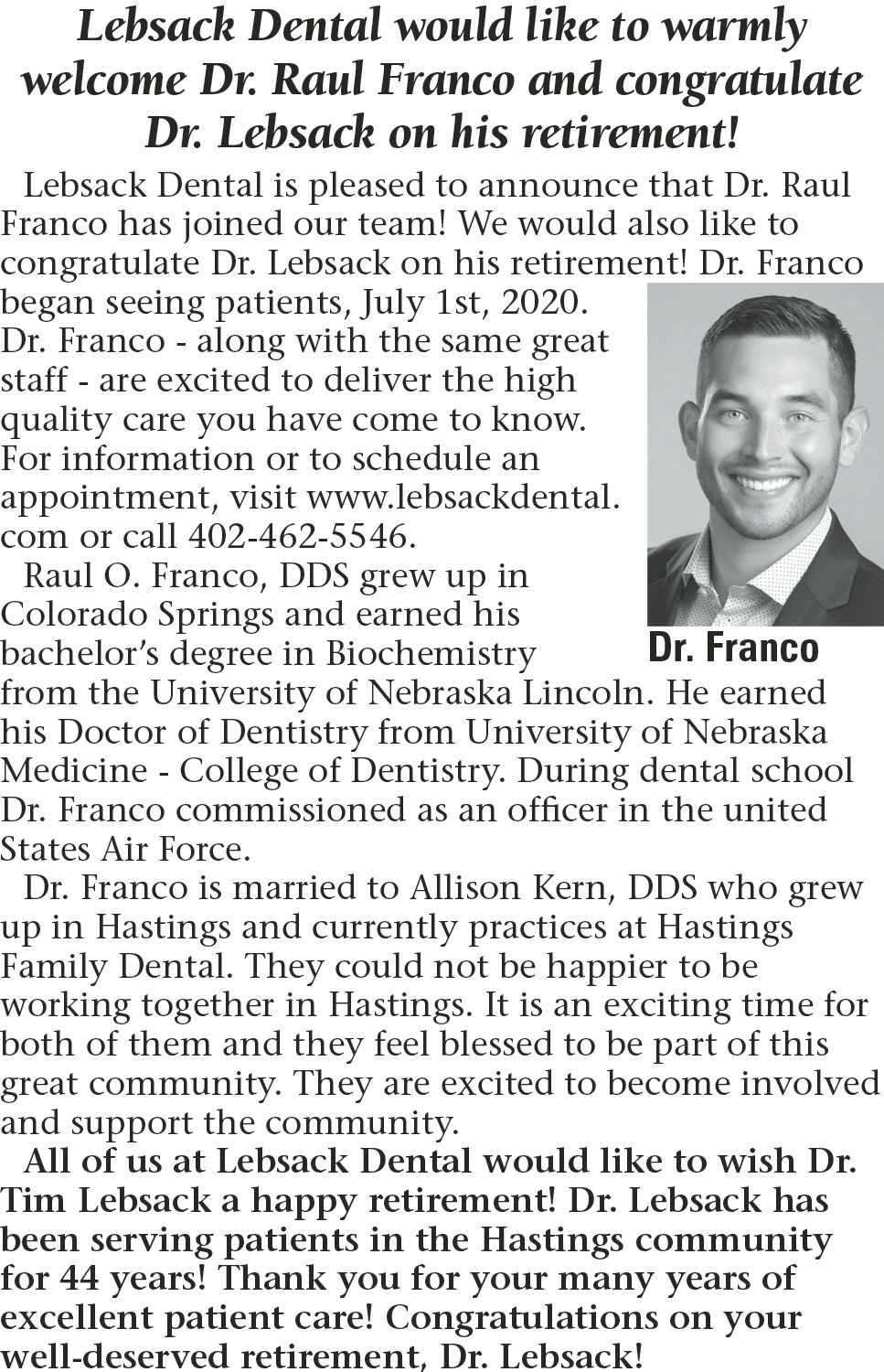 Powerful straight-line winds associated with a line of strong thunderstorms that moved across Nebraska late Wednesday night and early Thursday morning left a trail of midnight damage in their wake.

Wind gusts as strong as 75 miles per hour were reported in Tribland, with many instances of winds clocked at 50-70 mph, the National Weather Service reported. Residents were left to clean up the mess on Thursday.

Hastings, Trumbull, Clay Center, Sutton, Edgar, Fairfield and Hebron were among the area towns where damage was reported. Harvard and Deweese were among several towns plus rural neighborhoods that contended with power outages, according to the National Weather Service storm information logs.

“It’s just straight winds,” said Tim Lewis, Clay County Emergency Management director, in a video he posted to social media Thursday morning while driving around the county assessing damage. “Seventy-mile-per-hour straight winds came through the county last night, and the daylight is showing us the problems.”

Service was disrupted along Ringland Road after a tree fell on a power line, Scott said. Power was restored several hours later, around 8 a.m. Thursday.

“That one took a long time to repair,” she said.

Other wind-related outages were reported in the 1800 block of West Third and West Second streets and in the area of West 14th Street between Lexington and Burlington avenues, Scott said. The 14th Street outage, which affected stoplights, was rectified by about 4 a.m.

Jeff Hassenstab, Hastings city parks and recreation director, said tree and limb damage around town was sporadic throughout the night, but nothing too bad.

Parks and Rec is working to clear the limbs and trees from city property today, but some cleanup will continue Friday, Hassenstab said.

At 11:45 p.m., significant tree damage was reported at Trumbull, along with downed power lines. A Clay County Highway Department shop building in Trumbull suffered damage to its doors, so equipment inside couldn’t be removed.

Right around midnight, tree limbs were reported to have fallen on houses in Clay Center. Tree damage was reported in Edgar at 12:05 a.m. and in Sutton at 12:07.

Lewis, the Clay County official, was out throughout the night and Thursday morning assessing damage and issuing informational posts. He reported that Clay County customers of both Southern Power District and South Central Public Power District experienced electrical outages, and that city crews in Edgar, Fairfield and Clay Center were working overnight to clear streets of fallen tree branches and limbs.

Around noon on Thursday, he reported seeing downed corn in many fields and some instances of broken stalks, plus damage to at least one center pivot irrigation system. He encouraged producers to notify their Farm Service Agency and crop insurance representatives concerning damages.

Lewis said he hadn’t received reports of hail or any injuries in Clay County, and in his morning video post offered his assessment that the storm “could’ve been a lot worse.”

The largest rainfall amounts associated with the storms came from the southern and northern reaches of Tribland. According to NWS and the Nebraska Rainfall Assessment and Information Network, these amounts included 2 inches at Lebanon and 1.6 inches at Burr Oak in Kansas; 1.95 inches southwest of Naponee; 1.6 inches west of Doniphan; and 1.55 inches northwest of Giltner.

Southeast of Minden: .50Following a somewhat cooler day on Thursday, temperatures are expected to climb back into the upper 80s for the weekend with sunshine Friday through Sunday and beyond, the National Weather Service reported. A 30% chance of showers and thunderstorms is forecast for the early-morning hours of Saturday.

High temperatures of 93 degrees in Hastings are forecast for Monday and Tuesday, respectively.