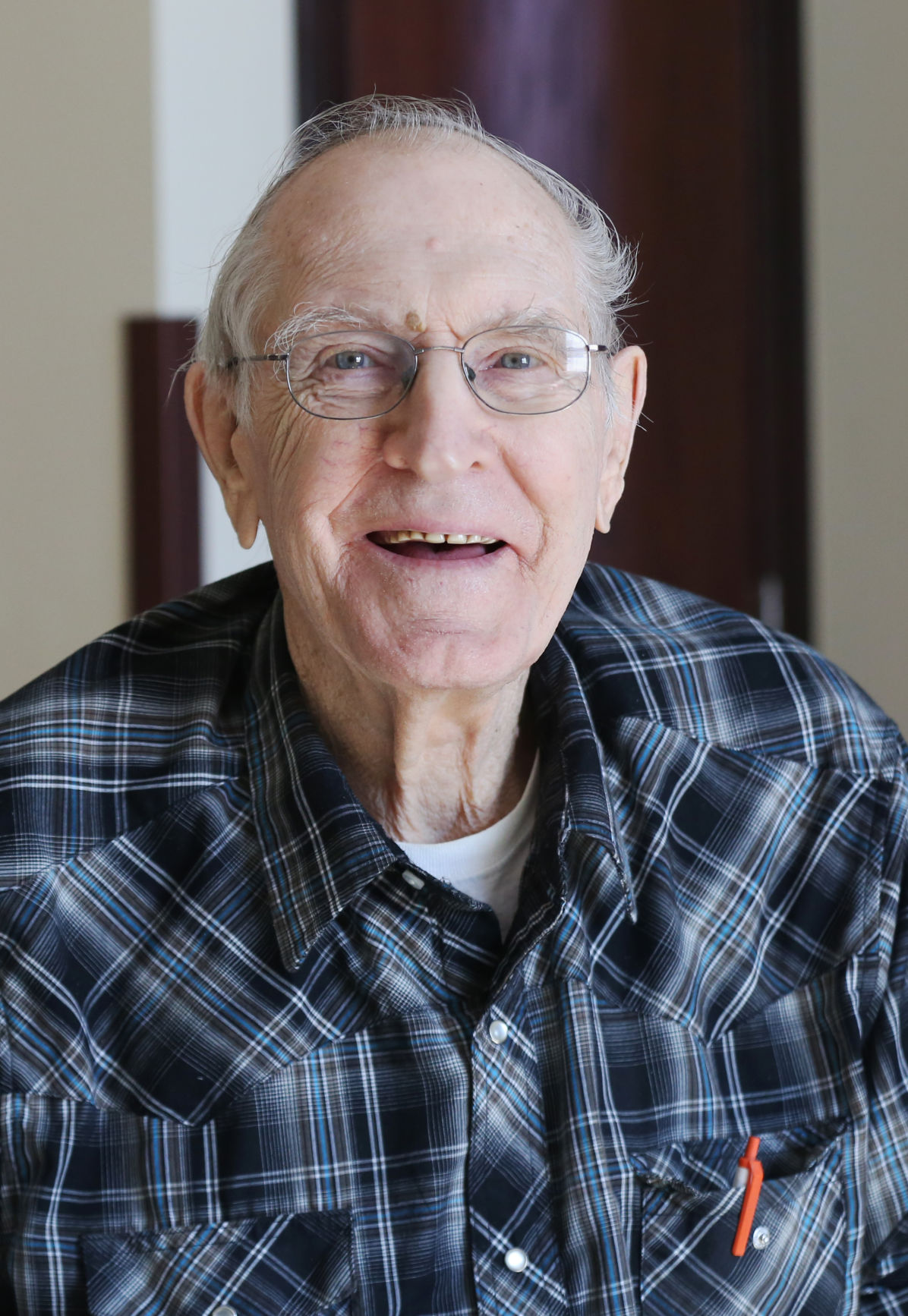 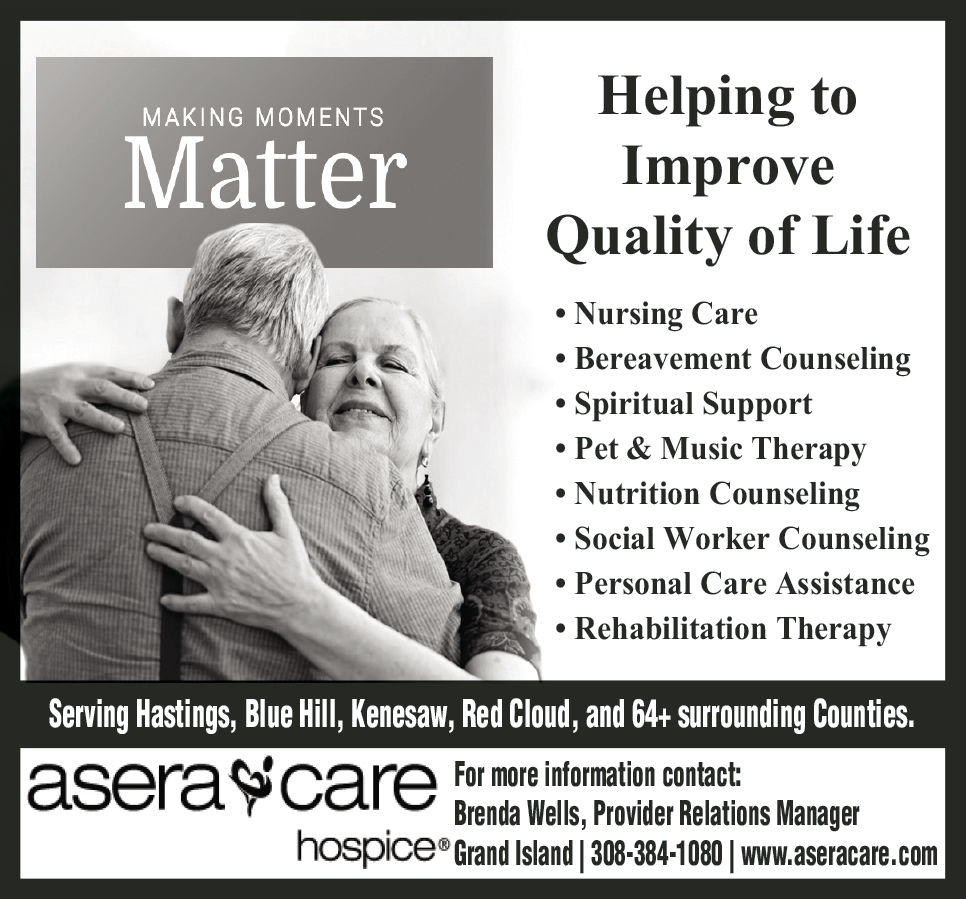 Roger Cover wasn’t involved in the famous failed Bay of Pigs invasion during his four-year, four-month stint in the Navy in the early 1960s that included service during the Vietnam War. Nor did the modified gray Destroyer ship he served most of his time on fire upon the enemy at any time during visits to more than 30 countries, including Italy and Cuba.

That said, the 80-year-old Hastings resident’s tour of duty as one of five electricians assigned to maintain Destroyer DD 758 was neither dull nor uneventful.

The middle child of three sons born to Donald and Alma Cover — all of whom served in the Navy — the Atlanta, Nebraska, native was raised in Lexington until age 8 before moving to Kearney with his family, where he resided through his teenage years. He married his first wife, Veronica, and enlisted in the Navy in 1961, spending most of his time at sea on assignments that included two stops in the Mediterranean region.

Following six weeks of boot camp, he received 14 weeks of training as an electrician before embarking on a goodwill mission that included a three-week stint in Iran, where he helped rebuild a schoolhouse with fellow electricians and carpenters.

Living conditions were poor in many of the underdeveloped countries where crew members went ashore, he said.

“The school kids over there (in Iran) didn’t have any clothes and ran around naked,” Cover said. “They had their hands out begging all the time.

“When we went out on liberty we were encouraged to give the natives money. If you gave them a nickel they thought they had the world in their hand.”

Though modified for its peaceful mission, the destroyer ship Cover served on was still adequately equipped for battle, should the need arise. Guns, torpedoes and variable depth sonar gave the ship enough tools to engage in combat, though such was never required during his time at sea.

“We floated around Havana and pulled into Guantanamo Bay so we could go on liberty sightseeing,” he said. “We could go out on a golf course and watch the Cubans play golf, but they weren’t very friendly with us.

“I was in during the Vietnam War but we were about 400-600 miles from there. We had live ammunition and were all loaded up and could have went and fired at them on the beach, but there were other destroyers and battleships, carriers, cruisers, subs and planes — you name it — and they were over there dropping bombs and stuff.”

During a recognizance mission in Cuba, observation teams on board witnessed what turned out to be a significant weapons delivery by sea during Cover’s watch. That tons of weapons had been delivered by the unmarked mystery ship on scene was easily discernible, he said.

“When it (the mystery vessel) arrived, it was right low in the water, and you could see the water line,” he said. “About 3-4 days later, they pulled out and it was probably 12 feet higher. They unloaded some heavy stuff over there: Tanks, ammunition, stuff like that.”

While en route to the Navy’s home base in Charleston, S.C., on Nov. 22, 1963, crew members were curiously summoned to general quarters — all hands on deck — for the announcement that President John Kennedy had just been shot. Though on high alert, the ship remained on course and encountered no opposition forces that day.

“Nobody knew what was happening,” Cover said. “Finally the captain got on the bullhorn and said President Kennedy has been shot. We never saw any enemy ships in our area — we were in the middle of the Pacific Ocean — so we continued home for another day or two.”

Probably the high point of his tour — literally — was receiving an unexpected bonus while performing electrician duties at sea. Climbing to the top of the ship’s steep and narrow mast, he braved the turbulent sea and potentially lethal microwave-like transmission antennas overhead to change a set of lenses and light bulbs. Shortly after completing the job, he was mysteriously summoned to the captain’s quarters while standing in line for afternoon meal.

“I went up to the bridge to see what they wanted and he said, ‘Oh, you are down,’ ” Cover said. “I said ‘Yes, sir, signed off and everything is turned back on.’ ‘I know I saw the antennas turning up there and I thought you were going to get cooked!’

“ ‘Were you in line to get lunch?’ ‘Yes, sir.’ ‘Well, come with me. How do you like your steak done?’ They fed me a steak and oh, it was a good steak! When I went back, different guys were asking, ‘Why did you have to go to the bridge?’ I told them, ‘Oh, they wanted me to go in and get my high altitude pay!’ ”