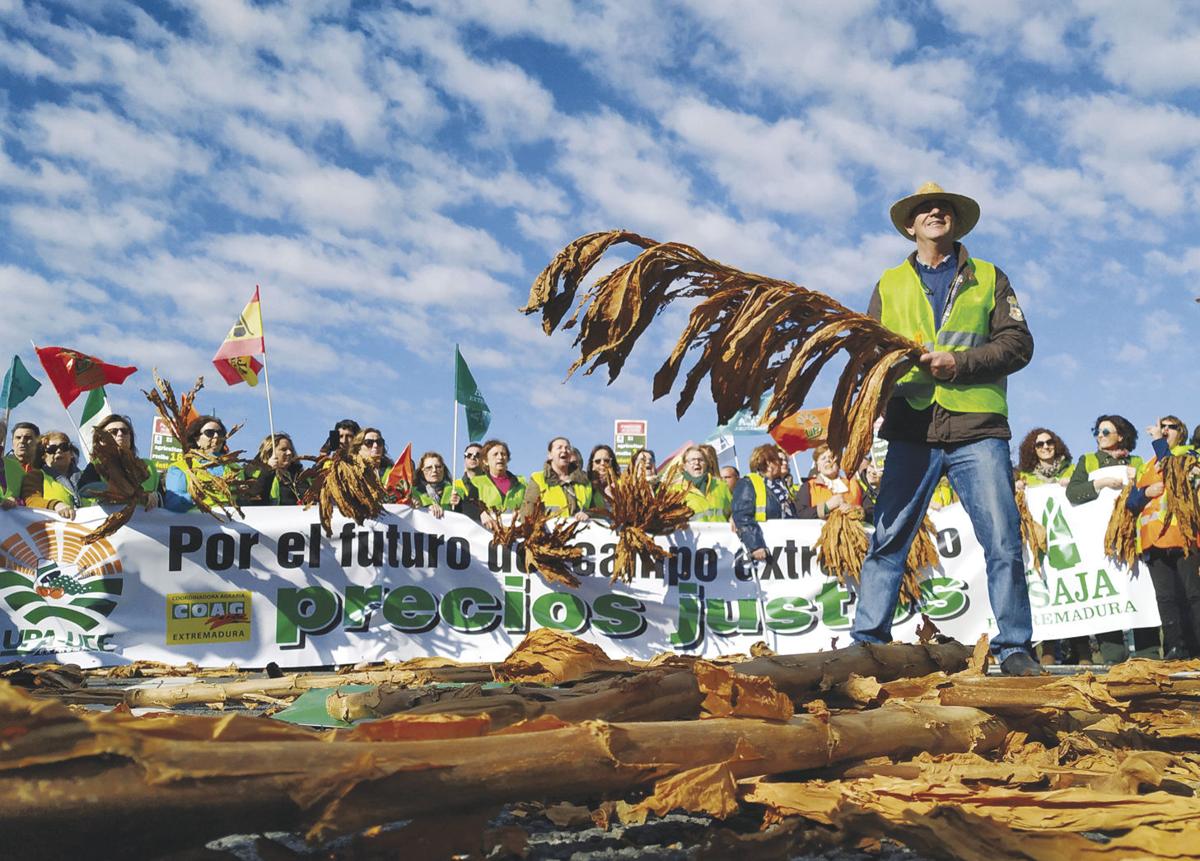 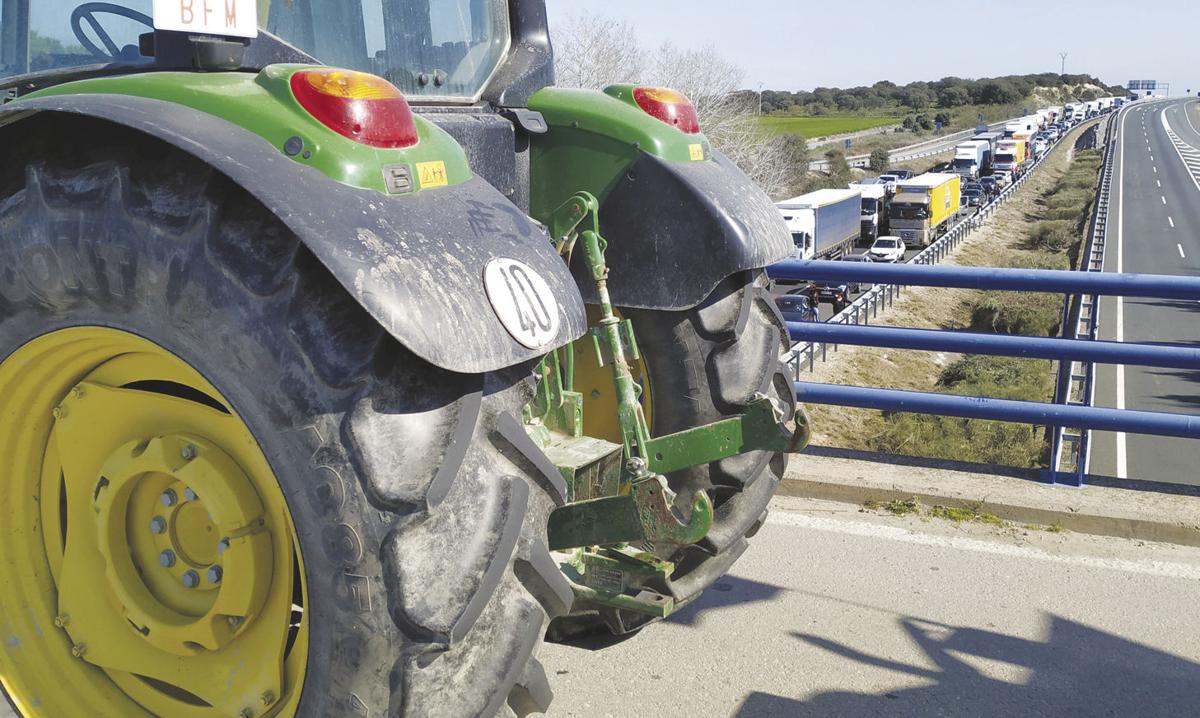 Line of vehicles are seen from above the motorway as farmers protest near Navalmoral de la Mata on Tuesday. 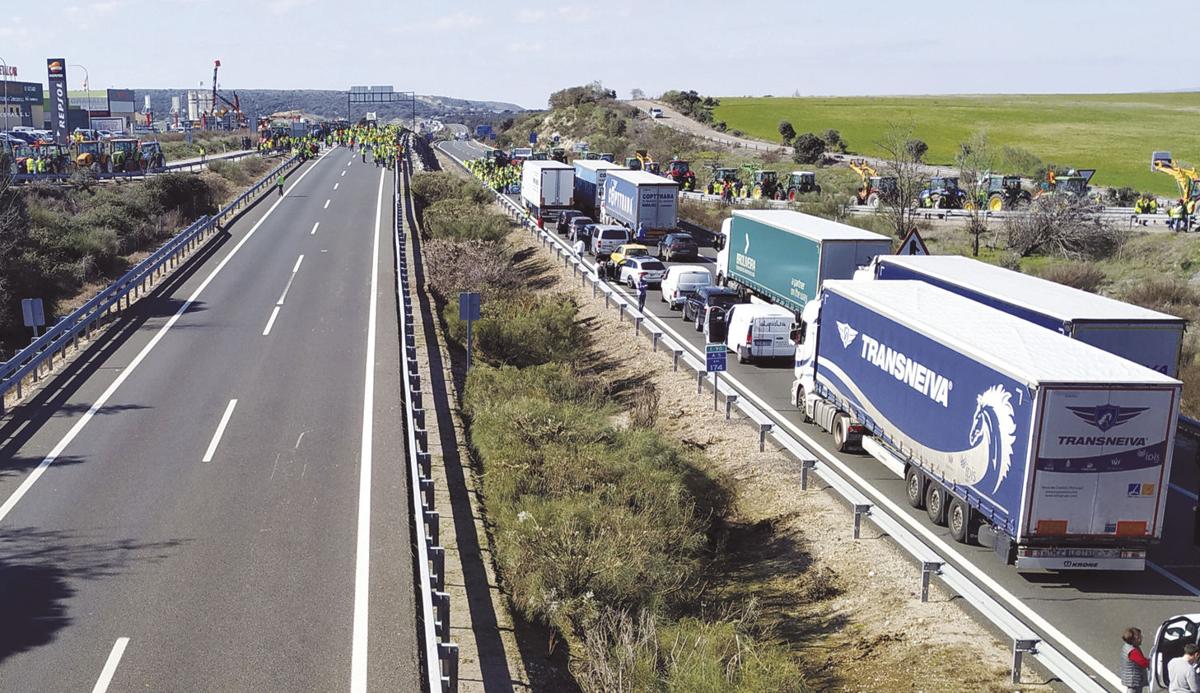 Line of vehicles are seen along the motorway Tuesday as farmers protest blocking the access near Navalmoral de la Mata in Caceres province, Spain.

Line of vehicles are seen from above the motorway as farmers protest near Navalmoral de la Mata on Tuesday.

Line of vehicles are seen along the motorway Tuesday as farmers protest blocking the access near Navalmoral de la Mata in Caceres province, Spain.

NAVALMORAL DE LA MATA, Spain — Farmers in fluorescent yellow vests blocked highways in southwestern Spain with tractors and other vehicles Tuesday in the latest mass protest over what they say are plummeting incomes for agricultural workers.

Ángel García, head of the regional young farmers association Asaja, said about 700 tractors blocked the roads and all farm workers in Extremadura were urged to strike.

At a different protest location on the other side of Spain, police tried to prevent farm workers blocking both sides of the A7 highway near the southeastern town of El Ejido. Farmers also dumped crates of cucumbers and tomatoes onto roads and started small fires.

Protests against high production costs and low prices for farm produce almost daily have posed a challenge for Spain’s month-old coalition government as the European Union plans to cut agricultural subsidies and the United States threatens to impose tariffs.

Both trade unions and the government also blame major supermarket chains for slashing prices on fruit and vegetables and forcing farmers to sell their goods for less.

Jorge Garcia Luna, who grows almonds and olives, says that when big grocery chains work to maximize their profits, the farmer becomes “the weakest link in the chain.”

Tobacco cooperative manager Jose Maria Ramos says with export losses expected from Britain’s departure from the EU and a proposed 14% cut in EU farm subsidies, farmers have no choice but to protest.

“This is going to make it even more difficult to continue with the cultivation of tobacco,” said Ramos. “People just can’t go on, they go into the streets and show their anger.”

Officials from Spain’s main agricultural organizations met with members of three political parties in parliament on Tuesday and were to have more talks later with the Labor Ministry. The unions met with the government last week but continued their protests as no farm support agreement was reached.

Government spokeswoman María Jesús Montero said Tuesday that the government understood the farmers’ plight. She said it planned to modify a food law that covers production and distribution to ensure agricultural workers get a fairer deal.