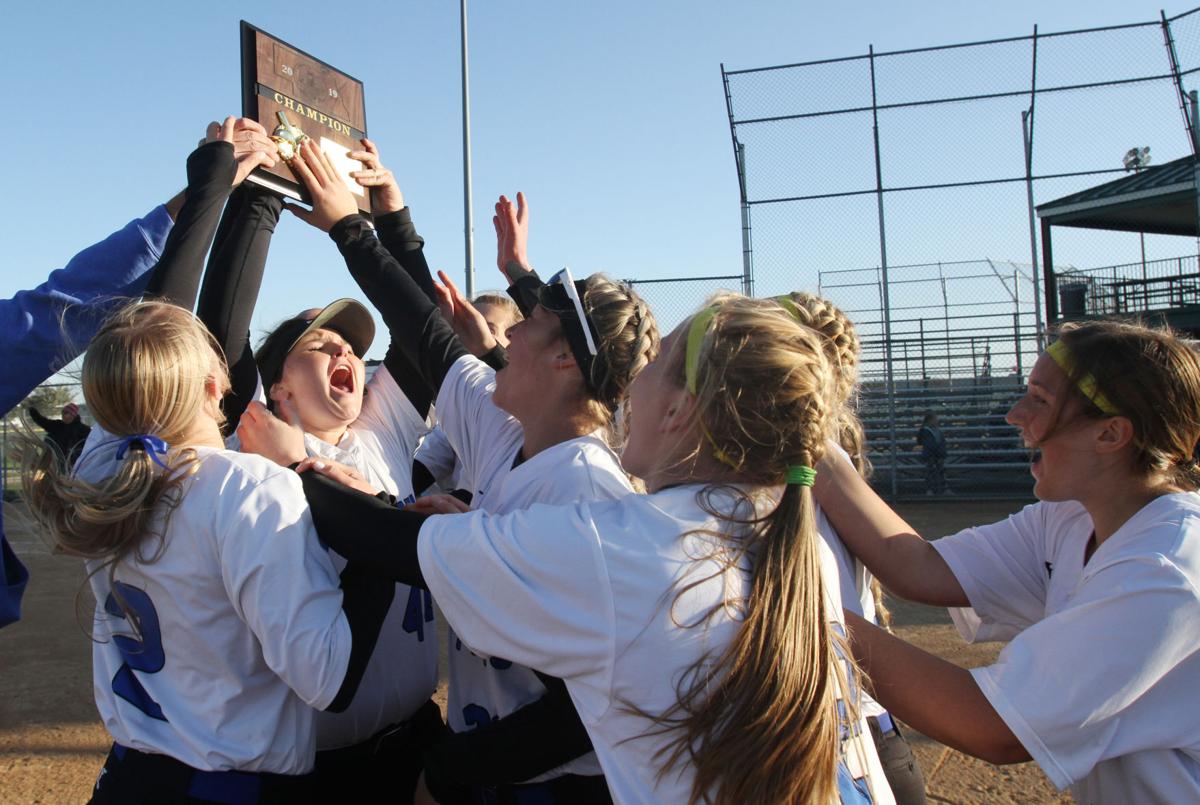 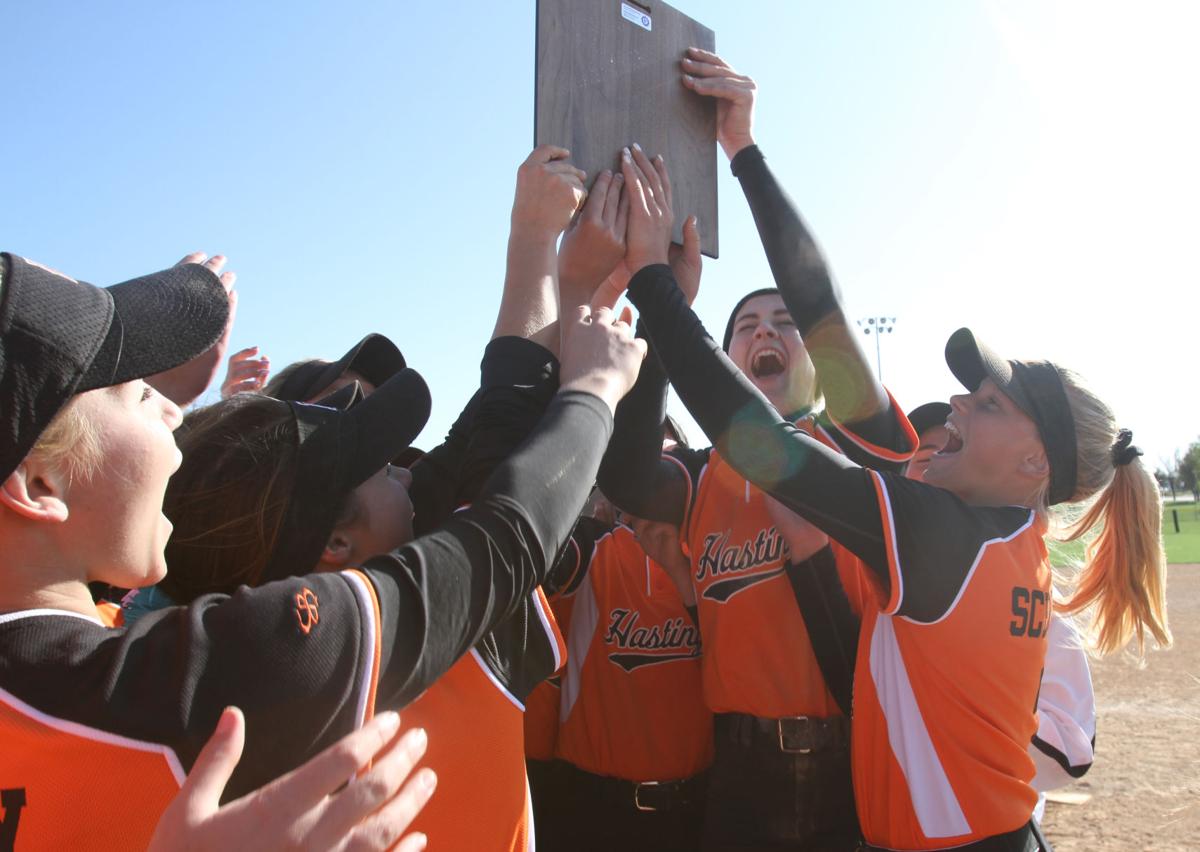 Year after year, teams from across the state descend upon Hastings to compete in the high school state softball tournament. Hastings High has become a familiar host for the Class B tourney, having qualified for five consecutive years.

But the 2019 state tourney presents the community with a unique opportunity: For the first time, the city of Hastings will host the prep state tournament with two Hastings teams competing, as both Hastings High and St. Cecilia earned the chance to compete for titles in their respective classes.

In the Class B bracket, the Tigers come into the tourney as the No. 5 seed with a record of 28-7. HHS has won eight of its last nine games, outscoring opponents 93-24 during that stretch.

McCoy has proven, once again, just why she’s one of the best players in the state. The HHS senior has belted 12 home runs and driven in 55 runs. And the emergence of Schmidt, a freshman, has made an already potent lineup even more deadly. Only one other team in the Class B tourney (Crete) has scored more runs than the Tigers this season. HHS has 304 runs this year to Crete’s 351.

Leading the HHS pitching staff has been Elle Douglas, who is 18-5 on the season, and the combination of Faith Molina (8-1) has made for a nice one-two punch for the Tigers. Douglas goes into the tourney with an ERA of 3.64 while Molina sits at 2.40.

Hastings will have a tough task in the first round, going against one of the state’s best pitchers, Wayne’s Tori Kniesche. The Blue Devils’ ace is 25-2 on the year and has an ERA of an astounding 0.35. Nineteen of Wayne’s 30 wins have been via shutout.

As for the Wayne offense, the Blue Devils have just two players with more than 30 hits on the year: Kniesche (33) and Kendall Dorey (51). Wayne won the Class C state tournament last season.

In just its second year as a program, St. Cecilia has punched its first ticket to the state tournament. Rolling into the tourney with a 25-7 record, the Hawkettes claimed the No. 3 seed in the Class C bracket and will face sixth-seeded Arlington (21-6).

STC has relied on the arm, and bat, of Natalie Kissinger all season. The Hawkette starting pitcher is 21-6 on the season and boasts a 2.06 ERA. Kissinger also leads the team with a blistering batting average of .614 with a team-high 62 hits and eight home runs. She’s driven in 56 runs this season, which is the most of any player in the Class C tournament.

The Hawkettes have shown they can be a nightmare for opposing pitchers, receiving contributions from others in the lineup. Shaye Butler boasts a .505 batting average, while Mackenzie Demuth (.446), Bailey Kissinger (.480), and Kiersten Kober (.442) are all hitting above .400.

STC goes into the tourney on a 10 game win streak.

Arlington is led by Kylee Bruning and Jaidyn Spoon, who have combined for 83 hits, 59 runs scored, and 48 RBIs. Cadence Robinson leads the team with seven home runs and 34 runs batted in. Eagles’ ace Sarah Theiler goes into the tourney with a record of 17-6 and a 3.36 ERA.

Rest of the tourney

In Class A, Papillion-La Vista comes in as the No. 1 seed and a thus-far perfect 31-0 record. The Monarchs have 14 state championships since 1995, with the most recent coming in 2017. They were one win shy of No. 15 last season but fell to Lincoln Southwest. The LSW Silver Hawks are the No. 7 seed this year, but after winning the title as the No. 5 seed last season, they’ve proven it’s not just the higher seeds that have a legit chance to win it all.

Last year’s Class B champion Elkhorn failed to qualify for this season’s tourney, but Wayne moving up a class ensures there’s one returning state champion in the field. Omaha Skutt Catholic takes the top seed with a record of 27-2. Should HHS get past Wayne, it’ll most likely have the Skyhawks waiting in the second round.

Fairbury is the No. 1 seed in Class C, with a 24-4 record. The Jeffs have already played and defeated three teams from the state tourney field, including a pair of wins over Malcolm — which happens to be their first-round opponent.