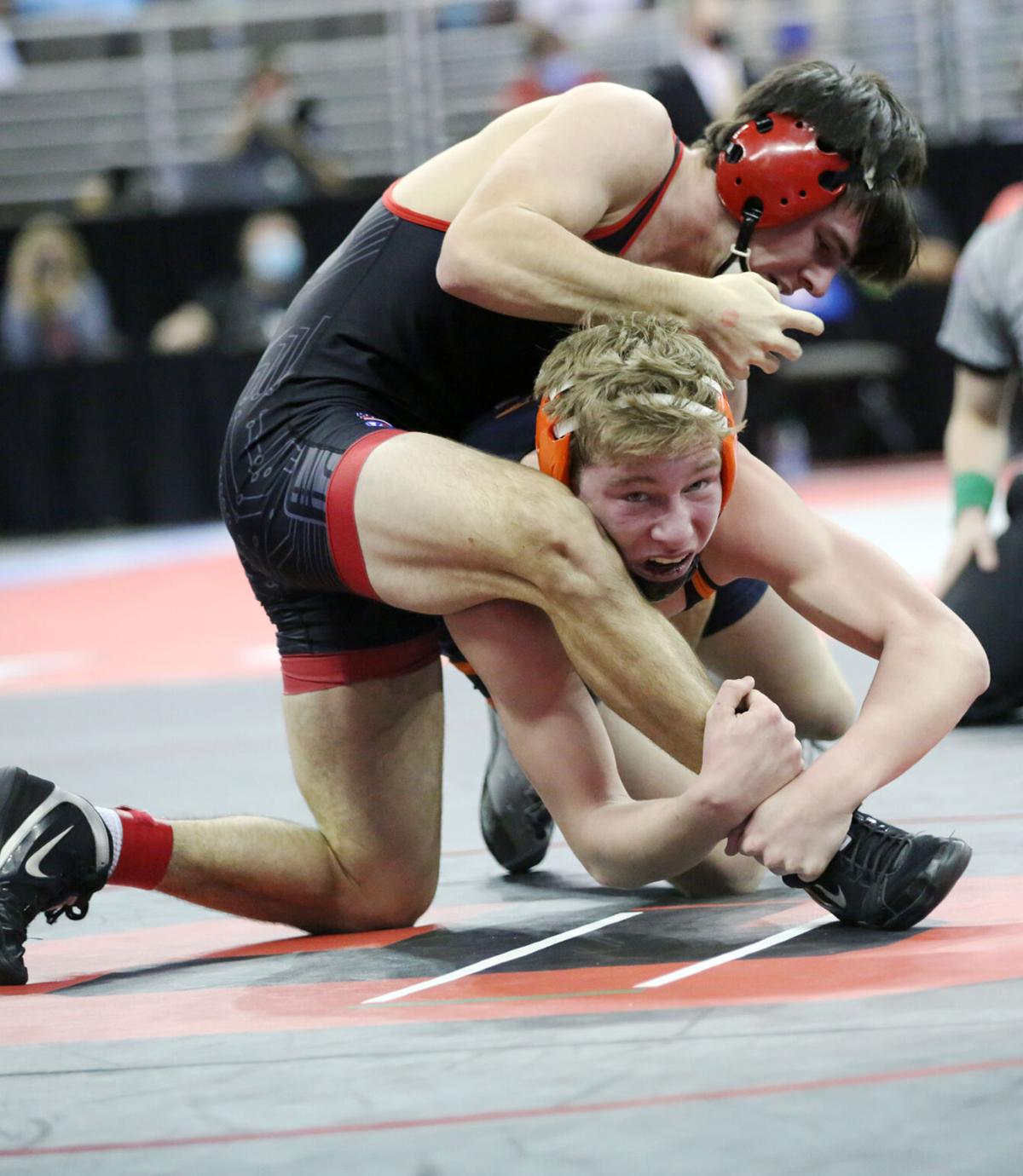 Hastings’ Landon Weidner wrestles Aurora’s Trevor Kluck in the Class B 145-pound championship match Saturday during the state tournament at the CHI Health Center in Omaha. 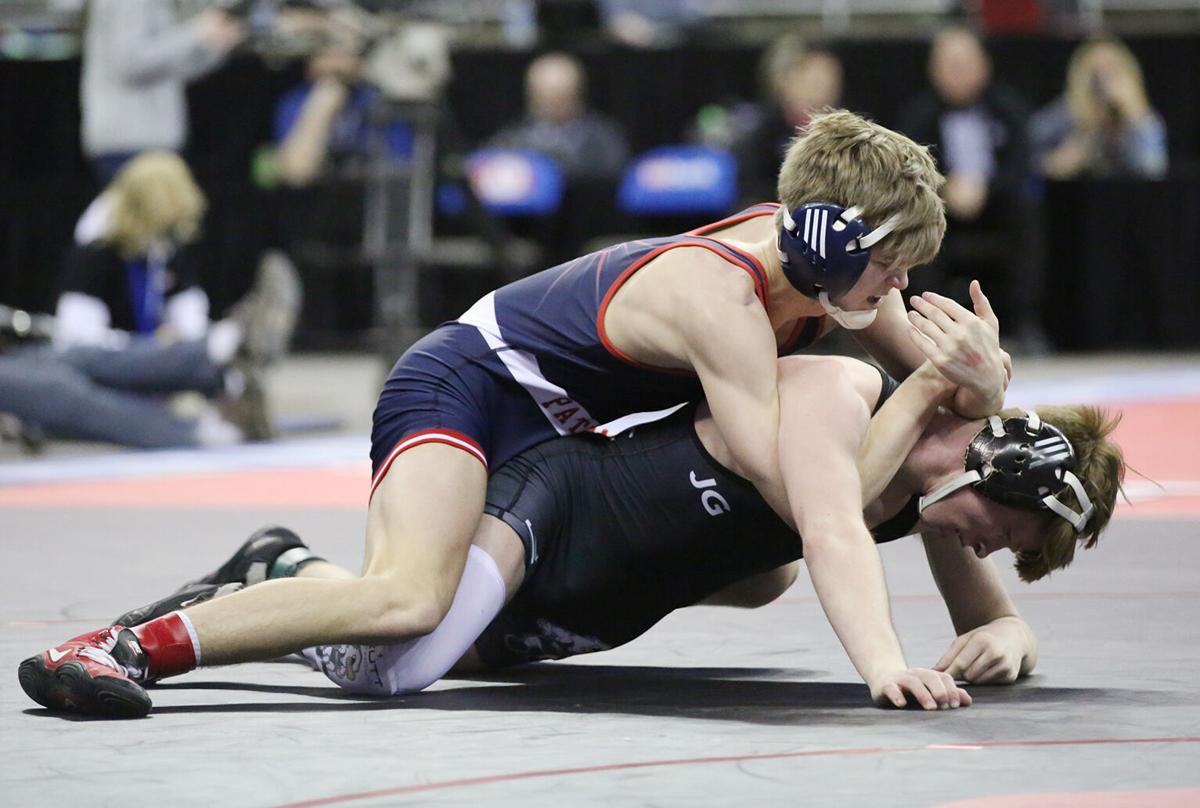 Hastings’ Landon Weidner wrestles Aurora’s Trevor Kluck in the Class B 145-pound championship match Saturday during the state tournament at the CHI Health Center in Omaha.

Kort was up against Omaha Skutt's Zachary Ourada and got on top of the Skyhawks' 120-pounder in the second period with an escape. But Ourada took control of the match just 40 seconds later with a takedown to put him up 2-1.

Ourada took bottom position in the third period, and Kort could not find a way to gain any ground on top. He finally let Ourada up with an escape, but he couldn't get the takedown to tie the match.

"Throughout the match, I couldn't really get in on his legs, he was so squared up," Kort said. "He wrestled a good match. I thought I wrestled an alright match; I could have done better. But it is what it is, and I'll just be back stronger next year."

AC head coach Dan Lonowski knows Kort is disappointed with the loss, but the coach saw growth in the young sophomore.

"Being in the spot he is, he's actually helped the wrestlers slightly heavier and slightly lighter, and he's made those kids better and brought them to a new level," Lonowski said. "That's exciting when you have a kid like that in your workroom."

Weidner was also the first to score in his match, getting on top of Aurora's Trevor Kluck with a takedown. He then took a 3-0 lead at the start of the second when Kluck let him up with an escape before the period began.

The HHS sophomore led 4-2 before Kluck tied the match with just 10 seconds remaining in the second, and another takedown in the final minute gave Kluck a 6-4 lead. Weidner tried to work from the bottom but he was unable to shake off Kluck or reverse position.

"Landon has a lot of heart. His preparation was good, we just didn't get it done," said HHS head coach Nolan Laux. "Kluck's a great competitor; we knew that coming in. He's a really good wrestler and we had to wrestle our best match. We wrestled well in the first period, we just kind of let it get away from us. Landon will be back though; he's hard nosed and works his butt off. He'll be fine moving forward."

The Tiger standout placed third last season and showed dominance throughout the year. He believes Saturday's loss will motivate him to get that gold medal he so desires.

"I'll be on top of the podium next year, I promise you that," he said.