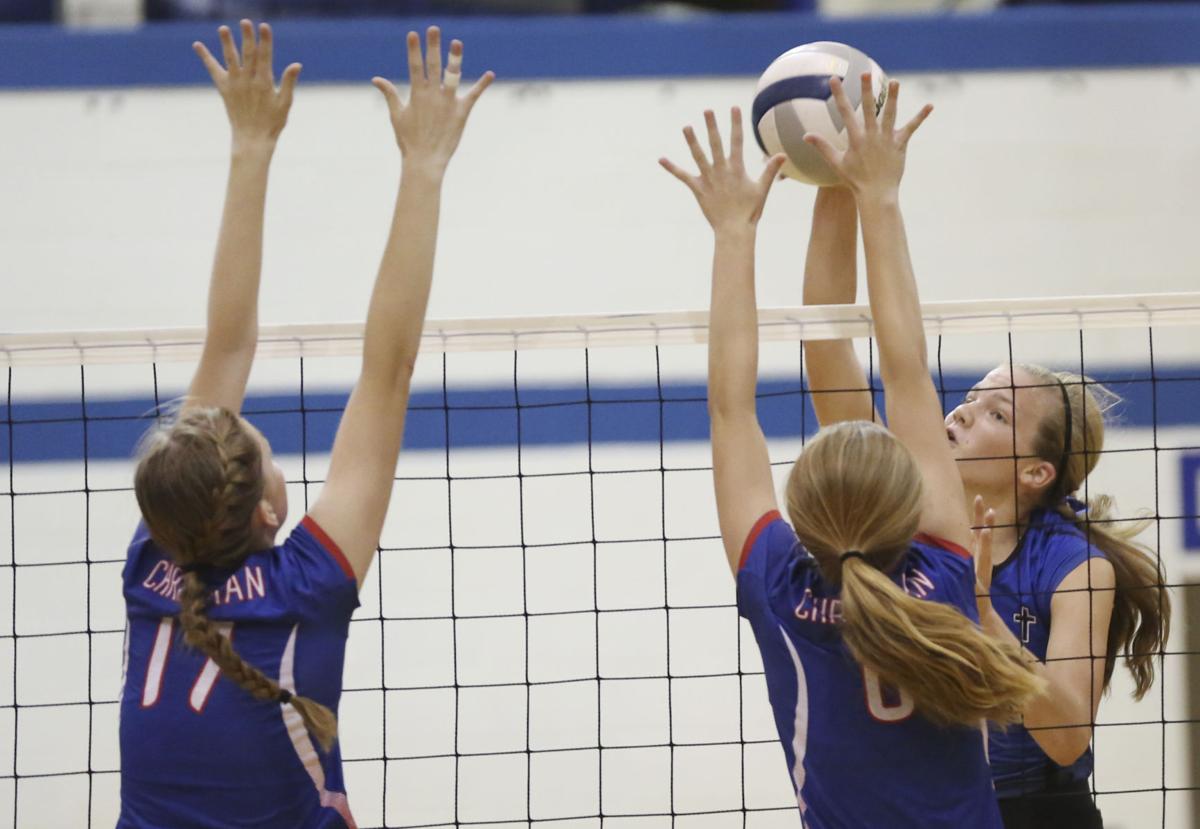 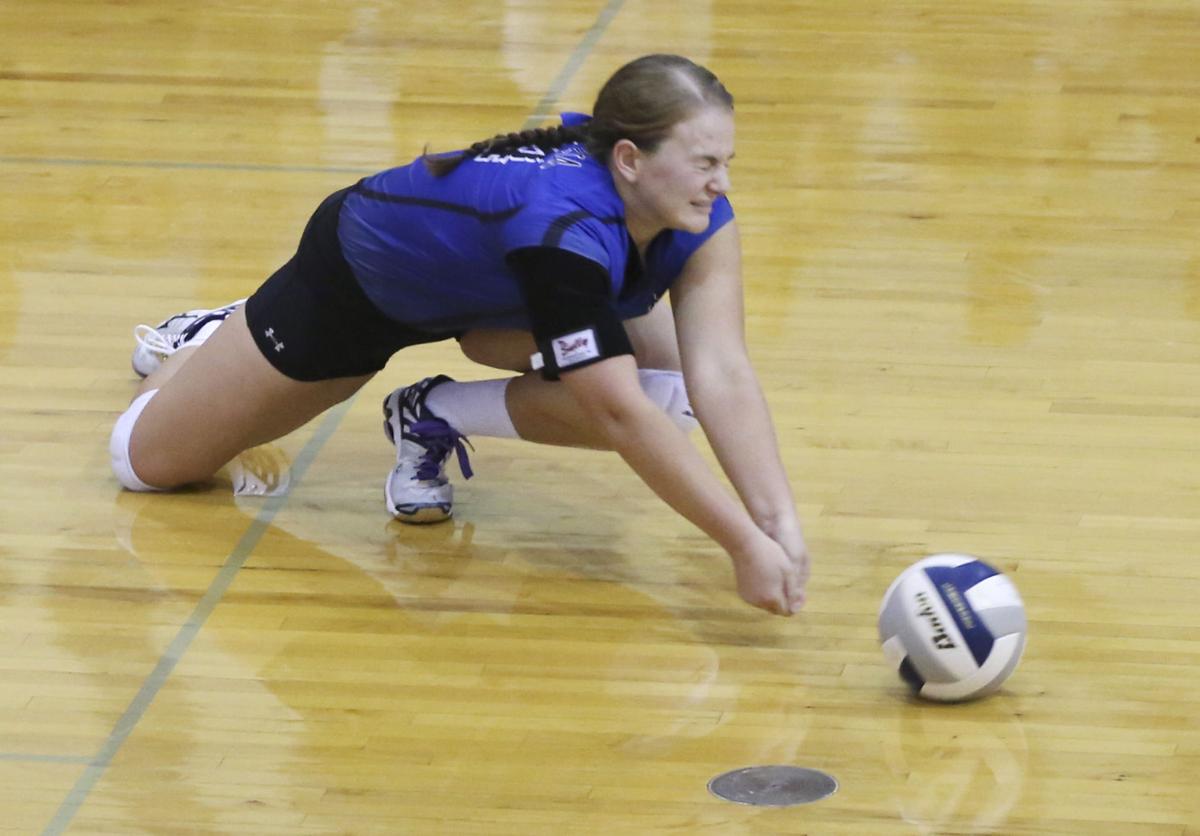 St. Cecilia's Claire Rasmussen dives the the ball in the second set against Lincoln Christian Thursday at Chapman Gymnasium in Hastings. 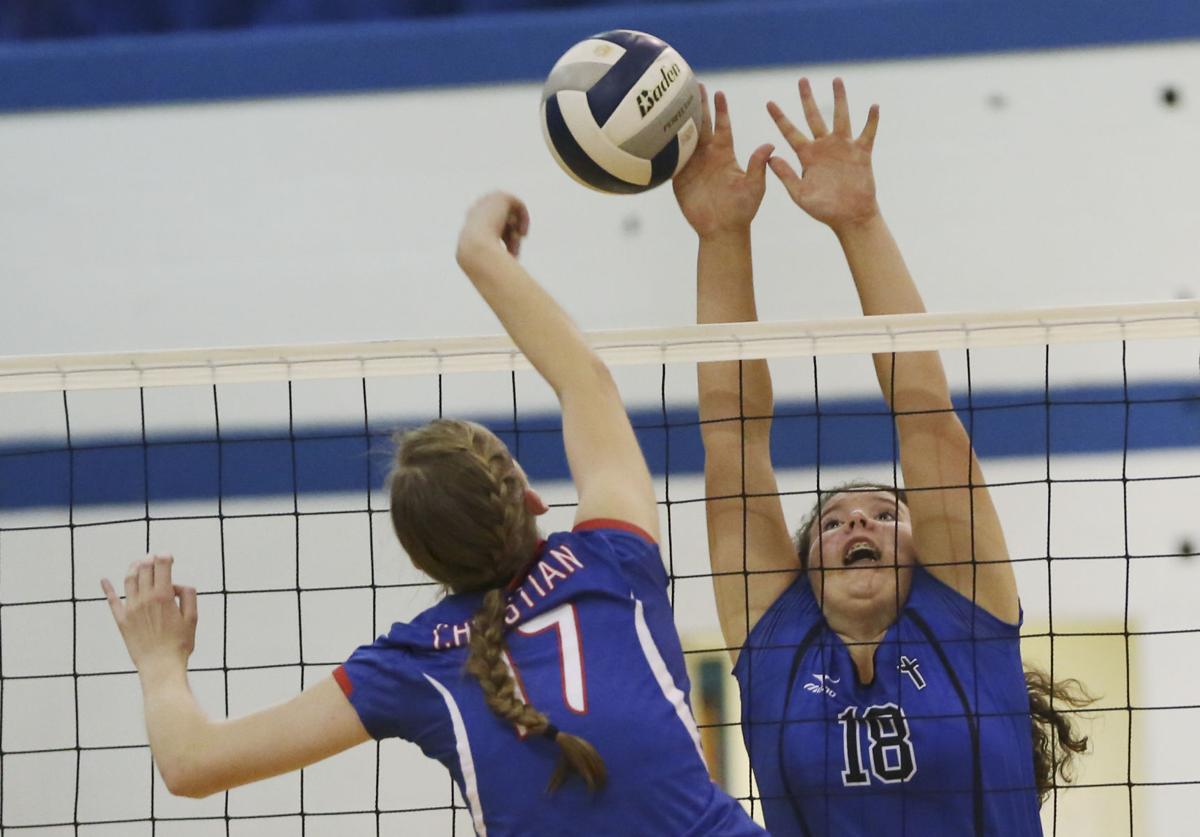 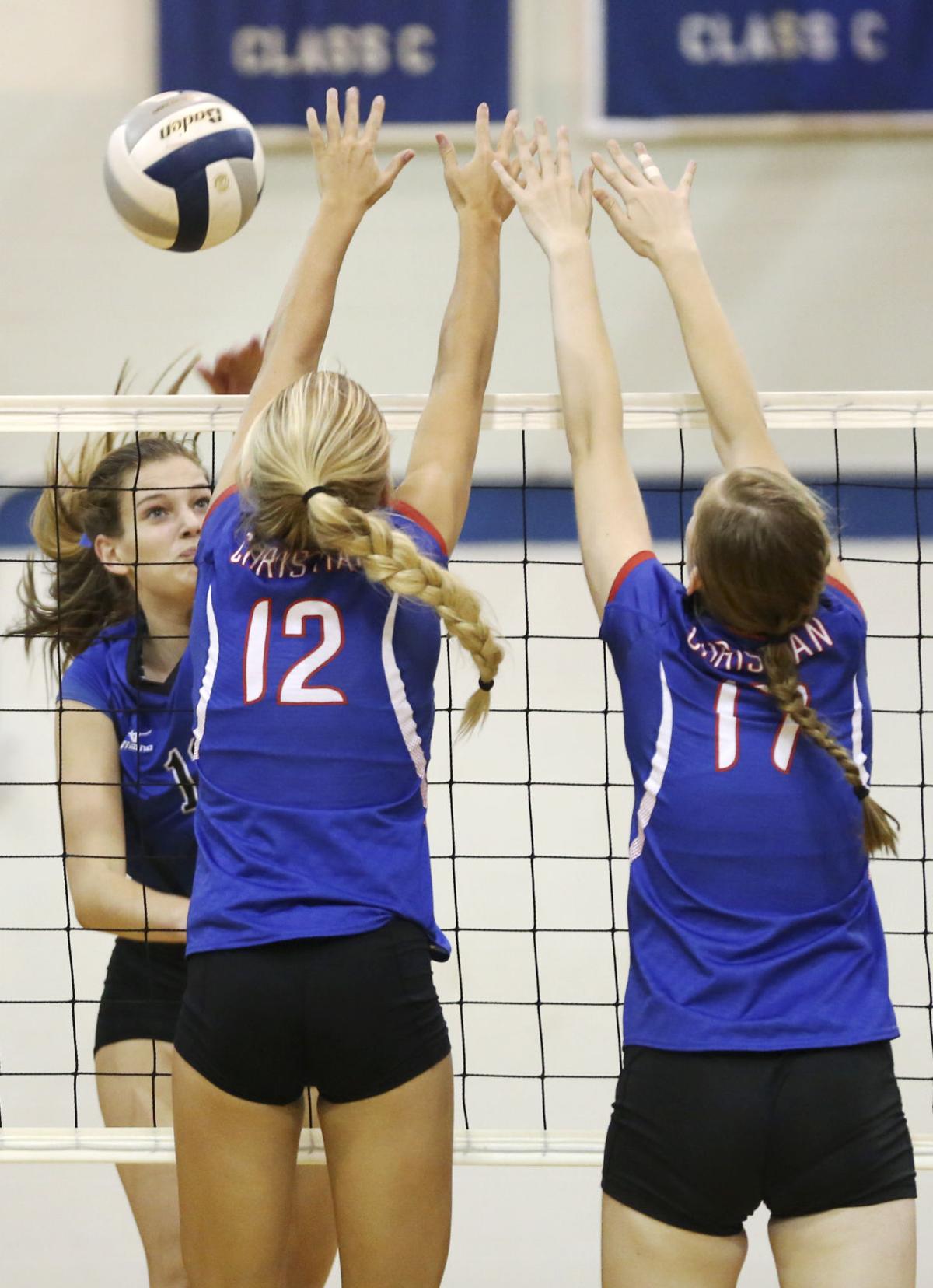 St. Cecilia's Claire Rasmussen dives the the ball in the second set against Lincoln Christian Thursday at Chapman Gymnasium in Hastings.

St. Cecilia didn’t win either of its matches in a season opening triangular at Chapman Gymnasium on Thursday, but that didn’t mean things were all negative, either.

The Class C-2 No. 3-ranked Hawkettes, sometimes playing with three freshmen and other varsity newcomers on the floor, showed improvement from their preseason scrimmages a week ago at the Bill Marshall Volleyball Classic.

“There were a lot of good things. That team tonight was completely different than what I saw last Friday,” said head coach Thera Jones. “If we’re going to start the season like this, that makes me excited about how where we’re going to end.”

The Hawkettes blew a 24-20 lead in the first set and an even more costly 24-21 lead in the decisive set.

“Lincoln Christian is really good and we had our opportunities to be the better team against them,” Jones said. “Both of those sets, all we had to was just side out. That’s all we had to do. Finishing is our weakness right now. We’re young — and I know I can’t keep using that as an excuse.”

“I think losing the first set took a toll, and we became our own mental enemies right there,” Jones said. “But, you expect that from a young team. You’ll have those mental breakdowns. We’ll move on.”

Asher had three ace serves and 26 assists from her setter position against Lincoln Christian. She followed with 12 assists against GICC.

Jones was really pleased with the play of Thomas, a 6-foot outside hitter. She had a team-high seven kills in the nightcap, an encore of a five-kill performance in the first match. Vertin added four kills against Lincoln Christian.

“I think they were all just more comfortable,” Jones said of her youngsters. “Last week, we were able to get some of those nerves out and get those things out of the way.”

Skoch — the reigning Tribland Volleyball Player of the Year — had 16 kills and five blocks in the opener and followed with six kills against GICC. Rasmussen had six kills and a pair of ace serves against Lincoln Christian.

“I could tell a total difference in our defense,” said Jones, comparing her team’s performance from last week’s scrimmages. “There’s still some room for improvement, but these girls knew where they were supposed to be and they were quicker about it, too.”

“GICC and Lincoln Christian are amazing teams and they’re both going to have good seasons,” Jones said. “I’m proud of how they brought out the best in us. That’s good, too, because I can have a true picture of who we are and where we need to be.”