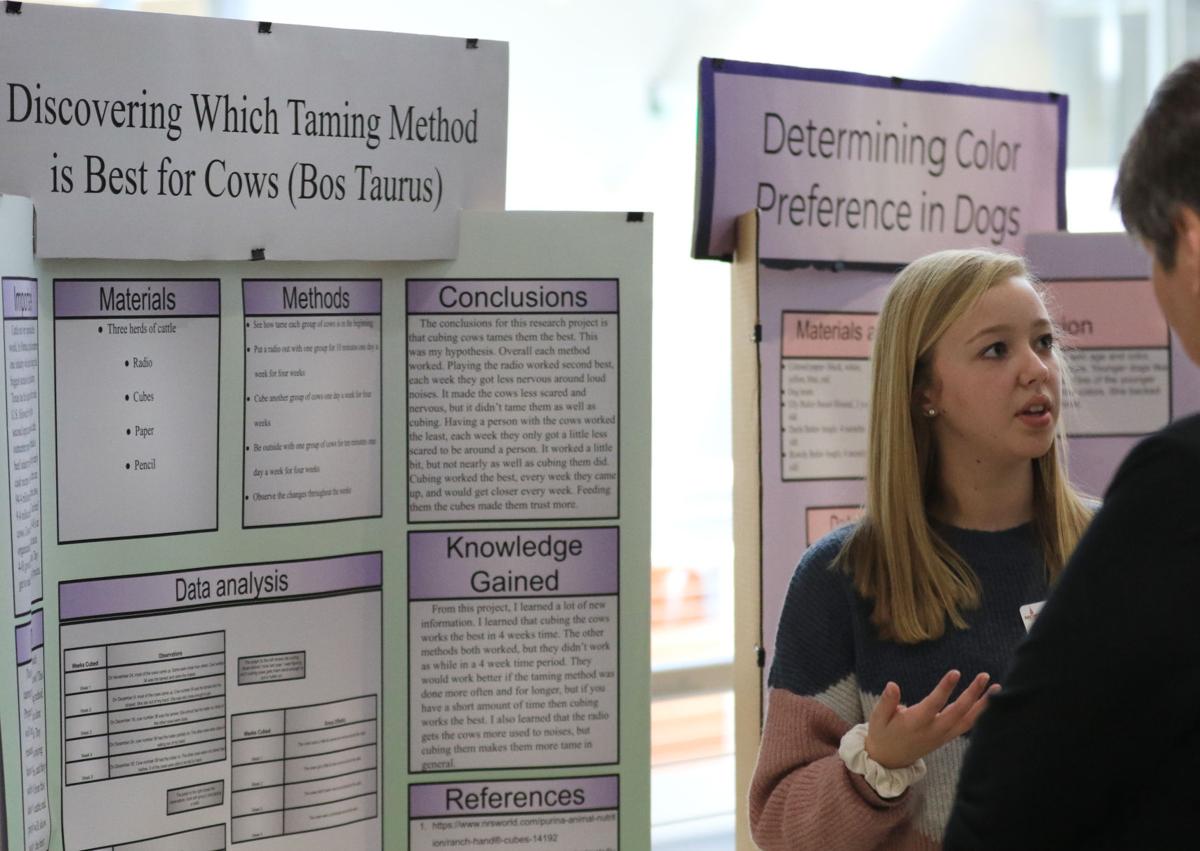 Silver Lake student Lana Swanson talks to the judges about her project during the Nebraska Junior Academy of Sciences Regional Science Fair Wednesday at Hastings College. 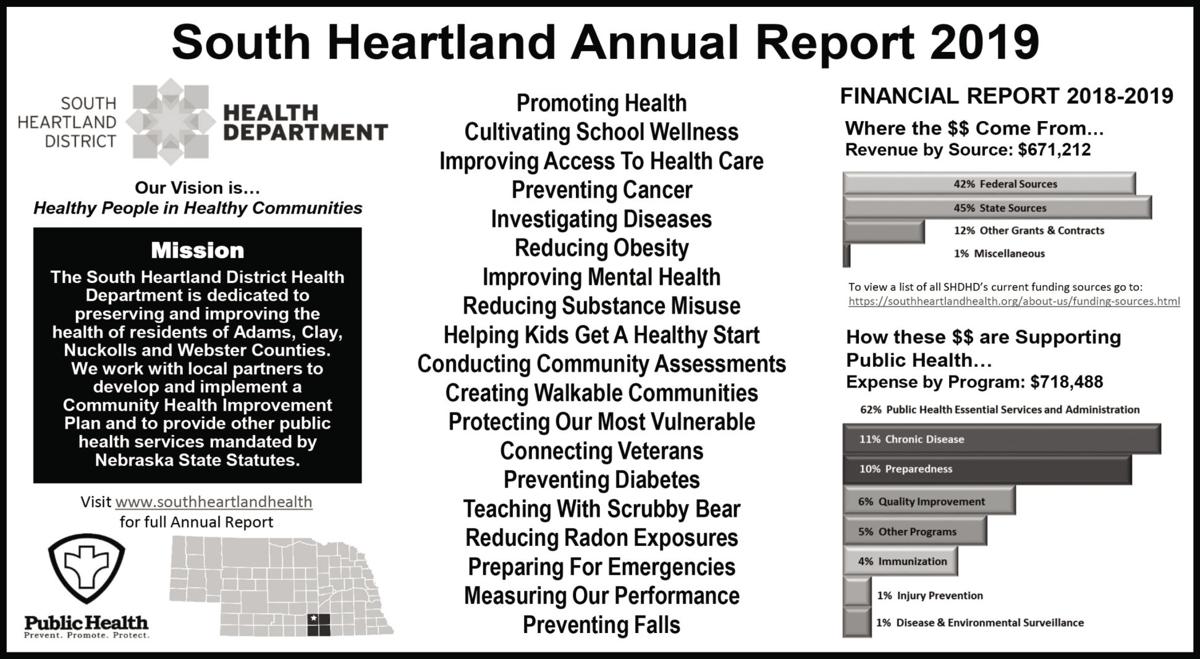 Last year, Kassi Jones, a sophomore at Silver Lake High School, wanted to scientifically prove that farmers and ranchers are good stewards of the land.

This year, her goal is to prove producers are good stewards of the air.

Kassi got interested in the subject last year when she heard that cattle — and consequentially, ranchers — were producing more methane than some other polluting industries. Methane is a greenhouse gas and is a contributor to climate change.

Kassi, whose family owns over 350 head of cattle, knew that ranchers do everything in their power to take care of their land.

“When people say we (ranchers) are hurting our planet, it’s false. It hurts us,” she said.

So, Kassi conducted her project to answer questions she had about cattle and methane production.

Kassi was one of a handful of students who expanded on their projects from previous years. Neil Heckman, NJAS regional director, said students can benefit from digging deeper into a particular subject

“I think if they’re really interested in what they did the previous year, they can gain some greater insight and further depth in their studies,” Heckman said.

He did note, however, that some students would benefit from getting out of their comfort zone and working in another area.

“For other students, getting a fresh idea is better. Sometimes when you do a similar project the second year, you don’t have that hunger to learn,” Heckman said.

Adams Central juniors Ethan Rogers and Blaine Pleak also continued off a project from last year. In 2019, the duo experimented with five different algaes to determine which algae grew the fastest, in order to produce the most biofuel.

This year, they did an actual biofuel extraction from the two most prolific algae of the previous experiment. The extraction process, called a Soxhlet extraction, expanded their biology project to include chemistry.

Ethan said they got interested in biofuels because they wanted to understand what fuel alternatives have a lower carbon footprint.

“As the fuel of the future, algae biofuels might be the key to solving air pollution,” the two wrote in their project’s abstract.

Senior division qualifiers and their project titles are:

Junior division qualifiers and their project titles are: