While Hastings Utilities purchased more natural gas than is typically needed due to February’s record-breaking cold, the city utility department also saw a windfall when it came to wholesale electric revenue.

Derek Zeisler, director of marketing and energy supply for HU, gave a presentation about the February extreme weather financial projections at the Hastings Utility Board meeting on April 8.

When it came to electric production, Hastings generated about $13 million in wholesale electric revenue sold to the Southwest Power Pool market during February.

The Southwest Power Pool market has been averaging between $20 to $30 per megawatt-hour.

Electricity-generating entities submit an offer curve for units of production, stating the pricing required for them to be able to cover their costs.

The SPP has a cap of $1,000 per megawatt hour on this market. Due to a jump in gas prices in February, the cap had to be lifted.

Zeisler said there were instantaneous spikes that were very high. The official recalculated Southwest Power Pool Locational Marginal Price recorded high was just over $4,000 per megawatt–hour.

Everything the Whelan Energy Centers generate goes back into the Southwest Power Pool market. Everything the city buys comes from the market.

“Our generation serves as a hedge against all of our city electric costs,” Zeisler said. “Even though what we were paying for power for the city was high, what we were selling was also high.”

As a result, the electric energy adjustment cost will be driven down to zero. That amount is based on a rolling 12-month average.

“This will impact rates for our customers to the positive for at least the next 12 months,” he said.

Zeisler said the electric energy adjustment cost had resulted in $2 to $3 on a typical monthly household bill.

“If you all remember, when we went through that cost-of-service study we worked very hard to get fixed costs out of that EAC,” he said. “So it was strictly the price of energy. The price of energy remains low, so that’s why the EAC remains low. Usage usually goes up in the summer months, so this will benefit during some of the highest months there.”

The city’s electric rate stabilization fund has historically been low because there has been a hedge made possible through generation.

“This gives us an opportunity to utilize these monies a few different ways,” City Utility Manager Kevin Johnson said of the wholesale revenue. “We haven’t determined exactly what the dollars are but we’ve been in contact with Robin (Ginn, city accounting manager) and Roger (Nash, city finance director) about using some of these excess monies, this opportunity, to supplement our rate stabilization fund on the electric side. Obviously, having a rate stabilization on the gas side has been a benefit to us during this extreme weather.”

The city’s electric rate stabilization currently has about $2.5 million.

“So this will give us an opportunity to beef that up a little bit,” Johnson said.

He said the wholesale electric revenue could be used for infrastructure replacements as well as leveraging any potential rate increases.

The last cost-of-service study recommended at least a 1% rate increase over the next four years.

When it comes to gas, Hastings Utilities customers will continue to see slightly higher-than-typical bills through March 2022, after seeing an initial jump immediately following prolonged freezing temperatures in February.

Before the cold snap, prices were steady at around $2.50 per MMBtu. During the peak of the cold weather, prices skyrocketed to $187.69 per MMBtu.

Hastings saw a $6.25 million natural gas shortfall. Of that amount $3.75 million will come from the rate stabilization fund and $2.5 million will be recovered through a purchase gas adjustment.

“We capped the March PGA for February usage to try to keep bills from being greater than 50% over what a typical February/March bill would be — so that’s where that PGA was capped — which leaves us with 12 months to spread the rest of this over,” Zeisler said. “Since it’s tied directly to actual gas usage, the recovery will vary depending on the weather and how much we’re able to recover each month off of that.”

Zeisler said what the capped purchase gas adjustment for March — based on February usage — and the $3.75 million from the gas rate stabilization don’t cover, Hastings will look to recover with a ccf adder — basically a surcharge — in addition to the regularly calculated PGA.

This adder will spread the remaining amount over the next 12 months, from April 2021 through March 2022.

The typical residential household likely will see an average increase of roughly $8 a month on the bill. Zeisler said that amount likely will be higher during winter months and low in summer months, depending on usage.

The purchase gas adjustment is influenced by the total cost of gas each month. It is recalculated each month, so it varies month to month.

The purchase gas adjustment will be reviewed and adjusted in September. It will be monitored each month.

March was warmer than usual.

“So we didn’t recover quite as much,” Zeisler said. “However, we’re still working through some discussions with some of our contractors when it comes to the transmission and the natural gas. We’ve been able to help some of those numbers modestly, as well, so that will also help keep this in check.”

School districts in Hastings, Kearney and Grand Island are working together to prepare future administrative leaders.

Hastings Public Schools Superintendent Jeff Schneider introduced the Tri-City Ascend Academy during the Hastings Board of Education work session on Thursday. Ascend Academy is an internship program that would send one candidate from Hastings, Kearney and Grand Island public schools to spend nine weeks during the fall semester working as an assistant principal in an elementary school at each of the other two cities.

He said superintendents for the three districts started talking about the Tri-City Alliance two years ago.

“It’s sometimes hard as an individual district to achieve some of the larger goals, but when you put the three school districts together you’re talking about over 17,000 students, and obviously a large number of educators, in the Tri-City area,” Schneider said. “The idea was to look at, ‘Are there things we could do together that we can’t do by ourselves?’ ”

All of the school districts struggle to find a deep pool of qualified candidates for leadership positions.

“But the day will come that we do,” Schneider said. “Are we getting prepared for that, and what are we doing to grow our own candidates? All three school districts struggle with this.”

He said leadership has a huge effect on the learning and improvement that takes place in a district.

“If you think about a teacher, we’ve got great preparation in the undergrad for a teacher,” Schneider said. “They spend a semester student teaching, actually doing the work. We don’t do that for administrators. We just send them in for the first time.”

There is built-in mentorship in secondary schools with assistant principals.

“I ran into a conversation with a parent that I was totally unprepared for and knew nothing about,” he said. “I was really glad I could take 10 steps and say to that principal, ‘Hey, could you help me out with this?’ ”

He was blindsided by the conversation.

“I’ll never forget, he laughed and he said ‘You’re going to have these every day,’ ” he said. “Those things you don’t know until you get in it.”

The elementary level was identified because most elementary schools don’t have assistant principals.

“The idea is this; yes, they would learn what it is like being an assistant principal, but also that all three districts would take the best ideas from the three districts back to their home district,” Schneider said.

“I think this is an outstanding program,” he said. “I think it’s a great idea. What I’m most proud of is the three districts working together. Could we lose a good candidate to one of these two districts? We could, but we could also gain one from one of the other two districts.”

Grand Island and Hastings do this all the time.

Schneider sees the internship program as a starting point that could lead to more positive events down the road.

The internships would take place in the fall only, so the candidates would be eligible for administrative positions the following year.

Potential participants either need to have completed an administrative master’s degree or at least be substantially under way completing one.

There is an application and selection process.

Schneider estimated it would cost about $20,000 for a long-term substitute teacher to fill in while a Hastings teacher is interning.

There may be years Hastings doesn’t have a candidate.

“Because not everybody’s going to be in a place with their family where they can drive to two other communities for a semester,” he said. “They are going to be long days, and it’s going to be a demanding program, but one that gives them a chance to find out if this is something I want to do and am I committed to this?”

The number of new cases of the novel coronavirus disease, COVID-19, being recorded daily in the South Heartland Health District was larger over the last seven days than it was in the seven days before that.

That was the word when the district health department issued its regular Thursday evening news release updating COVID-19 conditions in Adams, Webster, Clay and Nuckolls counties.

South Heartland reported 16 new laboratory-confirmed cases of the disease for Tuesday through Thursday — new cases that bring the district’s cumulative total to date to 4,622. The district recorded its first case on March 18, 2020.

New confirmed cases for the most recent three-day period include 13 in Adams, one in Clay and two in Webster. By county, the cumulative totals are 3,016 in Adams, 752 in Clay, 505 in Nuckolls, and 349 in Webster.

Michele Bever, the health department executive director, made note of the increasing number of new cases.

“In the past seven days, South Heartland received 25 positive lab results, for a daily average of 3.6 positive cases per day,” she said in the news release. “The previous seven days before that we averaged 2.7 cases per day.”

At the same time, however, Bever had positive news to share concerning vaccination progress in the health district.

As of Thursday, 32% of South Heartland residents had received at least one dose of COVID-19 vaccine, which protects against severe illness, hospitalization and death caused by the SARS-CoV-2 virus and variants.

The number of district residents who have received their final dosage of vaccine also is rising steadily.

“We are pleased to report that 21% of the district’s population have received both doses of a two-dose series (Moderna or Pfizer COVID-19 vaccines) or have received the single-dose vaccine (Johnson & Johnson’s Janssen COVID-19 vaccine),” Bever said. “These individuals are considered fully vaccinated if it has been two weeks since they received their final vaccine dose. It takes about two weeks after completing the one-dose or two-dose series for most immune systems to be fully ready to fight the virus.”

South Heartland now is working through Phase 2B of the state’s vaccination plan, which makes all residents age 18 and up eligible to sign up for and receive their inoculations. Actually, the Pfizer-BioNTech vaccine is approved for usage in individuals as young as 16. (The Moderna and Janssen products both are approved for recipients age 18 and up.)

“We can control the spread of the virus by our actions,” she said. “The SARS-CoV-2 virus spreads easily person to person when people are close together, so prevention actions are important to interfere with the ability of the virus to spread. What works is to avoid crowded places, avoid close contact and avoid confined spaces. Physical distancing and wearing a mask correctly over nose and mouth can help reduce the ability of the virus to spread. Finally, we encourage everyone who is eligible to get the COVID-19 vaccine as soon as you are able.” 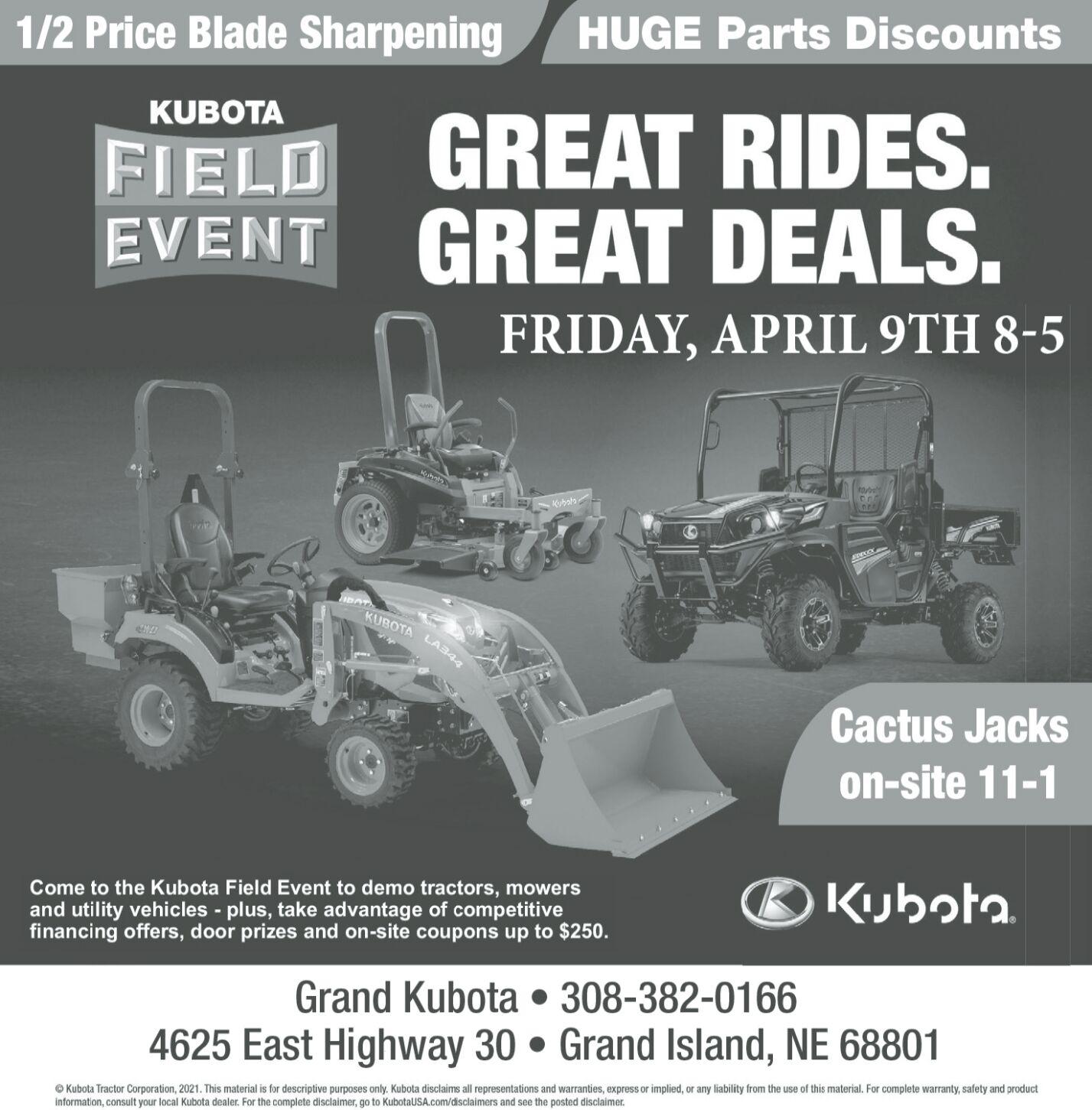