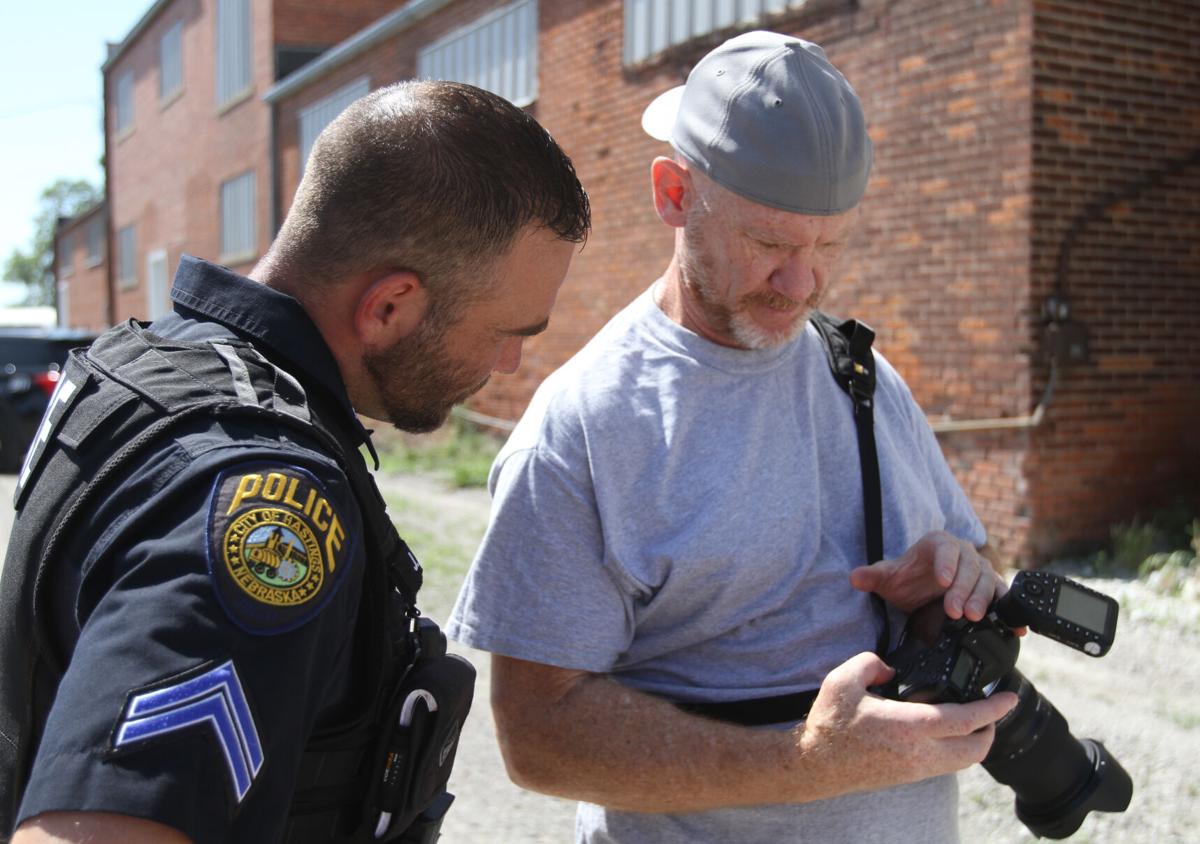 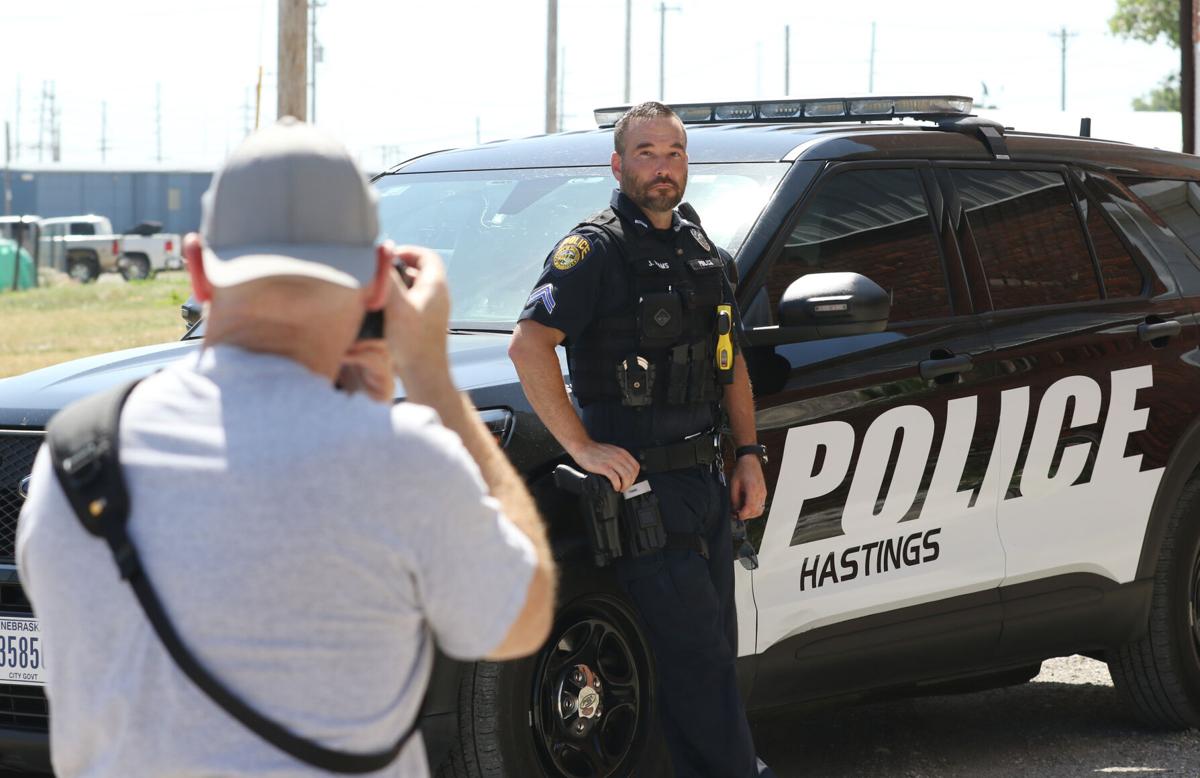 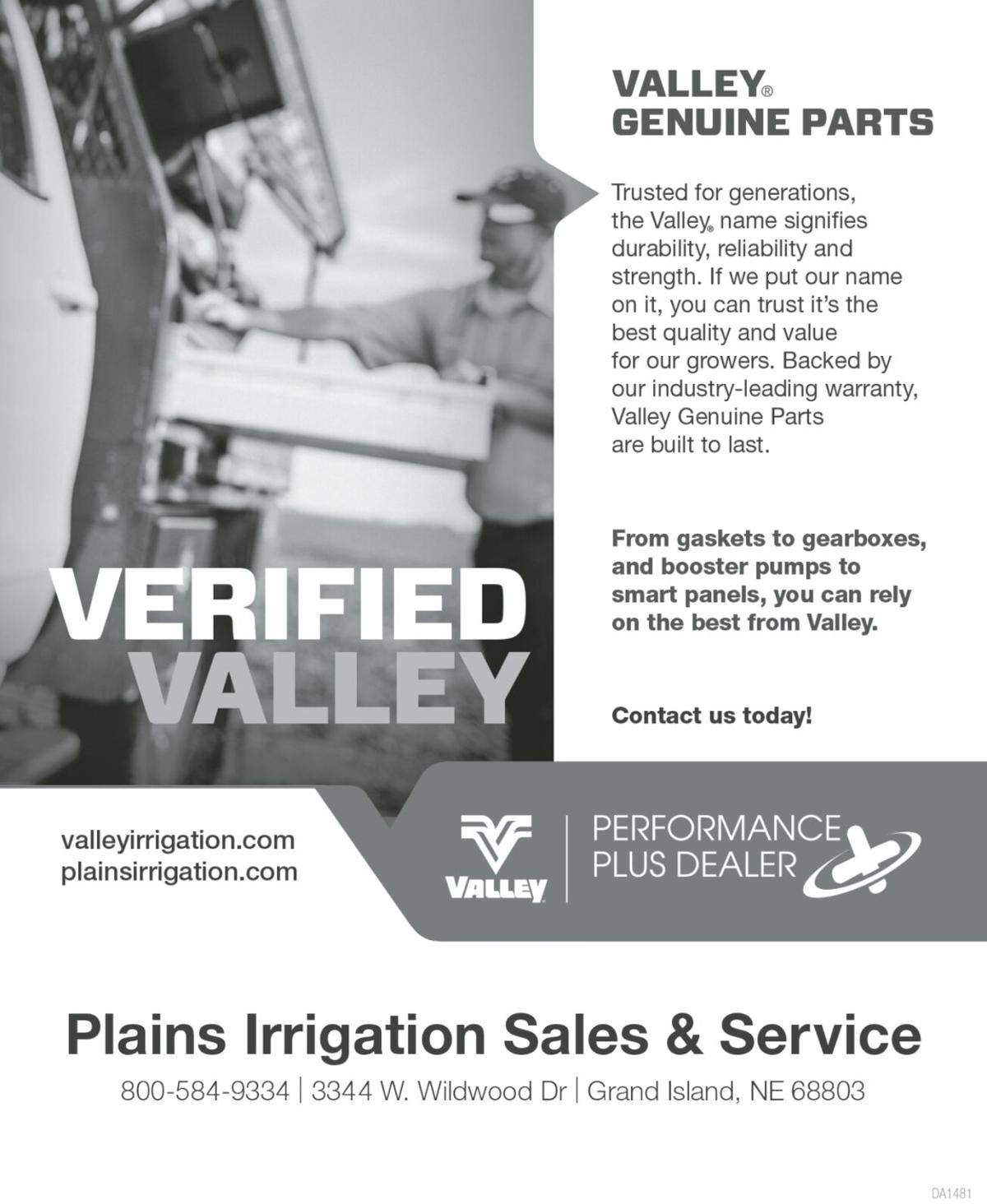 A s a deputyturned-photographer, Charlie Simmons of Aurora, Colorado, wants to take pictures that highlight the pride and dedication law enforcement officers have in their jobs.

That’s the goal of the nonprofit organization he founded in 2018, Badges Across America. And it’s the reason Simmons spent nearly a week with the Hastings Police Department.

Simmons is a retired sergeant, formerly of the Jefferson County Sheriff’s Office in Golden, Colorado, and spent 27 years in law enforcement.

In 2011, he had been with the Jefferson County Sheriff’s Office for nearly 20 years and realized there were only had a handful of photos of him on the job. Asking his co-workers, he found that was the same for most in the field.

“I noticed we had very few pictures of us doing our jobs as law enforcement,” he said.

Photography had been a hobby of Simmons’ for years and he decided to start carrying his camera with him on duty. When the situation allowed for it, he would take pictures of his fellow officers doing their jobs. In the next seven years, Simmons took photos of a variety of law enforcement activities, ranging from traffic stops to intense training sessions with K-9 units or SWAT teams.

He created short photo montage videos and shared them with his co-workers, who thanked him for sharing the photos and received positive feedback. Many told him their families were happy to be able to share in their experiences since they had never seen them at work before. He started getting requests for portraits, team photos and action shots, which helped build camaraderie and pride in the agency.

“They thought it was fantastic,” he said. “They said, ‘You need to take this and expand on it.’ ”

By the time he retired in 2018, Simmons had taken around 4,700 photos. Although he was no longer an active officer, he decided he wanted to continue pursuing his dual passions for law enforcement and photography.

Simmons said he realized he could use his passion to help build morale in other agencies and give them another way to connect with their community.

He began reaching out to other law enforcement agencies to offer his services.

Later that year, Simmons decided to found Badges Across America.

The mission of Badges Across America is to help build trust between law enforcement officers and communities through the use of mixed media, connecting faces to badges. The organization also highlights individual stories within departments to help build relationships.

The nonprofit’s work is funded entirely through donations. More information can be found at www.badgesacrossamerica.org.

Simmons’ work began to be noticed, especially by law enforcement agencies that found a special connection with the images.

One such officer was Kyle Williamson, a sergeant with the Hastings Police Department.

Williamson saw photos Simmons had taken of officers in Crete and was impressed by the outcome.

His excitement grew in March when Simmons reached out to HPD to offer to take photos of officers in Hastings. He talked to Chief Adam Story and offered to make himself available in whatever capacity was needed to make it work.

Once the logistics were worked out, Simmons came to Hastings on Sunday and is scheduled to leave Friday evening.

“I think it’s awesome,” Williamson said. “This is something I wanted to do since I saw Crete’s pictures. I’ve been following his work since.”With Williamson as a liaison, Simmons spent 14-15 hours a day meeting officers on duty and taking pictures. Some are portraits while others showcase officers on the job. Simmons and Williamson coordinated team photos with different shifts as well as the detectives and K-9 unit. Officers had the option to take photos wherever they wanted.

“If it’s possible, he’s going to make it happen,” Williamson said. “We’ve done some really fun pictures too. For him, it’s all about the cop.”

The photos taken will be provided to the Hastings Police Department. If the officer allows, the photos can be uploaded to Facebook or other social media. The images also can be kept for personal use.

“It helps us share with the community what our capabilities are,” Williamson said.

Simmons said his main goal is to provide another way to tell stories about an officer’s job. He tries to take photos he wished had been taken during his time in law enforcement and finds himself living vicariously through the officers. He loves when an officer is delighted by the photos.

“That makes it all worthwhile,” he said.