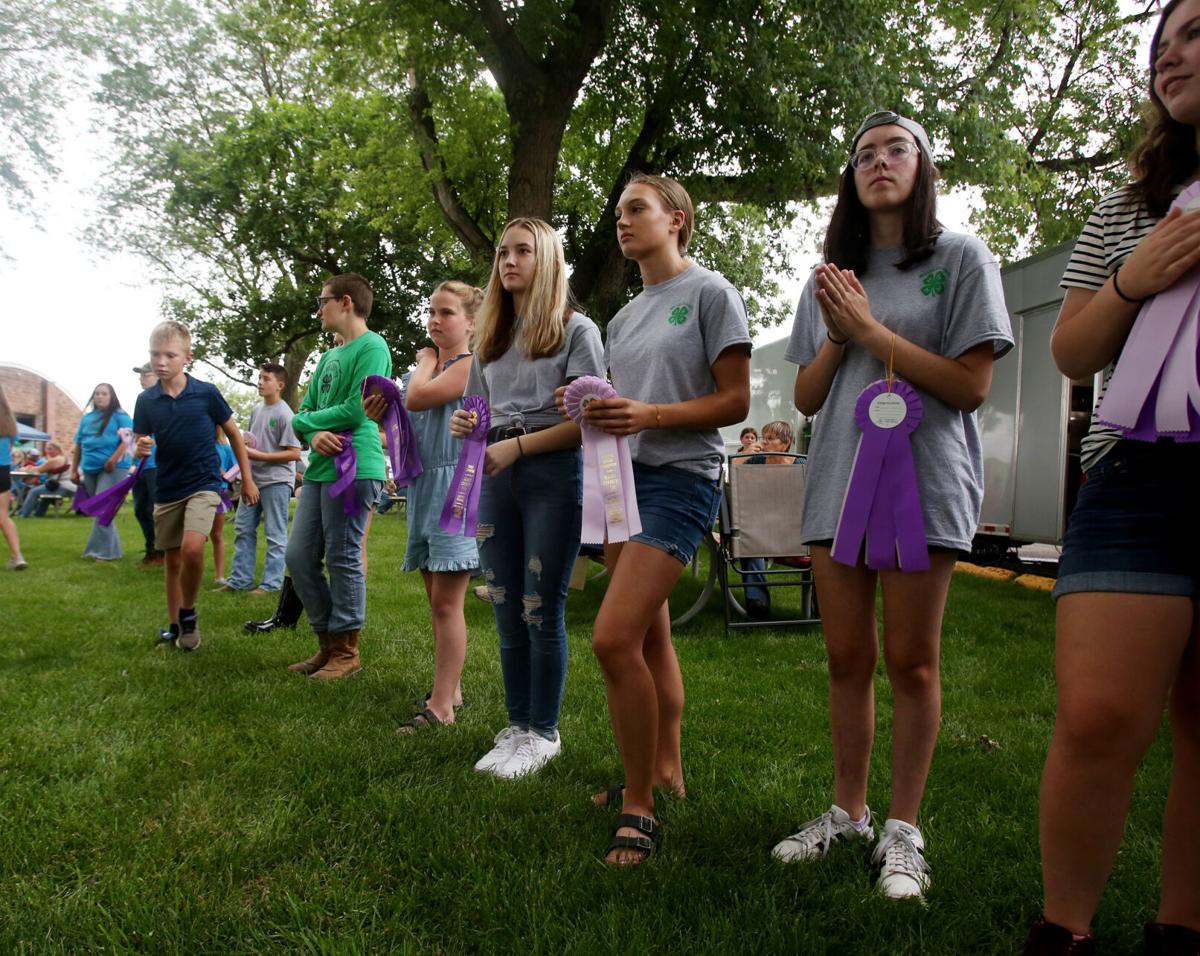 Grand champions and reserve champions for the static entries line up after receiving their ribbons at the Adams County Fairfest opening ceremony Wednesday. 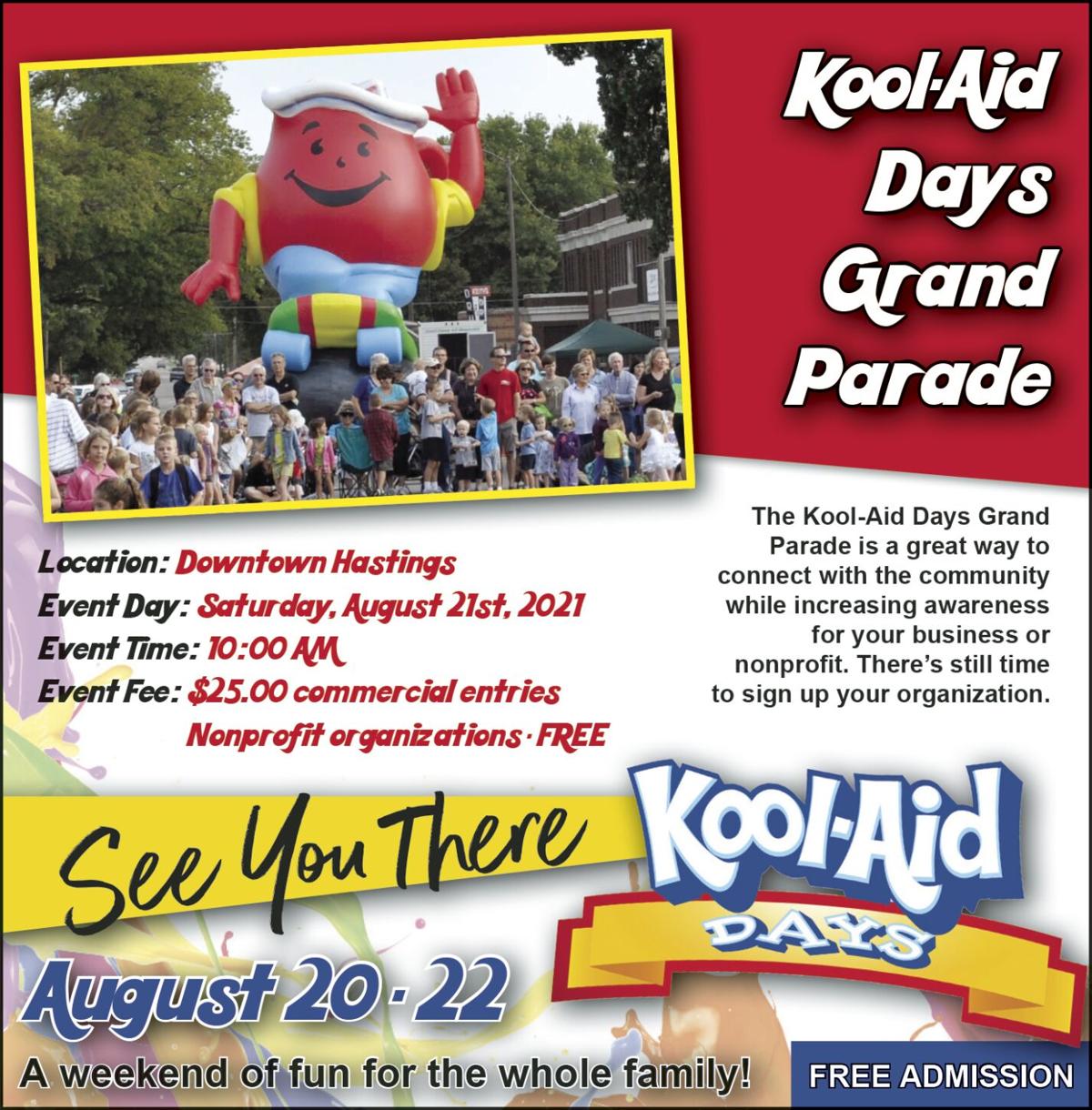 Scott Schneider, president of the Adams County Ag Society, welcomed the audience and said he appreciated July weather that didn’t hit the average of 90 degrees. Temperatures were in the upper 70s with a cooling breeze. Later in the evening, there were occasional sprinkles of rain.

“This is nice weather and coolness we’re not used to having at our fair,” Schneider said.

Festivities opened with the Knights of Columbus presenting the American and Nebraskan flags followed by a rendition of “The Star-Spangled Banner.”

“It’s usually 95 with the sun baking down on us so this is great,” Stutte said. “This is such a great way to celebrate all the good things going on in our community.”

Jimmy Pursell of Hastings served as emcee for the opening ceremonies.

“Welcome back to the Adams County Fair,” he said. “After a year absent, we’re glad to have everyone back here.”

Much of the activities generally associated with the fair were canceled last year due to concerns of preventing the spread of the novel coronavirus disease. A bare-bones approach was taken to the 4-H programs to prevent too many people from congregating at the fairgrounds.

Senior Grace Eckhardt of Kenesaw said she was glad that fair activities were able to return to normal this year. In her last year of an 11-year career in 4-H, she was glad to be able to spend time at the fair with friends.

“I’m happy we get to have a real fair this year,” she said. “We get to do this one more time.”

Grace was one of three recipients of the Ag Society Foundation’s annual scholarship. She was past president of the Kenesaw chapter of the FFA before she graduated in May. In the fall, she will be attending Northeast Community College in Norfolk to study agronomy and livestock judging.

“Being part of 4-H has been a large part of my life,” she said. “Without 4-H, I wouldn’t have known what I wanted to do with my life. It helped prepare me for life.”

Pens with rabbits, sheep, goats, swine, cattle and more showcased the projects 4-H’ers ages 5-18 have been working on in preparation for the fair. Attendees meandered through the buildings to see the various breeds.

In the area around Community Service Building Park, vendors tempted noses with the aroma of various fried foods.

Roger and Sharon Selley of Hastings brought their 4-year-old grandson, Blake Smutny. Sharon entered several quilts into the static exhibits, but Blake was more interested in the bright lights of the carnival rides. But before that, the group enjoyed tasty fair food and walked through the animal pens.

The fair continues through Sunday.