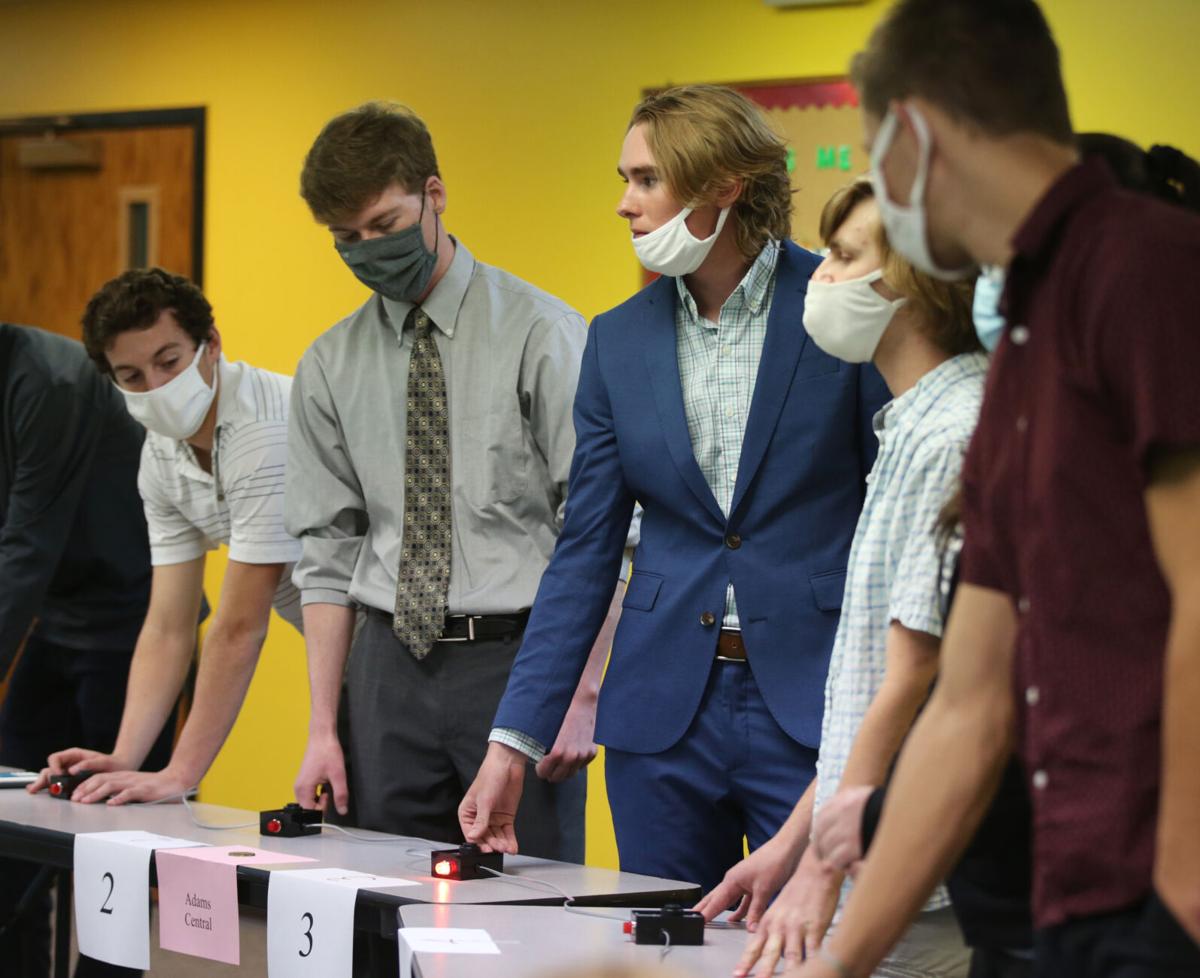 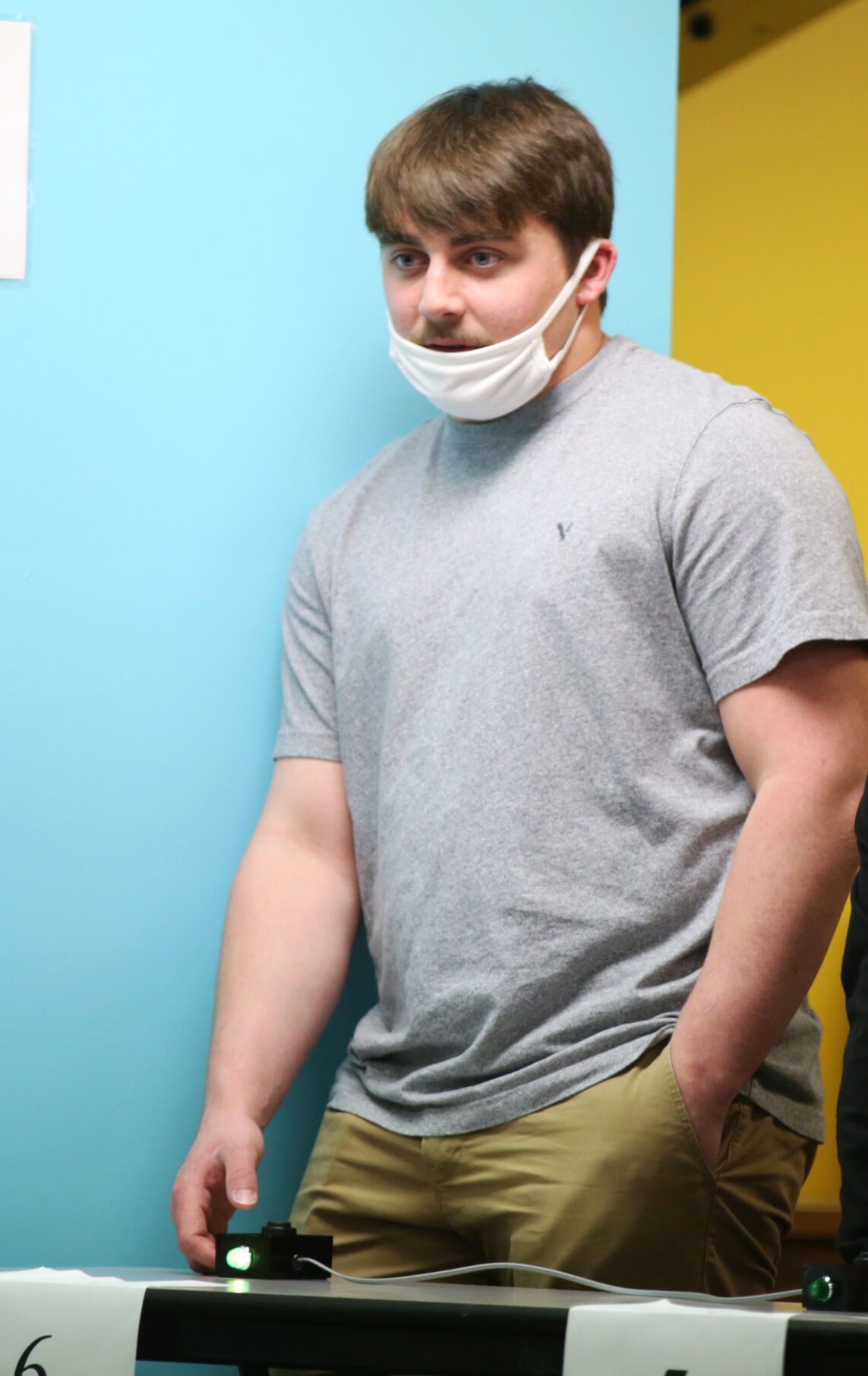 Adams Central’s Blaine Pleak buzzes in to answer a question during a match against Freeman at State Quiz Bowl Wednesday in Hastings. 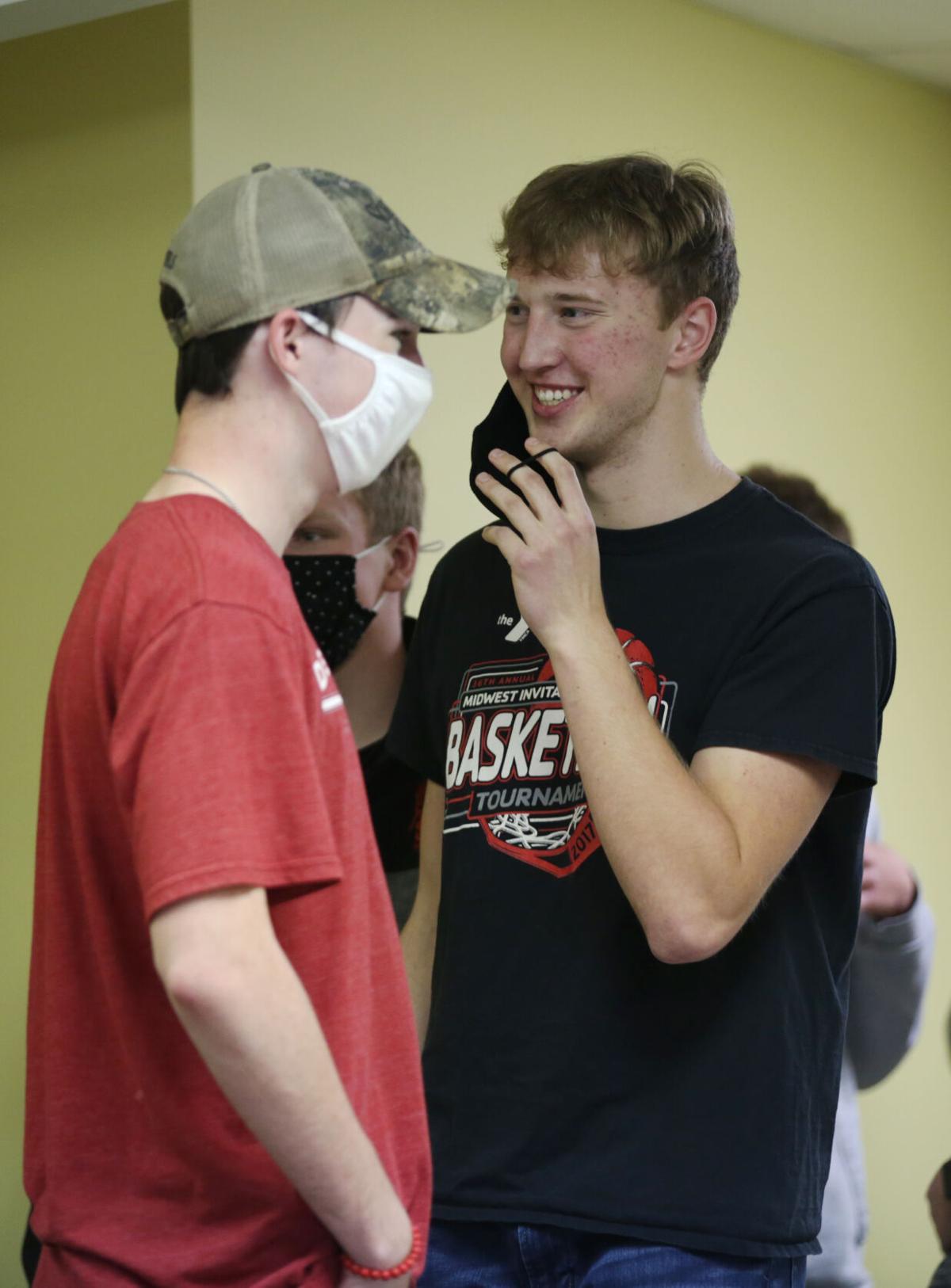 Adams Central’s Blaine Pleak buzzes in to answer a question during a match against Freeman at State Quiz Bowl Wednesday in Hastings.

Because Howells-Dodge went undefeated until the final round, Nebraska Evangelical Lutheran High School had to win two matches to become the champions of the double-elimination tournament.

Natalie Hueske, senior captain of the Nebraska Evangelical Lutheran High School team, said they faced a similar situation at the ESU No. 6 tournament, losing their first round and then rising through the consolation bracket to get to the championship.

Senior Alexander Endorf said it was nice to have a win for their senior year.

“We’re happy to be able to do this after it was canceled last year,” he said

Nathan Guhl, coach for the team, said the win is the fruition of the time and effort the team spent preparing. Even a last-minute roster change didn’t throw the team off as they competed for the title.

“This showed the hard work they’ve put in and demonstrated their God-given gifts,” he said. “It’s nice to show small schools can compete at a state level.”

Guhl said it’s the first time he can recall the school earning a state championship in a team sport.

A total of 25 teams from high schools across Nebraska competed in the contest.

Competitors in the quiz bowl need to have knowledge in a variety of areas. Questions cover a variety of categories, including social studies, language arts, science, mathematics, art, music, sports and current events.

Teams of six high school students each line tables with buzzers to answer the toss-up questions. The first student to hit the buzzer gets the chance to answer a question. A correctly answered toss-up question earns the team a chance at a bonus question for even more points. If answered incorrectly, the opposing team has a chance to take the points by providing the correct answer. At the end of the list of questions, the team with the most points moves on to the next round.

Adams Central lost to Norfolk in the first round but then won against Freeman in their first match of the consolation bracket. Adams Central then lost to Ogallala in the second round and was ousted from contention.

Minden beat Freeman in the first round of the tournament and then lost to Norfolk to drop to the consolation bracket. Minden won against Valentine but then lost to Cambridge.

Sutton had a bye for the first round and defeated North Bend in the second round. Sutton defeated Lutheran High Northeast (Norfolk), but lost to Nebraska Evangelical Lutheran. In the consolation bracket, Sutton lost to Gering, which went on to take third place in the tournament.

This year’s state competition, organized by ESU No. 9, was the first to be conducted in Hastings. ESU No. 9 was scheduled to conduct the 2020 contest, but it was canceled due to the pandemic.

Laura Ochsner, one of the organizers for the event with ESU No. 9, said longtime host ESU No. 11 approached them about taking over the state event.

“I think they respected the way we run our quiz bowl,” she said. “They were here today to help us.”

Ochsner said they have no immediate plans for changes next year, but likely will survey coaches for feedback.