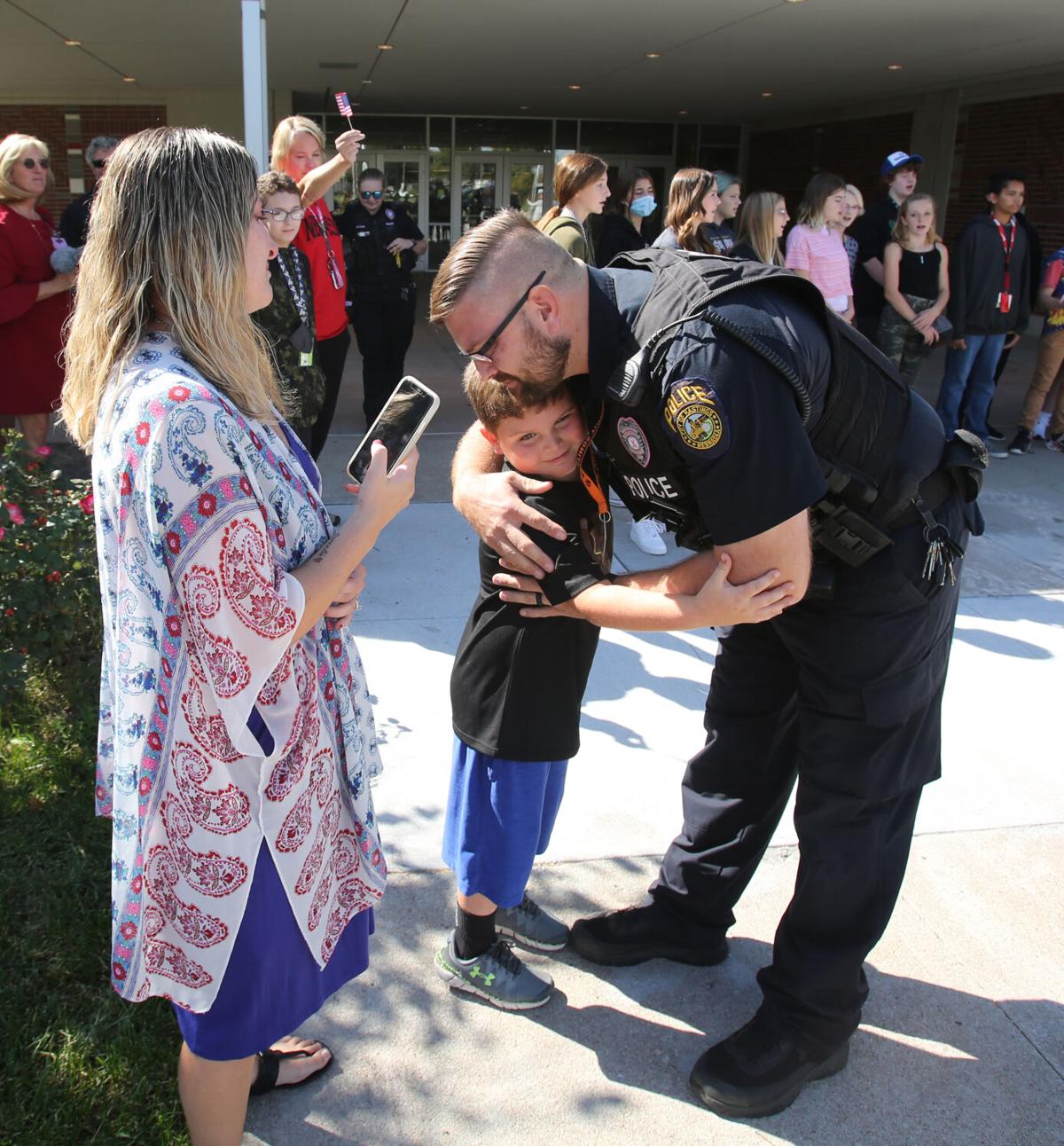 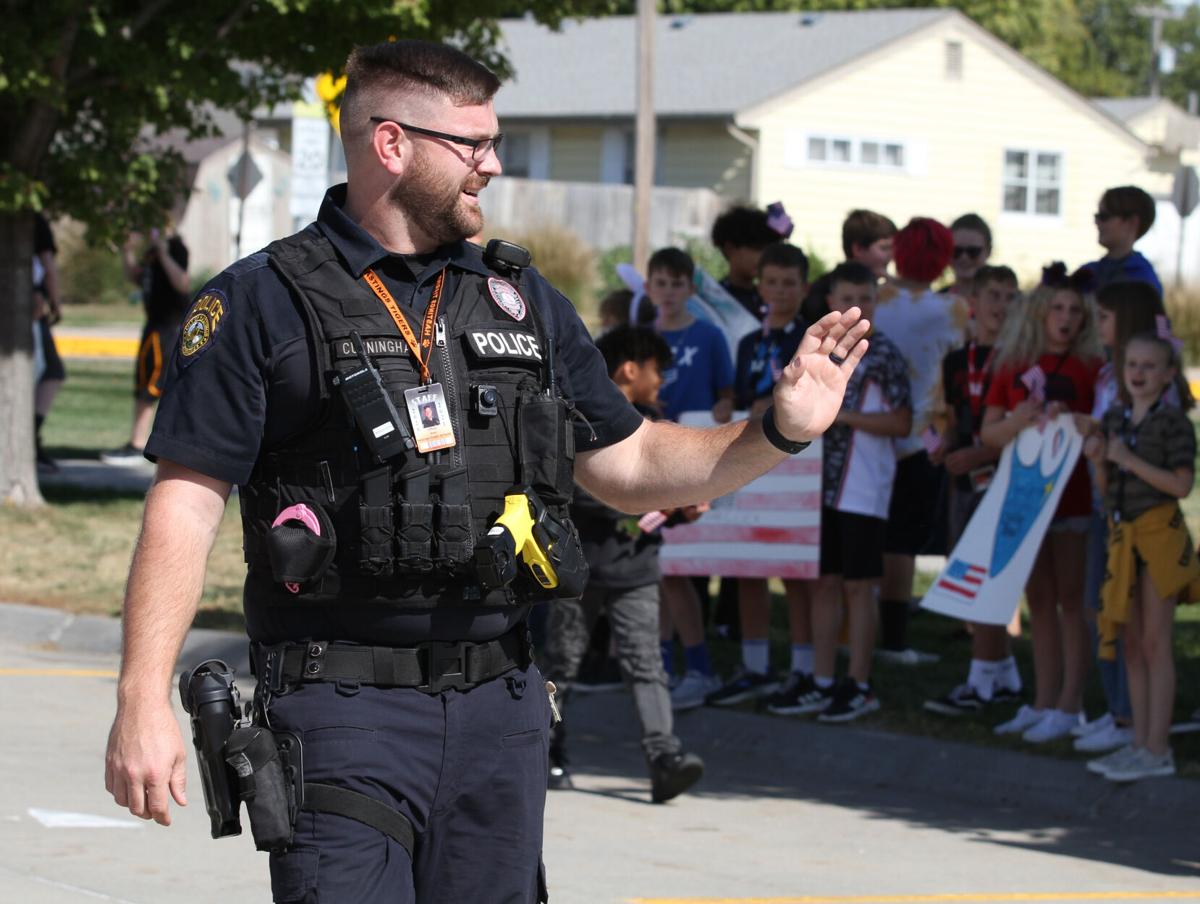 Hastings Police Officer Brad Cunningham waves to students at Hastings Middle School during a surprise send-off for Cunningham Friday at the school. 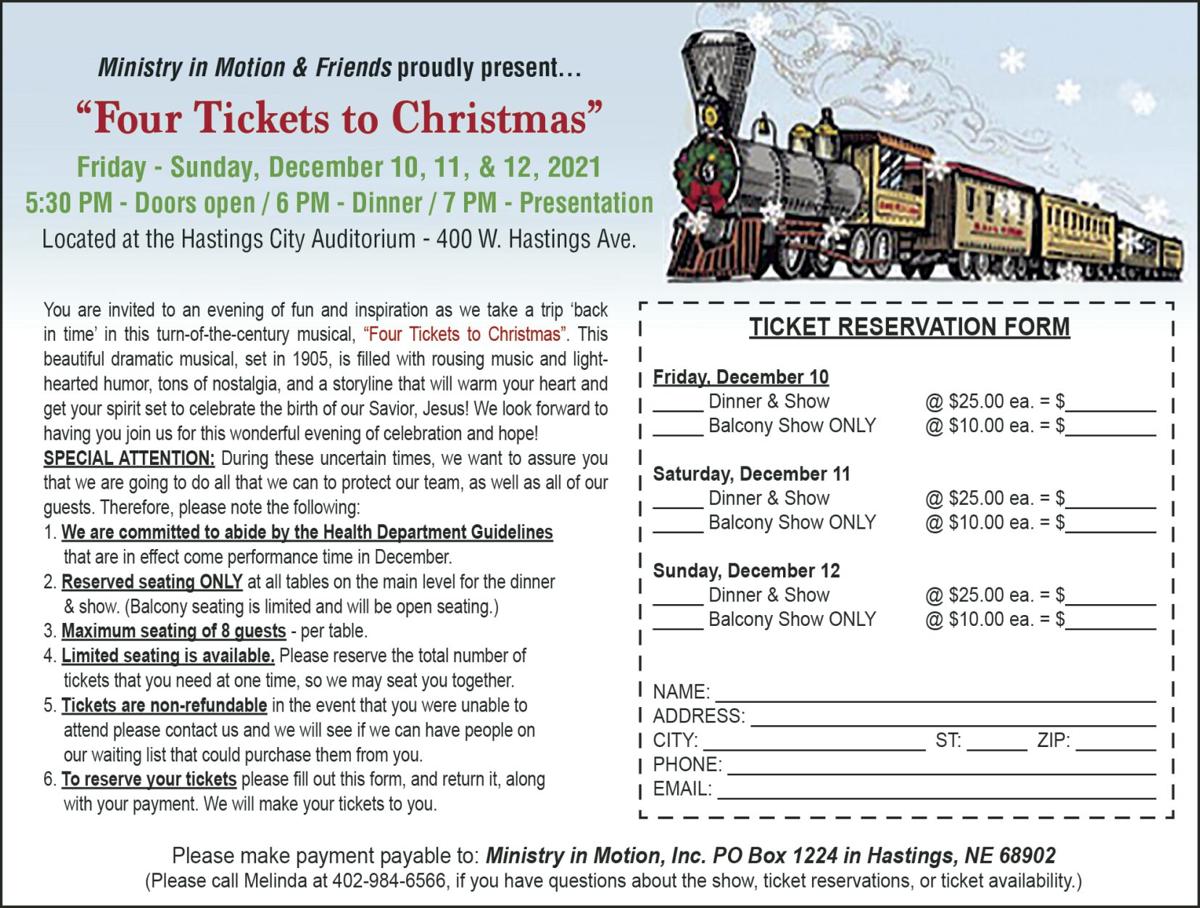 Hastings Police Officer Brad Cunningham waves to students at Hastings Middle School during a surprise send-off for Cunningham Friday at the school.

Students handed Cunningham cards and pictures they made for the sendoff as Cunningham walked along the driveway.

Caleb Pedersen, a sixth-grade student, said he was sad to see Cunningham go, but glad the school allowed students to wish him well.

Nathan Gallaway, a sixth-grade student, was glad to be able to make signs for the officer.

“It’s cool to be able to say goodbye to him,” he said.

Cunningham thanked everyone for coming out to wish him well on his last day.

“I really appreciate it,” he said. “It’s awesome. I love the support. I’m going to miss each and every one of you for the next year while I’m gone.”

Also on hand were a number of fellow officers with the Hastings Police Department as well as firefighters with Hastings Fire and Rescue.

HPD Chief Adam Story said it was encouraging to know the school wanted to provide Cunningham with such a great sendoff.

“It’s an amazing event,” he said. “It is a school function, and we’re grateful they included us in it. It goes to show the importance of the school resource officer.”

Cunningham is one of three HPD officers set to be deployed recently. Keyle Alcorn, high school resource officer, and Patrol Officer Mark Grupe also will be on hiatus with the department while fulfilling their military obligations.

This will be Cunningham’s third deployment since he joined the military in 2008. He went to Afghanistan in 2011 and was sent to Cuba in 2017. He was married with a 2-year-old son at the time he deployed to Cuba, but he said this time leaving felt even more emotional as he also had to say goodbye to the middle school students.

Cunningham started his career as a police officer with the Hastings Police Department in 2014. He worked various shifts in the department in the patrol division until given the opportunity to serve as school resource officer for Hastings Middle School.

In his four years in the position, Cunningham said, getting to know the students has been the best part. Along with school safety, he also provides education and mentoring to students. He said many students have come to him with issues and mentoring has been his favorite part of the job.

He was surprised and shocked by the sendoff, and the fact that staff and fellow officers were able to keep it a secret until Friday.

“It really makes me know I am wanted here,” he said. “I appreciate all the support.”