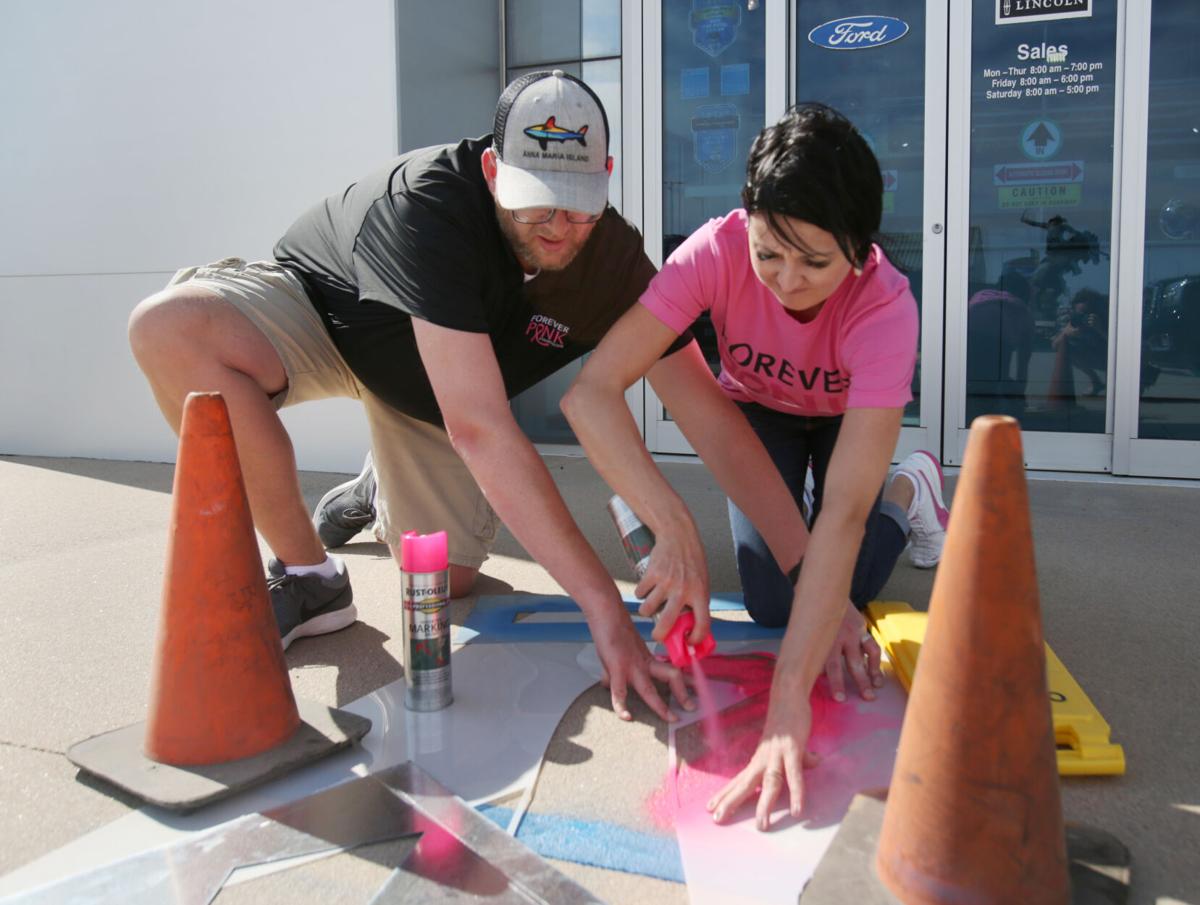 Bill Maendele and Loralea Frank, board members of the Forever Pink Foundation, use a stencil to paint a pink ribbon at Hastings Ford Lincoln Oct. 7, in conjunction with the 2021 Pink Patch Project. 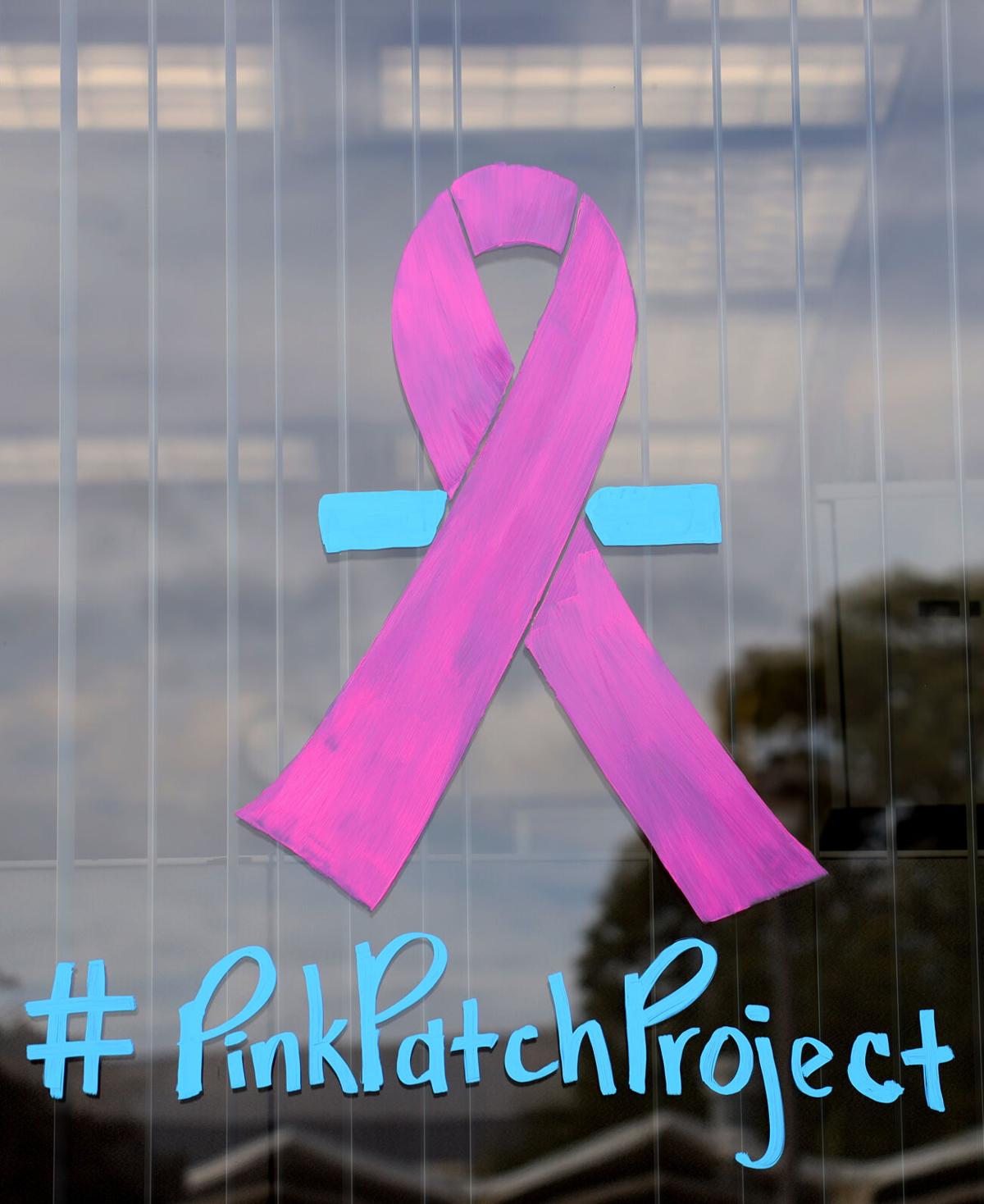 A painted ribbon, which is part of the Hastings Police Department Pink Patch Project, is photographed Oct. 7 at the City Building in downtown Hastings. 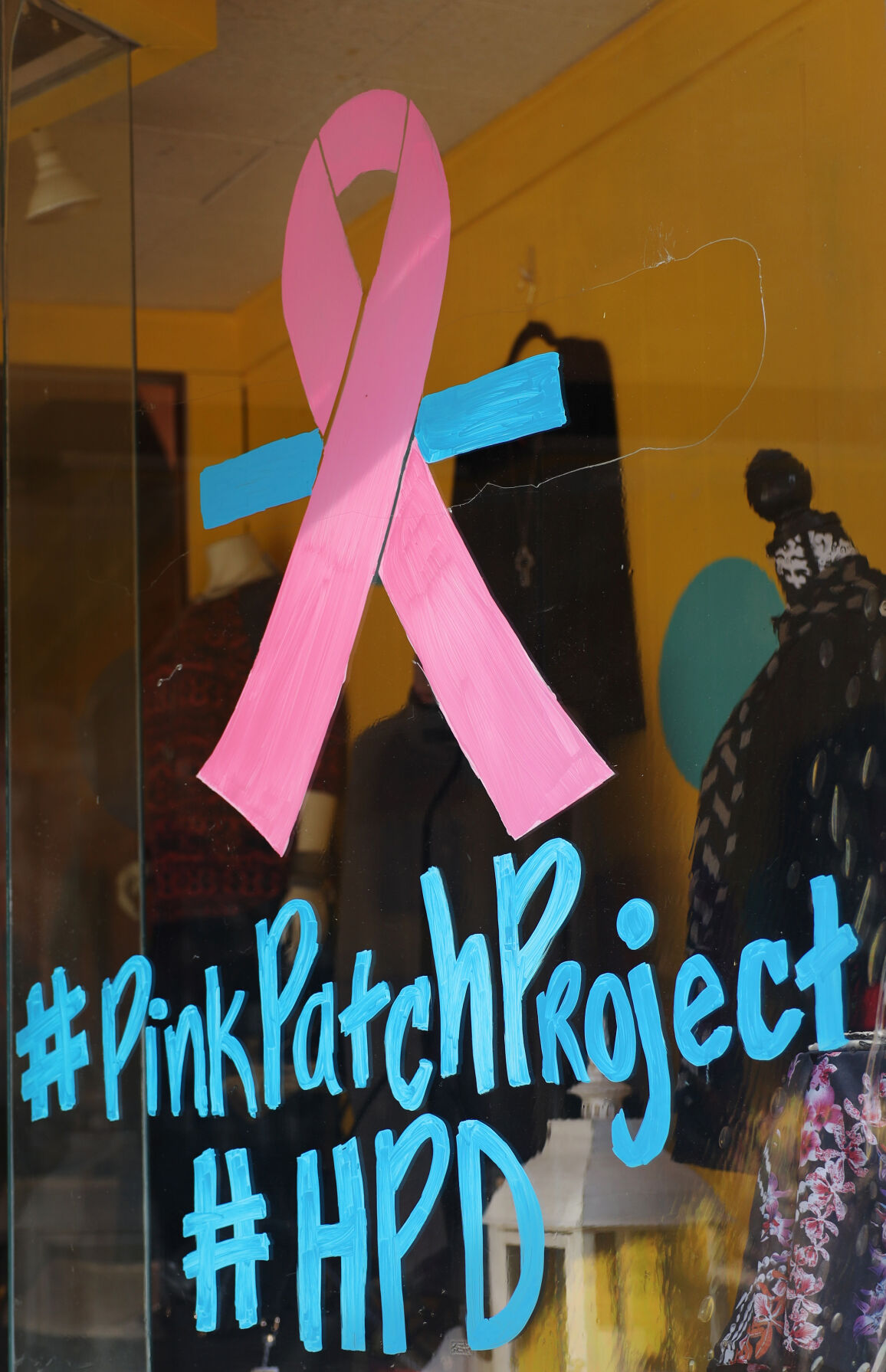 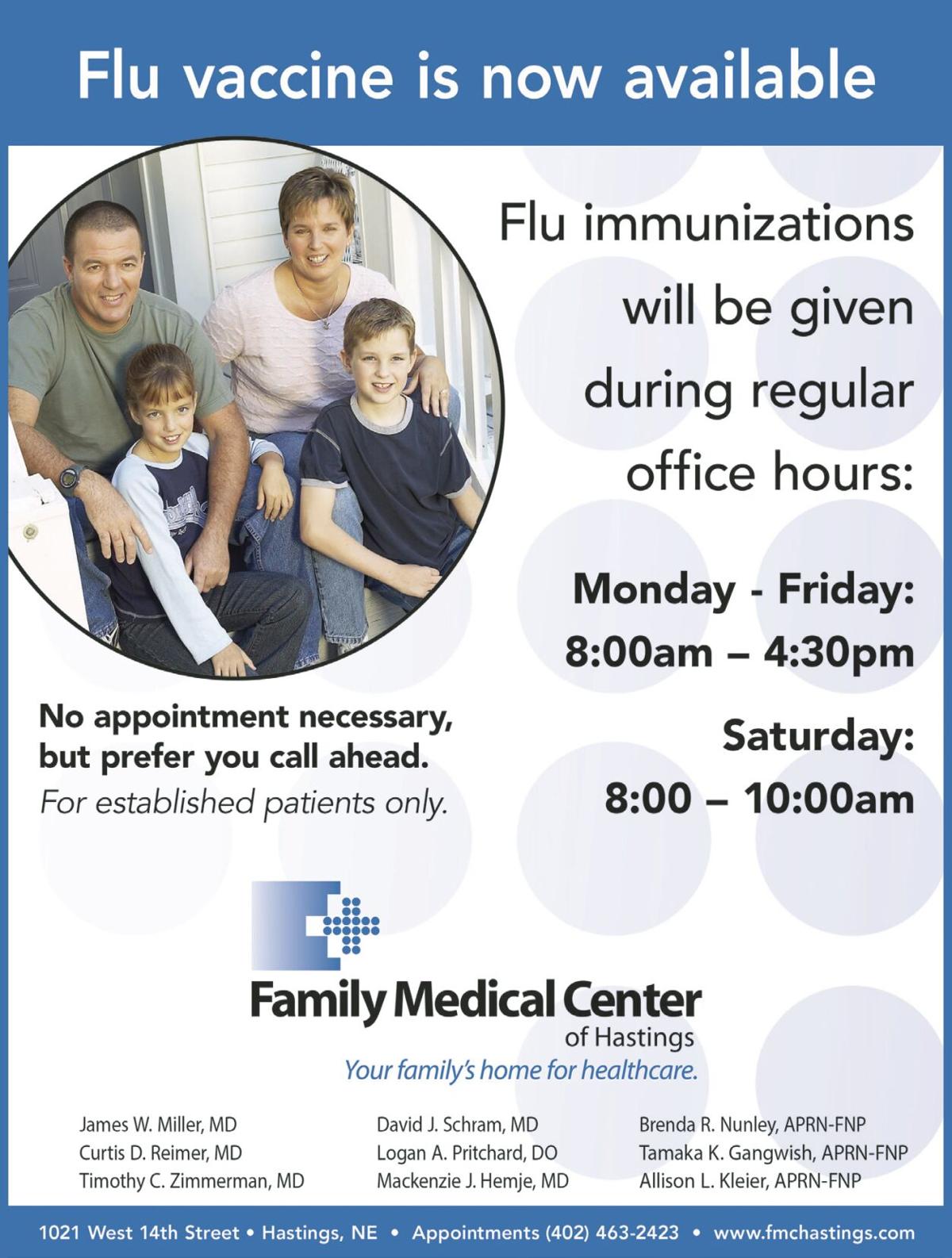 Bill Maendele and Loralea Frank, board members of the Forever Pink Foundation, use a stencil to paint a pink ribbon at Hastings Ford Lincoln Oct. 7, in conjunction with the 2021 Pink Patch Project.

A painted ribbon, which is part of the Hastings Police Department Pink Patch Project, is photographed Oct. 7 at the City Building in downtown Hastings.

Pink ribbons have been popping up all over the city as the community comes together to support breast cancer patients and survivors during Breast Cancer Awareness Month in October.

The Hastings Police Department joined more than 390 agencies across the country and over 20 agencies in Nebraska, including the Nebraska State Patrol, for the 2021 Pink Patch Project. The purpose of the Pink Patch Project is to increase public awareness about breast cancer and to raise funds for the fight against this disease.

During the month of October, officers may be seen wearing pink patches, pink badges or pink undershirts. Some police cars have been adorned in pink emblems. These displays are intended to stimulate conversations within the community and to raise public awareness about the importance of early detection and treatment.

Sgt. Kyle Williamson said many officers in the Hastings Police Department have become involved in the effort.

“Most everyone knows someone or knows of someone that has been through the fight or is currently fighting with breast cancer,” he said. “The majority of officers either wear a shirt with our pink patches, a pink badge, pink undershirt, or a combination of those. It sparks a conversation to raise awareness, and it also lets those who have lost a loved one, have a loved one going through the battle, or are survivors know that they are not alone in their fight.”

HPD has participated in breast cancer awareness since 2017, when it began selling pink patches.

Williamson said 2020 was the first time the department partnered with the Forever Pink Foundation. All proceeds will be donated to the charity, whose mission is to impact the Tri-Cities by providing focus, support and resources to financially and emotionally assist those battling breast cancer.

“Partnering with Forever Pink Foundation has given us a much bigger reach,” he said. “Last year, they helped put a scavenger hunt together for those who purchased patches and gave away some good prizes. This year, you can make a $30 donation and receive a pink patch, car magnet (similar to our patches), and either your driveway or window painted with the pink cancer ribbon and thin blue line and #PinkPatchProject.”

Tanya Wegner, president and founder of the Forever Pink Foundation, said it’s been great to have partnerships with area law enforcement agencies like HPD.

“We are really fortunate to have these community partnerships going on,” she said. “Through them, we’re able to reach out to the community.”

She said that according to a survey completed in 2019 by the American Cancer Society, Nebraska ranked 44th in women getting mammograms. Early detection is key in treating breast cancer, so Wegner said their main focus is encouraging women to get the testing needed to improve their survival chances.

Cancer takes a physical and emotional toll on patients and their families so Wegner said she created the Forever Pink Foundation to ease that burden. The funds they raise are available to help with medical expenses that insurance doesn’t cover. The foundation covers an area about an hour-and-a-half outside of Kearney.

Wegner said those grants wouldn’t be possible without the donations from individuals and businesses in the community.

“It’s so great to have that community support,” she said. “It means everything having those community partnerships such as the Pink Patch Project.”

To learn more about the Forever Pink Foundation, to donate or to apply for a grant, visit https://nebraskaforeverpinkfoundation.org.