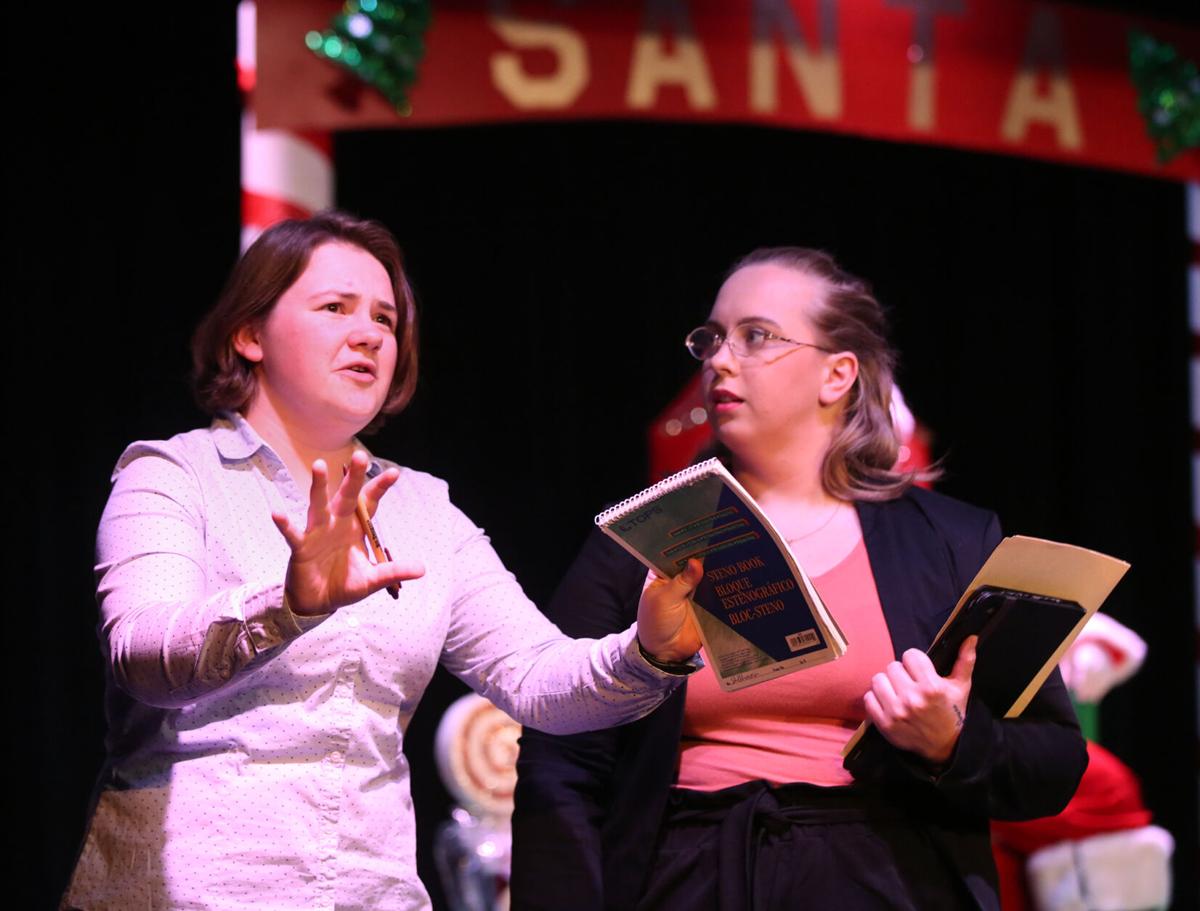 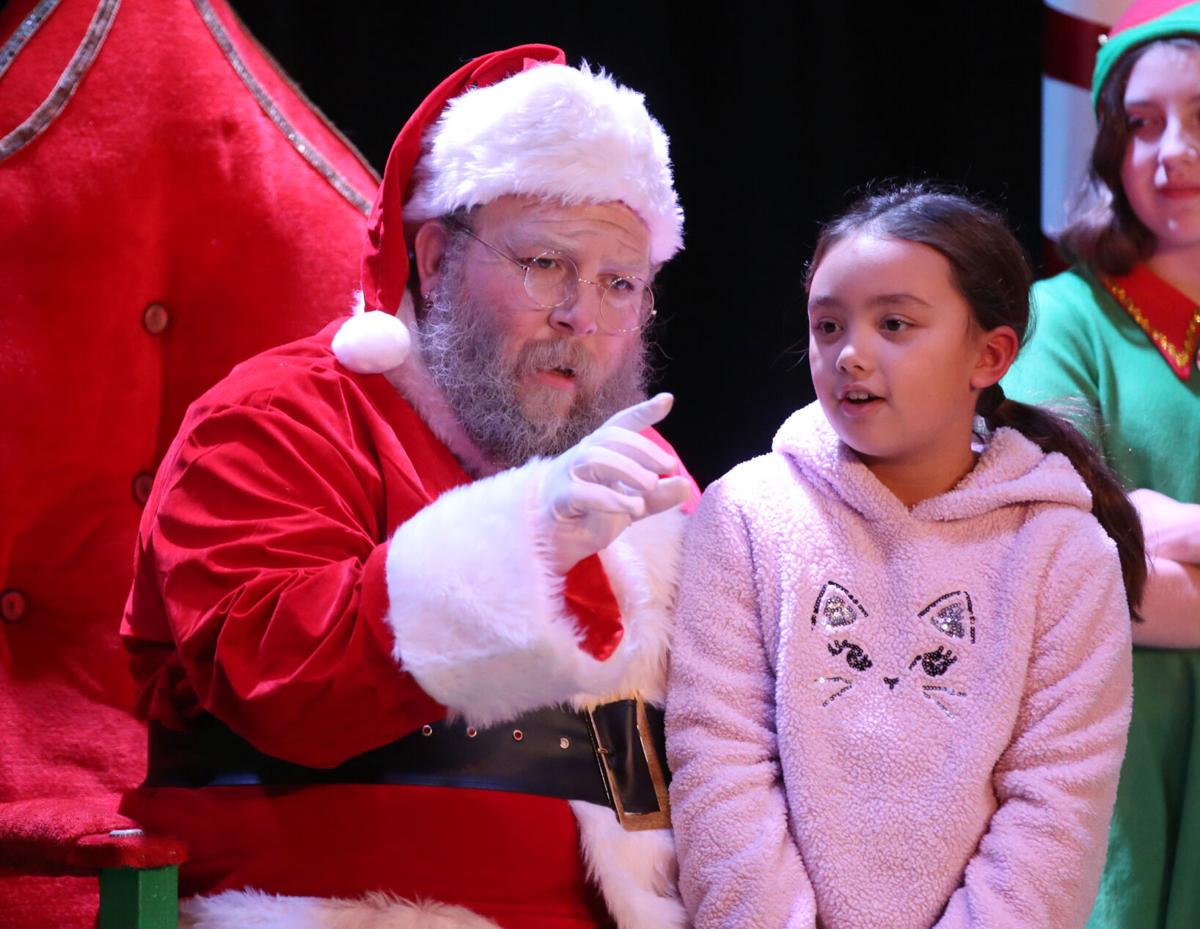 Kris Kringle, played by Dustin Velasquez, visits with the Dutch girl, played by Elle Freeburger, Wednesday night during a dress rehearsal for “Miracle on 34th Street” at Hastings Community Theatre. 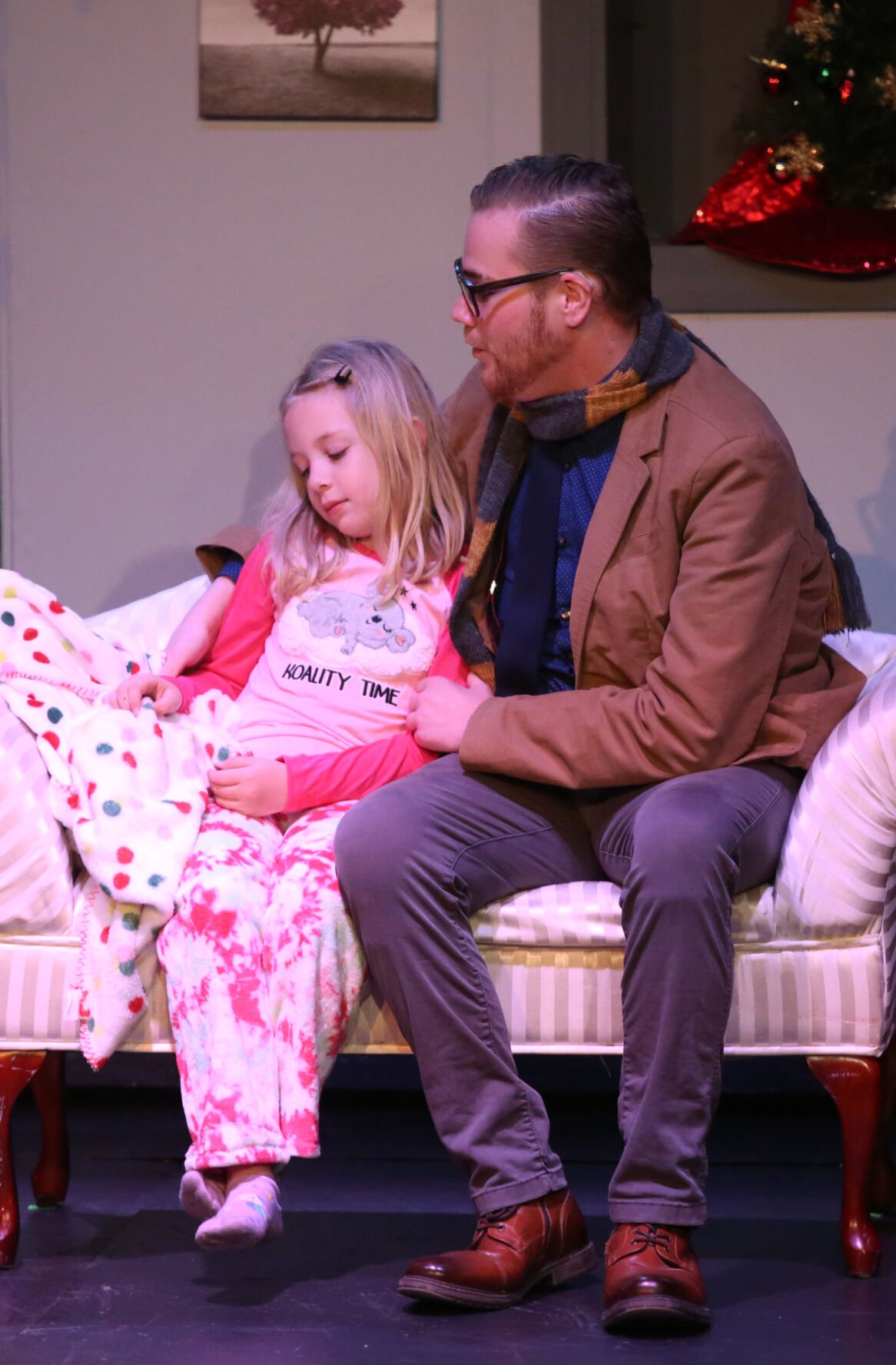 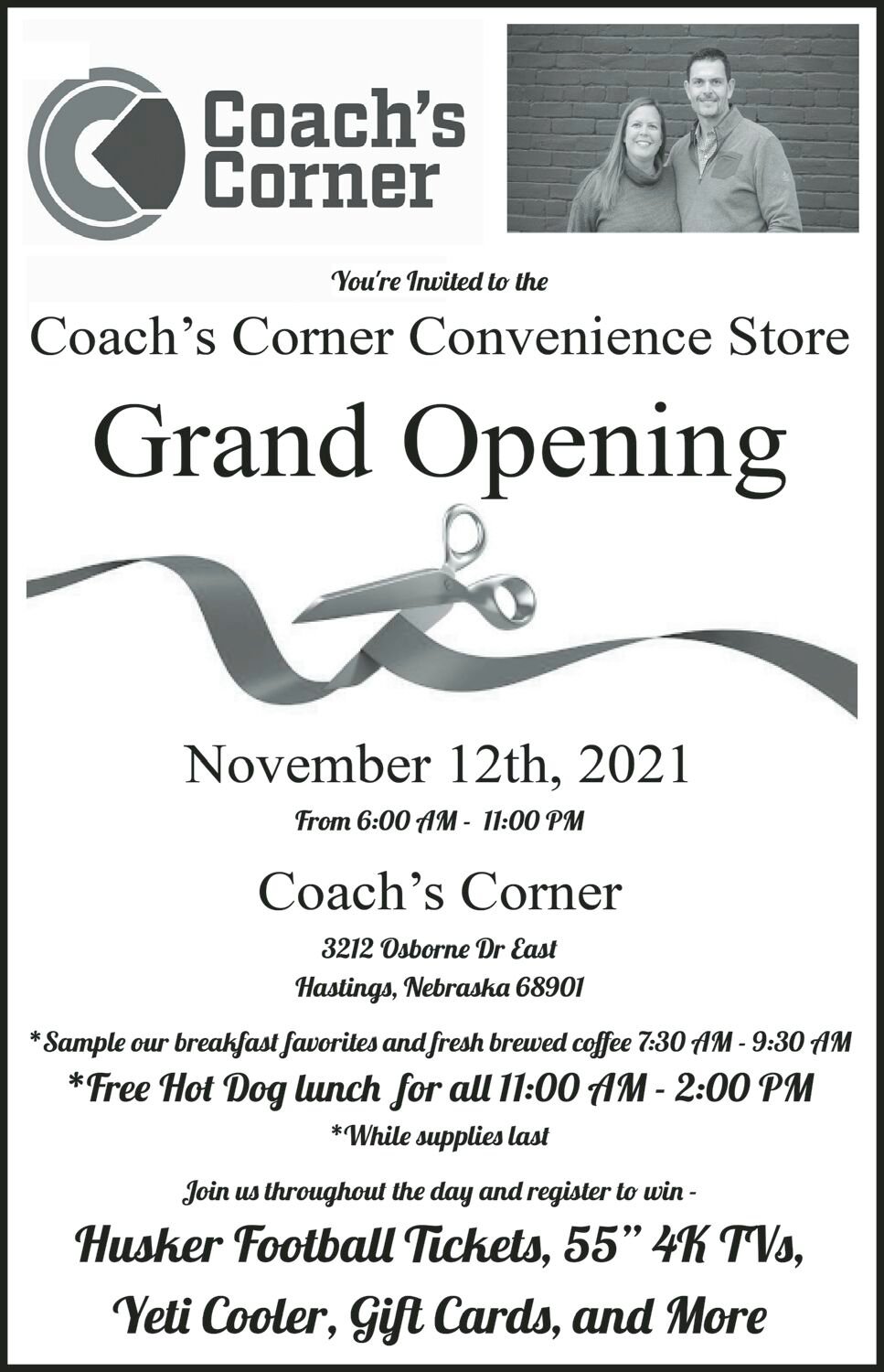 Kris Kringle, played by Dustin Velasquez, visits with the Dutch girl, played by Elle Freeburger, Wednesday night during a dress rehearsal for “Miracle on 34th Street” at Hastings Community Theatre.

The Hastings Community Theatre kicks off the holiday season this weekend with “Miracle on 34th Street.”

Based in part on the classic movie of the same name, this heartwarming holiday tale features a last-minute replacement Santa for the Macy’s Thanksgiving Day Parade who claims to be the real Kris Kringle.

The claim concerns the woman who hired him, Doris Walker, who rejects all notions of belief and fantasy and has taught her daughter, Susan, to do the same.

Kringle is committed which leads to a court case to determine his mental health, where his attorney argues he is in fact Santa Claus.

“Miracle on 34th Street” is the directorial debut for Morwenna Limper, who is directing alongside her mother and HCT veteran Berice Rosenberg.

“It’s been really great,” Limper said. “I’m glad my first experience got to be with my mom. She’s been really supportive and helpful.”

Limper has been an actor, choreographer and crew member with many shows during her life, but she wanted to try her hand as director for this production.

“Being someone who’s been on stage all my life, it’s exciting to work with actors and give them notes,” she said.

To help ensure her success, Limper was paired with her mother, who has directed many shows in her time with HCT.

Rosenberg said part of the HCT mission statement is to teach others in the community about theater. They often pair new directors with veterans to pass along that experience.

“We take the younger generation and train them up so they can take over for us,” she said. “Through that process, we’re able to make sure they know what directing is all about, how to inspire actors, how to design a set.”

She’s taken other young directors under her wing through the years, but this one is more special since it’s family.

“It’s a mom feeling proud about her daughter,” Rosenberg said.

With about 40 people participating as either cast or crew, Rosenberg said it is a large production for the theater. She said the play is nearly identical to the story of the 1947 movie, but they updated the time to 2021 to avoid the trouble of finding so many period-accurate costumes. This involved updating a few lines as well as the technology used in the story, but the overall story is much the same.

Many of the cast, which ranges in age from 4-71, have never been in a show before and needed to learn basics like projection, stage directions and backstage etiquette.

“She is absolutely adorable,” Rosenberg said. “She is only 7 but she was the first one to have memorized all of her lines. She’s very talented.”

She said audiences will enjoy the chemistry between Susan and Santa Claus, played by HCT veteran Dustin Velasquez.

When Rosenberg first saw Velasquez in full costume, she was amazed by the resemblance.

“He looks like Santa Claus,” she said. “It gave me goosebumps just to see him.”

HCT presents “Miracle on 34th Street” on Friday, Saturday and Sunday, followed by performances on Nov. 19-21. Performance times are 7:30 p.m. on Fridays and Saturdays with the Sunday shows at 2:30 p.m.

Hastings Community Theatre is located in the Good Samaritan Village, 515 S. Fourth Ave. Tickets are available online at www.hctheatre.org, and also will be available at the door on performance nights until sold out. Tickets are $20 for adults and $18 for seniors and students.

“This is your opportunity to find out if Santa Claus is real,” Rosenberg said. “It’s just a happy story, full of warm, cuddly feelings for the holiday season.”