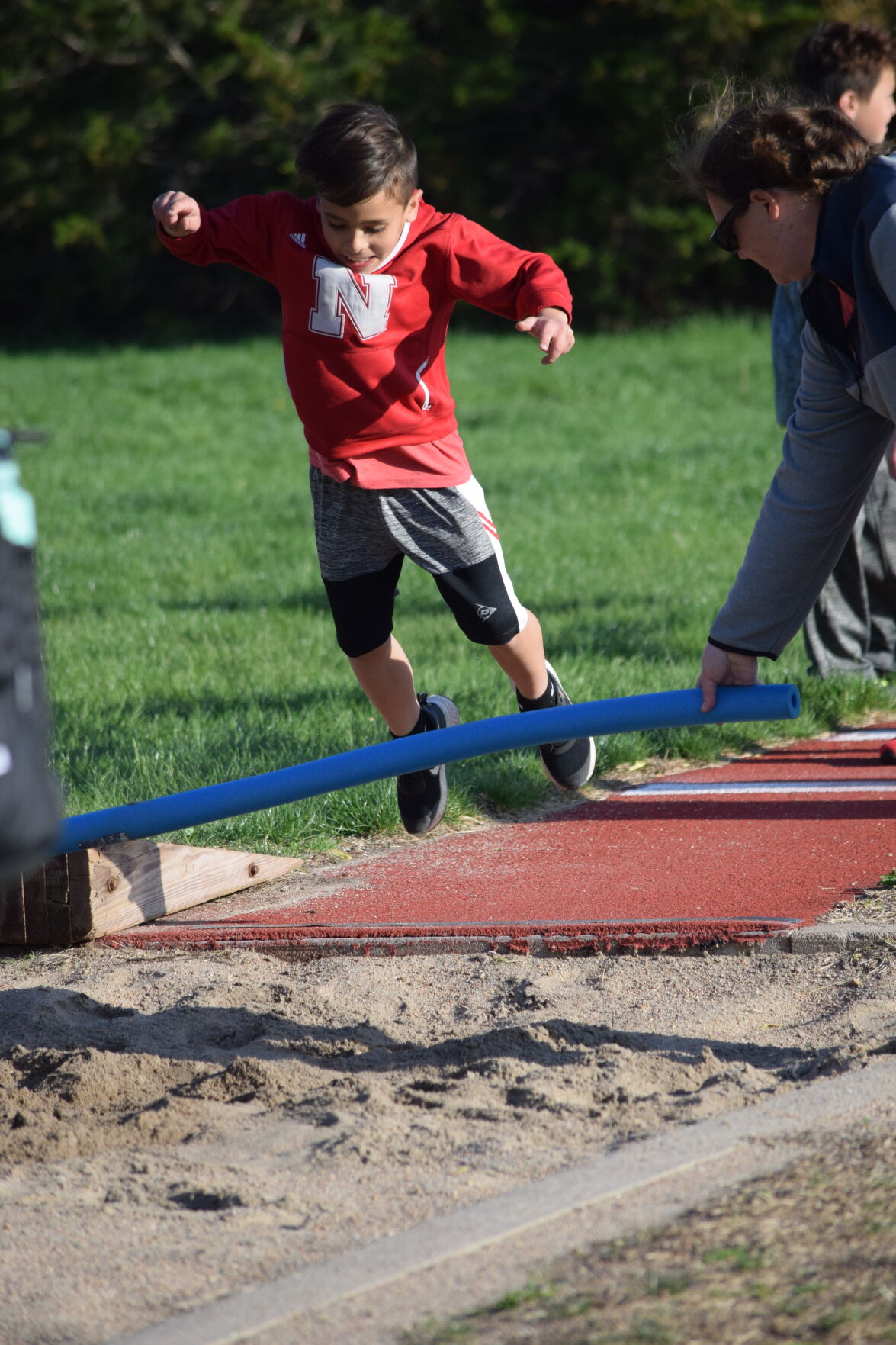 Soren Beckby, 7, of Hastings leaps over a foam pool noodle during the YMCA youth track program on Monday at the Hastings High School track. 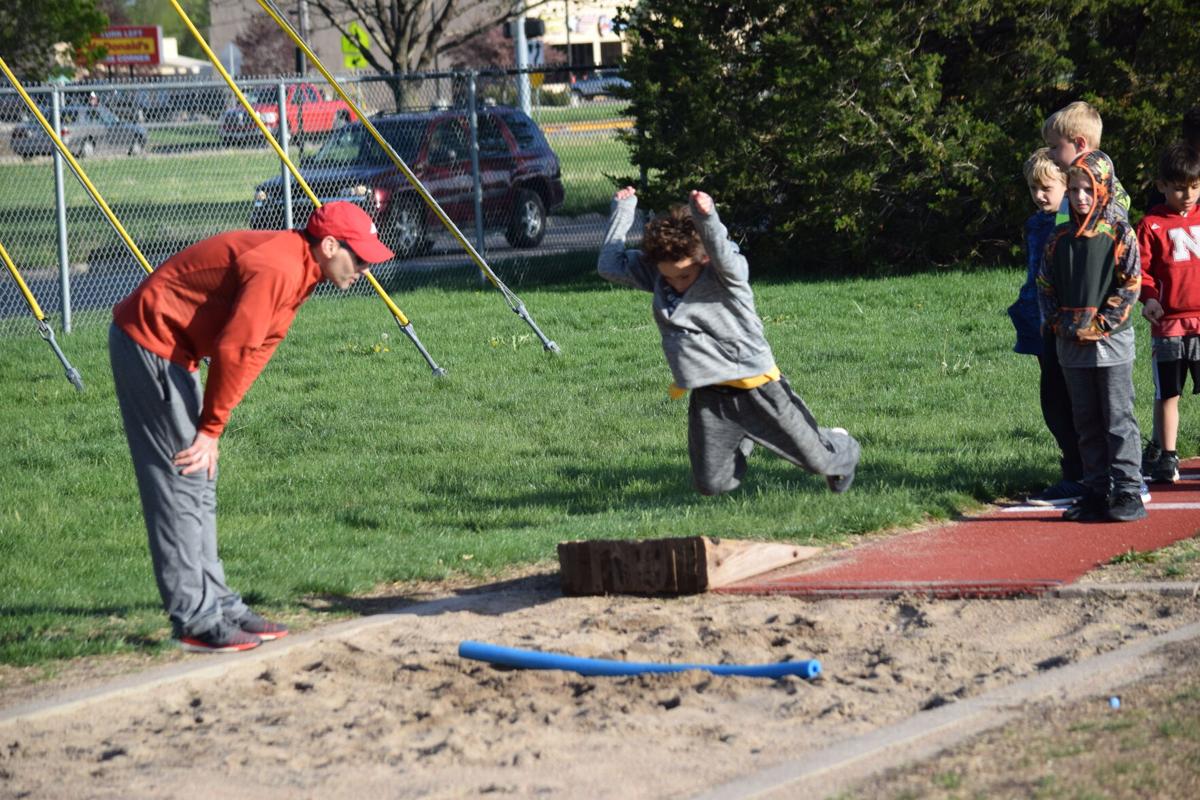 Elementary-age kids learned about track and field through a new program offered by the Hastings Family YMCA during the last four weeks.

“The program is set to conclude with the meet,” he said. “It will be a nice completion to the program.”

Practices were divided into four stations, each teaching and performing a different activity. Participants learned about sprints, distance running, long jumps and softball throws, events that will be included in the city’s track meet.

LeBar said the activities are catered to the age groups learning the skills, such as the younger children running shorter distances.

The program is another way the YMCA is working to get kids active to stay healthy.

“It fits into the YMCA’s mission statement,” he said. “It’s a way to put Christian principles into practice in a way that builds a healthy mind, body and spirit.”

He said the program turned into more of a success than he originally imagined. During the planning stages, he imagined the inaugural event would draw around 20 participants.

Instead, around 70 children signed up.

“I was blown away by the amount of participation we had,” he said.

Various community members had been asking for the YMCA to offer a track program. With the amount of feedback received, LeBar said, he decided to try organizing a program in conjunction with the city track meet.

Not being a track expert, LeBar reached out to area residents who knew more about coaching the sport. He met with around six to eight coaches several times to make the necessary arrangements for the program. He was pleased with their willingness to offer help.

Along with those with track experience, parents also were encouraged to help direct children in the groups. The experienced coaches led practices, and parents volunteered to help the coaches manage the children.

“As an organization, we want to create as many positive family interactions as we can,” LeBar said. “This is a good way for parents to show what it means to give back at the same time as they are having those interactions.”

Kristine Kasperbauer of Hastings brought her 7-year-old son, Soren Beckby, to the practice sessions to see if he would want to follow in his older sister’s track interest.

His favorite session was the long jump, where he got to land in the sand.

“He usually wouldn’t sign up for the track meet,” she said. “Now that he’s been exposed to it, it’s piqued his interest.”

The Central Nebraska Youth Track & Field Meet will be Thursday at the Hastings High track, organized by the Hastings Parks and Recreation Department.

The event promotes physical fitness, participation, friendship and sportsmanship for boys and girls 8-13 years old, according to the city’s website. Field events start at 4:30 p.m. with running events to start after field events conclude.

There is no entry fee, but pre-registration is required. No entries will be accepted on the day of the event. Entry forms are available at the Parks and Recreation office, 2015 W. Third St.