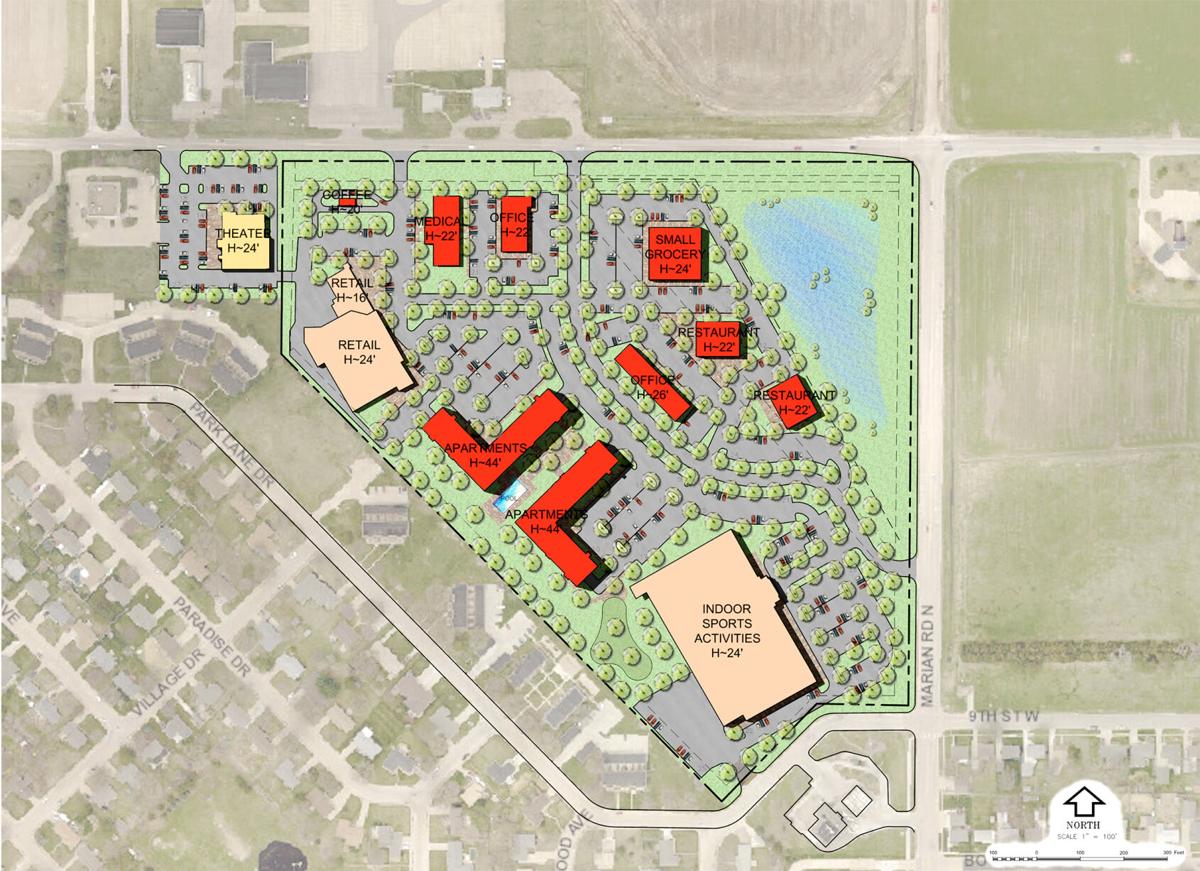 This drawing shows a conceptual site plan for the proposed “Theatre District” that would be built on the former Imperial Mall property at 12th Street and Marian Road in Hastings. 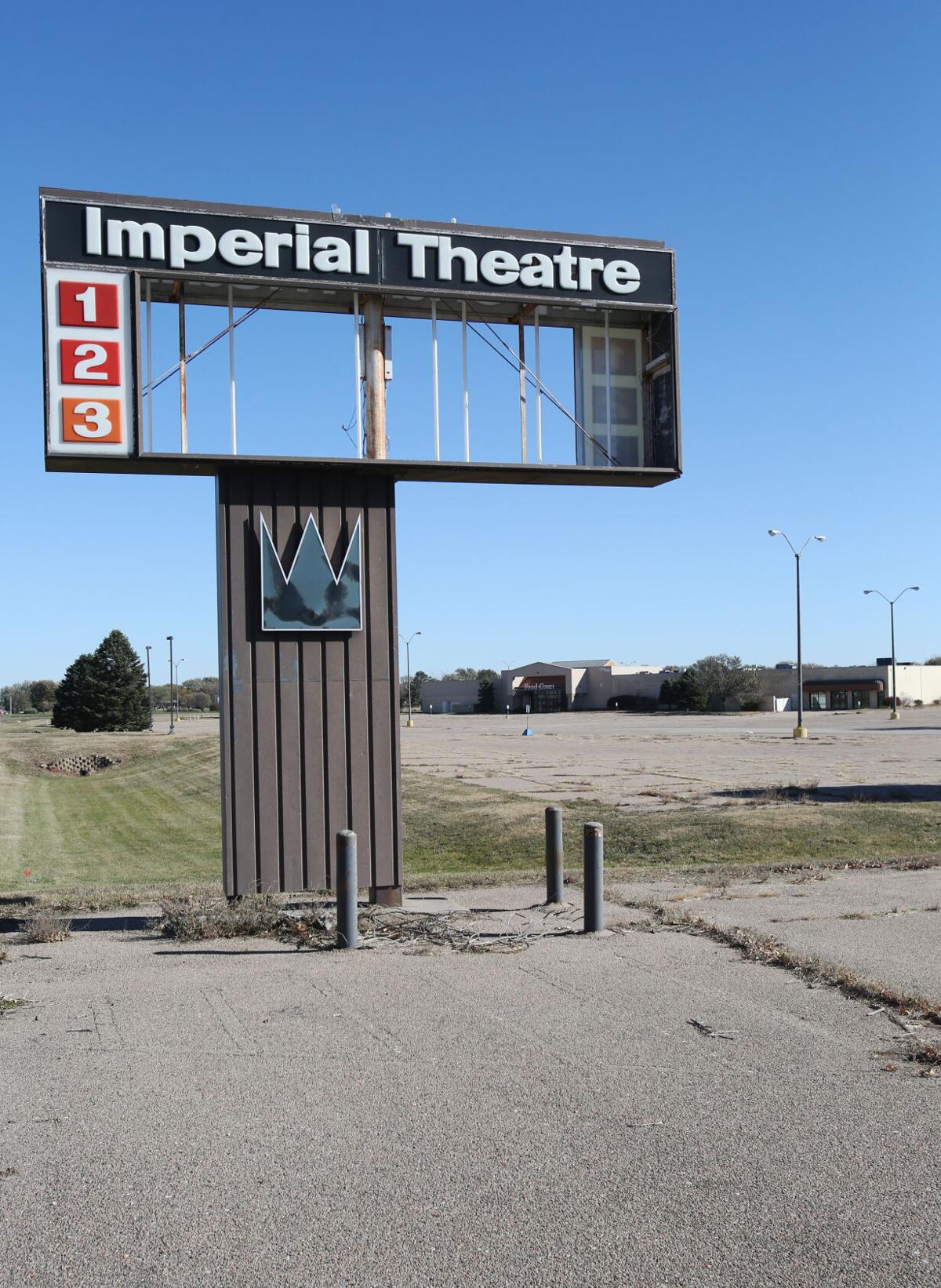 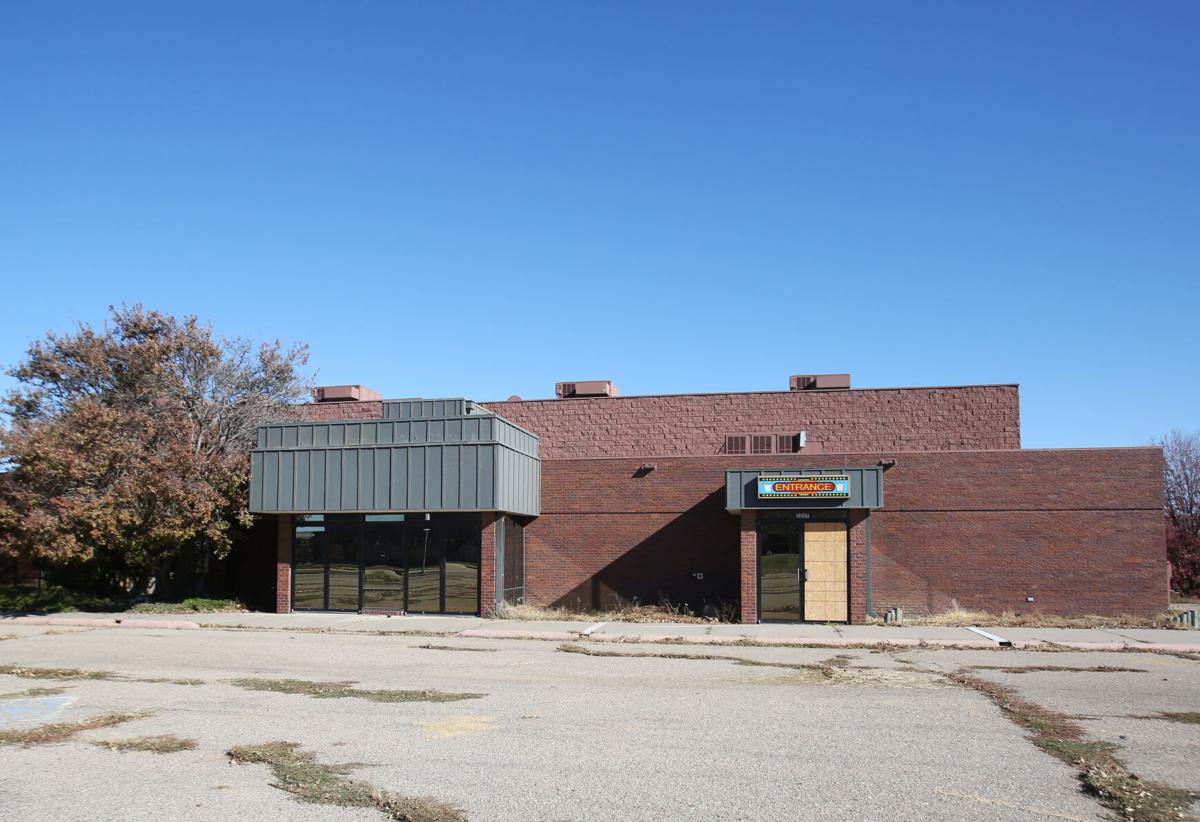 The former Imperial Theatre is shown Friday afternoon. The building would be redeveloped as part of the Theatre District project announced by Perry Reid Properties-Management LLC. 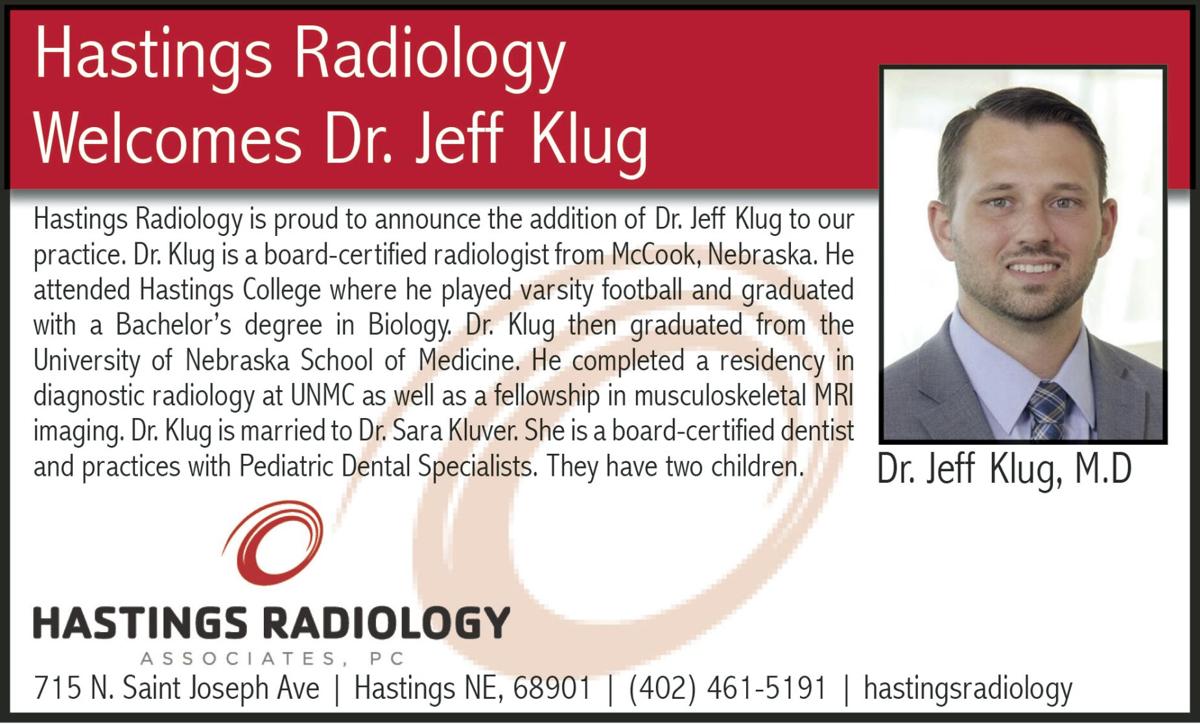 Developers are planning to transform the old Imperial Mall property on Hastings’ west side for a new mix of residential, commercial, professional and recreational purposes, with demolition of the main mall structure to begin soon.

Up to 150 apartment units, commercial and professional space, restaurants, a small grocery store and a potential indoor sports facility all are part of the developers’ vision for what the property could come to hold over a period of several years.

In a news release Friday morning, Perry Reid Properties-Management LLC and Cheema Investments LLC, a Scottsbluff-based group that purchased the property nearly a year ago, announced they have teamed to form Theatre District LLC, the entity that will tackle redevelopment of the currently derelict and almost entirely idle property at 12th Street and Marian Road.

The Theatre District concept, the news release said, is to provide a mix of uses that allow residents to “live, work and play” in one development.

Hastings Mayor Corey Stutte said he’s excited to see the project announced and believes it bodes well for the west end of Hastings.

“I think it will breathe new life into the community,” he said. “I’m really excited to see how it progresses.”

Growing up in Hastings, Stutte spent a lot of time in the Imperial Mall before moving away for college in 2000. When he and his wife, Laura, moved back to the city in 2012, Stutte said, he was disappointed in how much the mall had declined.

The mall was closed on May 31, 2019, after the previous owner, Namdar Realty Group of Great Neck, New York, failed to make safety repairs ordered by the Nebraska State Fire Marshal’s Office.

At that point, the once-bustling mall already had lost the last of its commercial anchor tenants, including Kmart and Herberger’s, and was largely vacant, with water leaks and a weedy, pothole-filled parking lot among its claims to community bemusement.

Since that time, a small Pizza Hut carryout and delivery store has been the only tenant still operating on the sprawling, 33.5-acre property, which in addition to the mall itself includes the nearby outparcel building once occupied by SunMart and a third building that once housed the Imperial 3 Theatres. The Pizza Hut store is in the outparcel building.

Cheema Investments purchased the property from Namdar for $340,000 on Nov. 15, 2019. Since that time, the investment group and the Perry Reid firm of Lincoln have been working to discern the best future use for the property, which stands lonely by day and eerily dark by night.

Now, however, changes on the property may begin occurring quickly. Phase 1 of the master plan for the “Theatre District Redevelopment Project” begins with demolition of the main mall structure beginning in November and may continue with construction activities as soon as early spring 2021, depending on the outcome of the relevant governmental approval process that already has begun.

Existing structures to be retained on the property include the south addition to the mall structure, which was built in the 1990s to house Kmart; the outparcel building where SunMart once was located; and the old theater building to the east, which would be “repurposed.”

The south addition to the mall structure, an 80,000-square-foot building that was built in the 1990s to house Kmart, is to be left standing for potential use as an indoor sports facility providing year-round indoor opportunities for such sports as volleyball, basketball and/or soccer. The exterior of that building is to be renovated as part of Phase 1.

Exterior renovation to the outparcel building also is included in Phase 1, with intended future use as a multi-tenant commercial and office building.

Other key work items in Phase 1 include construction of a new apartment complex with about 75 units for a target audience of residents age 55 and older.

A new public street also would be built through the interior of the project area to provide better access to the envisioned facilities on the property.

Subsequent phases of work would include an additional multi-family housing structure providing about 75 more dwelling units; a medical office; a coffee kiosk; restaurant and grocery pads; the repurposing of the old theater building; and inclusion of other support services to benefit the population of west Hastings neighborhoods.

Stutte believes the redevelopment will provide a new image for the city as visitors fly into the Hastings Municipal Airport to the north, a concern he’s heard expressed often over the last few years.

“It would be a great welcoming mat for people stopping in Hastings or coming for a visit,” he said.

“They’ve already got experience in Hastings,” Stutte said. “We feel like they’re going to be a really good partner to move this forward.”

He said the plan incorporated many of the ideas brainstormed during a series of meetings hosted by the city to consider other uses for the mall.

The Imperial Mall opened in 1970 and for many years was a busy center of commercial and social activity in Hastings, including more than 35 large and small businesses and a food court and arcade.

The property saw a succession of ownership changes through the decades, and changes in the larger retail landscape contributed to its decline over an extended span of time.

Kmart closed its Hastings store in August 2016 as the chain’s parent company at the time, Sears Holdings Corp., sought to navigate its way through a period of severe financial distress.

The Hastings Herberger’s store closed in late summer 2018 as a result of corporate bankruptcy for its parent company, The Bon-Ton Stores Inc.

Imperial Theatre to be renovated

P lans are in place to bring three movie theater screens back into use in Hastings.