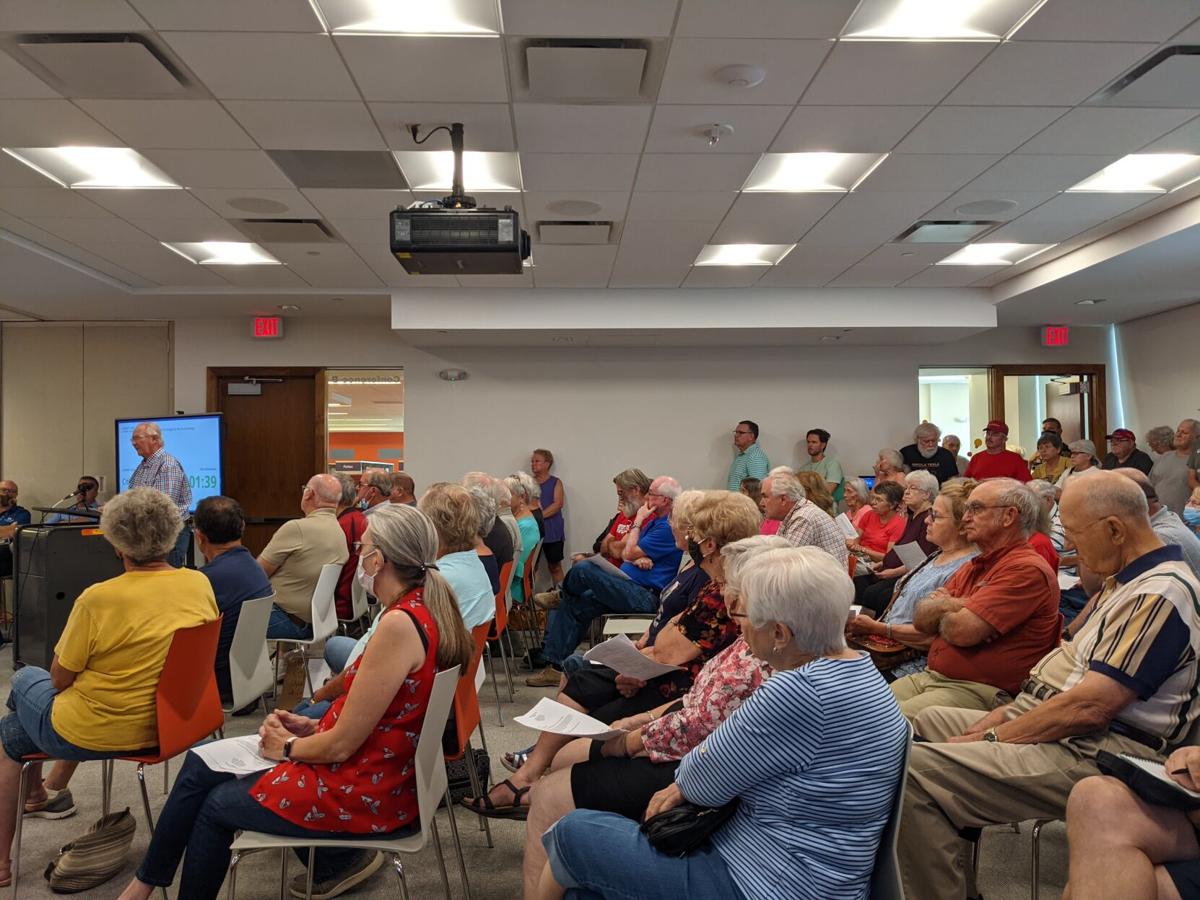 Willis Hunt speaks during the Hastings City Council meeting Monday at the Hastings Public Library. A large crowd was present to oppose funding for the demolition of the 16th Street viaduct. 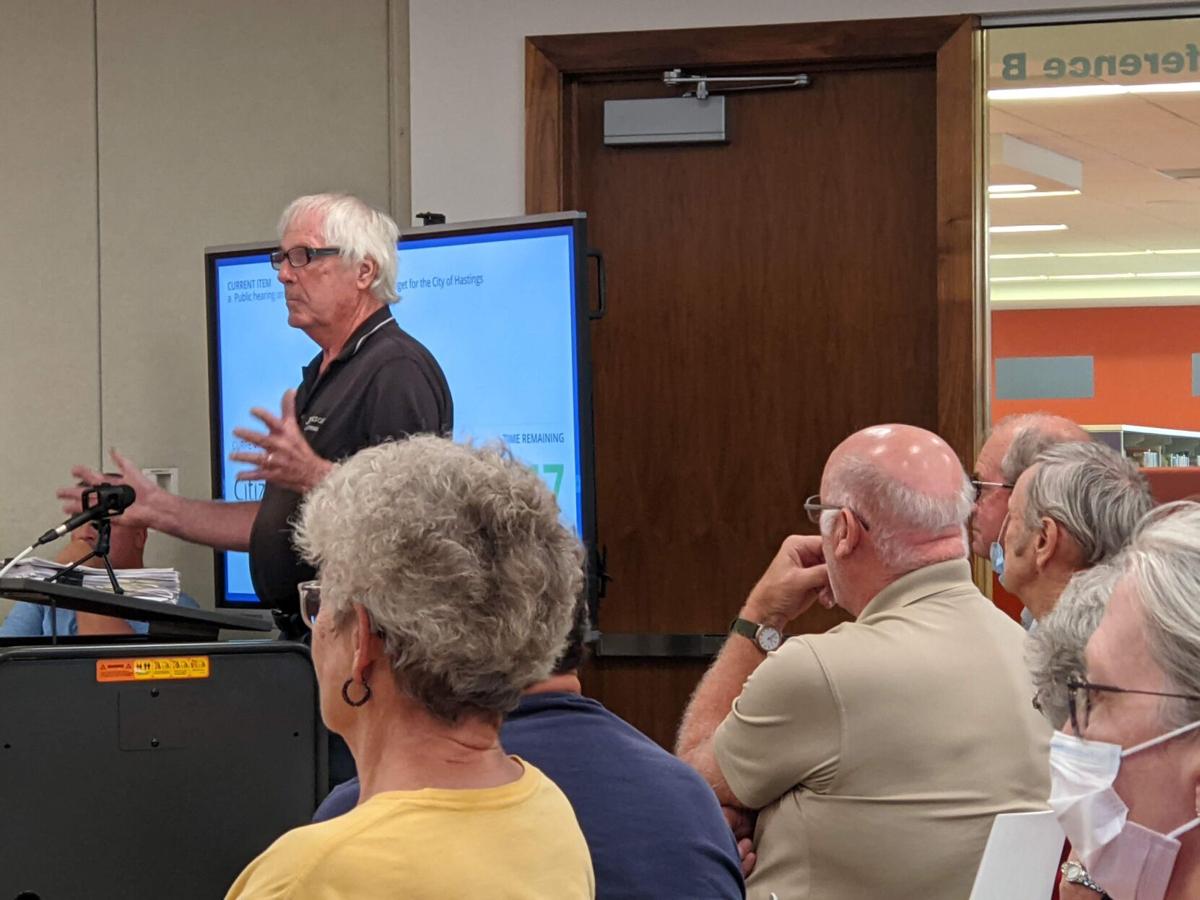 Alton Jackson speaks during the Hastings City Council meeting on Monday. Jackson was one of nearly 30 speakers who expressed opposition to funding for the demolition of the 16th Street viaduct. 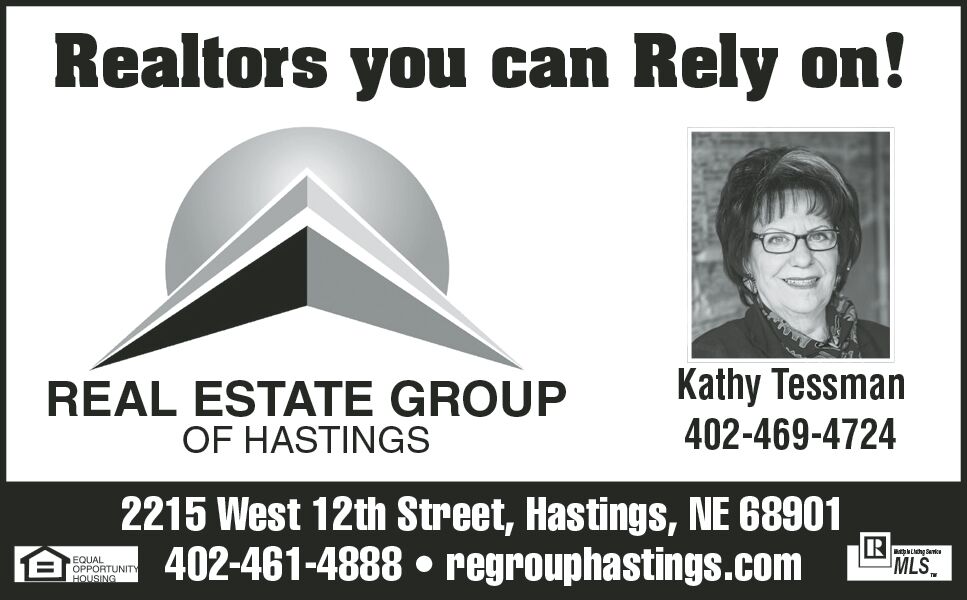 Willis Hunt speaks during the Hastings City Council meeting Monday at the Hastings Public Library. A large crowd was present to oppose funding for the demolition of the 16th Street viaduct.

Alton Jackson speaks during the Hastings City Council meeting on Monday. Jackson was one of nearly 30 speakers who expressed opposition to funding for the demolition of the 16th Street viaduct.

Members of the Hastings City Council approved the different components that compose the 2021-22 city budget but only after hearing more than an hour of public comment from Hastings residents wanting to save the 16th Street viaduct.

More than 60 people attended the standing-room only special meeting on Monday at the Hastings Public Library second-floor conference room. Nearly half of the individuals present spoke in opposition of the budget if it meant demolishing the viaduct instead of repairing it.

The special meeting, which included the budget, was the first of two council meetings.

“Tonight you see a gathering of people you could’ve had a long time ago,” Willis Hunt told council members. “You closed a viaduct that carried 4,500 to 5,000 vehicles a day. You gave no notice to any of the people that had businesses along there, two of which have failed since then. Why not have a meeting like this — invite people to give their opinions about the matters that come before you. I think their support is needed. I think it’s very, very important.

“Please, please; use what you have in your budget to help give those people, and the rest of Hastings, an opportunity to travel on 16th Street across the viaduct.”

Council members voted 8-0 to approve an ordinance that adopts the annual appropriation bill for the city and adopting appropriate sums for the necessary expenses and liability for fiscal year 2021-22.

Nearly all of the people who came to the budget meeting left once the public hearing closed, however — before any voting took place or council members responded to any of the claims leveled at them.

The city expenditure budget is $74.8 million. That is an increase from $56.58 million in the 2020-21 budget because there are a number of big-ticket items in the expenditure side of the budget, such as anticipated bonded projects.

Even though they are separate, the budgets must be combined for submission to the state.

City Administrator Dave Ptak said the city’s proposed property tax levy rate is 44.97 cents per $100 valuation, which is the same rate that has been in place since 2016.

The budget must be approved and given to the state before Sept. 20.

Included within the budget is $1.7 million for the 16th Street viaduct.

“I ask you, please, take a more definitive look at what it will cost the city to close it in comparison to repairing it,” Glen Krueger said. “If the city can get 25-30 more years of using it, isn’t it worth it? It appears to me it will cost more to remove it than to repair it. With the ballot language being confusing it still was a very close vote. I suggest you spend a small amount of money and get two or more quality overpass contractors to give you an estimated cost to repair it. This will give you a better estimate of repairing it.”

The crowd got boisterous at times, with several individuals booing and laughing at City Attorney Clint Schukei and calling him a liar when he attempted to explain the process that led to the wording on the 2020 ballot, which included a question giving voters the opportunity to authorize the rebuilding of the 16th Street viaduct, by issuing bonds in an amount not to exceed $12.5 million. The ballot item narrowly failed.

Mayor Corey Stutte asking the speakers to be respectful.

“We haven’t had a voice,” Alton Jackson said. “We understand you want us to be respectful, but we have not had a voice. Some of you are my friends, but this is frustrating. Some of you have not listened to any of this. We at least have an opportunity tonight and thank you for letting us have this.”

He told the council members he respected all of them and said he is a longtime friend of many of them.

“This isn’t a lot of fun, but we mean business,” Jackson said. “We see ourselves as having our voice taken away. Some in this room have done more homework on this much needed historic viaduct than most of you, but you still want to tear it down.”

Several of the speakers accused the mayor and city administrator of a bait-and-switch, changing ballot wording for the viaduct from “repair” to “rebuild.”

However, it was Councilman Butch Eley who made the motion last year to change the wording to say “rebuild.”

“I’d like to remind everybody that the board members for your committee were present for all the reports that came out,” Eley said. “It was not the mayor or city administrator who changed the ballot language. It was me. I made the motion to change it from repair to rebuild based on input from Olsson’s Jay Bleier, who said the assumption Olsson put forth did not take into account the exceedingly poor condition of the bridge itself as well as the rotation in the structure, which indicates the structures have failed. In Olsson’s opinion, it is not a viable option to save the bridge because the cost would be excessive. It would not benefit the community.”

After an initial report, Olsson sent a letter to the city recommending the bridge be demolished and if deemed necessary through a traffic study, reconstruction of a modern bridge structure at the same alignment or at another location would better benefit the city of Hastings.

“Which was the rationale for my motion to rebuild versus repair,” Eley said. “There was no repair option. The repair option was the same as the rebuild option. That’s why I went with rebuild. I appreciate your enthusiasm on this subject, but there are two sides to every issue. Everything I’ve got — verbal, written communications, people I’ve talked to — you people are in the minority.”

Most of the feedback he received was to raze the structure. People told Eley they didn’t want to pay taxes to rebuild the bridge, and if they do they favor building it somewhere else in Hastings.

Councilman Chuck Rosenberg said just because $1.7 million is included in the budget for the viaduct doesn’t necessarily mean those funds would be used for demolition.

“That does not mean that money is going to the demolition of that bridge,” he said. “If we vote on a low bid to demolish the bridge, that’s when it’s going to be demolished, but that money would be used for engineering and other purposes in addition to things that are needed for that bridge even if it is to be saved.”

Councilman Matt Fong said it is disheartening to hear inflammatory comments about council members, the mayor and city staff.

“I think it’s really disheartening to hear; we do have contentious issues relating to some of these things we’re voting on and discussing, but that doesn’t mean these are issues that we are trying to be malicious about,” he said. “I think it’s really important to remember we’re people that are trying to make the best decision that we can with factual information that has been provided to us. I think it’s also really disheartening that after the public comment section was over there’s nobody left at the rest of the council meeting. It’s unfortunate to hear and see that there’s only one side of information that has been presented and shared. They just wanted to be heard.”