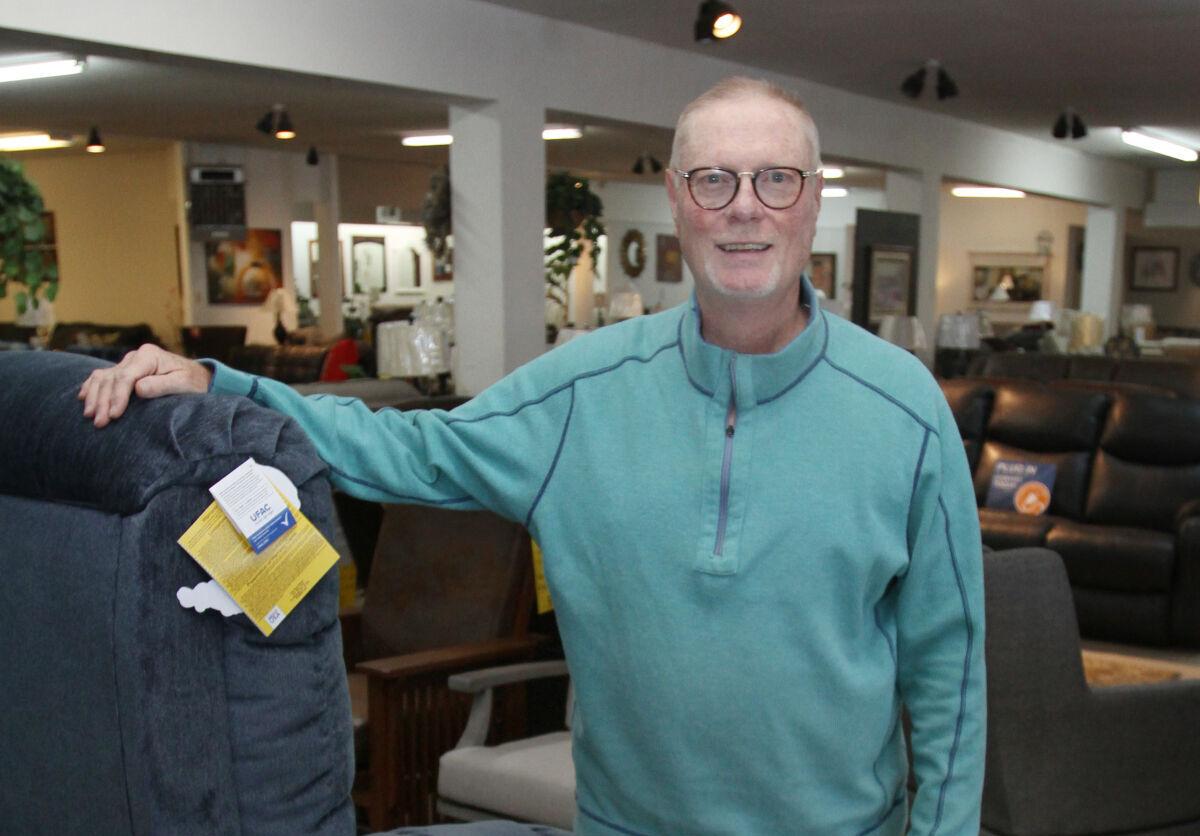 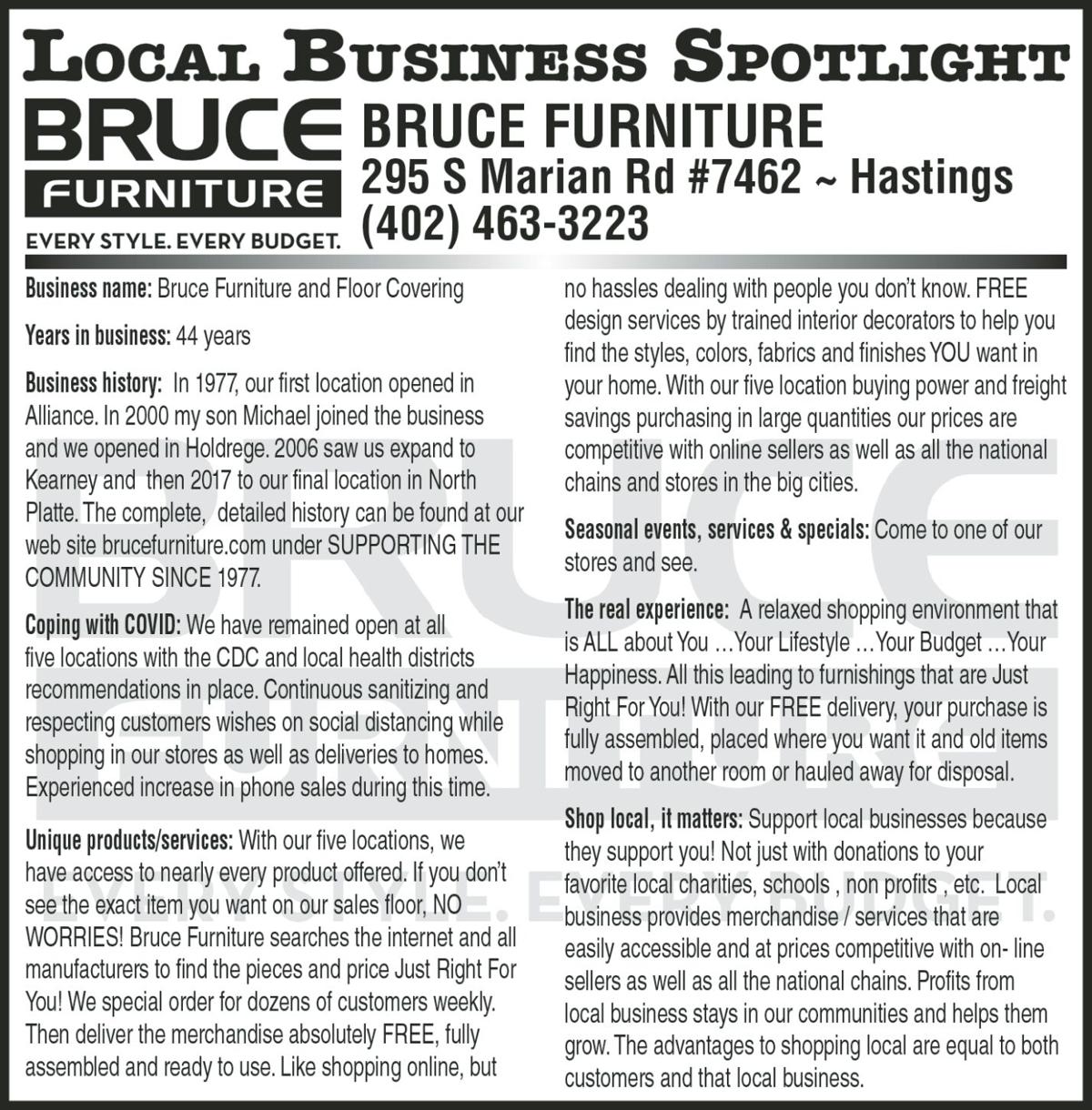 Doug Bruce’s passion for the furniture business began when he was 15 years old.

“I pedaled my two-wheel vehicle towards the furniture store in my small hometown,” Bruce said. “Little did I know that the first day on the job would open my eyes to a lifelong career of helping people have a more comfortable and beautiful home.”

After that first day, Bruce, owner of Bruce Furniture, did all he could to reach his goal of owning his own furniture business.

He spent five years at that local furniture store, four years at the University of Nebraska-Lincoln getting an education in marketing and business, and four more years getting hands-on training to find out more about the furniture business before his dream to own his own store finally came true.

The doors to the first Bruce Furniture store officially opened in Alliance in May 1977.

But it took more sweat and personal sacrifice on the part of Bruce and his wife, Donna, to get the building remodeled and the business off the ground.

They spent every cent they had to start the business, including Donna selling her first new car to generate more cash. Since they had no housing, they lived in the store with their 6-month-old son, Michael.

“So we lived there until the store was ready to open,” Bruce states on the company’s website. “I did all of the remodeling myself to save money and slept in the office. We unloaded all our belongings, put a mattress on the floor, and bathed in a tub left behind by the previous tenant. Donna cooked on a single burner hot plate and boiled water for bathing.”

Michael joined the business in 2000.

Bruce said he likes that his furniture stores are able to serve all members of the community, adding that he wants his stores to be all things for all people as that is something they learned in the beginning that would separate their business from others.

“We don’t sell furniture, we don’t sell mattresses, we don’t sell floor covering, we solve home furnishing problems,” Bruce said. “We provide solutions to problems and solve those problems with the most efficiency we can in terms of time and within their budget.”

He said Bruce Furniture is a full-service furniture store, meaning they work with a customer by first finding a place to start in picking out furnishings to eventually getting them into the home.

“We’re not going to pick it out and say this is what you should have,” Bruce said. “We’re going to give you a variety of choices and options.”

Once that choice is made, the next step is to get the new furnishings to the home and in the right spot as well as helping the customer relocate any old furnishings.

“We put the new products in place,” Bruce said. “The older pieces we move to another room or haul off to disposal or take to a charity, if that’s what the customer desires.”

Bruce Furniture tries to do what’s in the customer’s best interest, he said.

“We’re not just selling mattresses or recliners, we’re trying to improve the quality of their life,” Bruce said.

“Little did I know that the first day on the job would open my eyes to a lifelong career of helping people have a more comfortable and beautiful home.” — Doug Bruce, Bruce Furniture